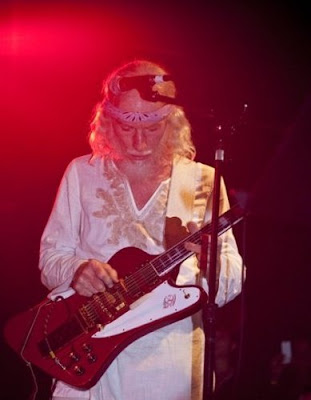 Hello my friends,
I
promised Klemen I would write something for “Its Psychedelic Baby” months ago
and so here it comes, in The Eternal Now, just like we play it in Yahowha13.

Psychedelic music, to me, is pure spirit and emotion. It is the
open-ended sometimes harmonious “imaginarium” of sounds and feelings
originating from the primordial depths of our less listened to voices from our soul.
It is the gift of the “mu-gician” architects of sound, who have desired to
explore the unknown, unheard vibrations the cosmic mind is capable of
producing. Father’s gong  playing was
often part of our morning meditations right after our sacred herb ceremony and
I can remember the journey it would take me on into so many detailed dimensions
and sound-scapes of imagination…. how relaxed and settled I’d feel, physically
and mentally, after he brought us back into 3D for a landing. Where had we
gone? What happened? We knew the power and potency of that experience on so
many levels being “penetrated” and that we must share this with others.

Psychedelic music, at its best, is free medicine…closer to a medicinal
use of music than is the popular music of the day. It is more akin to shamanism
than entertainment. Yes don’t be surprised to discover you have the power to
replenish, renew and help someone’s healing with your “sound medicine”.
Psych-rock is not the usual egoic use of music to me, it’s a service provided
by the universe to a society with great psychological need for liberation from
narrow mindedness….why else would it have come into existence and be growing as
it is otherwise? Nothing exists without a purpose.  Psychedelic music, raw and unfiltered,
liberates from restrictions… and people need this even if it is vicarious.  Psychedelic music is like a form of yoga,
which means union, because it can hook one up to limitless life energy,
bypassing intellectual thought and judgment to experiences of pure mental and
spiritual vibrations not received in everyday normal life activities.

Psych-rock contains all possibilities, like the universe, yet has no
preceding genre that is its direct parent. It was truly a musical misfit of
sorts when we entered its realms as Yahowha13. It was actually our attempt to
reach the infinite and mysterious spaces that resonate within our personal and
collective psyche and deliver that to listeners.

Psych-music can be your own personal tool for self medicating or
amusement or a cosmic dispensary of sonic antidote to psychic toxicity. I think
part of the attractiveness of it is in its accessibility to amateur players as
well as proficient players but, to play it and shape it as an individual or
band actually requires quite a bit of skill and a psychic attunement to “cosmic
composition” or your personal inner realms and if in collaboration a spiritual
union among the mu-gicians.

Sound waves can travel where Light rays cannot. A wave of sound may be
heard on the opposite side of a wall which at the same time blocking light rays
or images emanating from that same source. In the same manner sound can reach
to the depths of a soul in darkness where light of the mind cannot and Father
Yod/Yahowha believed this fully. A well crafted song or tune is a truly wonderful
thing that invokes inspiration, thoughts and emotions and yet it is limited by
certain restrictions of scales, arrangements, culture and tastes etc. whereas
psych-music demolishes boundaries and forges into the unknown dragging an
audience along on the ride, kind of like a psychedelic substance does.
From
Kohoutek to the Operetta, and  the many
more lost recordings, it was all improvised psych and even when he produced
Savage Sons of Yahowha  with crafted
songs he insisted we do not practice the songs with each other beforehand but
just learn the chords and arrangements and record in order to preserve the
spontaneous vital nervous feelings you tend to lose when over rehearsed and
learned . It took us as long to record as it does to listen to any of our
music. He considered pre-written, rehearsed music to be Yin and receptive
compared to psych as Yang and penetrating. 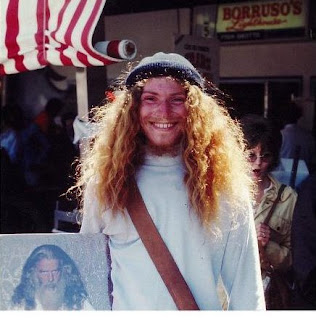 Through the 37 years since Father passed over leaving his vocal and
vibrational legacy on vinyl, and 37 years after the family dispersed and
YaHoWha13 was mere audiophile history, I have seen the psych genre emerge,
expand and flourish and along with that, the limited editions of Yahowha13
records became more and more collectable. I sold my “Lovers Chariot” for $750…6
years ago.  I was extremely surprised to
discover in the late 90’s that our records had survived and were valued for the
same reasons I felt when channeling and recording them so I see the vibe has
thrived and has accomplished what  it was
sent out to do. Perhaps only Father had the knowledge, at the time, this would
surely happen as it did, being the adept that he was at spiritual seed
planting, nevertheless we are enjoying the harvest of his love for
humanity.  Thank you all young and old
for helping us keep the psych-vibe alive.

Oh, one more thing….Psych-rock, being an experimental form of social
experience and artistic expression that simulates and stimulates a sense of
freedom and rebellion toward convention and the dulling soul sleep of material
pursuits and repetitive ruts some of us are in, prepares us for the coming
awakening of an emerging awareness toward acceptance of what is unusual…..Maybe
it’s an alien race trying to contact us… so keep it “Psychedelic Baby” all the
way through 2012 and into 2013….Speaking of “2013” be sure and checkout our
latest record “YAHOWHA 2013” at
www.PROPHASE RECORDS.com, located in Philadelphia. 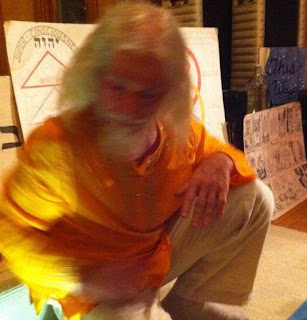