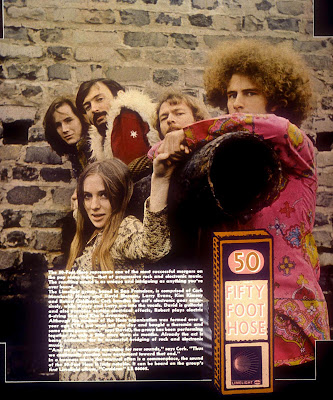 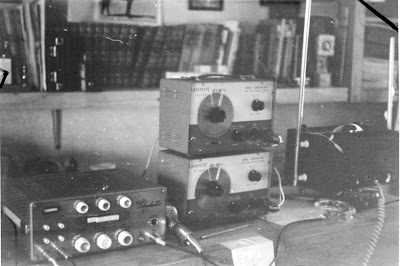 It was mounted in the wooden book that was the instrument  – It faced up and I would put marbles and ball bearings in it and then run very powerful low frequency wave forms through it. The sound was like nothing you have ever heard and the visual of the dancing marbles was great. I had three tone generators – a Hoener Echolette – an electric siren – the squeaky box that sounded like a rat being killed – Two different types of microphones – saw blades – the card board tube  – and a spark gap. This would create a very bright and loud arc of electricity. I still have a lot of it. 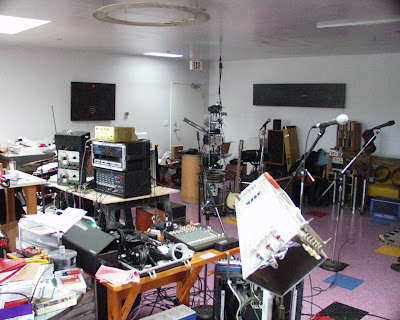 In 1966 I starting working with Experiments in art and technology – An arts group that looked at merging art and technology. I participated in a some of their events but through EAT – I met Tony Nazzo from the Mills College tape music center.  This is the place where Terry Riley did his residence and Don Buchla developed the Buchla Box synthesizer. Any how David and I got to do some work with mature composers and musician in the experimental music world  (Through mills college tape music center).
Around late 1966 and 1967 you started to record Cauldron, which is in my opinion along with The United States of America LP the most unique album. What are some of the strongest memories from producing and recording it?
The best memories were of working with David. The two of us were the band. He held the traditional structure of the music together and I brought the experimental and DADA  to the Hose. Mercury records had big rehearsal space and all of the bands signed to them would rotate through the rehearsal space. We would be in the space with Mother Earth – Blue Cheer – Doug Sham – Tongue and grove etc.
The recording session that we did at TRIDENT studios in North Beach were great.  Dan Healy ( from the grateful dead) was our engineer and he was perfect for getting into all of the weirdness. We made our own reels to hold the tape and made the hole off center to create wobble in the sound. Took the signal from the board and broadcast it FM to a turner and then recorded it out of phase. The studio was below ZIMS a diner so we just had to call up stairs and great food would magically show up.
What gear did you guys use and in what studio did you record it?
Basic tracks at Sierra sound and sweetening at Trident.
Cauldron was released on Limelight Records? How did you get signed up and how many copies were pressed?
I don’t know how many were pressed but I think 5,000.
What can you tell me about the cover artwork?
We found this guy who had done some fun posters and understood the electronics part of the band so we gave him the gig. 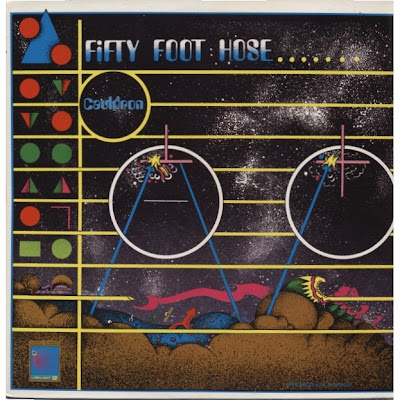 Let’s talk some more about the album. What is the main concept behind it?
The concept was to expand what contemporary popular music was. I thought the avant-garde could have had a home with this new group of listeners but they turned out to be pretty conservative – intellectually . Drugs were fine – sex was fine – stop the wars was good but when challenged with abstract art., they reacted like conservative people look at a Jackson Pollock painting.

I know this is very hard to answer, but I usually ask all the musicians I do interviews with, to comment the songs from their LP in a few words.

A1 And After
I was so naive to think that what John Cage could do I could do too but I didn’t consider my audience. The idea was you turn your stereo way up and walk away. Slowly this rumble tone find resonant frequencies in the floor – walls and ceiling. You feel you are in an earthquake.
A2 If Not This Time
One of my favorite cuts – influenced by Shoernberg’s 12 tone scale. The room we first played this in was filled peopled we didn’t know and they became the perfect audience and sound absorbing material.
A3 Opus 777
All of the little electronic pieces were my sketches. Ideas for things to be extended in the future.
A4 The Things That Concern You
Larry’s song  – I never liked it
# A5 Opus 11
A6 Red the Sign Post
This song was anthemic. We performed it with passion and and joy.
# A7 For Paula
A8 Rose
Rose came from a suggestion by Robin Mc Bride. The line no one can ever smell a rose – is a play on Marcel Duchamp’s  Why Not sneeze Rose selavy. which refers to EROS.
B1 Fantasy
We wanted to create a soaring feeling.
B2 God Bless the Child
Nancy Liked the song and we thought we would try to see if we could make it new.
B3 Cauldron
This is our expression of a TONE POEM.
You toured with acts like Blue Cheer, Chuck Berry and Fairport Convention…With who else and how do you remember concerts? How did the audience react on your music? 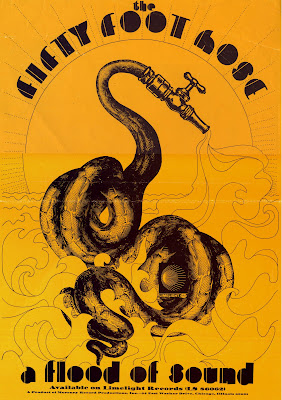 The audiences were usually pretty threatened when presented with things that they didn’t understand of had experienced before. 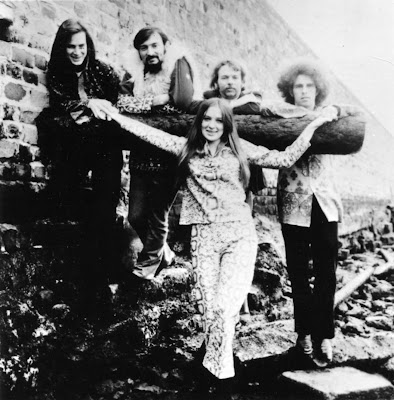 Do you have any crazy stories to share from back in the days?

The craziest concert was when Nancy was nine months pregnant and as big as a house. This job had been booked 11 months in advance and the band they booked is not the band they got?  We were playing for an all girl catholic high school, it was very proper and sedate—until we started to play. We started as cool as we could be but the music got the best of us and we ramped up pretty quick. At the beginning of the second set NANCY came out in all hugeness and the crowd went silent. You could hear the air being sucked out of the room. We were all taken by surprise and there was moment of silence as if someone had died. Then I decided we had to just go for it because there was no turning back. We lasted into Red The sign post and no one moved – still staring at Nancy’s belly. Finally one couple got dancing and then it was like an explosion of young kid who had been waiting for an excuse to go crazy and they did.
What a night – shoes- jacket – coats – corsages and other bits of clothing were littered all over the dance floor. The chaperons couldn’t be heard over the amplifiers and so they gave up trying to control the catholic craziness. These kids didn’t know what they were listening to but some how THEY GOT IT!

What happened next? I know most of the members joined the musical Hair, Nancy Blossom becoming the lead in the San Francisco production and later singing in Godspell. How bout you? I know you are very respected sculptor, specializing in public work using neon, plastic, and kinetic characteristics and if you would like to talk about that, it would be much appreciated.

I never separated the music from the sculpture – it all felt the same to me. In 1970 I started to teach art at the Minneapolis COLLEGE OF ART AND DESIGN.
I also started showing my work. By 1973 I was showing my art  in Canada – Germany – New York – San Francisco and other places in the USA. 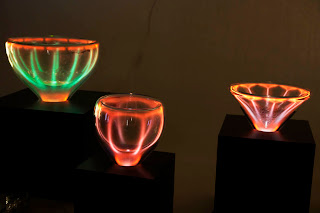 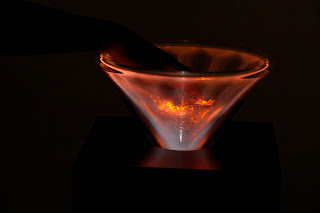 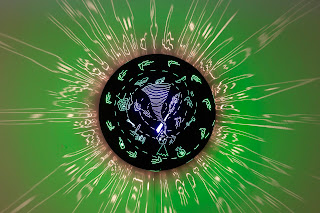 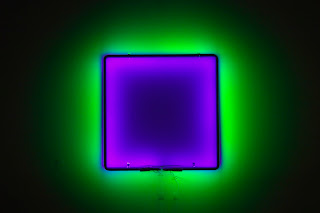 I moved away from Minneapolis in 1986 and came back to San Francisco where I ended to live the rest of my life.
This summer I was contacted by Billy Bob Thornton (the actor) and he bought 2 Fifty Foot Hose songs for his next movie (2013) I do not have the correct title for the film but you can find it on line under – Jane Mansfield’s Car.  The band will be getting back together and playing so shows around the opening of the film.

In the mid 90’s you had reunion and you released Live & Unreleased and new studio album Sing Like Scaffold.

Yes – we got back together in 1994 and have remained committed to continuing on in the tradition of the original band.

If I may ask, what important role had psychedelic drugs played back in the 60’s for you guys?

David and I were never into drugs? People who are not aware of new music find that odd – but those familiar with John Cage – Luigi Russolo – Morton Sobotnick etc. Never ask the question since they come from a different contextual place.

Thank you very much for taking your time, Cork. Would you like to add something else?

It was very sad to have David pass away. We had worked together again in 1982 and 83. David had become a recording engineer and he did the sound for feature documentary ” Survivors the blues today” The film had John Lee Hooker – Dr. John – Corky Siegal – Archie Shepp etc. We then did a TV show for the black entertainment network. It was called ” I am the blues” and featured Willie Dixon. That was the last time we worked together but we kept in touch – we only lived about 1 mile from each other. I miss him.

Learn from the past so the ignorant of the present do not steel it as their own. 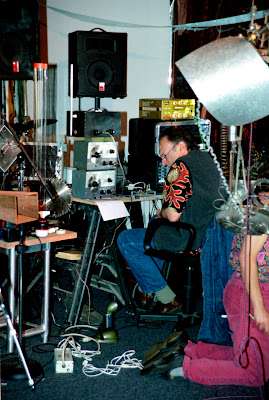