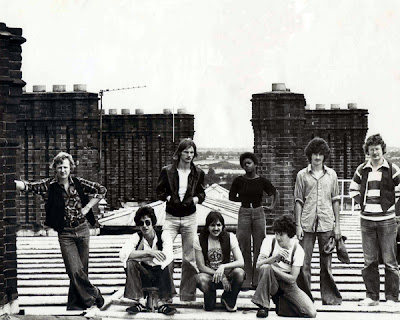 Interview:
Thanks for your time, Greg! First I would like to ask you about your childhood and teen years. What were some of your influences and when did you begin working with music?
I started playing music by chance, at about the age of 10, when my father was given a recorder to amuse him, while he was laid-up in bed with an injury. I picked it up and was hooked! I then moved on to other instruments. I began buying L.P.s., initially of classical music. Later, at boarding school, I got involved with folk music and playing in groups, as we called bands in those days. The first one was called The Galloping Gnurgs. This was that exciting time in the early-sixties when major developments in popular music were emerging – the Beatles, Stones, Beach Boys, Dylan etc., etc. – and we did blues, R&B, folk and covers of new rock releases. In 1968 I went to King’s College, London to study Music. I later did research on The Nature of Rock Music for a Masters Degree (see my web-site gregholt.co.uk). 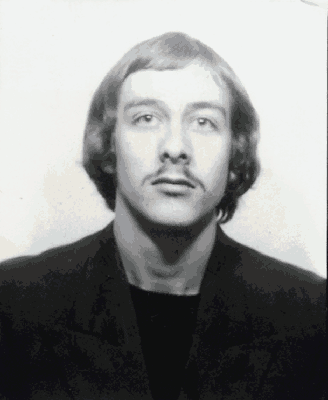 Were you or others in any bands before forming Time Wasters? Any releases from then, perhaps?
By the time I got to Ingestre Hall in 1974 (where I was on the staff as Music Tutor) I had been in loads of bands. I have ancient reel-to-reel tape recordings (now transferred to CD) going back to 1965, but nothing was released. I formed the Time Wasters out of talented students who, at that stage, had had little experience of playing in groups. 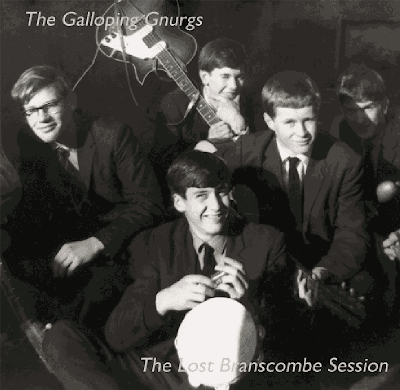 How and when did you guys come together? I’ve heard you were a  group of students at the Ingestre Hall Residential Arts Centre…
The members of the Time Wasters came to Ingestre Hall Residential Arts Centre on short courses. I got them together and encouraged their playing and song-writing talents. We made the L.P. to give them the chance to learn through involvement in the project and to showcase the results. I felt the material was so good it had to be preserved. It looks as if, 33 1/3 years later, this hunch has proved right!
You released only one LP in 1978. How did you come in contact with the label?
I created the label in order to release the album. It was the Sticky Label (joke!) under the imprint of “Personal Records” (another pun!). Since then all the Ingestre student recordings have been on the Sticky Label and I have used Personal Records for my other recordings. (See my web-site gregholt.co.uk for more information.)
What are some of the strongest memories from producing and recording your LP?
Lots of creativity and music-making in a lovely location. I was a little older than the students but we were all comparatively young then. It was exciting, new, rewarding. We made good friendships that have endured. 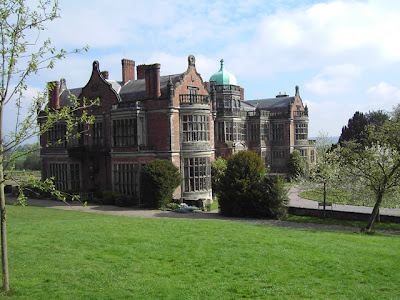 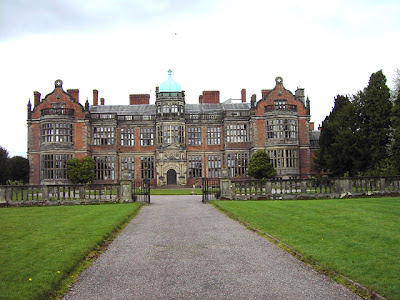 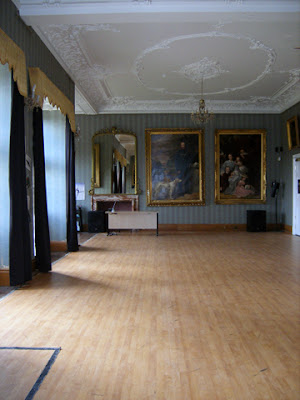 Where the Time Wasters LP was mostly recorded.
What gear did you use?
Only an Akai GX 4000 or two Sony TC-377 reel-to-reel tape recorders and a home-made mixer! We had no budget at all. But we recorded in a lovely space.
What can you tell me about the cover artwork? 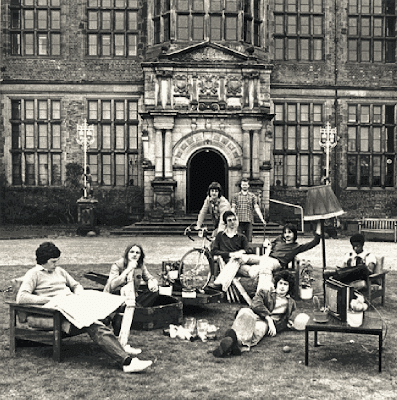 Randy Newman did an album called “12 Songs” with a cover picture which had a television and chairs on a lawn. I think that gave me the idea for the Time Wasters L.P. cover which I shot (under the guidance of Pete Ralley, the bassist and a talented photographer) in front of Ingestre Hall. I thought the image of leisure in such a grand setting illustrated the joke in the name of the band well.
What was the concept behind the album/band?
Primarily to present the original compositions of the band. It was totally without reference to commercial considerations or contemporary taste. So as long as all the students got a chance to be involved at some stage and the performances were good, it met its objectives.
Did you do any live gigs? Perhaps a tour? 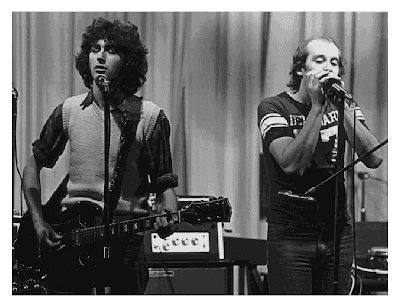 Yes lots, but not always with exactly the same line-up. The gigs were all at Ingestre or in the West Midlands, apart from one trip to York. 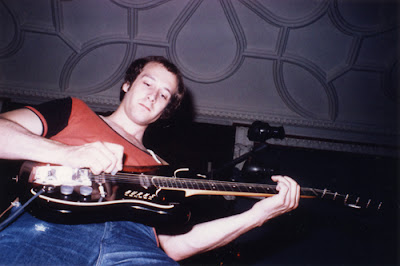 Do you have any interesting stories you’d like to share with us?
Well, living in a house built in 1613, with extensive grounds, is a very interesting experience and we had lots of fun in that environment, such as doing a photo-shoot on the roof!
What happened next?
A flexible pool of players emerged with new Time Wasters being added and older ones going off to universities or jobs and reappearing from time to time. Four of them went professional using the Time Wasters name. They signed to Ariola and made another L.P. called “On the Street”. Most of the Time Wasters continued to make music away from Ingestre; and many more private recordings have been made over the years. (See my web-site for links.)
What are you doing these days? 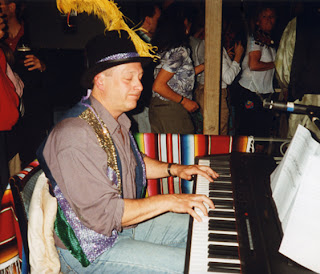 I am involved in several musical and archival projects. All my past recordings are now on CD and I am still adding to them. The revival of interest in the Time Wasters, coinciding with the re-release of their L.P. on Golden Pavilion, has been very welcome. I am also establishing an Archive of materials relating to the late Thurston Dart, keyboardist and musicologist. I get regular enquiries about both projects through my expanding web-site which has been created by Doug Taylor who gave technical support to the Time Wasters at Ingestre way back in the 70’s, during the period of the L.P. recording. He built the home-made mixer!! 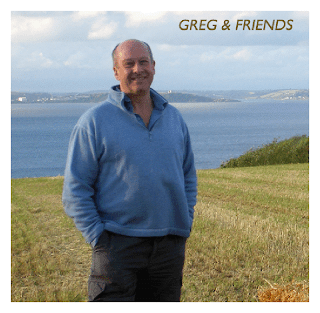 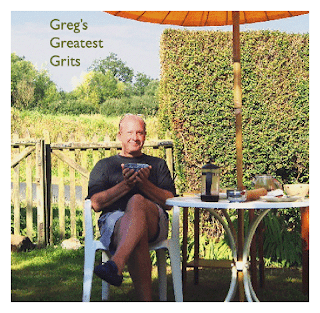 Thanks a lot for taking your time! Would you like to send a message to the readers of It’s Psychedelic Baby Magazine? 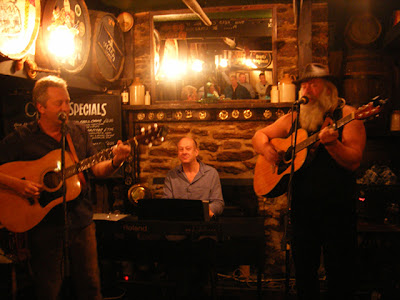 Music is one of the most important elements in human nature: it’s something we all share. So best wishes to music lovers everywhere. Rock on! 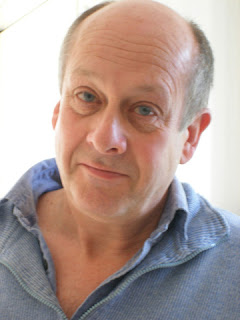