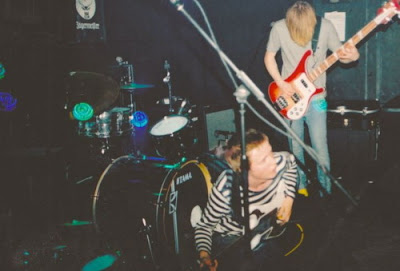 1. Thanks for taking your time guys. Please introduce yourself to readers of It’s Psychedelic Baby Magazine.
Zac: WE’RE THE GENTRY UNDERGROUND, – the only R EAL band in the UK.
Dan: We play psyched garage!
Zac: We only look to release on vinyl, you can get our first single now. If you want to catch us in show, we live in Winchester, England.
2. How did you guys meet and start together?:
Zac: We started the band a year ago. We all met in the underground cellar – we now call the STUDIO!
Dan: Me and Zac had been to the same school. We’d been jamming together for years – in and out of shit bands. 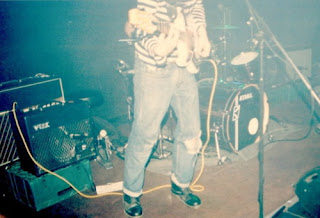 Barge: I walked in on the band and pretty much demanded to be the bass player – I was immediately swayed because they were ripping through their version of  “The Mummies” – “Justine”.
Dan: It took about 2 hours and Barge was one of the band.
3. Influences:
Dan: Brian Jonestown Massacre, 13th Floor Elevators, Rolling Stones, Ty Seagull, Velvet Underground, The Cramps, Early Pink Floyd.
Zac: Captain Beefheart, CAN, Frank Zappa, Count Basie, Phil Spector, Joe Meek, The Birthday Party, Nick Cave, Nick Drake.
Barge: NEU!, The Beatles, My Bloody Valentine, The Horrors, Modest Mouse.
4. What can you say about the record? 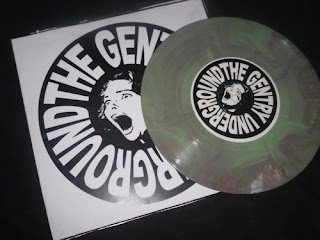 Zac: STRICTLY ANALOGUE. All 4 track 1/4″ reel to reel.
Barge: The setup we have makes the process of recording difficult. We only have 4 tracks so if we want more than 4 instruments we have to record 2 or more things into one track.
Zac: The levels have to be adjusted before we lay anything down, they cannot be adjusted later – ITS CRAZY!
Dan: We recorded it in our cellar – underground. The sound down there is really enclosed and loud. We don’t have any acoustic treatment in the room and we don’t need it!
Zac: We did do some pretty messed up stuff whilst trying to record these tracks. We had loads of different guys coming in putting vocals on tracks.
Barge: We nearly released a song called “Rivermen Blues” – Done with someone else on vocal.
Dan: Yeah it was a crazy track.
Buy the record here: www.tgugarage.tumblr.com
VIDEO LINK: http://www.youtube.com/watch?v=OVdugsEYayQ&feature=channel_video_title 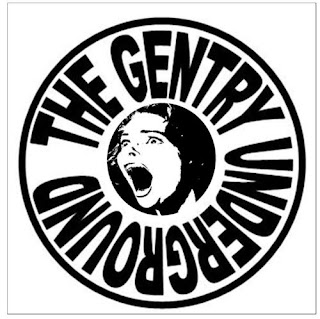