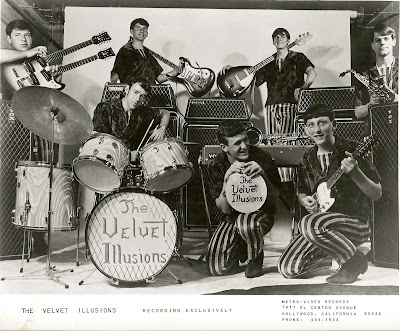 Thanks a lot for taking your time to answer a few questions about your band. Where did you grow up and what can you tell me about some of your first influences you had as a young kid and later as a teenager?
I was born in Pasco, Washington, but I spent most of my childhood years in Oregon. First Salem, and then when I was 11 my family moved to La Grande. A small town in the blue mountains. My biggest influence in music was my mother Sharon. I clearly remember as far back as 5 I would follow her around the house and we sang songs. Songs of the fifties; Nat
King Cole, Elvis Presley etc. My mother was a great singer and so I learned well from her. By the time I was 10 I knew the words to almost every song on the radio. After we moved to La Grande, my father bought me my first guitar. He was killed in a car wreck just months after my 12th birthday. Shortly after that, my mother moved me and my other 4 siblings to Yakima, Washington where family was.
Were you in any bands before Velvet Illusions? Any releases perhaps?
I started my own band when I was 13 the name of my 4 piece combo was The Shy Guys. My
older brother Gene became our manager and I kept that group together, despite many turnovers for over a year. I also played for other local groups in between when The Shy Guys weren’t playing.
Around 1966 you formed a band. Can you tell me about the beginning…how did you
come together…do you perhaps remember some of the first sessions you had? Why the name Velvet Illusions?
I joined the already formed group. At first George Radford Jr (Sax player) named the group
The Illusions, but later found out that the name had already been taken. So his father and Manager, being an upholstery man by trade came up with The Velvet Illusions. He even made velvet outfits for the group. They were gaggy in my opinion. I’m glad we quit wearing them after we got to LA. I joined the group because the manager George Sr. Made promises of record contracts and fame. 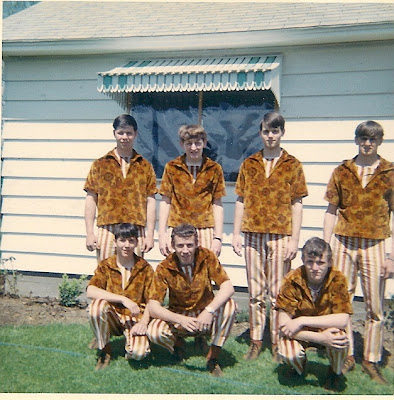 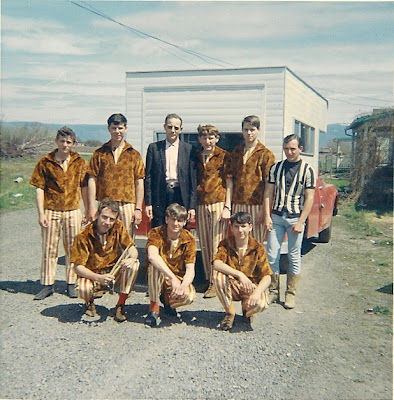 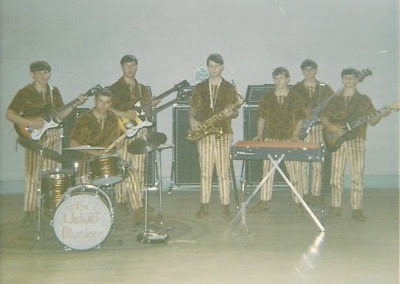 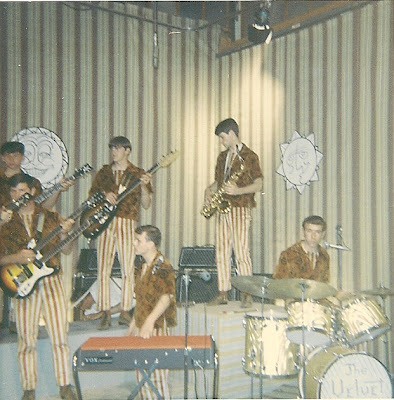 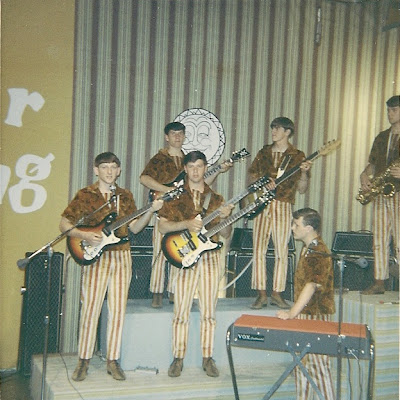 You released three 45 singles releases. I would like to ask you how did you come in contact with the label and if you perhaps know how many pressings were made?
Actually we released 5 45’s. In March of 2011 The CD ACID HEAD was released by Cherry Red Records on the Label IN TUNE. You can get a copy of it with liner notes if you do an internet search for Velvet Illusions release. 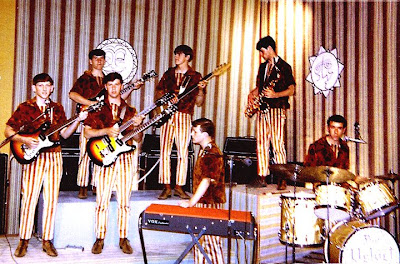 The first single was Acid Head / She Was The Only Girl on Tell International Records. Then you released I’m Going Home To Los Angeles / Town of Fools on Metromedia Records and the last one Velvet Illusions / Born to Be a Rolling Stone. I would love if you could comment each of this songs a bit! 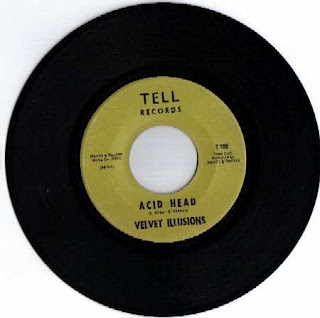 I started writing songs when I was 14. My first record label ‘TELL INTERNATIONAL’ was
partnership owned by Rock a Billie hall of famer Jerry Merritt. Later after Radford and him had a falling out Radford set up his own label Metro Media.
What are some of the strongest memories from producing and recording your 45’s? What gear did you use?
We all had VOX equipment Ludwig drums, and mostly Mosrite guitars. Our first songs were recorded at Audio Recording studios in Seattle. Then we recorded after we got to LA at Sunset Recording Studios. Recording has always been my forte. I am presently recording down to this day. 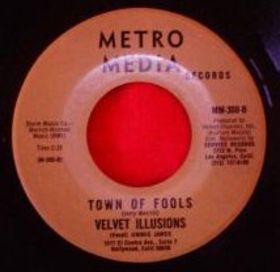 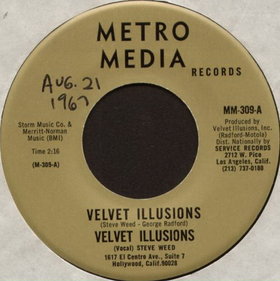 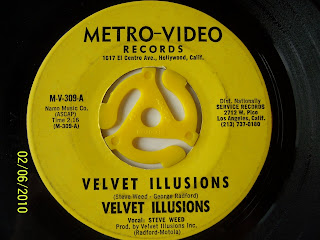 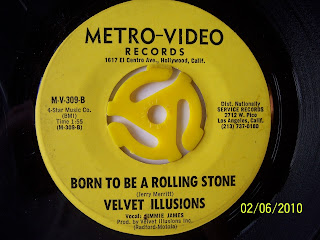 Did your release anything else? Does any unreleased material exist perhaps?
I wrote many songs while I was with the Velvet Illusions. But we only recorded the 10 songs. I since then have written hundreds of songs and continue to record them.
What can you tell me about concerts…where did you play and would you perhaps like to share some interesting stories from some shows you had? 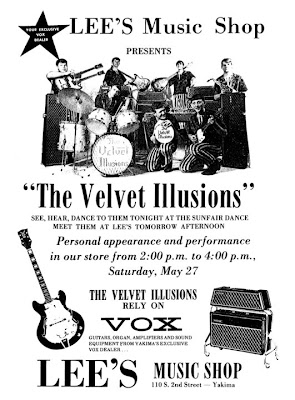 One of the most enjoyable concerts we did was for the 1967 Hiroshima, Nagasaki festival in LA We performed before 14000 Japanese. We also performed at the Mayor Yorty Press conference in LA. We performed in various places on the west coast, including schools, Dance Halls and Armories. We also performed on TV and had some big events scheduled. But when we found out that we were being shanghaied by our management. Everyone threw in the towel. 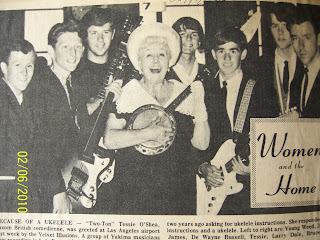 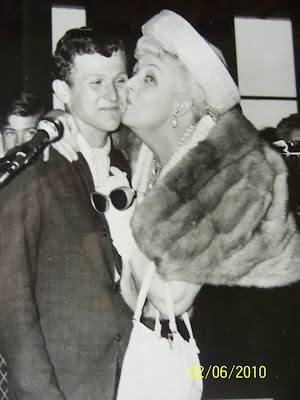 What happened next? Were you or others in any bands later?
Eventually I ended up back in Yakima where I got together again with Jerry Merritt. My mother and I teamed up as a duet and did a number of great shows together. The most memorable was when we opened for Rock a Billie star Buddy Knox. At the Central Washington state fair in 1970. Jerry Merritt and I never quit playing music together. I provided a show band for him all the way into the mid 90’s He died 4 or 5 years later. I have in my possession the last recordings he made with me. Would you like to hear one of them?
Thank you again very much for your time! Would you like to add something else, perhaps?
Your welcome. Another thing I didn’t mention is I started writing Novels about 5 years ago I am almost finished with my first one. I’ve written it in the form of a movie script. It’s entitled: ‘Oh By The Way’ If also written songs for the Novel. if you have anymore questions get back with me, and let me know if you would like to here some of my later recordings. Sincerely Steve Weed 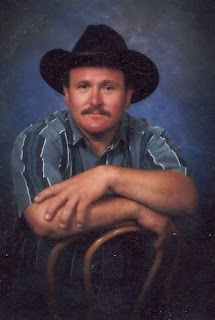