Günter Schickert is multi-instrumentalist, exploring the cosmic sky. Günter Schickert’s debut Samtvogel (1975) was one of the most significant guitar albums coming from Germany.

Where did you grow up and what were some of your influences?

I grew up in the middle of Berlin near Wittenbergplatz and KaDeWe, a big worldwide famous warehouse. There was no wall in 1949 and the fifties. This warehouse was full of inspiration and things to see and feel, like Persian carpets and a big department with records. I still remember the 4th floor with big carpets and ornaments and I heard Chet Baker. I bought my first LP and record player and records by the Rolling Stones. I was playing trumpet when I was 13 and the music from the 60s influenced me a lot. 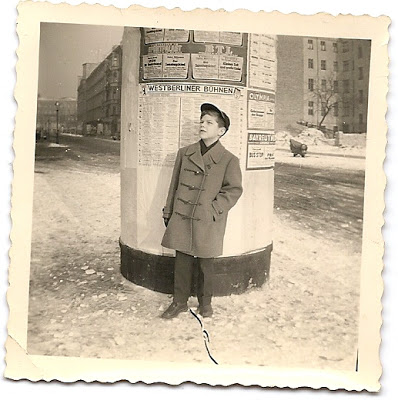 Did you record anything before Samtvogel?

There are some lost recordings, never published before. Of course I did record a lot, otherwise I would have not been able to finish something like Samtvogel.

In 1974 you released Samtvogel. I would like if you could share some of the strongest memories from producing and recording this LP! What gear did you use?

It simply came out of me without too much thinking or even planning. I had bought a Dynacord guitar amplifier, a Fender Jazzmaster, Dynacord Echo machine S 75, a microphone, a Marshall Fuzz Face, a Cry Baby Wah Wah and that’s all. I also did all the recording through this gear. Everything went into an Uher Mixboard, 2 Stereo and 1 pan-able mono-input. I had two tape recorders and borrowed the 3rd one for mixing all together. It took three months because I was working all day in a bureau or office. I had to repeat the whole 15 minutes, if mistake happened. 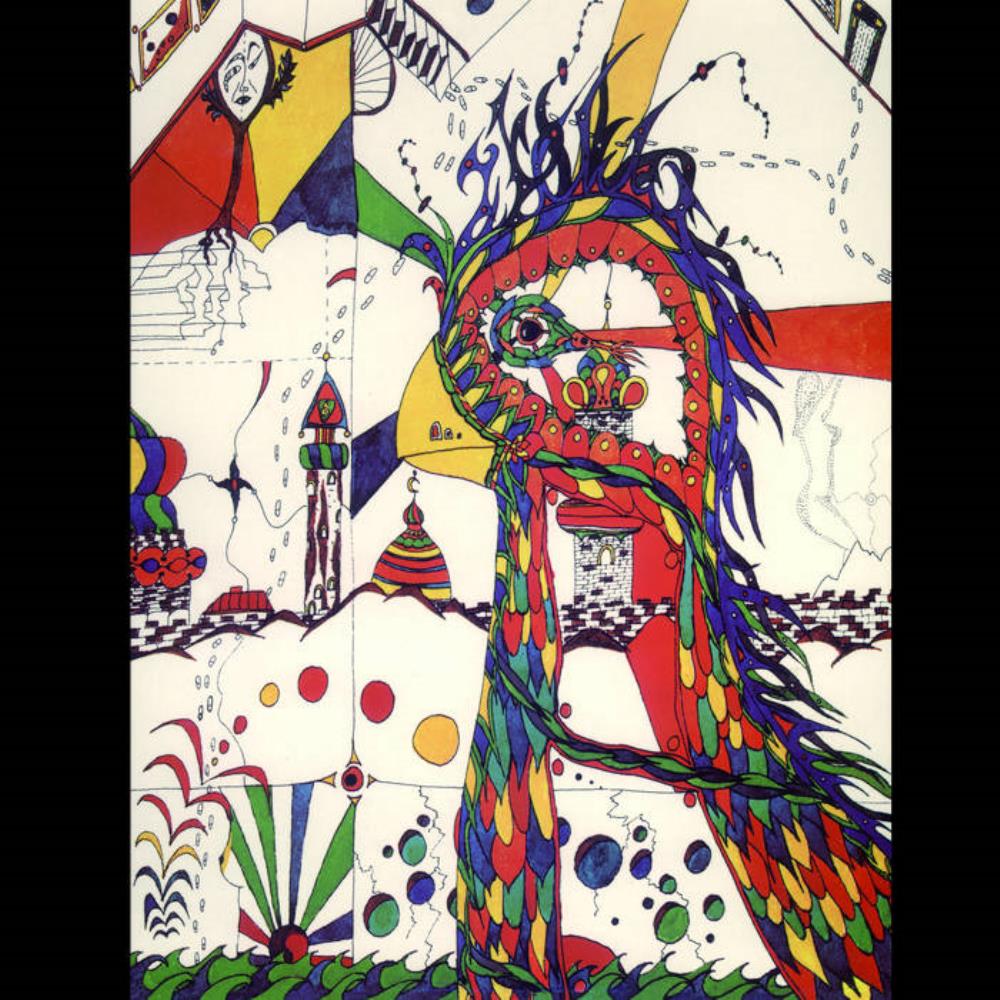 What about the cover artwork?

Back then I was drawing a lot. I once draw this proud bird which was actually a present to my girl back then.

I made a private pressing of 500 copies which I gave to friends sending it to some companies or selling them. Brain was interested, Metronome had this label with strange things going, and so they did it. The number of copies they did I dont know, I guess they sold 6000.

Was there a concept behind Samtvogel?

There was no real concept, it just came out of space through my brain and fingers and what I liked, I preserved. 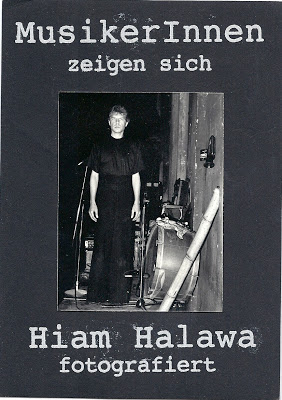 A year or so later you formed a band called GAM and released an album in 1976. Would you like to share a story about it?

I left home when I was 18 years old. I went and lived alone in Kurfürstenstraße, Berlin and a friend introduced me to Axel Struck from whom I learned a lot about guitar playing.

We lived together with other people, also my girlfriend in Kreuzberg in an old loft and made music there. We moved out to different places and I started to record Samtvogel in 1974. Than we met again and formed GAM. Günter Schickert, Axel Struck and Michael Leske, the drummer. The band name is just the first letters of our names. 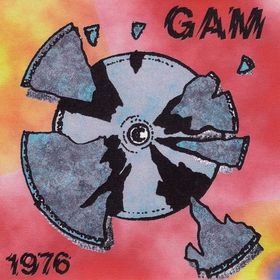 In 1979 you released Überfällig. It was released on Sky Records.

We had the much needed success with GAM and we managed to survive. I guess the music was way too far out for German public and we weren’t really businessmen.

Wih GAM we had the needed success a band needs to survive, I guess the music was to far out for germany and we were no businessmen. Eiszeit was done with producer Hans-Georg Moslener. The producer absconded with the mix-down, and the studio mislaid the multi-track tapes, only a first generation cassette survived! I met Manfred Heuer, who played drums and with the same technique like Samtvogel, we recorded Überfällig. Brain did not want it, (they changed their style of releases to dancefloor music) but Sky did it. 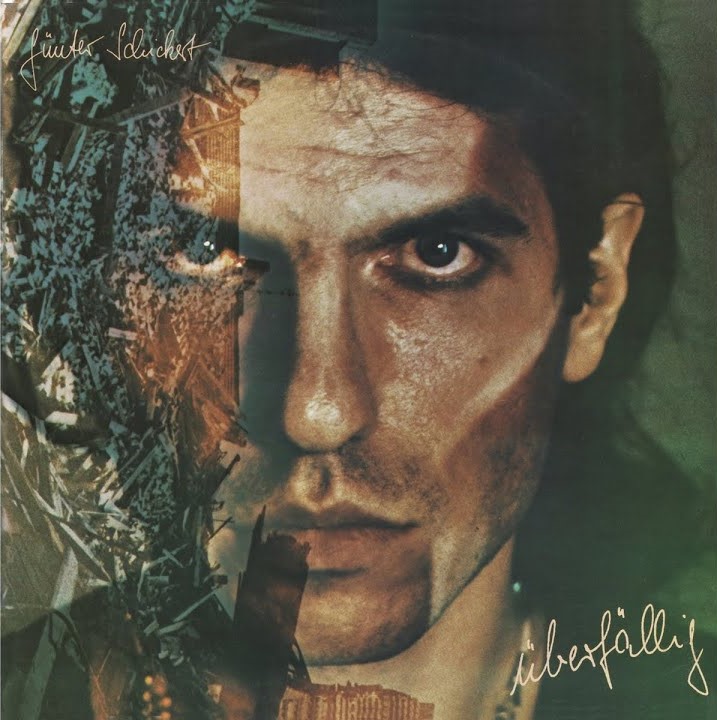 What happened next? I know you released several other albums.

I never released an album with a major company afterwards, smaller things of course, because I never stopped playing and recording. Life with all the things happening took my time, caring about love and sadness, so I did not always had the energy for the music. That is quite private, so not now.

I knew Klaus from Berlin hanging out in Zodiac, Park and so on. He was drumming with Tangerine Dream and Psy Free, and met him as a friend when he was recording Irrlicht. Later I took care of his house in Celle and I was on tour with him in Germany and Italy and we played some concerts and recorded some sessions together. The tapes are with him. We planned an LP but did not release it. I got very upset, even he helped me a lot, and we did not work together since then.

I am very pleased with the reissue. Great guys from Barcelona did a perfect job. It was really great to have this bird, 35 years later back on my balcony. Even if it was a bit difficult, because of rights and so on. But Universal were fair to me, thanks to Uwe Grünert.

I reunited ZIGURI, a band existing at the end of 80’s and 90’s. We have Dieter Kölsch (Drums), Udo Erdenreich (Bass) and me (Günter Schickert) (Guitar). We had a nice concert with Damo Suzuki and will play as much as possible. 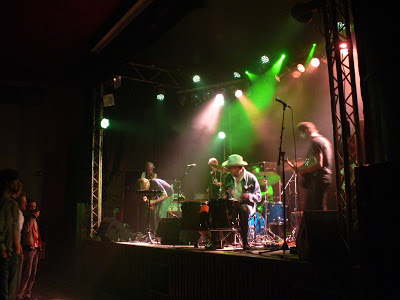 This will be enough for now. The most important right now is my project ZIGURI. We are on the way to record properly in the near future.

All the best and Love and Peace
Günter Schickert