It was an honor to be asked to write for this great website. But like always, I was stumped about what to write. Where to start when addressing folks who for the most part have no clue who I am or why they should read what I write. So I’ve decided to just tell you a little about myself and some of the music that has had a big impact on my life. Then when you read future posts by me you’ll have some perspective as to where they are coming from in regards to time and place. 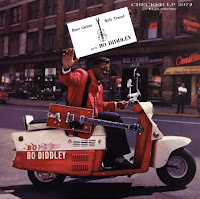 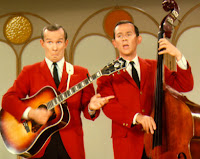 I was born and raised in Brooklyn, NY in 1957 the year of our lord Elvis and was interested in music from a very early age. The first record I remember owning was one of those yellow plastic kiddie records “Ozzie The Ostrich”. Next door was a young guy with a garage band with a guitarist named Ozzie and I remember singing it to him every time I saw him at age 3-4. It was mostly an Italian neighborhood and the first 45 I purchased was the Four Seasons classic “Sherry” which could be heard on every street corner being sung buy guys with names like Dom, Tony and Joe “Bag Of Donuts”. When the Beatles hit our shores I wasn’t a big fan, trading a birthday gift of an early Fab Four LP in for a Smothers Brothers comedy album. Musically I preferred Motown over British Invasion and would also sneak into my step-grandfather Guisseppe’s stash of Hank Ballard, Ernie Maresca and Sam Cooke 45’s whenever I could. 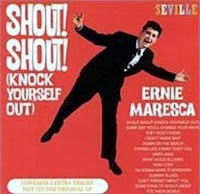 My friends had their Beatles and Stones LP’s but I was the one to always point out that they were doing other people’s music and played them Chuck Berry and Bo Diddley records. Why listen to a knock-off when you could listen to the real thing. But in the Summer of 1968 at age 10 my life was changed forever. My grandmother took me to the local Toy Store called “Red’s” and gave me $5.00 to buy whatever I wanted. I was attracted to a shiny silver object, not unlike an unsuspecting bass eyeing a lure. It was silver and purple and it was calling to me on some supernatural level. I made my choice and headed home the proud owner of Blue Cheer’s “Vincebus Eruptum” LP. 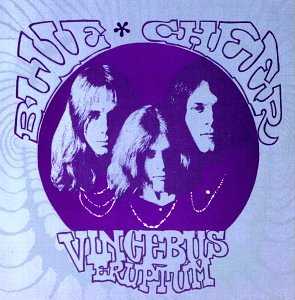 Grandma’s stereo was right near the front window and that summer I sat on the front porch and listened to that LP over and over. I’m sure it drove the neighbors and Grandma crazy. All I knew was that it struck a chord wjth me like no other music had before. Young and naive enough to think that the Parchment Farm was a place that grew paper, my brain was being penetrated by the heaviest of vibrations. Dickie Peterson, Leigh Stephens and Paul Whaley became my heroin, sending me on a never ending quest to find something that would give me that same rush that I felt upon my first listen to “Summertime Blues” or “Out Of Focus”. It was the beginning of a very long journey.
Some 43 years later I have literally listened to 10’s of thousands of LP’s, attended countless concerts and I’m still just as enthusiastic as I was in 1968. I’ll be writing about some of these experiences here in the future and hope I can touch on some things that many of you can relate to. Music is a big part of my life and I’ve grown to like and appreciate many different genres over the years. But if someone asked me today to play them the hardest, heaviest of all the music I’ve ever experienced, I’d go right back to that silver and purple monster from my childhood, put on “Doctor Please”, and know that another mind was about to be blown.
Til the next,
Rich