Nirvana were an English psychedelic pop rock band formed in London, England in 1965. The band released five studio albums – ‘The Story Of Simon Simopath’, ‘All Of Us’, ‘Dedicated To Markos III aka Black Flower’, ‘Local Anaesthetic’, and ‘Songs Of Love And Praise’.

“‘The Story of Simon Simopath’ is the first concept album, and we were the first band to use phasing”

Patrick Campbell-Lyons: I describe it in sweet flowing detail in the first chapter of the book ‘Psychedelic Days: 1960-1969’. I was inside my mother’s womb getting ready to pop out very soon. My parents were dancing (they loved it and did it all the time) and I could hear the songs they were dancing to, mostly songs from the USA pop charts of the time.

Were you in any other bands before forming Nirvana?

The first band I had for 2 months only I might say was called the Teenbeats (took a lot of time to think of that name indeed!). Then I had a really hot R&B band called the Second Thoughts. Speedy Keen who was later in Thunderclap Newman was the drummer, and he was one of my best mates at the time, Chris Thomas (later a top record producer) was the bass player.

We were all living in West Ealing London at the time. It was a jumpin and jivin place for sex, making music, and doing drugs, all told in great and surreal detail in two chapters of my latest book.

Hat and Tie was never a band. It was just myself and Chris Thomas as a recording songwriting duo. It was well worth it though as the Everly Brothers not much later recorded one of the songs called ‘I’m Finding it Rough’. We were lucky fuckers, how many songwriters can say the first song they ever wrote was recorded by one of the biggest acts in the world.

Can you elaborate the formation of Nirvana?

It started in a cafe in Denmark street in Soho London on the day I met Alex Spyropoulos from Athens (but just moved from Paris to swap a career in law for one in film/music). Our first session was in Regent Sound in the same street a week later when we demo’d a version of the song ‘Busy Man’. We had 3 hours in there which we got for no payment other than to buy the engineer a few drinks in the “ship” pub the next time we were there together, the Rolling Stones came in later in the afternoon at about 4.00pm. Bill The Engineer said “fuck off guys, the Stones are outside and they want to get their gear in”. So that’s what we did.

“We spent a lot of time over the craft of the songwriting, the artwork and arrangements”

‘The Story of Simon Simopath’ is one of the first conceptual albums. It’s a true masterpiece.

Well thank you for the accolades, and I don’t mind saying we deserve them, because we did work very hard at trying to make (as you say) a masterpiece. We spent a lot of time over the craft of the songwriting, the artwork and arrangements, and later with the help of the wonderful Syd Dale we got it ready for recording, where we had the best in production to work with us. None of it would have been possible if the unique presence, belief in us, and money also, of our label boss and founder Chris Blackwell (Island Records) was not there to manage and guide the project, that is why I devote a complete chapter in the book ‘Psychedelic Days’ to him and his story in music. ‘The Story of Simon Simopath’ is the first concept album, and we were the first band to use phasing, and we were the first band with the name Nirvana… and we are the only band to have performed live with Salvador Dali… that chapter in the is one of the reader’s/and reviewer’s favourite. 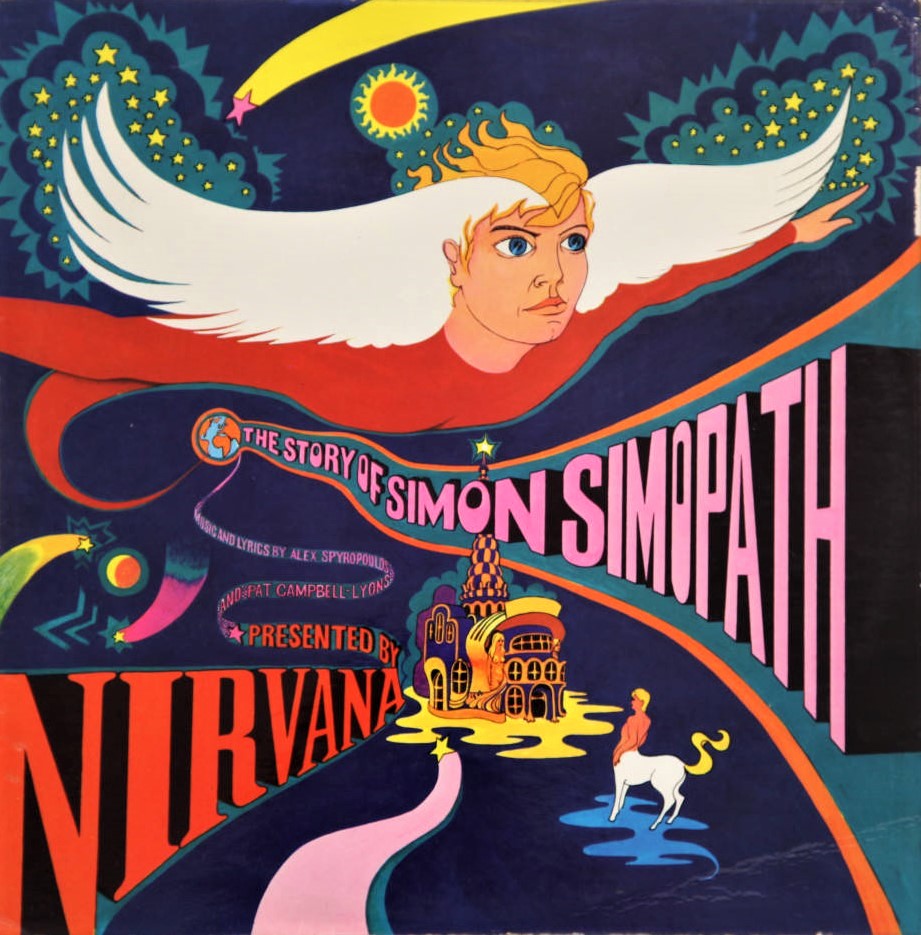 Who created the art for the album cover?

David Browning of CCS advertising in London. It’s based on our ideas. 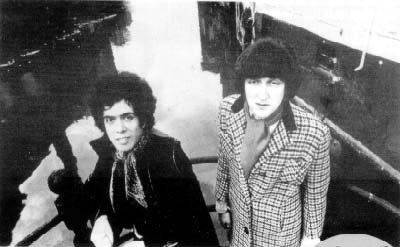 I remember that time as being the most creative of my life, everything was buzzing, we were on a constant high, we were traveling to Germany/France, Holland and Scandinavia as our recordings were beginning to sell in those territories. We were at the top of our game and ideas were coming forth like champagne from a soda fountain. 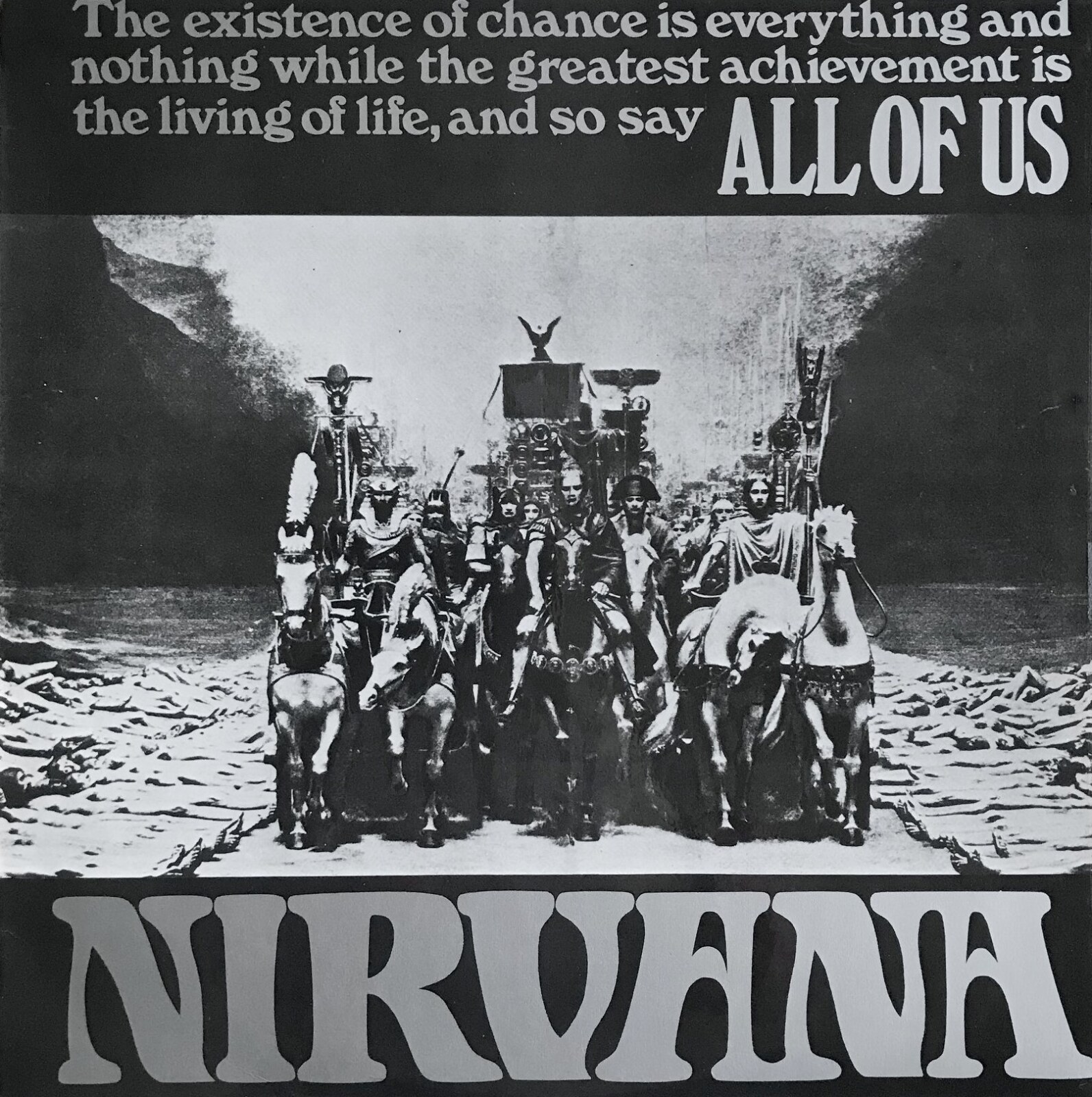 The artwork for ‘All Of Us’ is very creative.

More than interesting some might say… maybe even disturbing to some, but we went with it after we found the picture in an old bookshop in Delmenhorst (near Hamburg) in Germany. It is a montage film still from a movie (‘Propaganda’) made by Lenni Reifensthal for the Third Reich. What more can I say? As a contrast to the ‘Simon Simopath’ cover (first LP release) it was a wonderful flash image, that’s what we liked about our ideas, they always worked as “flash” pop……pow!

Did you do any touring at the time?

If I give you everything in this interview no one will buy the book… So I will just say, two of my favourite chapters as the author and worth the price of the book alone are “fucking around in Belgium” and “into Morocco”…

‘Dedicated to Markos III’ was released in 1970. Arrangements became even more sophisticated.

Yes I agree with your observations, that’s what we thought too and still feel the same today… but unfortunately Chris and Island felt we had become to “orchestral and lush” … his words! So the relationship with Island was over, and we moved on to pastures anew. C’est la vie. 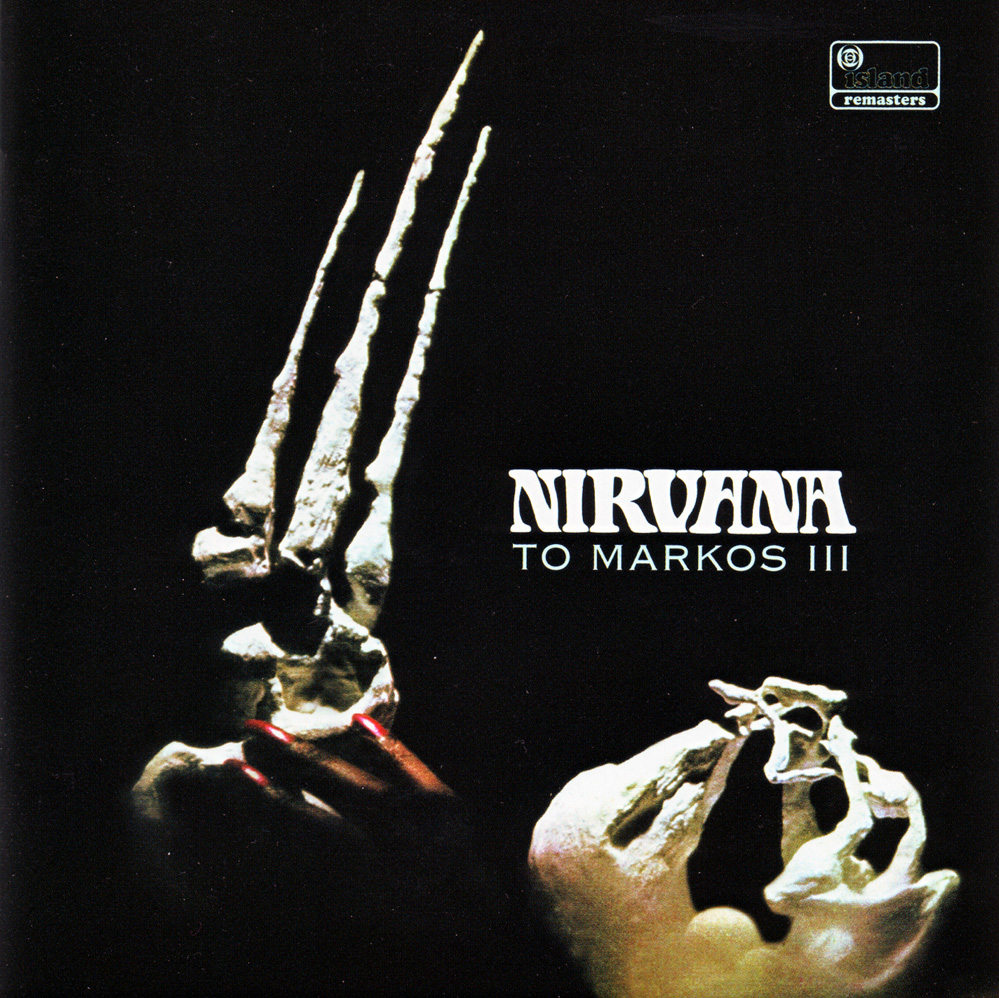 How about ‘Local Anaesthetic’? 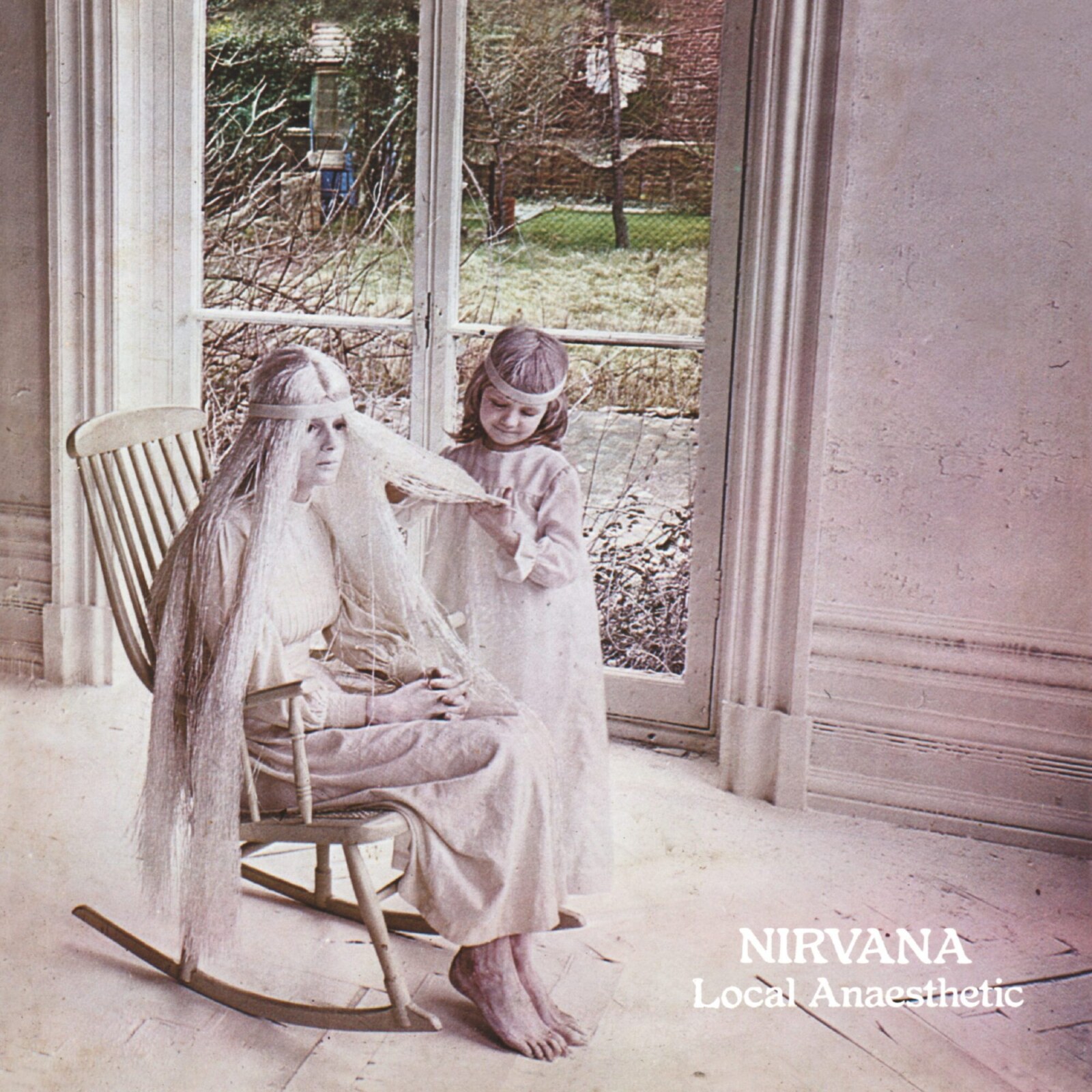 ‘Songs of Love & Praise’ was your final album.

New roads, new places, new faces, finding new ways to do things, and learning to be a better person. 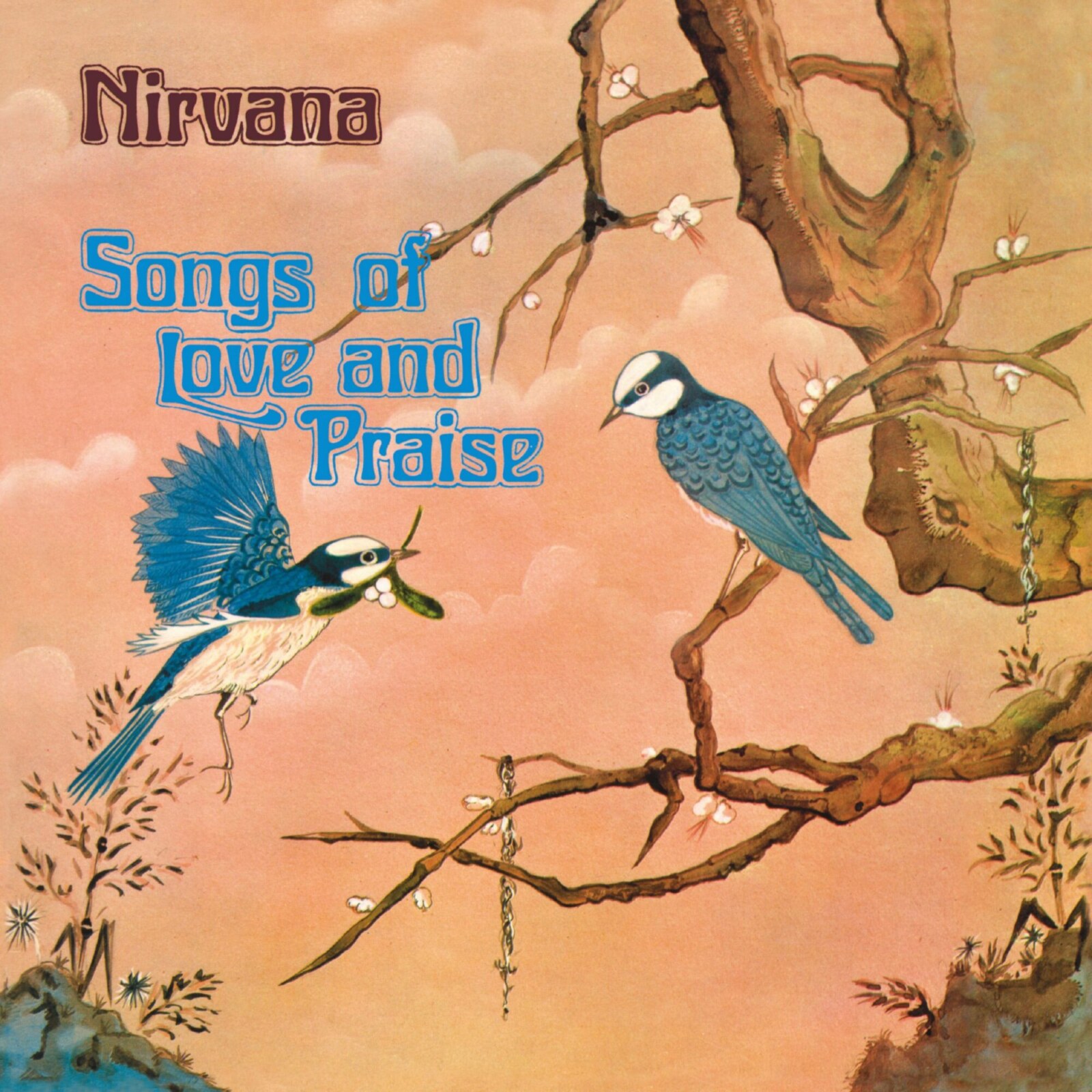 It is a work that is inspired by where I was at time of my life, which was the island of Majorca in Spain, the painter Liz Montgomery, and my beautiful daughter.

Two more albums followed in the upcoming years; ‘Electric Plough’ and ‘The Hero I Might Have Been’.

‘The Electric Plough’ and ‘The Hero I Might Have Been’ are in fact the same album in two different covers, one for the USA market and the other for England, and the music is a trip back to my “roots” in the country of my birth… Ireland, a place full of wonder.

‘Orange & Blue’ was released under the name of Nirvana and ‘The 13 Dali’s’ was your solo release.

In fact I have never really stopped making music and to find people who want to put it on their labels and release it means a lot to me and my creative spirit. 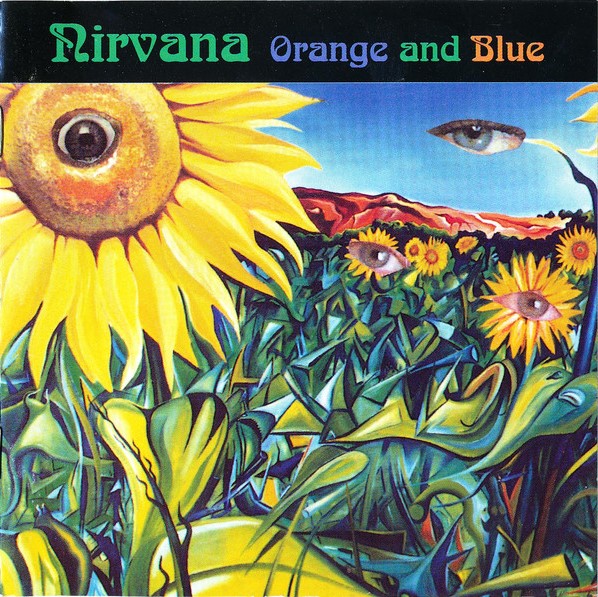 A person like Karl Anderson of The Global Recording label in San Francisco is a very good example of that spirit, passion and commitment to the music and the artist, that allows me to say, for myself and for some others I also have the pleasure to know… how beautiful it is that I can “swim with dolphins and not with sharks”.

I have just finished a book reading/signing Tour of the USA (mostly on the west coast) which was a new and challenging experience. ‘Psychedelic Days’ has found a new young audience over there of people who love the music that we made as Nirvana, (most of them have discovered us through the internet) and find my book to be a true story of the trip that I took at that time between 1961 and 1969. They also want to buy our music on vinyl which I find amazing and exciting and some of the radio interviews I did over there were fucking brilliant, because a lot of these people are also DJ’s and they let me be a guest DJ on their programmes. Check out a radio show out of Los Angeles called “Reverberations” on KXLU. 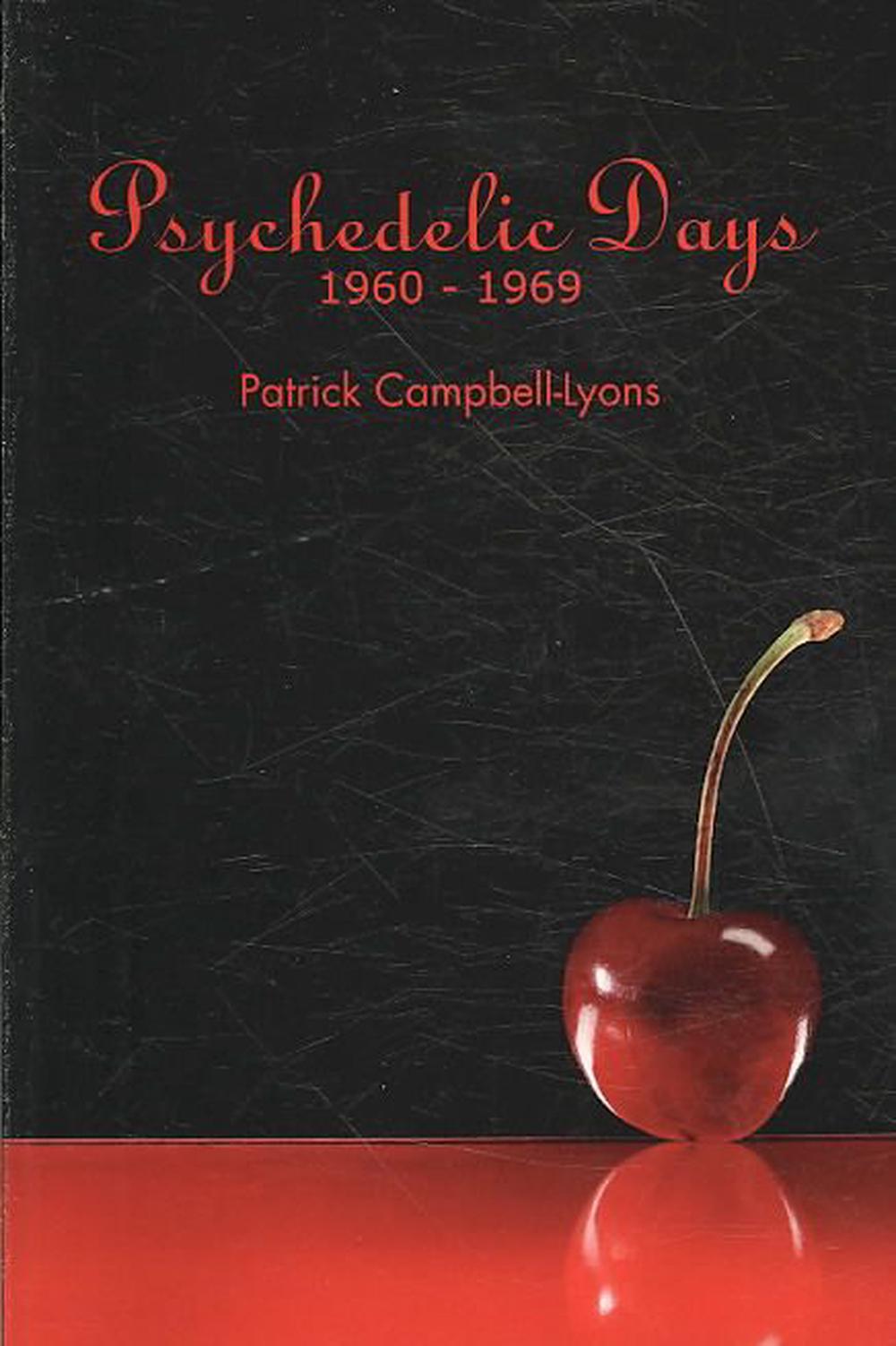 Yes, I would like to leave you with a “thought from my book” the past is history, the future is a mystery, today is a gift. that is why it is called…the present. and thanks and slainte to you and your readers. Patrick Campbell-Lyons