The Ascent of Everest interview

The Ascent of Everest interview 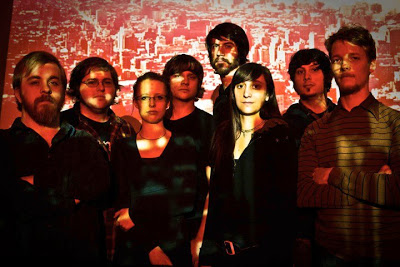 Would you guys mind introducing yourselves?
Hey I’m Devin i play guitar, keyboards, computer, sing and produce The Ascent of Everest. Currently playing with the band we have Casey on cello, Dillon of violin, Ashley on viola, Corey on guitarkeyslap steelmisc, Chris on keystubatrumpet, Drew on bass and Jeff on drums.
So, how did you guys get together to create The Ascent of Everest?
Corey is our newest member of this line up played with Jeff, Chris, our former guitarist percussionist Rob, and I in a noisedoom band called Evil Bebos and when Rob moved to Chicago the choice was obvious as I was playing so much music with Corey and it seemed allot easier on my sanity to have him play with the Ascent rather then start a new side project. Working with him has been allot of fun and we have some great new material in the works that we’ve been playing out and can’t wait to start recording here in the coming months.
In 2006 you released How Lonely Sits the City. What can you tell me about making this album?
I think we were young enough to believe that the album would be the end all be all masterpiece of all time, I co produced the record with our former guitarist Keller (who left to band to pursue his audio engineering career in NYC). We really had allot of set backs in the recording mostly related to our shoestring budget. We did all the live tracking in the we hours of the night at places we could track for more or less free, producing engineering and playing all at the same time. We lost allot of the overdubs in a hard drive crash which added to the length of time a great deal. I will say there were some positive aspects as we recorded the strings and piano in the music hall of Middle TN State University which was just a great sounding room (as long as none used the bathroom which caused an audible running water sound every time someone flushed and we had to wait for it to stop). The character of the spaces we used really contributed to the vibe of the record also the fact most of us were living together in a big house where most of the overdubs were done, kind of added to this centralised energy that we definitely captured on the recording. The only thing I really would change is I wish we had gotten someone else to mix it, Keller and I were both kind of green as engineers and our mix room was kind of crap so I feel like the recording is a little lofi and some of the parts are masked, but the 2008 remaster really brought out allot of nuance that was crushed by the original master. All of which most people probably can’t hear on their glorious mp3 copy, aha. 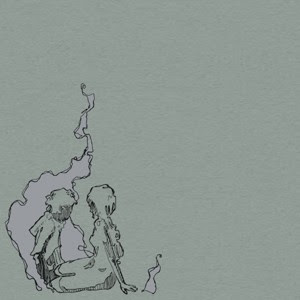 What influenced you?
Just between the main collaborators in the band there’s just to many to name as far as bands and composers go but we really always liked the idea of trying to create the music of the future, with a diverse range of emotion like a great symphonic work that effectively distill deep and complex themes but still with the sincere and personal touch of modern songwriting.
June 2010, your released From This Vantage.
Our bassist Drew does allot of our design stuff, like posters, t-shirts, and the artwork for FTV. We recorded the record at our home studio meltface studios in Nashville TN where most of the band lives and practices. It was very laid back and really gave us the opportunity to play in a space everyone was comfortable and really get the sounds we wanted. Probably the smoothest and easiest recording process of my whole career producing records, probably as some of the songs from the record had been around for a good long while. Jorden Andreen mixed and mastered the record giving it the real audiophile treatment, I feel like the amount of dynamic range on the record is truly symphic and he mixed it using only out board processing (no plug-ins) as well as using a 2″ tape machine that formerly belonged to Brian Wilson of the Beach Boys. I’m really excited about how well the record came out and the experience really left us feeling empowered to do a much bigger release. 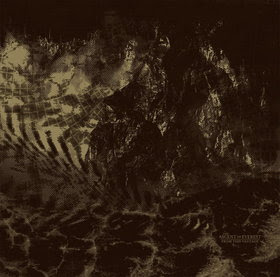 What are future plans for the band? New album? Tour?
We’re doing pre-produciton on a new record right now but haven’t really set a date for release probably around Feb 2012. We hope to go back to Europe and the UK in October of 2011 and march 2012 as well as more east coast touring.
Do you have anything else to say about the band?
the ascent of everest
http://www.ascentofeverest.com
meltface inc.
http://www.meltface.net
– Klemen Breznikar 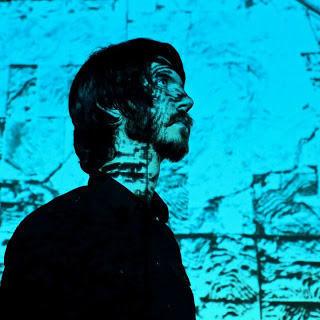