Paul Gurvitz is a multi-platinum songwriter who’s musical journey started at the age of 15. He bought his first guitar in a local store for 12 pounds and signed his first publishing contract at the age of 16 and has since written countless hits for many artist’s including his first hit “Race With The Devil” with his band Gun.

In 1964 he embarked on his touring and performing career as a guitarist with his bands The Londoners, The Knack, Parrish & Gurvitz which was produced by the infamous Sir George Martin and then switched to bass with Gun, Three Man Army, The Graeme Edge Band and The Baker Gurvitz Army which featured Cream drummer Ginger Baker. Now living in Arizona, Paul is still an active songwriter and has released several solo albums and is now embarking on another journey with his new band The New Army.

What were your main influences?

I used to listen to a lot of American artist’s when I was growing up as there were only a few English ones that I found exciting, around the late 60’s I would listen to Santana, Buffalo Springfield, Spirit, The Allman Brothers, Zappa.

Your first band was called The Londoners. You played gigs around London and you also went to Germany.

Actually The Londoners never really played in London other than when we were the backing group for Gene Vincent. The Londoners played mostly in Germany and France. 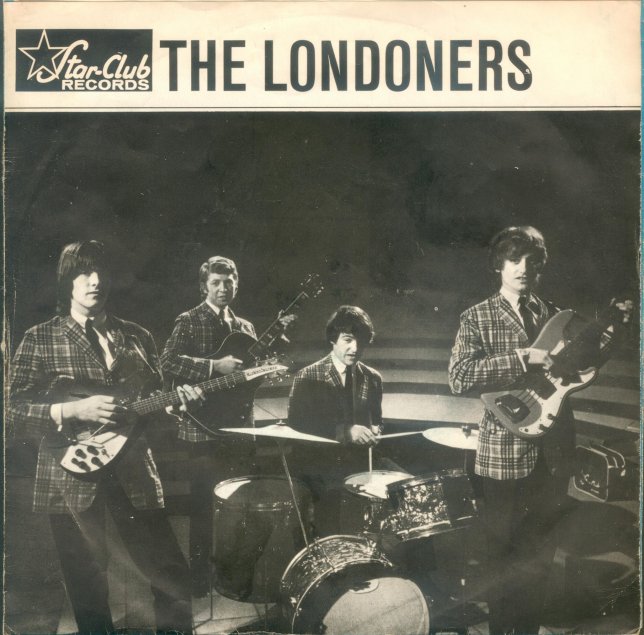 You recorded few singles for Pye and for Decca. Was The Knack a continuation of The Londoners?

The Knack was a continuation of The Londoners. There were a few different members, on bass was Gearie Kenworthy, on organ was Tim Mycroft (who is the first of the family tree to have passed away and on drums was Topper Clay, and I played rhythm guitar. The Knack played mostly in London and around England.

The Gun was a continuation of The Knack with different members. The first Gun was Tim Mycroft on organ, Gearie Kenworthy on bass, Louie Farrel on drums, and I played rhythm guitar and lead vocals and actually started playing as The Gun late ’67. In early ’68 there were more changes, Jon Anderson was the lead singer and my brother joined on guitar, then it changed again, Anderson left so did Tim Mycroft, and the Gearie Kenworthy and that’s when we became The Gun that made the albums. I was now playing bass and Adrian on guitar and Louie on drums. “Race With The Devil” was our first hit and was recorded at CBS in London on an 8 track recorder. We were managed at that time by the famous jazz player Ronnie Scott and rehearsed in his club. During the time we were rehearsing there was a guy painting murals on the club walls and we asked him if he would like to do the artwork of the cover. His name was Roger Dean who later did all the Yes albums and many more, but The Gun was his first. As far as touring, we spent time in France, Germany, Italy and England. 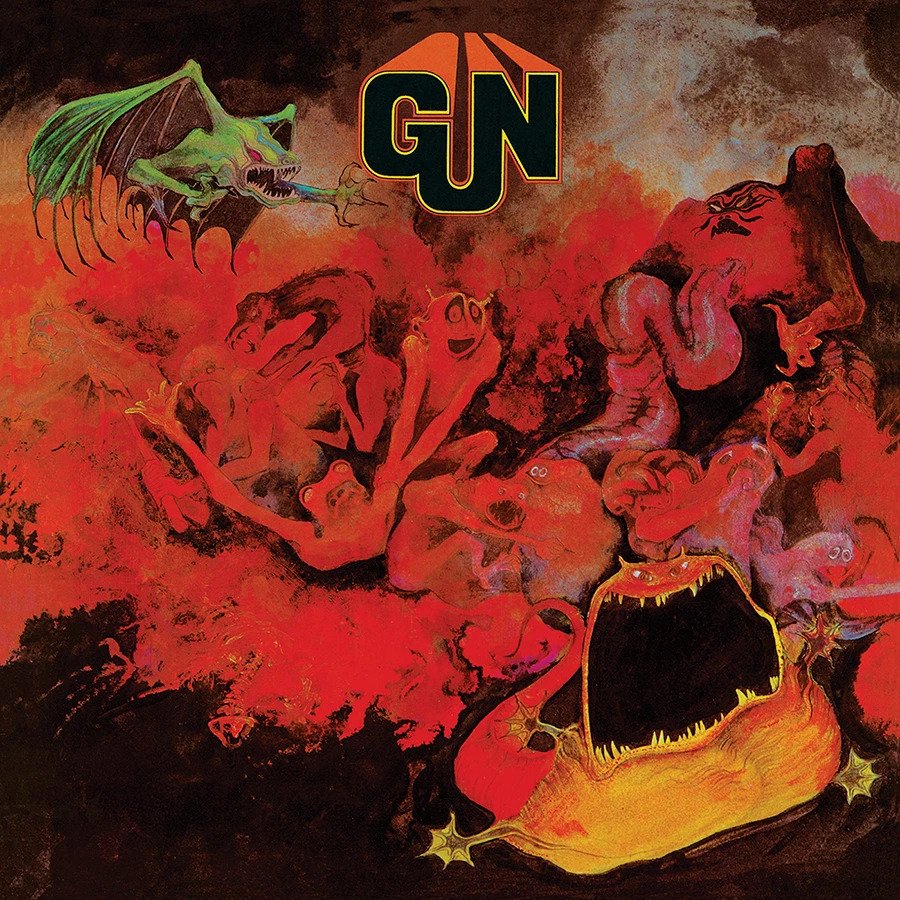 Your second album followed in 1969.

I don’t remember much about that. I know Peter Dunton played on some tracks, but never really joined the band although there were some publicity pics with him. Most of the second album was Louie Farrell, later Goeff Britton played drums and toured with us. He later joined Wings. 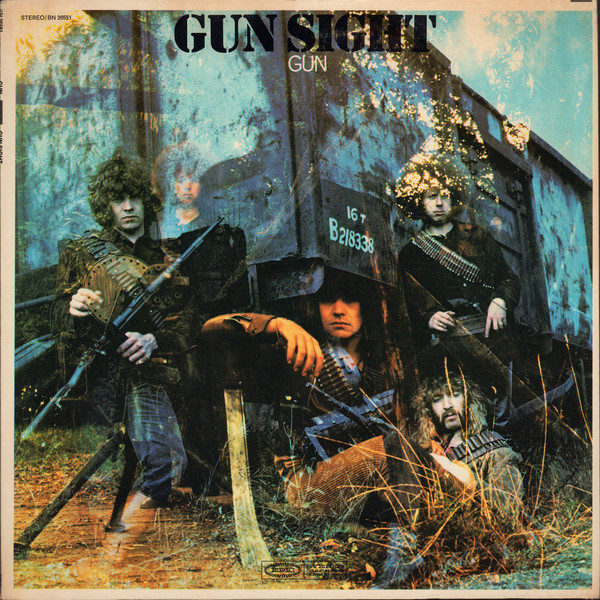 Your brother went to USA to record with Buddy Miles. After that he and Brian Parrish released Parrish & Gurvitz. Slowly after that Three Man Army was born. From 1970 to 1974 you released three albums.

Actually I was in Parrish & Gurvitz not my brother, Brian was in The Londoners with me. I was recording a solo album for CBS and then decided to join up with Parrish. Three Man Army was an extension of Gun but with a lot of different drummers such as Buddy Miles, Mike Kelly (Spooky Tooth) Carmin Appice (Vanilla Fudge). The band was just a recording band at the time as Adrian and I were playing in different bands but we intended to make Three Man Army a touring band later and when Adrian finished with Buddy Miles, Parrish and Gurvitz after making 2 albums with George Martin (Beatles) decided to pack it in and that’s when Tony Newman joined and Three Man Army was born. The second album Mahesha and Three Man Army Two were both with Tony Newman. We recorded often at the Who’s studio and toured the U.S. with The Doobie Brothers and The Beach Boys. We did some TV and there is an album of unreleased material called Three Man Army Three.

During that period you started another project with drummer Graeme Edge from The Moody Blues.

The two albums with Graeme Edge were just studio albums. The Moody Blues were taking a break and doing their individual projects. The artwork was by Joe Petagno (Motörhead sleeves etc.) also Three Man Army Two, the second album Paradise Ballroom was recorded in London and Memphis, they have both been reissued recently on The Acerteric label.

Three Man Army was back from the U.S. and Tony Newman was offered a gig with David Bowie and we suggested he took it. Three Man Army had an album ready to record, but no drummer. We met Ginger in a club one night and he said he wanted to join the band and the rest is history. That album became the first BGA album. The band toured the U.K. and America and recorded somehow 2 more albums. There have been many live albums released since the demise of the band. You will find BGA Still Alive which includes a DVD. 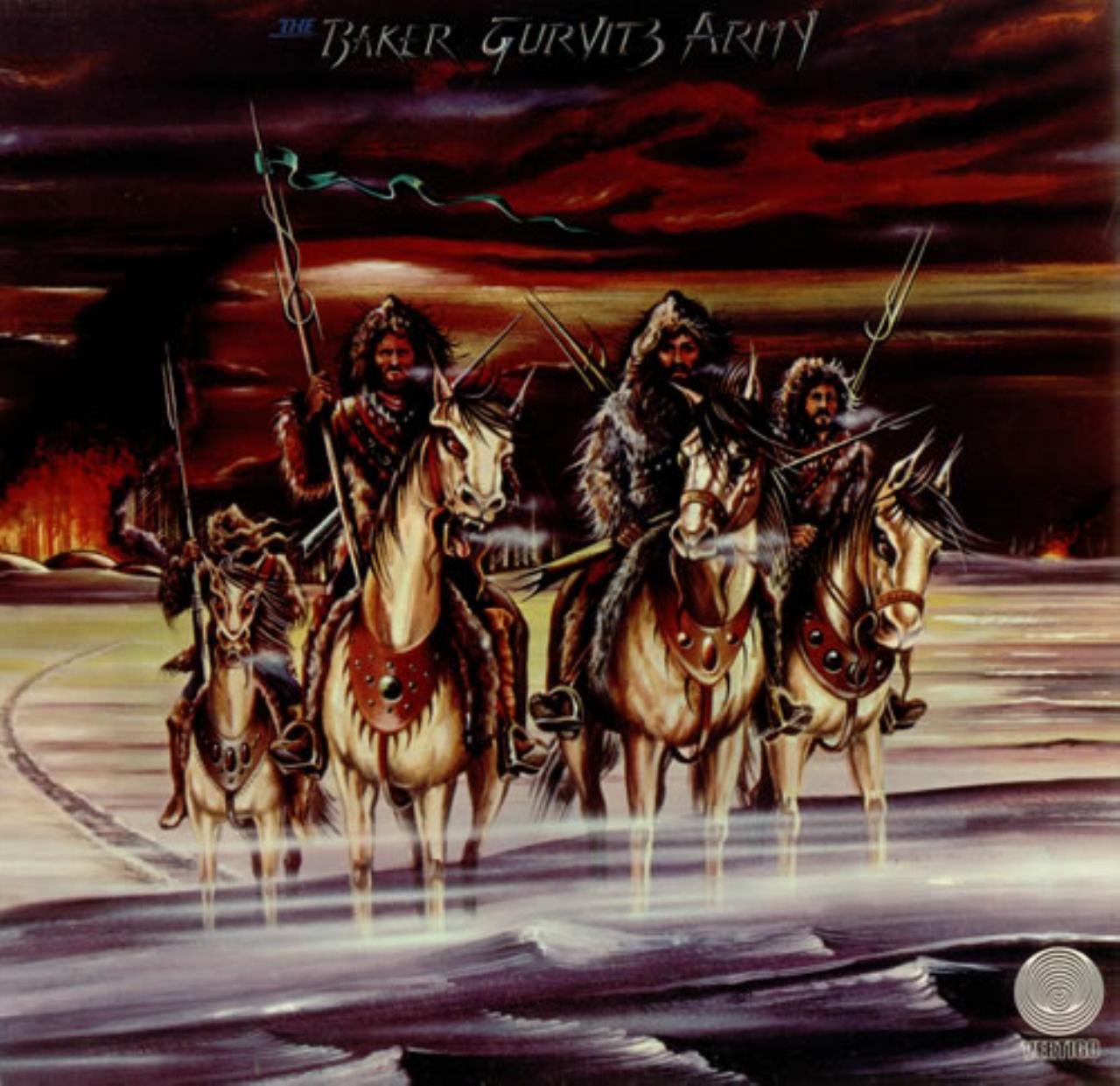 After the recording of Hearts On Fire our manager was killed in a plane crash and the band split. Adrian pursued solo projects and I produced them.

The 80’s was a whole new era for me with my music. I went from playing and creating hard rock to writing pop r&b for many artist’s which you will find on my website.

No Gun No Army was just a release of demo’s rated. PG was more a project than No Gun No Army. I make the albums more for other artist’s to record the songs.

How about Sweetheart Land?

I liked Sweetheart Land. Gave me chance to switch my style a bit to more country / rock. 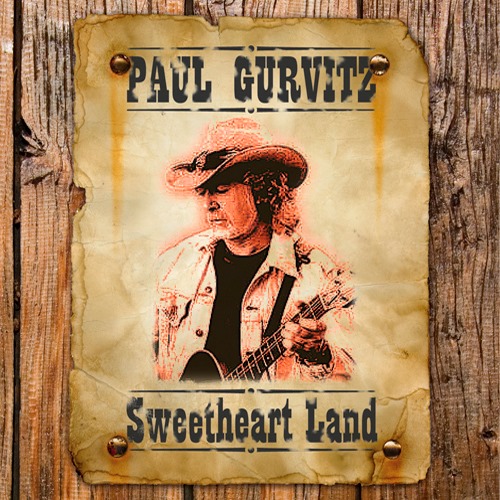 I am still writing and producing. I have also started to write for film/tv and maybe another album and recently trying to put a band together to do some live shows.

Many thanks for you time and effort.

Thank you! I think I have covered most.