I spoke with Andrea Bartelucci about his project with Daevid Allen, member of Soft Machine and Gong! In 90’s Andrea worked with Daevid Allen and also recorded a song with him. The song was allowed to be downloaded by Andrea so here is the link: Magick Brother
Andrea is a jazz flutist and composer. Author of a number of compositions and leader of several musical projects. A deep knowledge of jazz tradition and a serious classical formation developed into creative research in new directions, including modern jazz, fusion and progressive rock. He studied classical flute and chamber music with celebrated teachers, such as Gustav Scheck, Glauco Cambursano and Harold Gomberg. Performed as a soloist in Europe and America in a number of different musical settings. Since the end of 70s developed an interest in jazz and started playing it, working with outstanding italian jazz musicians, like Enrico Rava, Paolo Fresu, Gianluigi Trovesi and Bruno Tommaso. He studied jazz with such authorities and Charles Mingus associates as Walter Bishop Jr. Mal Waldron and Jack Walrath. He extensively toured in Europe and recorded with Jack Walrath and spanish vocalist Paula Bas. He often played with organist and pianist Gianni Giudici appearing on a number of TV broadcasts. In 1980 he met Daevid Allen, ideator of “Gong” and “Soft Machine” in New Mexico, and later played together with him during his european tour in the mid-90s. Since 1989 he often visited Russia taking part in a large number of musical projects with talented artists such as David Goloschokin, Mikhail Kostyushkin and Andrei Kondakov and as leader of his own Saint Petersburg based BART-quartet. His concert programs include many originals and jazz standards in a new personal treatment. 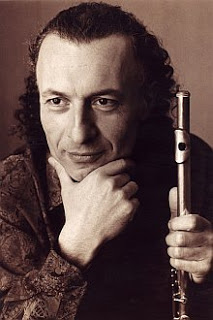 I met Daevid in New Mexico in 1980. He was living for some time near Santa Fe and touring in the States with Elizabeth Middleton. I was very fond of his records “New York Gong – About Time” and “Now Is The Happiest Time Of Your Life”, and I was 25 then. So I called him on the phone and he invited me to join him in the middle of the desert. I arrived in N.M. with my girlfriend of that time, and we lived together in a wooden house owed by Frank, a Chippewa wise man, involved in gathering people to create a community of people sharing high spiritual ideals. That area is reputed for frequent visits from UFOs, and I was almost on the point to be a direct witness. Anyway, I was very into “psychedelia” at that time. I then moved to Woodstock and to New York, in time to hear Daevid play a concert at the “Squat Theater”. Actually the record “Divided Alien Clockwork Band” consists of the recording I made at the concert with my portable Sony cassette recorder. Daevid gave me some of his jacks to connect it to the mixer output. I gifted him with the tape whe we met again in Italy during his gong gig in 1994. Two years later I met him again with Gong, and then I played with him in the Magick Brothers italian tour the same year on three gigs: Lollio, Mezzago (from which “Magick Brother” was taken), and Castiglion Fiorentino.After that time I met Daevid only once with Gong in North Italy a pair of years later. I think he’s living in Australia now. 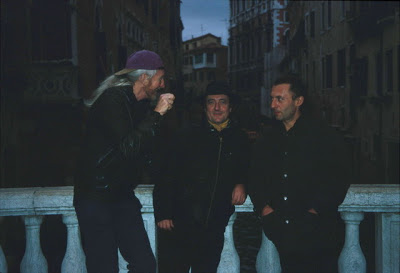