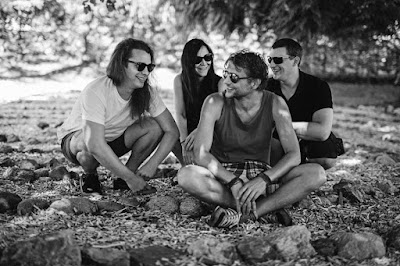 Blending the bluesy rock & roll of the Brian Jonestown Massacre and Black Rebel Motorcycle Club with the shoegaze decadence of Ride and Slowdive, Juleah has found its trademark sound in sweet but sultry vocals and the depths of reverb-soaked guitars. While remaining steeped in omnipresent psych leanings, Juleah has delicately perfected the art of genre reinvention, taking heed of everything from the snarl of southern guitar riffs to the shimmer of surf rock.
Juleah is working on her third full-length album, due for release in 2019. Their third album Desert Skies will be out in January on Konkord Records (Austria).
https://www.facebook.com/juleahmusic
https://www.juleah.com/
JuleahPremieres