‘There Is No Eye’ by Black Doldrums

‘There Is No Eye’ by Black Doldrums

Recently announcing the signing of a record deal with Club AC30, effects-laden singer-guitarist Kevin Gibbard, anchored by the powerful precision of drummer Sophia Lacroix, will be releasing their 4 track EP later this year, co-produced by engineer James Aparicio whose credits include Spiritualized, Nick Cave and Depeche Mode.

‘Sad Paradise’, taken from the poem Allen Ginsberg gifted to Jack Kerouac “The Denver Doldrums”, is an expansive, completely collaborative piece of work. Gibbard tells us “With just the two of us, it’s a close relationship with its challenges. We don’t have a lot of people we can rely on and for creativity this can be both productive and destructive as well as rewarding due to the fact we both have something in common to work against. It’s us against them. Lyrically, I like to keep things simple and base each song around a theme as appose to a specific subject. More a feeling than a story. In terms of composition, each song ends up being a journey as we like to experiment and push it as far as we can with just the two of us. Our whole approach is that a song should write itself.” 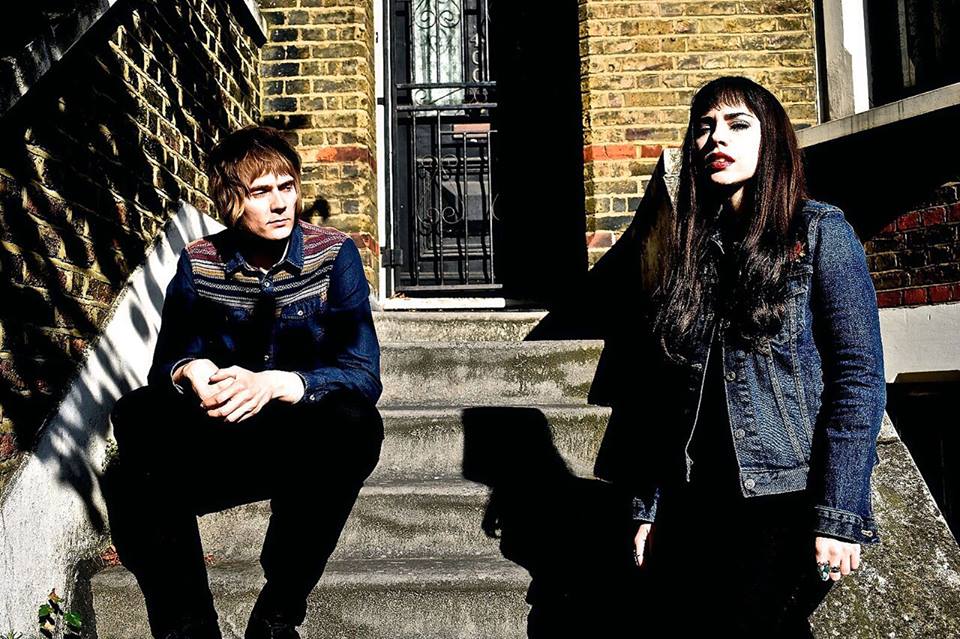 Recalling the early ragged glory of Black Rebel Motorcycle Club or the Black Angels, Black Doldrums are instantly recognised for their malevolent drums and sonic ferocious riffs. The band is influenced by much of the proto-psych of the 60s, icy post-punk of the 80’s and the Brit-rock swagger of the 90’s and their gothic aesthetic, charmed from Syd Barrett’s ‘Madcap’ era.