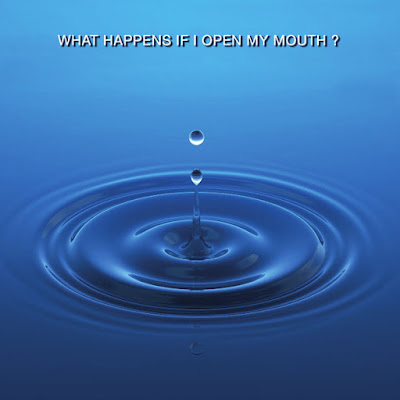 “I get seduced all the time and actually kind of like it.”
Video maker and performance artist Céline Gillian released her first single, a record about seduction, youth and beauty.
I enjoy songs with few lyrics. Songs with just one line stick to me the most, like ‘I Feel Love’ by Donna Summer. ‘I Can’t Connect’ is a good one too. Why did you decide to write a song like this, based around one tag line?
I believe in words – in their healing power – and I like the idea of a password or a magical phrase that would open a hidden door or unlock a passage when you say it out loud.
Also, I grew up in the countryside with little contact with pop culture – there was no television around – so I became completely fascinated by it. I guess that’s one of the reasons why I like catchy phrases like the ones we find in commercials and in movie trailers so much. In the bizarre neoliberal era we live in, you can convince anyone to buy pretty much anything with just a few words if you manage to seduce them and (although I get seduced all the time and actually kind of like it). I try to imagine a world where we would use those techniques for other purposes than to sell things or manipulate people.
You say you grew up in the countryside. Where did you grew up?
I grew up in a small village between Liège and Maastricht called Aubin-Neufchâteau. I was very lucky to be able to spend my childhood playing and running in the woods.
Why did you decide tot move to Brussels later on then?
The countryside became a bit suffocating while I was in my teens so I came to Brussels to study art and stayed here for work.
The A-side of your 7” kind of reminds of Jlin. A reference?
I wasn’t aware of her work while I was working on the record but now I am and yes, it totally became a reference. I especially love the way she constructs her pieces, how very controlled they are. At some point it becomes pure calculus, pure abstraction. And it becomes a relationship between 2 thinking machines – the human brain and the computer – and I love the idea of such a collaboration.
‘Youth And Beauty’, the B-side, got a video which is made out of footage from celebrities at airports. Did you make this video yourself?
Yes.
Why did you want to make a video out of found images?
For ‘Youth And Beauty’, I made a video collage from amateurs and paparazzi’s shots of jetlagged Cara Delevingne arriving at Los Angeles Airport and being literally attacked by fans and flashes. You can find hundreds of videos on the Internet of jetlagged Cara Delevingne arriving at Los Angeles Airport.
What does this say about the way we deal with images, media and information?
I’m very interested in exploring ways to make sense out of all that material that is out there, mass produced every day.

What’s is the role of an artist in all this?
Sometimes, I don’t really see the point in creating new images at all. There’s a kind of violence in those images of a young beautiful woman being ‘shot’ and even more in their repetition. That is a very pop violence, a glamour kind of violence that we find acceptable. I’ve never been to L.A and I’ve never met Cara Delevingne in person but I still feel very familiar to the city and I feel like I know Cara and we could be friends, which is obviously not the reality and kind of delusional. We live in a world where success is godified and where celebrities are either idolised or crucified and I want to question that with what I do.
The title of your 7” is a question: what happens if I open my mouth? So: can you answer this question for me?
The answer to the question is the record itself.
This 7” is the only record you made.
One has to start somewhere: let’s just say it’s the first record I made.
The text on the Lexi Disques site says this record is about ‘women searching for their own ways in the boy’s club’. Can you explain this a bit to me? What’s your ‘own way’? And what’s the ‘boys club’?
You’ll have to ask Catherine about that as she’s the one who wrote the text, but I think what she meant was simply that I am a feminist and that being a feminist is part of the things I want to talk about in my work.
You call yourself a feminist. What’s a feminist? I mean, I know what a feminist is, but what does it mean for you personally?

For me – as an artist and a teacher – being a feminist means raising consciousness about structural patriarchy, fighting it inside and outside of ourselves. On a more personal level it means overcoming my self-limitation instincts, allowing myself to exist and speak up.
– Joeri Bruyninckx
© Copyright http://www.psychedelicbabymag.com/2018
Céline GillainInterviewJoeri Bruyninckx