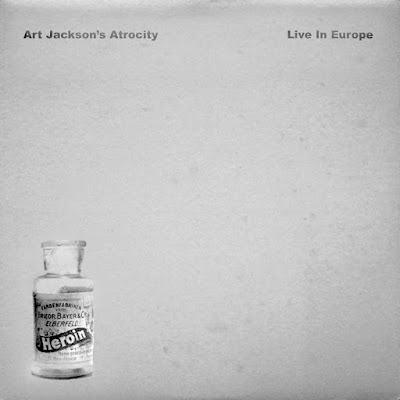 When it first surfaced over 10 years ago on MySpace, the album Gout, by Art Jackson’s Atrocity, was mired in mystery and confusion. It originally purported to be a never-issued Columbia Records promo LP from 1974, guided and funded by Miles Davis, and featuring an East St. Louis collective of ex-Black Panthers fronted by a hotshot 20-something junkie guitarist who was making avant-garde jazz-rock ahead of their time.

But it didn’t take the internet long to sniff out a not-so-elaborate ruse. Tipped by a few different factors, including a nonexistent web-wide footprint, an audio snippet found on Gout from Full Metal Jacket, made 13 years after the 1974 album it appears on, and a back story that was just a bit too colorfully entertaining to be true. it wasn’t!

That didn’t stop a small cadre of intrigued listeners from enjoying and debating Gout, however. After all, everyone likes a rock and roll mystery. Especially since Gout sounded like what it claimed to be – a live-in-the-studio improvisational recording cut from the cloth of the electric freeform spirit of late ’60’s & early ’70’s jazz rock.
So, the dialog raged on. Who was Art Jackson’s Atrocity? When, exactly, was the album made – since it seemed to sidestep carbon dating? Was there any truth to any of the story… or the music. The conversation even found its way into the pages of MOJO Magazine, which said of the download-only recordings, “whatever the provenance, it’s a fine, percussion-fueled free-for-all.”

Then ten years after the whole brouhaha began, the perpetrators outed themselves. A “college outfit” called We’re Late For Class, who had been quietly releasing reams of free music on their own blog for the past decade, finally stepped up and told the rest of the story. As it turned out, it wasn’t some diabolical “hoax” after all. In fact, it was exactly what We’re Late For Class had been doing for years. Making improvisational music, then spinning a tall tale based on the music’s end result. Exemplified by their 6th release (of 72 releases… so far), entitled ‘Set The Controls For The Heart Of The Sun’ As Played By Vanilla Fudge Imitating Iron Butterfly When Fudge Were Forced To Open For Butterfly At The Fillmore West After In-A-Gadda-Da-Vida Went Top Ten. Which is… precisely what it sounds like. A 40-minute jam, based on Pink Floyd’s “Set The Controls For The Heart Of The Sun,” but sounding like it could have been played by Vanilla Fudge imitating Iron Butterfly at the Fillmore. All prefaced by a pants-wetting funny back story that anyone with half a brain would know was a nuanced put on designed to “fool” no one. The first of 56 comments on the band’s blog summed it up nicely…”I don’t even care whether I’m gonna like this. I’ve just gotta hear it!”

Then there’s their 30th release, The Jim Morrison Seance Tapes, where a throbbing 14-minute psych/space excursion is fronted by Jim Morrison, speaking from – as the story goes – beyond the grave. While future releases and concepts (a lost art in itself) followed the same pattern first put forth with Art Jackson’s Atrocity ten years ago: Soundtrack To A German Existential Student Art Film (#8), The Final Moments of Barry Cowsill (#14), Live In The Theatre of DisBelief (#22), Jazz From Outer Space (#35) or Opium Den Express (#39). Not to mention a sharply conceived, acoustic blues cover of The Beatles’ “I Wanna Be Your Man,” a Howling Wolf-styled send up that implies the song was written and recorded in the 1950s, by “Blind somebody,” before Lennon & McCartney ripped it off for themselves.

For 10 years, the pattern of irreverent story-telling and historic re-invention was all there to see and hear for anyone who happened to stumble upon the band’s blog or Bandcamp page. And many did.
Today… Art Jackson’s Atrocity – the concept that started it all – seems to be We’re Late For Class’ enduring legacy. One that’s bolstered with the release of The Atrocity’s second, “independently released 1975 LP,” Live In Europe. And, like the rest of WLFC’s work, it delivers on the promise of its title… in spades (pun intended). These “live” recordings seemingly capture a seven-piece outfit, bolstered by a highly-charged drum attack, and colored by the instrumental trappings of ’70’s electric jazz improvisation (saxes, flutes… clarinets?) – fronted by the specter of a black, junkie 22-year-old guitarist whose brain-fried solos careen from blissed-out spacial psychedelia to frantic, searing, speaker-busting leads.
http://werelateforclass.blogspot.com/2017/05/72-art-jacksons-atrocity-live-in-europe.html
https://werelateforclass.bandcamp.com/album/72-art-jacksons-atrocity-live-in-europe-1975 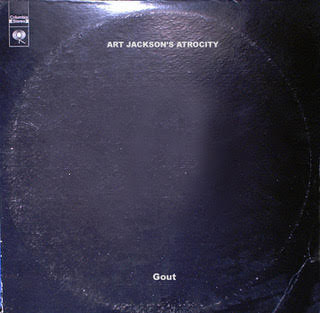 Is all this real? Of course not. The story isn’t, anyway. But the music itself is another story, and is as real as your ears will let it be. It was easy for the web-elite to dismiss Gout, the first album, when a handful of discernible facts didn’t add up. Besides, no self-respecting connoisseur likes their musical knowledge challenged or, perhaps, trumped by hoaxers. But, with Art Jackson’s history and lineage now out in the open, it’s much easier – in fact, quite enlightening – to accept the music itself for what it is – blisteringly authentic jazz/rock, with enough originality and twists and turns to keep everyone “guessing.”

Is it authentic? Is it ‘live?’ Is it all a con? Who can say, since the music is in the ears of the beholder. Perhaps there’s a more pertinent question to be asked that’s more to the point… Is it worthy? 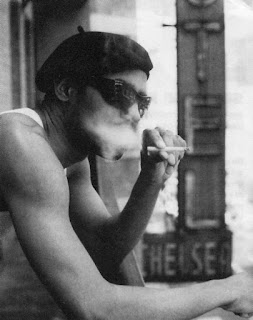 On that count, opinions will invariably differ. But many (including this writer) are magnetically drawn to the… to the what? To the story? To the 10-year mystery? To the audacity? To the gall? To the attention to detail? Bluster? Chutzpah? Creativity? Maybe just to the non-believers in all of us or, perhaps, the entire concept’s apparent send up of the gullibility of consumer expectations?
Maybe, just maybe, it’s the music itself that makes its mark this time. Maybe that’s all that ever mattered.
– Kenneth Hall
© Copyright http://www.psychedelicbabymag.com/2017
Art Jackson's AtrocityArticlesKenneth HallWe're Late For Class