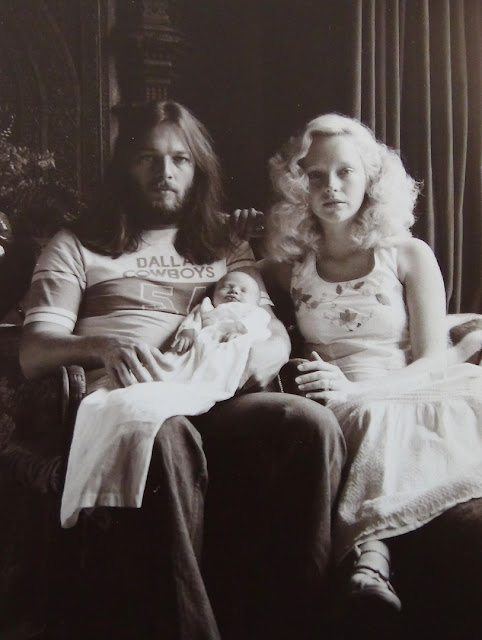 Ginger Gilmour, artist, humanitarian and ex-wife of Pink Floyd founder David Gilmour was kind enough to answer a few questions about her book “Memoirs of the Bright Side of the Moon.” It’s available for purchase at http://www.angelscript.com. Pink Floyd fans will especially enjoy Dark Side of the Moon, Wish You Were Here and the iconic performances of the Wall, the tension between band members, all through the lens of Ginger’s experience.

“For me, this book is the end result of an adventure that I had the opportunity to take when I was just a young girl of 22; to see and do things that most women of my generation could only dream of.” Ginger continues, “David and I were young and in love and through that experience of being his wife, having four children and also developing as a woman, I feel only gratitude for what my life was and for who I am today.” 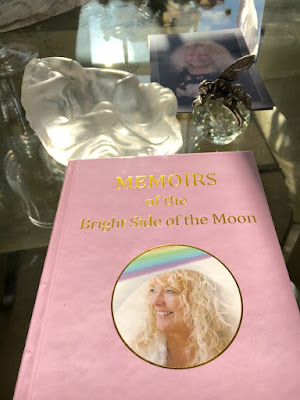 Did you have this idea to write a book about your life for a long time or did it occur to you spontaneously?
Many of the people around me, having witnessed my journey have encouraged me to write this book. But it was it seemed to me, divine inspiration that finally made me put pen to paper. The book, Memoirs of the Bright Side of the Moon is a story of love told through the lens of my life’s journey and touches upon the center points of my life including being in the court of rock royalty, motherhood, and creative expression. It is a tale of standing on top of the mountain, falling from its magnificent heights, and finding yourself again.
Was David involved in any way in organizing the material and thoughts about your life you shared together?
No, David was not involved in organizing this material. Memoirs of the Bright Side of the Moon is the true story of my life and how I was challenged, survived, and resurrected like the Phoenix rising. Some of the chapters do include my years with David and our four wonderful children. But more than that it is a glimpse into my Heart as you meander down the hallways of my life. It is NOT a tell-all as that has such a negative connotation and I apply positivity in every aspect. The book really is a book of love with lots of great stories about some historic rock and roll days. Part of my motivation to write it was for my four kids so that they have a true retelling of the love story from which they were born. And also a way to know their mum and her purpose in my present day life. 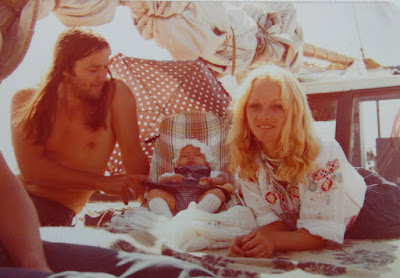 Pink Floyd became a name that really means something and still after all these years their albums sell incredibly well. Before meeting David in 1971 were you already a fan of their music? What album got you into them?
I was definitely part of the sixties when Hope and Peace were the keynotes of the day. I went to Rock n’ Roll festivals and wore bell bottoms and flowery shirts. I was in my young 20’s and having a great time listening to The Doors, Hendrix, the Moody Blues and definitely the Beatles and the Mersey sound from England. At the time, I was a model, did fashion shows and thought of myself as an aspiring actress. Being that the Univerisity of Michigan was in my home town of Ann Arbor, the city was a hotbed for the Peace Movement. Great bands came through town especially on Halloween weekend every year and that is how I got to see Pink Floyd. I was vaguely familiar with The Floyd as they came into my consciousness when a dear friend Morpheus brought back the album, UMMAGUMMA, from his trip to London. Morpheus had befriended Chris Adamson, one of the Floyd roadies and had tickets and backstage passes. But until I went to the concert I had no idea what their music really was about. I certainly couldn’t have anticipated how that night would change my life forever. 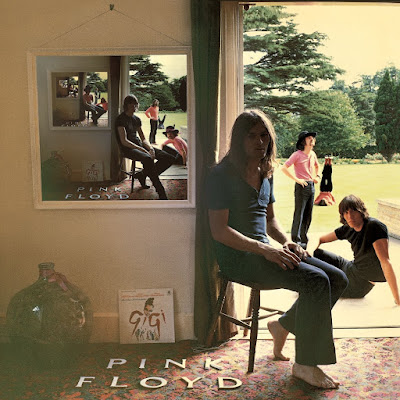 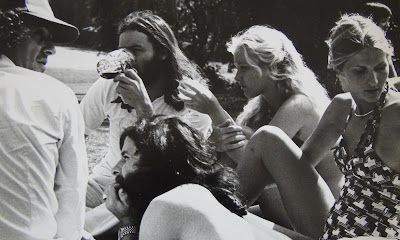 © http://www.angelscript.com/
It was time for David to do his own album. He needed to as an artist. He needed to feel free to express once again. He said in an interview from the ‘Source’, ‘Doing this album I wanted to make a really good record. I didn’t want to do it very very quickly, and I wanted to get the best musicians in the world that I could get hold of to play with me, so I thought I’d just make a little list of all my favorite musicians, you know, best drummer, best bass player, best keyboard player, and I’ll work through the list to see who I can get. I had a bit more time and was feeling a bit freer about things on this album which allowed more creative “accidents” to occur. 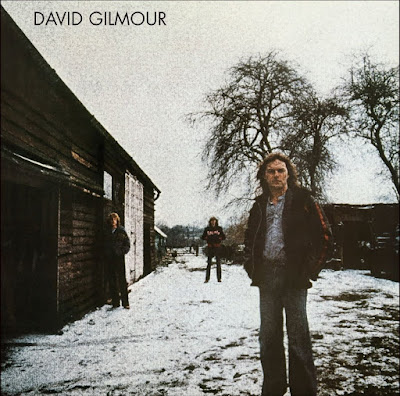 You studied art for eight years with the English artist Cecil Collins. Would you like to tell us more about your studies?
A fantastic experience. As I wrote in the book, the kids were getting a bit older, they were in school and after fashioning a little studio for myself in the house, I began art classes with Cecil. Cecil asked me to bring in a few samples of my artwork. There was one particular one which held his attention. It was a watercolor of a winged being couched in a fetus position. It sat upon the water’s edge below a Greek-like mountainous scene. It was one of a being broken and waiting in contemplation forlorn. Cecil, peering straight into my eyes from behind his glasses, said with such clear compassion, ‘The next time she flies, her wings shall not be made of wax!’ I decided to call this watercolor ‘My Icarus’.
Further into the term Cecil said that he did not want me to do any artwork for two years except to come to his classes. So I did this as per his request. It proved interesting to allow what would grow within me. These classes were like the apprenticeship of old in many ways. As it came to pass, I continued on with his classes one afternoon per week for nearly eight years. I am so grateful to have experienced so many formative and inspiring memories shared with him and the other students. It tingles and fills me with a smile as I remember them.
During class he often spoke of the Journey to the Lost Paradise. That within each individual there is this secret place, often untouched, under-nourished. He sought through his art to unlock the door, to feed and sustain the viewer and inspire us to do the same. He encouraged us to dwell within its mystery, within its poetic symbolism and intention. He wanted to catch the soul in flight in its return to Paradise. And so did I.
Through his classes I awoke with a strong desire to be open to create artwork which uplifted and sometimes even stirred the viewer to question ‘Who they were born to BE’. As my creative journey continued, I was inspired more and more by Cecil Collins saying that the art gallery could also be a place where the Holy Spirit could visit as it does in the church and in our hearts. I took it a step further and experimented in creating my home to be a Sanctuary for the Holy Spirit. I created ‘Walls of Living Sculpture’ whose shadows moved with the changing sunlight and the evening moonlight. I found within those walls bad moods did not hang around for long.
You’re very active in art and you also practice so called esoteric healing. Maybe explain us a bit more about your activities?
My life’s journey has taken me into many directions until this very moment. For me, the word ‘Esoteric’ means ‘to go Within’, that is to live within the essence of God’s Love. I have gone through many passages waiting for the divine spark within to be awakened. I have discovered that Beauty is the invisible key. You will try to capture it with a photo but it is illusive. God made it that way sparking our interest to go deeper into our hearts and then discover the Divine Spirit hidden there. One of my art teachers once said, ‘Beauty is a gift from God and our Gift is to use it, to BE it and Beautify Everything! It leads us to Truth.’ I am constantly inspired to create artwork and environments where it can happen! I have been graced to have exhibited during the 2012 Olympic Games to raise monies for the Paralympics athletes and young athletes. One of my sculptures, ‘Flame of the Spirit’ was in Heathrow Airport, Terminal 5, and UK for over three years for the lead in for London 2012. I have worked with the Red Cross for many of their fundraising initiatives and received the ‘Service for Humanity’ Award. My quest is to create Beauty that will seep into your hearts in a whisper and unlock the doorway to Love, to Truth, to God. 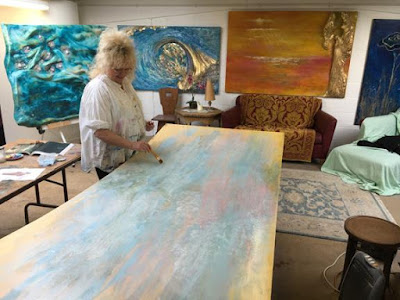 © http://www.angelscript.com/
A message for my readers:
For YOU — I have written my memoirs from my heart, being faithful to all of my memories and experiences. Its purpose, I discovered as I placed pen to paper, is to remind us to touch the Sacred essence of Life. Most of all, to uplift one’s heart beyond the challenges and remember the Beauty that you are.
I have been guided to share with you my story. Some may remember things differently. Some may find it too simple and sweet but in staying true to myself, my Joy, my Love I hope you feel that message strongly.
Enter lightly as you walk within my journey of Love, Memoirs from the Bright Side of the Moon. 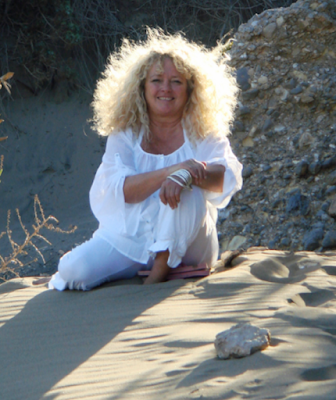