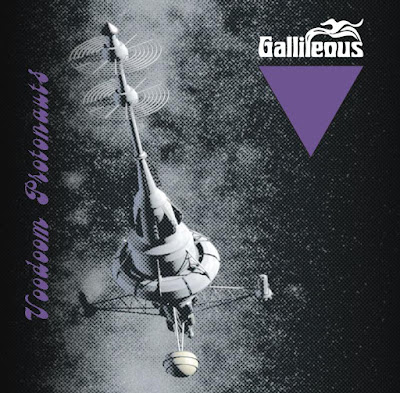 Gallileous is a pretty strange outfit from Poland, this ancient band was started in 1990 as funeral doom metal project but after long periods of silence and some lineup changes it turns somehow that their last full length album Voodoom Protonauts (2014) turned to be a cool stoner piece. All vocals were performed by Gallileous guitarist Stona, and his work is really good, but take a look – another turn and Anna Maria Beata Pawlus-Szczypior has taken his place at microphone! This interview with Anna probably will shed some light unto underground researches of Gallileous.
Listen: https://gallileous.bandcamp.com/
Hi Anna! First of all, how did you get company of these slow dudes from Gallileous? How long do you know this band?
They found me in the street laying in the ditch. Mirek lifted my head and asked if I could sing. I said I could try. I only remember them saying  “Ok. We’ll take her”.  And that’s how it started. Hehe. But, truth to tell, they contacted me cause they saw and heard me somewhere. I hadn’t known the band before. I can say we have known each other since we first met at a rehearsal.
Gallileous has a long and murky history as it was started as funeral doom band and continues today as stoner doom band. Do you think the band’s title is still actual? How did it connected with current band’s conception?

I know about their history. I don’t say it doesn’t matter but still, we live here and now. I mean everything changes so does the music. Since the very beginning, they are the people playing what’s exactly in their hearts. It’s their music. I appreciate them. I appreciate changes. But still as Stona, Cichy, Cebull and me changed over the years but keep the same name, so is Gallileous. From the very beginning doom played with joy and pleasure. I think changing style does not obligate to change the name but rather it enriches the name. What’s more, the conception is doom all the time although my vocals could change the perception a little.
Well, how does the band’s name connect with music?
Gallileous can relate to Galileo Galilei who was an Italian astronomer, physicist, engineer, philosopher, and mathematician. It stays in connection with the band’s name and with our cosmic lyrics. We sing about the universe, we try to understand and explore it. We aim to stay connected to it, to feel it and to, somehow, mirror it in our music.
And yes – what’s Gallileous current status and artistic conception?
Gallileous still plays cosmic doom although more lively and energetic now. That’s how I feel it.
Was it difficult to play with Gallileous for the first time?
Sure. Especially when I wanted to repeat the original simple vocal phrases. The style of Stona’s vocals wasn’t familiar to me. I usually try to diversify my lines so here it was difficult just to sing simply. Anyway, it is a real pleasure to me. It was like a gust of fresh air in my singing. I tried to keep this simplicity but I’m not able to for now. Hehe.
Do you perform material from that period?
Yes, we do. Yeti Scalp, Omen of Death, Brand New Cosmos and some more. They’re all really great. We mix it with our new pieces.
Didn’t you play old and more extreme songs now?
Well one of the aims was not to come back to these very old songs. That period of time is finished. Nevertheless, we work with a few old pieces. If they happen to be played, they will rather be completely changed and renewed. But we haven’t decided what to do with them yet.
Need to ask you – where have you dug the body of previous Gallileous vocalist? Just interested…
Hehe, Stona’s still alive. He’s safe. I’ll protect him as long as I need him! A vicious joke hehe.
What do you enjoy in Gallileous?
I love the space. The cosmic energy which has brought me here and which I sense in the atmosphere when we play. The feeling that here everything is possible. That I can experiment with my vocals. The feeling that we have known each other for many many years before. Friendly relationship and eagerness to get more from this music, to squeeze more. The simplicity and dynamics at the same time. It’s a really long list why I’ve decided to stay here, with them and why I love and appreciate them so much.
Anna did you sing before Gallileous in any other bands?
I have been singing in CARURA (technical progressive death) since 2009. We’ve started recording our next CD this year.
Juicy Band (Blues Rock Funk) we’re about to release our new CD “The Crash”. I’ve just finished my vocal carrier with The Blues Experience (blues rock). If it comes to heavy and around heavy, that’s about all.
Oh, even technical prog death… So do you play in these bands? And how do you see yourself in Gallielous – as a constant member or as a guest vocalist?
Yes, I sing in each of these bands. If it comes to Gallileous, I see myself as a constant member. As an intrinsic particle which sticks together with the rest of them and … I feel we are One.
Do you already have some new songs composed after “Voodoom Protonauts” album?
Of course. After first two meetings about 3 songs were composed. We work really fast. We have already done about 7 new pieces.
How do you participate in songs composing?
First, Cichy, Stona and Cebull prepare music. Then, I sing whatever comes to my mind and write lyrics. The other possibility is that I adapt Stona’s or Cichy’s lyrics and sing them.
What do you usually sing about? What kind of lyrical topics do you prefer?
Here in Gallileous I sing mostly about the Universe, about its greatness and space. These are the topics that were always really close to my mind but couldn’t express them in my previous bands. It simply wasn’t a good place to do so. Gallileous is perfect to explore it. However, in all my lyrics I refer to some psychological matters as well. You can interpret them in many possible ways.
Did you already think when you get an opportunity to record new album?
Yes. The earliest we can afford. Still, we have to choose how and where. Anyway, I’m sure it is coming soon. Maybe not this year but the next one so keep your fingers crossed.
Anna thanks for your answers (and patience)! I wish you all the best in your space voyage with Gallileous; well, do you have a few more words for our readers?
Thanks to everybody for staying with Gallileous for all these years and for your participation. We invite you all to join us on this cosmic voyage! 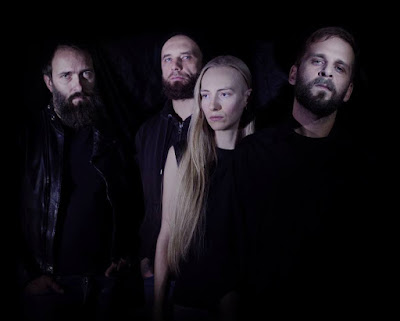