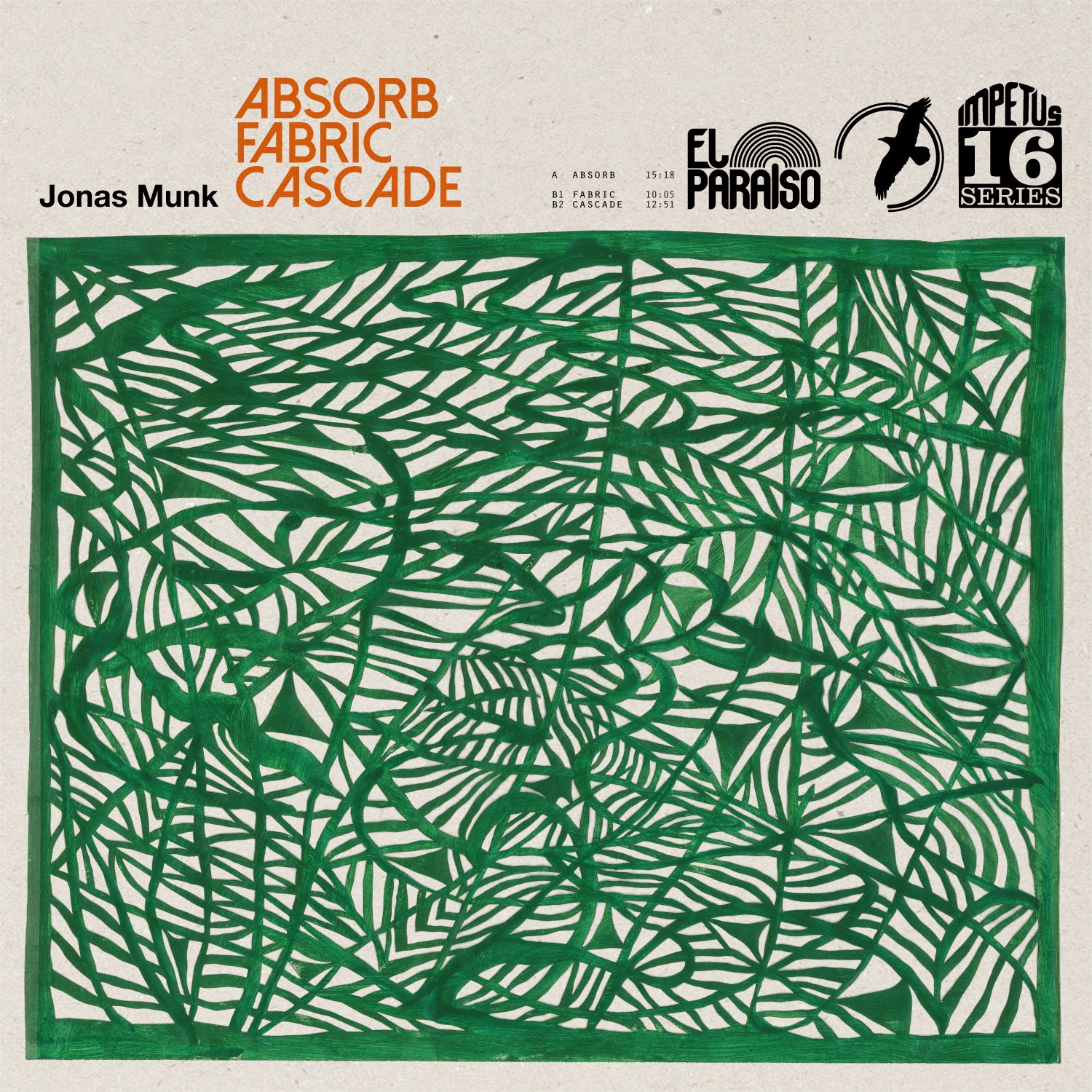 Jonas Munk “Absorb / Fabric / Cascade” (El Paraiso, 2015)
For his second solo release, Causa Sui guitarist and El Paraiso lynchpin Munk eschews the six string for a bank of synths and keyboards and creates an exquisite thing of abstract and absolute beauty that harkens back to the vintage ambient and minimalist experiments of Brian Eno, Terry Riley, and Steve Reich, as well as the elegiac krautrock creations of Florian Fricke and Popul Vuh. The sidelong “Absorb” begins as a repetitive riff counterbalanced against a pulsing beat that encircles itself while gradually adding slight variations of the main theme. Building to an ecstatic release of profound jubilation, it’s both a tribute to and enhancement of Riley, et.al.’s original minimalist pronouncements that still enthrall the listener today.
Flipping this limited edition (500) coloured vinyl over, we encounter “Fabric”, essentially a two-tone exploration of layered harmonics, as each organ line piggybacks on the previous incarnation to build a rhythmic sequence as hypnotic as it is instructional in the art of mellifluous counterbalance. “Cascade”, the final track, is also the densest. At first, it appears that Munk is simply pressing various keys to test their camaraderie with its preceding sound. At other times, we seem to be listening to someone run their finger along the rim of a wine glass to test the harmonics of the room. But eventually, Munk pulls his notes closer together to form a sweet fragrance of blissful reverie, perhaps a navel gazing aura has surrounded his instrument and we are left to assemble the finished “song” from its inherent substrata tonalities. This seemingly improvisational music is carefully assembled into structured chaos that eventually erupts in an explosion of sounds like a rocket exploding into new horizons. A revelatory, hallucinatory, spiritual experience of the highest order. 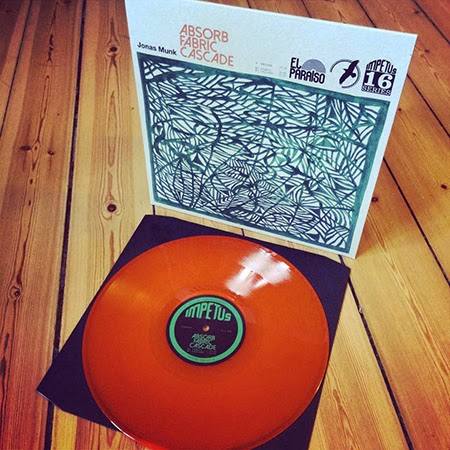