What to hell to do with 20 minutes of vinyl and an overactive imagination? Turn two of Britain’s cosmic spaced-out cowboys loose and hope for the best.

Which is just about what you can expect from these two side-long tracks from two of the foremost purveyors of instrumental space rock ruining brain cells today. The Liverpudlian Mugstar emphasize their second syllable with a quiet, intergalactic opening to ‘Breathing Mirror’ that evokes the timelessness and emptiness of space exploration (inner and outer) in the finest Barrett-era Floydian tradition. There’s a lunatic on the drumkit who’s pounding out a heart-ripping backbeat for throbbing basslines, exploratory guitar voyages, and otherworldy sounds of confusion that mimic madness infiltrating the well-structured mind. Always interesting, never boring, the lads pull out all the stops on their journey to worlds and brain cells you never knew existed. About eight minutes in, the atmosphere thins out, the breathing mirror begins gasping for meaning in its surroundings, and ominous star clusters twinkle mysteriously all around you. Something is out there…are you willing to find out what…or why? Proceed at your (and your mind’s) own risk…. Works best for late-night/early morning come downs. 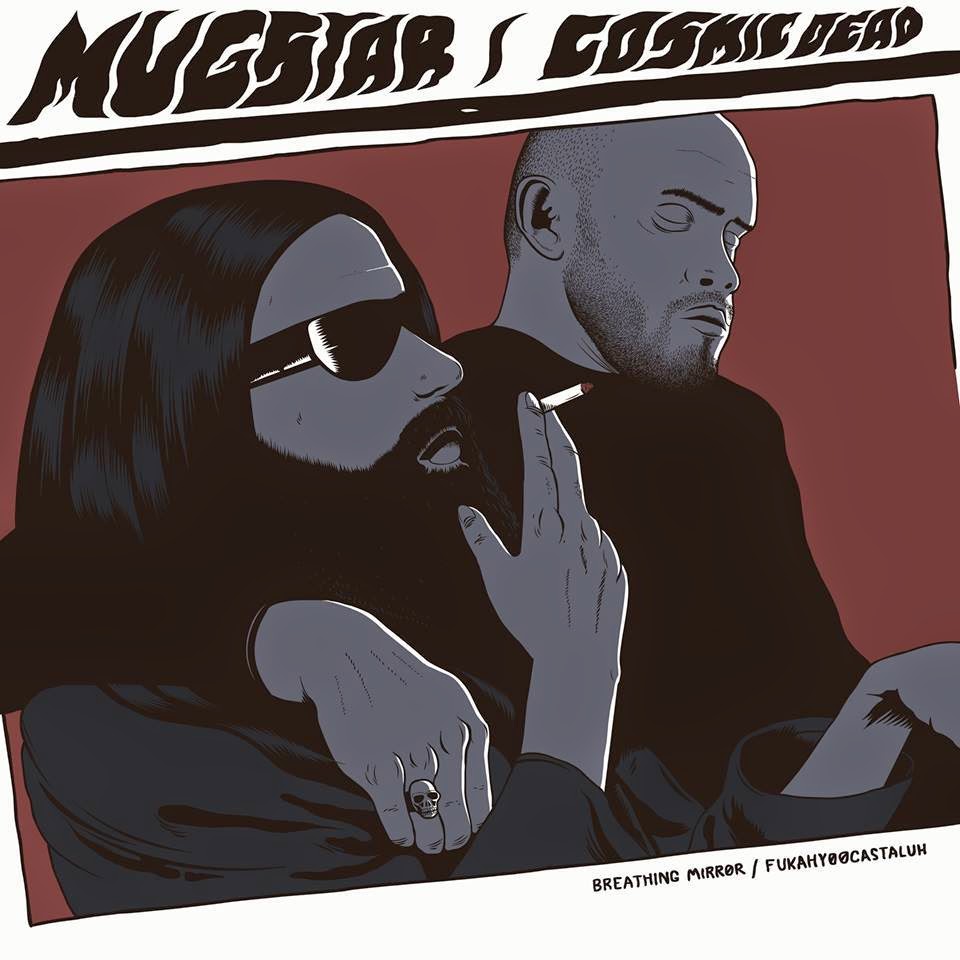 Glaswegian space rock may sound like an oxymoron, but only by short-sighted ox-y morons who are afraid to accept anything out of their limited comfort zones. Now, admittedly, that title is not gonna garner any airplay, but I suspect they don’t give a feck. [I’m not sure, but perhaps it was a line from Scorsese’s The Departed?] Recorded at (and perhaps experienced as outtakes from) the sessions that yielded their latest (Easterfaust) earlier this year, it consists of their trademark brainfrying vibe crossbred with an improvisational flair that always seems to suck you in to their vortex of swirling atmospherics in true Hawkwind/Ozric Tentacle grooviness. A bit of krautocking mellowness permeates the proceedings, which ebb and flow through various mood swings on the way to find out the secret of the universe or, how to get “castaluh” (and you) as fucked up as possible before they run out of plastic.