To answer your questions, I grew up in the Mill Valley area just north of San Francisco and consider some of my biggest influences were the times I spent in the magnificent redwood forests alone and my father.
I first got involved with music at a very early age. It seems that I always had some song that I was making up in my mind and could see colors in music and words! I always thought everyone could see this, but it became clear that not everyone could! Later in life, I found that this had a name, Synestesia!
I had no releases other than Parallelograms in the 1970’s. I had graduated from USC’s Dental Hygiene school and had purchased a home in Topanga Canyon when one of my dental patients, the legendary Leonard Rosenman had asked me one day after a visit to my office if I did anything beyond dental work. I mentioned to him that I loved to travel and wrote music in my kitchen at home. He asked me for a sample of my music and I gave him a pretty rough demo tape upon his next visit. His wife called me that next day saying they loved my music and had me come in that morning to visit with them at their home! Before long, I was in the studio at Universal! Kapp records was a unit of Universal at the time if I remember right, and they did the pressing of the vinyl.
I have incredible memories of producing the LP! I met some of the most unbelievably talented artists of the time and without them, and the vision of Leonard Rosenman and his wife to help me with my vision of each song, the album would not have been possible as you see it today! 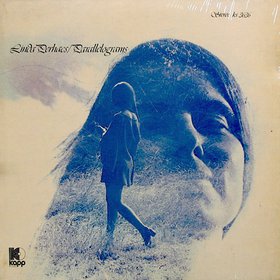 When it was finished I was surprised that the label did absolutely nothing to promote it. They sequenced the songs, not in the order I had chosen, and then pressed it so badly that I could only bear to listen to it once. I then threw my own copy of my own record away. After that I only listened to my private tapes, because they had the depth and sound quality that we had worked so hard to create. The professional vinyl pressing was of such poor quality that I really didn’t think anyone would enjoy it. All the highs and lows were removed for AM radio, and the smooth silky depths and tones were dulled in the pressing. I asked for a new pressing and was ignored. I was never asked to do any publicity of any kind. I heard nothing of reviews, good or bad, nor had any feedback of any kind after the release, except for one distributor who admitted he loved the album himself, but had to prioritize AM pop material and that my album was getting far less attention. It certainly did not get much radio play – the delicacies in it did not come over well in a noisy car. It sounds best in a quieter environment with a good sound system. I remember being told that it was selling the most in places with natural outdoor beauty like Hawaii, Canada, Colorado, the Pacific Northwest and Alaska. As no one suggested making another record, I focused on the other things in my life instead.
The artwork was done extremely well, I thought. Thanks to the photographer. We did the photo shoot in the Topanga Canyon area near my home.
I did not do any touring- in looking back on the changes of the ‘70’s; there was the start of a big shift in music at about the same time “Parallelograms” came out. The record companies were focusing on other styles and artists at that time, and I think that may have had a great deal to do with them not following through as well as they could have.
You had requested a few thoughts on my songs!
Chimacum Rain- We had for a time, lived in Chimacum WA. which lies on the Olympic Peninsula. It has some very special meaning to me and was perhaps one of the most pristine areas I have ever lived in.
“Paper Mountain Man” was about someone I loved very much, but the pain he cause me when he decided on so many other ladies as excruciating. I never felt such pain, but I’m also grateful to him, because that pain was so awful that I knew I was either going to die or climb upward in spiritual strength to survive. And that was the beginning of my strong spiritual climb.
“Dolphin” was the first song I wrote for the album. It was inspired by many diving trips in Baja, California and long, solitary walks on empty beaches.
“Call of the River” This song was also a result of time I had spent on the Olympic Peninsula.
“Hey Who Really Cares?” was used as the theme song for the TV series Matt Lincoln that ran for three years. The studio called me one evening and asked me to do a song for their new show and gave me a short version of the subject over the phone, and asked me to have it ready for them  the next day!
“Moons and Cattails” has drums from all over the world as could only be played by Shelley Mann and Milt Holland (both major percussionists of the time).
“Morning Colors” has two separate flute tracks that surprisingly fit together perfectly.
“Porcelain Baked Over Cast Iron Wedding” was about the disgust I felt about the cost of weddings around me in Beverly Hills; the shallowness of the love and the fact that the concentration was on the display of grandeur rather than the vows that should have been the focus. One girl in my office spent a year planning her wedding, and I never heard her mention the guy! I knew the cost was breaking her whole family, and I just wrote the song because it was disturbing me.
“Delicious” A young ladies dream of perfect love!
And I would like to add “Parallelograms” (which was not on your list!) It was the song ‘Parallelograms’ that inspired Leonard to want to record a whole album with me. It came to me one night while on the Ventura Freeway, at 3 am. I was driving on the empty freeway, half asleep, and the song came to me – bam! – like that. I explained to him how I envisioned the song by drawing it in picture form, on a scroll, saying it needed to be a moving sound sculpture. He stared at me in silence, and slowly, very firmly said: “Linda, do you know I could live a lifetime and only come up with maybe two concepts this unique? And I am a trained composer! This one is a true composition. The others are songs. “Parallelograms” is different from a song because it is a VISUAL MUSIC composition, where all the components are interactive to the composer as a total three-dimensional sound and light and form and color sculpture pre- created, rather than randomly improvised. Both can be great, but visual music sculpting is predetermined, somewhat like sculpting ice, to create a see-through form of light and dance. To me it is a natural way to compose because I have seen these forms since childhood. 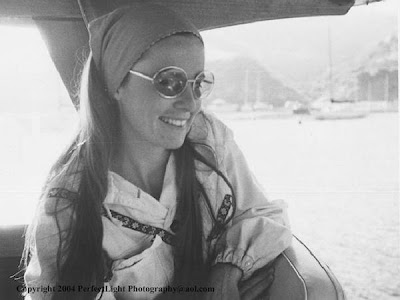 Leonard and I were both experimenting with multi dimensional sounds long before the equipment was created to make that type of music easily. All that we had at the time was a voice modulator. Recently, to my great joy, other young musicians and composers have helped me to use today’s musical techniques to sculpt and compose music even more three-dimensionally, and to multi- layer harmonies and unusual sounds. The song, “Parallelograms” was a very early attempt to sculpt with sound and to paint three dimensional shapes and to move the sound- shapes around in a predetermined way. This title track has become a favorite of Rock Groups and has been written up as a “sonic masterpiece”. The natural universe is not a linear or a flat plain. All things in nature are a moving sculpture of light and energy. The true genius is in the UNIVERSE itself and is available to all people who will avail themselves of this great genius and mastery simply by opening their eyes and hearts and minds.
So, what happened next, you ask? Thinking that our efforts (Leonard and all that were involved in making “Parallelograms”) were merely shelved, I went back to my “day job”. It wasn’t until about 2003 when I was contacted and was told that the album was being heard all over the world through the internet! I have finally done 6 shows locally (Los Angeles area) and am working on some new material, but quite frankly finding it very difficult to find funding to get into a studio!
And that story is saved for the next saga of new music in process. I am very grateful and humbled to realize that what I did so long ago has not only a following of people that enjoyed it when it was first issued, but is also gathering appreciation and interest from the ‘now’ generation. I am often asked to explain the album’s appeal. Perhaps the reason it has had such a following for so long is because it evolved as an attempt to be in balance with the harmony of the natural universe and that is something timeless that belongs to everyone. For me, all music stems from a reverent, deep love for our universe and all its complex, interweaving systems. The beauty of it staggers me, and when I write music, I am immersed in this great love!
So, the “fire” is still there for music. We will just have to wait and see how that evolves!
Thank you, Klemen!
May God Bless!
Linda Perhacs 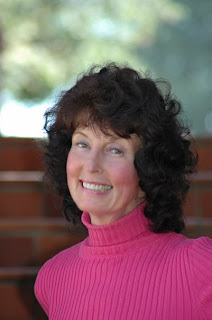