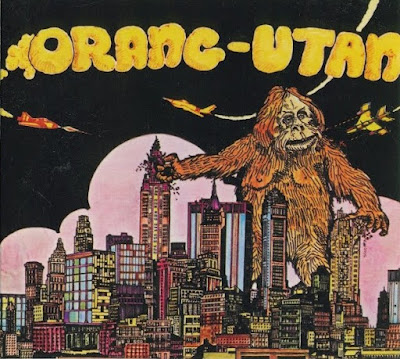 Originally known as ‘Hunter’. Orang-Utan released their debut on Bell Records in 1971.
Who were your major influences?
My earliest influences were the rock ‘n’ roll pioneers: Chuck Berry, Jerry Lee Lewis, The Everly Brothers and many other artists of that period. Then I heard Howlin’ Wolf and realized I liked the blues a lot more than rock ‘n’ roll!
What bands were you a member of prior to the formation of Orang-Utan?
The first album I ever recorded was the Orang Utan album. It was a first for all of us! We had all been in various unknown bands before that of course, but this was our first serious effort.

Can you elaborate the formation of Orang-Utan?
I had heard about a band needing a guitarist from a friend of mine and found the band rehearsing in a pub in North London. I can’t remember how we hooked up, but we got together and it sounded great so we were on our way.
At first you released a single under the name ‘Hunter’? Your debut came out on Bell Records in 1971.
We had a manager that bought us some professional level equipment, amps and such, and we were playing shows around London fairly regularly. Our manager somehow found the producer, Adrian Miller. Next thing we knew, we were in the studio recording the album. We did it all in one afternoon! We were never even told that it had been released in the USA! We found out by accident. I have no knowledge of how many sold, but we never received one penny! We are currently working on an official re-release of the album that will be sanctioned by us, the band! It will contain all the stories and photos of the members, and what we’re all doing today.
What can you tell me about the cover artwork?
The cover art was designed and the name was made up by Miller. We had no real say in it, we were completely left out of the loop.
Did the band do any touring?
We did lots of shows, mainly around London, the center for rock clubs in the south of England. We played on the same bill as bands like Genesis, Mott the Hoople etc. We took it all for granted!
What happened next?
After the band heard about the album being released without our knowledge, we were very disillusioned with the business, and the band broke up. I joined the Roy Young Band, (www.royyoung.com) and never looked back. I ended up playing all over the world with various bands, including the late Long John Baldry, and played on his gold album, Baldry’s Out. The drummer and principal songwriter, Jeffrey Jai Seopardi, went on to a career with many different bands and had a hit record with Boys Don’t Cry. Sid Fairman, the other guitarist, went into the business world and became very successful, as did Paul Roberts, the bass player. Terry ‘Nobby’ Clarke, the singer went onto several other bands, and we played together again in the middle ‘70s with a band called Holy Mackerel. In the later ‘70s I moved to the USA to tour with Hudson-Ford, and ended up staying here! 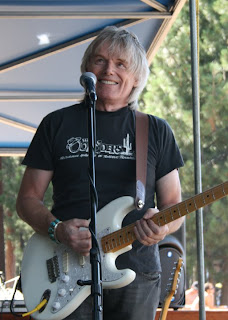 Thank you for taking your time. Last word is yours.
Today I am playing constantly with various bands in the Northern California area, I also have a website, mickclarke.net which has a good history of vintage and current projects. Jeffrey Jai Seopardi and I are currently working on a brand new album, as yet untitled, as well as working on the official re-release of the original Orang Utan album. Thank you Klemen for your interest in the band, and thanks to all the fans that still remember Orang Utan!!!
– Klemen Breznikar
© Copyright http://www.psychedelicbabymag.com/2011
InterviewOrang-UtanRoy Young Band