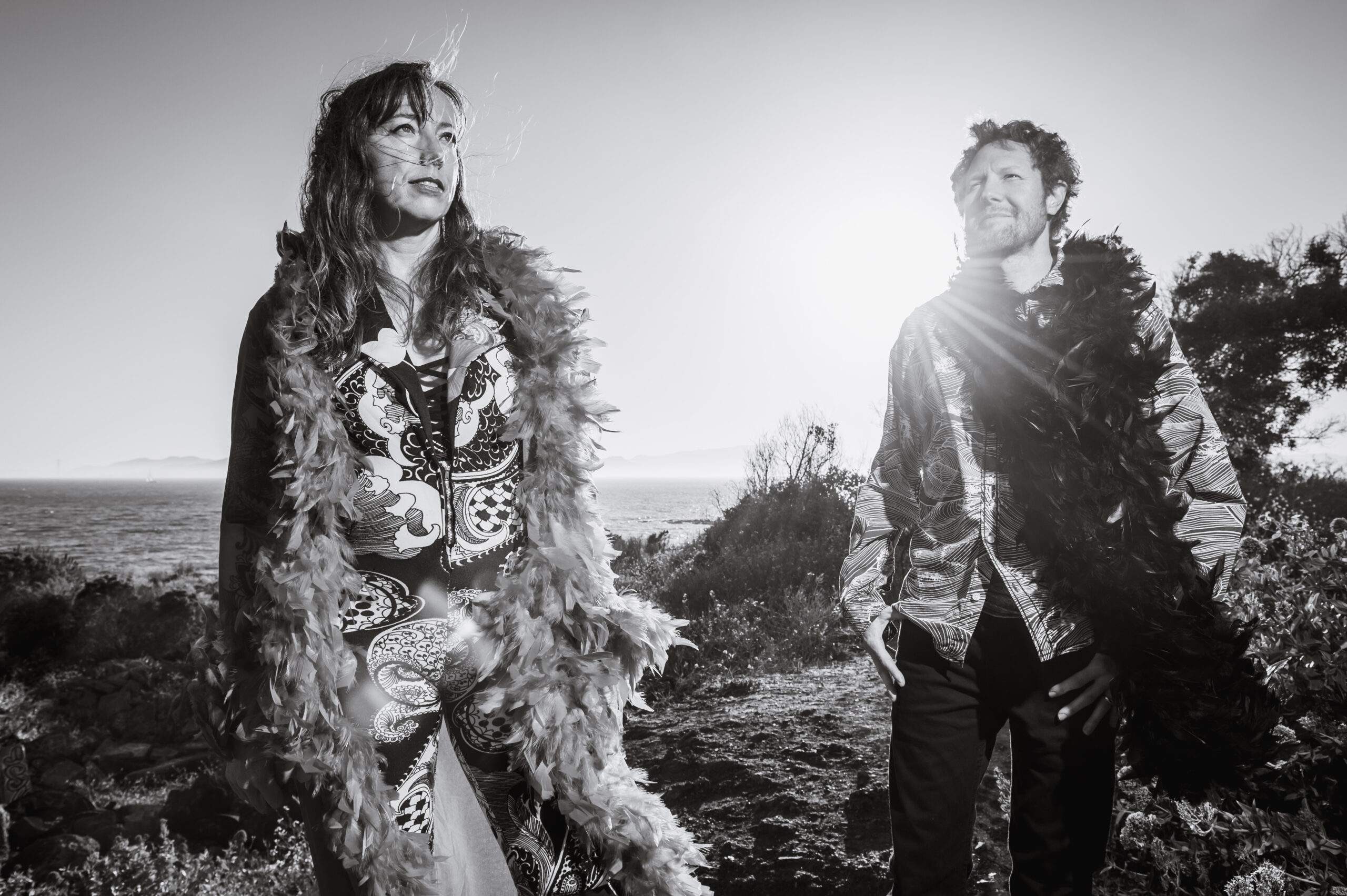 ‘Nautilus’ blends psychedelic rock, island pop, and classic rock. Lead singer Amy Brookes’ voice has a Pat Benatar sound to it with both a sweet yet powerful groundedness. The song itself is funky and chill at the same time. The electric guitar provides a catchy melody while the beat and Amy’s vocals provide the island pop quality. You’ll quickly find you get lost in the song.

‘Nautilus’ is actually a story of our deepest selves. It’s about the wisdom of life, far beyond our human thinking ways and the depth that exists if only we take the time to listen. The main character in ‘Nautilus’ was inspired by a tiny Nautilus carving, a beautiful netsuke that Amy happened upon by luck while in a little shop. “The listener is invited to journey down into the ocean with us, sinking beneath the waves as a scuba diver might, with the surface sounds further and further away, and life slowing down,” shares Amy.

The image of the sea at its lowest level—low tide—and the shore littered with an array of curiosities, presents a powerful metaphor for self-reflection. The idea of a “mental low tide” can be applied to those revelatory but fleeting moments after a hit of pot or a microdose, or upon waking up from a vivid dream. They can even occur in a random jolt of inspiration where a buried desire comes into consciousness.

Low Tide’s trippy and transformative music is a freewheeling adventure into heavy, blues-based riff rock, stanky funk, and sneaky adventures into sprawling psychedelia. Lyrically, the songs can be mystical, playfully irreverent, and enlightening—sometimes in the same song. “A lot of the subjects we write about are things bubbling inside of me—themes of finding one’s power, and rising like a phoenix as an allegory. I’ve been through a lot of trauma in my life, and I am waking up to seeing the things that held me back,” singer, composer, songwriter, drummer, pianist, and former marine biologist Amy Brookes shares.

The newly emerging band of seasoned musicians features Amy as the primary creative force—she writes the songs, sings lead vocals and harmonies, and plays drums, percussion, and keyboard. Her husband, Sasha Ames, is the band’s bassist and, sometimes, studio guitarist, and the trio is rounded out by a guitarist. Formerly, Low Tide has included Chris Amato on guitar, engineering, and production, and Harold Spiva on guitar.