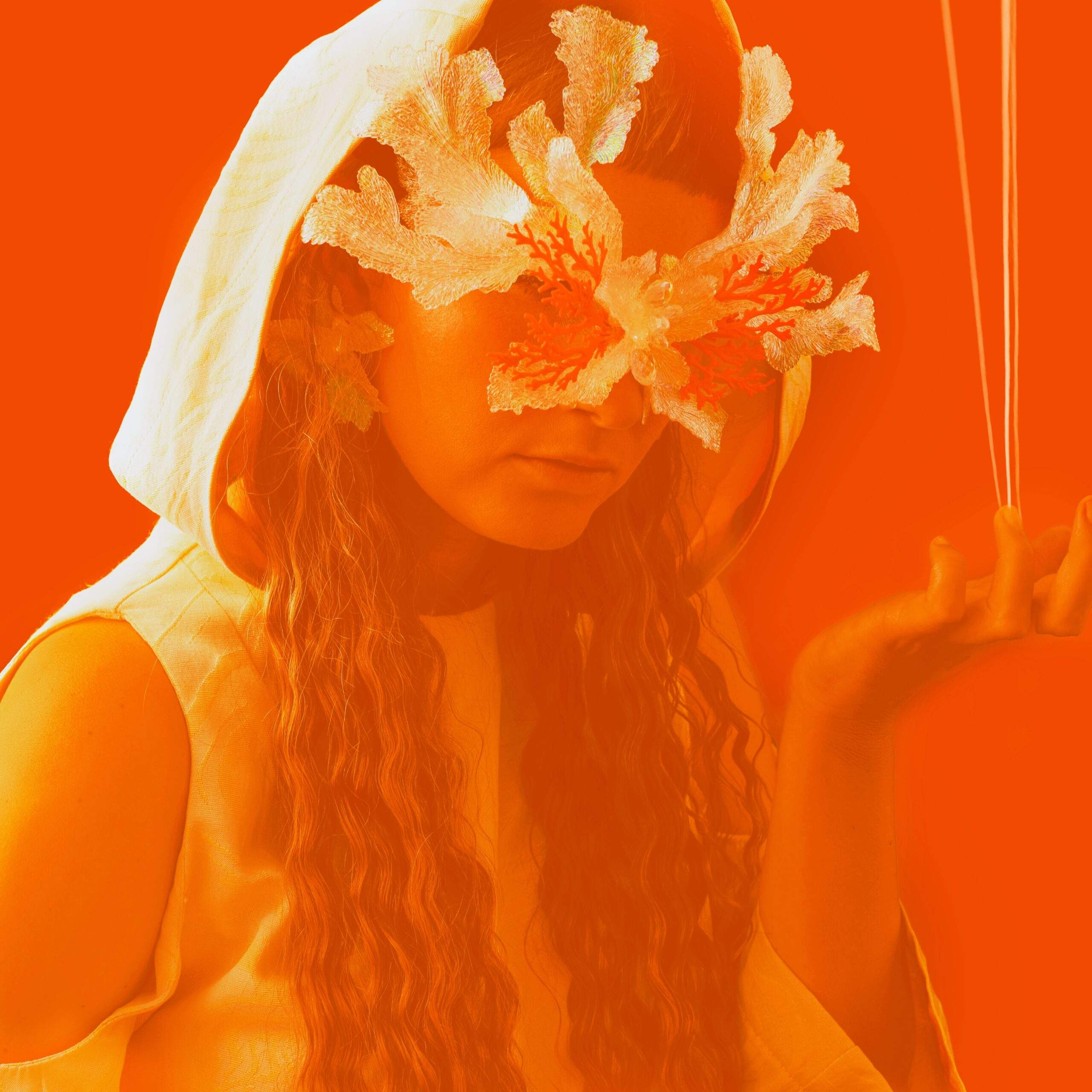 Exclusive video premiere of ‘Firewood’ by Synne Sanden, taken from the upcoming album, ‘Unfold,’ out February 17th via Nordic Records.

‘Firewood’ is the second single and music video from Norwegian art pop artist Synne Sanden’s upcoming album ‘Unfold’. The video is about taking back the body and sexuality after boundaries have been crossed. It is a powerful, feminist and liberating piece of art, directed by Simon Matthew Valentine and Synne Sanden in a very close and fulfilling collaboration. Simon and Synne also directed the music video for Synne’s 2021 single ‘Skeleton,’ which got nominated at Berlin Movie Awards, Venice Shorts and The Norwegian Short Film festival. Firewood is filmed in dark streets and places, where three women are taking back the streets and their freedom, fearlessly. The women and dancers in the video are Synne Sanden, Natanya Helena Kjølås and Kjærsti Øverbø. The video contains magical scenes with Synne singing towards the camera while wearing a mask and necklace made by the German designer Carina Shoshtary. Shoshtary also collaborates with Björk and is the creator of the mask network Fashion For Bank Robbers.

Synne about the music video: “The Firewood music video is a protest against abuse, and against the expectations for women to be reduced, and always sweet, kind and quiet. In this way, we are not taught to respect ourselves and our boundaries, and men are not taught to respect our boundaries either. We are not taught to confront when it’s needed, but this video shows how empowering a confrontation can be. In today’s society it is normal, and sensible to be afraid for abusers when you, as a woman, walk alone in dark streets. This means that women have a stolen freedom. It should be safe to walk in the dark, to the same degree as for men, but it’s not. The video is not an encouragement for women to walk in the dark, it is rather about showing this wish, and then to show how damaged the society is, when to walk and dance in dark streets is a sign of rebellion and liberation. The video is a story about three women that takes back what should be theirs, their bodies and sexuality, through movement and rituals. They confront the abusers and heal when they get to confront, and place the blame on the men that have crossed their precious boundaries. Many women feel powerless after being abused, but in this video you can see how these difficult emotions can be turned into constructive anger, power and liberation through expressing what is normal to suppress, and how uniting with others with a similar story and need, can release and heal you.”

‘Unfold’ is the fifth solo album to be released on February 17th by Nordic Records. The main theme is sexuality. It ́s about the value in the deep, beautiful and healthy intimacy and the consequences after damaging sexual experiences. It’s about setting boundaries, and taking back the ownership of your own body and sexuality. It’s about how your sexual experiences affect your whole personality and way of perceiving yourself, and how nearness can give you vitality, heal and make you feel connected to yourself and a sense of belonging to others. Synne has a very personal, emotional, unique and visual expression that seems magical, while being very near. On her album and live you can hear beats, accordion, moon drums, drums and synthesizers, while Synne ́s voice and conveying always is the main ingredient and essence of the songs and production. When she plays live she often wears masks, creates a very special atmosphere and gives it all from her deepest core.