Jeffrey Wengrofsky | Interview | Here to Eternity with The Godz 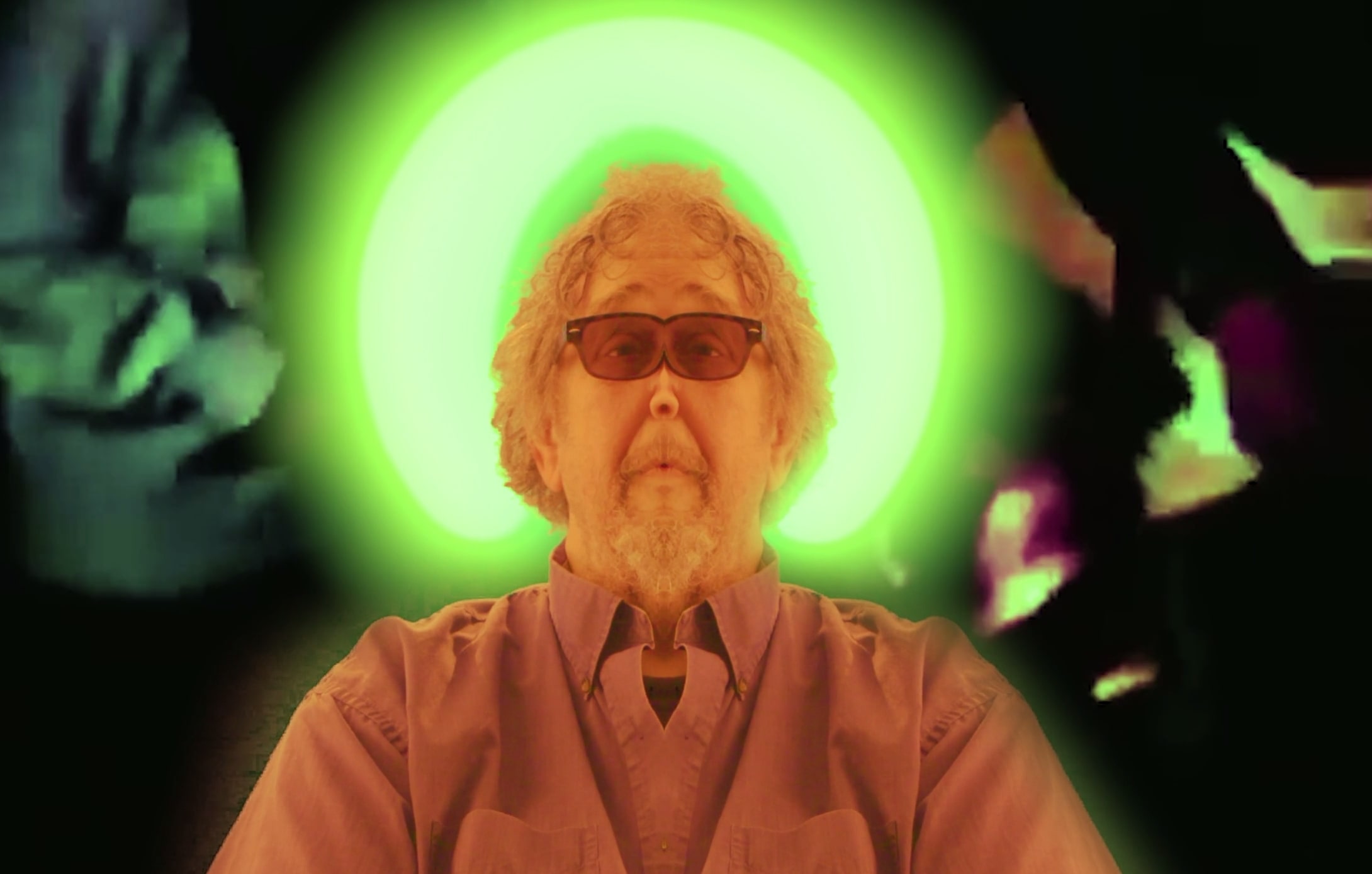 Jeffrey Wengrofsky | Interview | Here to Eternity with The Godz

Jeffrey Wengrofsky directed, wrote and produced ‘Here to Eternity with The Godz,’ a short psychoactive film about the legendary 1960s psychedelic band from New York City.

‘Here to Eternity with the Godz’ features Larry Kessler (1941- 2022) of The Godz, a pioneering psychedelic rock band once part of Bernard Stollman’s ESP-Disk record label. Albums by The Godz – ‘Contact High With The Godz’ (1966), ‘Godz 2’ (1967), and ‘Third Testament of The Godz’ (1968) – took psychedelia deep into freak-outs. The Godz also worked for the ESP-Disk, helping produce Sun Ra, The Fugs, Albert Ayler, et cetera. Fifty years later, Larry Kessler returns to the New York City neighborhood where The Godz made their music.

The soundtrack to Here to Eternity with The Godz includes an excerpt from ‘Permanent Green Light’ by The Godz (from ‘Godz 2’), and features an original musical score of psychedelic noise by Kid Congo Powers (The Cramps, Nick Cave & the Bad Seeds), Blake Fleming (The Mars Volta), and Dino Sorbello (Laughing Sky). 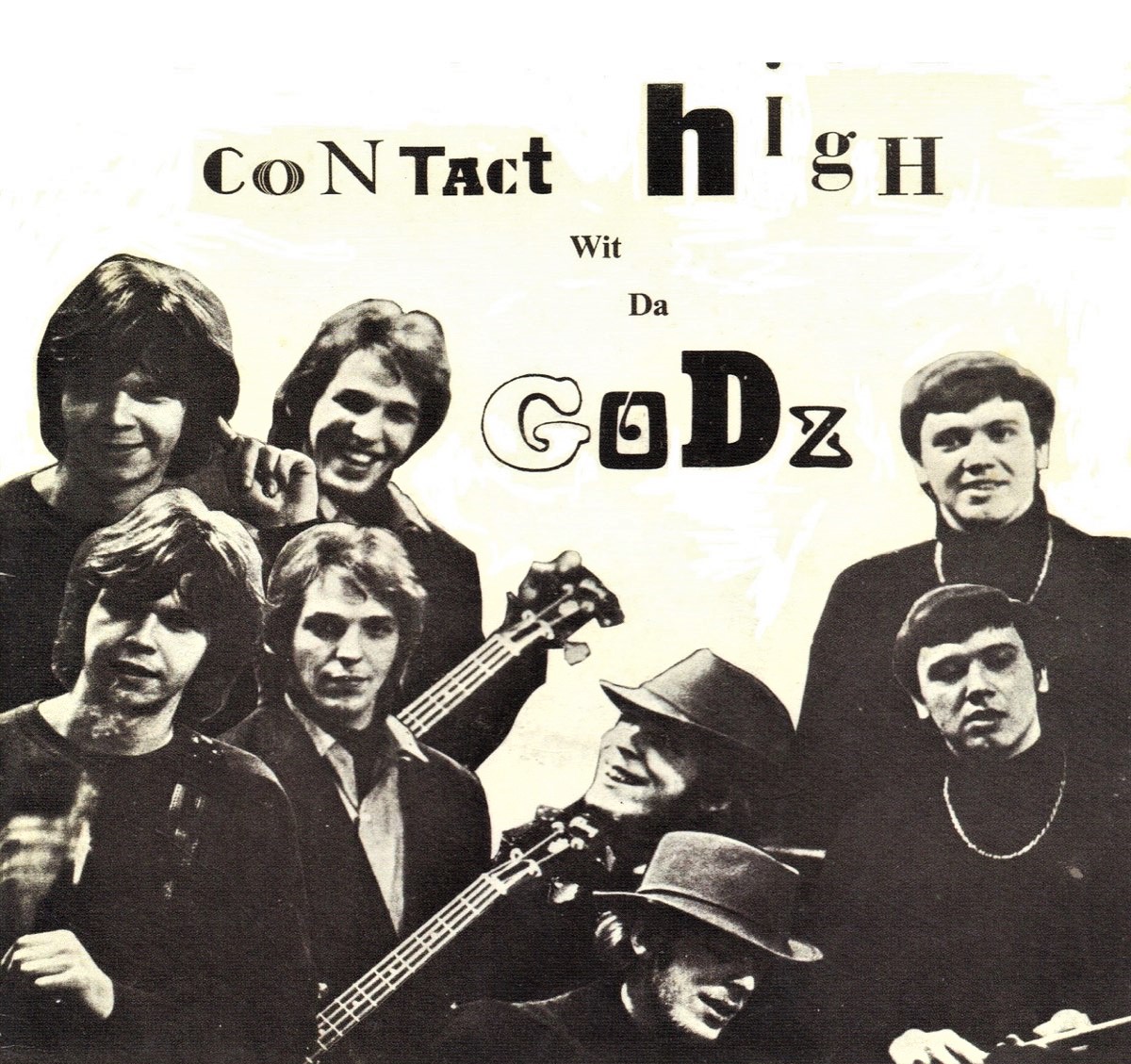 “I wanted to make a film as psychedelic as the band”

How did you first get in touch with The Godz and what in particular did you find the most interesting?

Jeffrey Wengrofsky: As someone whose family has lived in New York City’s Lower East Side for over 100 years, I have long found its past to be fertile soil. I started writing about the neighborhood decades ago: first, as a grad student under the sway of Marxists, in terms of labor history, then, as an independent writer and filmmaker, in regard to its vast artistic and ethnic subcultures. The Godz, for all their strangeness, druginess, and noisiness, are well in alignment with the various subcultural movements endemic to the neighborhood: The Beats, The Yippies, No Wave, Punk Rock, Hardcore, Anti-folk. In other words, The Godz were weird in ways that were inviting for someone coming from that headspace. Like you, I wanted to know how they came to make the truly bizarre sounds they made.

How did it happen? Well, one night in 2015, while minding my own business, I saw that The Gods were playing Otto’s Shrunken Head, a local nightclub. Knowing that the band had made its mark from 1965 to 1969 or so, an opportunity to see them at a hangout was a rare treat. After the show, I approached Larry Kessler and Paul Thornton, original members, and we fell in as instant pals. I told them that I wanted to make a film about the band, but I wasn’t sure when it would happen. They told me that they believed that it would happen, and it eventually did.

I’d been a pothead for ages. When preparing to make art about one of the very first psychedelic bands, such indulgences became “research.” I resolved to make a film that would be psychoactive – capable of reigniting whatever embers of the psychedelic may be buried in the viewer’s psyche. In short, I wanted to make a film as psychedelic as the band. Reflecting something about my subjects is part of my filmmaking modus operandi.

How involved were members of the band?

Paul and Larry were involved in research and planning for the film, but Paul’s mental and physical health – along with those of his wife – kept him from appearing in the film with Larry. On the day when Paul was going to be shot for the film, he canceled in a blaze of bitter confusion, mentioning his wife’s declining health. So, although Paul played with The Godz at a residency I had at the Howl! Art Gallery associated with the film back in 2016, only Larry made it into the actual picture.

Did you find out some new information that wasn’t yet out in public through your collaboration with members of the band?

Well, I got to know half of the band as people over a few years, which gave me insight as to the personalities at play in making the music. As with most of the people I make films about, The Godz were not well covered by even the alternative media. Mine is the only documentary about the band. In the film, Larry explains the people, ideas, and chemicals which shaped their sound. One significant figure that people need to consider when thinking about them is Bernard Stollman, the prime mover of ESP-Disk, the label that produced the music.

It’s fantastic to find out the philosophy behind Larry Kesser, as it gives a further insight into music The Godz made. What are some of your favourite moments with him?

Since Larry and I were friends for several years, my favourite times with him were off-camera. He had a generally good sense of humor, but, then in his 70s and 80s, his drug-taking times were in his past.

“I wanted sounds that reflected the band’s basic aesthetic”

As with the rest of the film, I wanted sounds that reflected the band’s basic aesthetic without being derivative of the actual band. So, I reached out to two pals whose work was rooted in psychedelic noise: Kid Congo Powers (previously of The Cramps, Nick Cave and the Bad Seeds, and The Gun Club) and Blake Fleming (previously of Laddio Bollocko, The Mars Volta, and Dazzling Killmen). Both were familiar with The Godz’s music and both were completely stoked to work on the film, especially when I told them about its psychoactive dimension. I gave them the film, first to Blake and then to Kid, marked off by time code, and explained what I wanted. To finish it off, I gave it to Dino Sorbello (formerly of The Laughing Sky), a psychedelic thereminist, with similarly precise instructions.

So true! The past 50 years of chaotic culture have softened the ears of some people to things their forebears would not be able to appreciate. Also, for all of the evil that is (!) the internet, it does allow us to find what would otherwise be obscure.

Lester Bangs explained why The Godz were special, but what would you say, if we ask the same question?

It’s hard to compete with Lester Bangs, although in some measure, I’ve been trying to do so for a long while. Besides, in this case, I think he was right: the eagerness to venture off into the wilderness without leaving a trail of breadcrumbs to take them back to civilization brought their music to distinctly strange places.

Tell us about the screening… where all did it take you?

I’ve been fortunate that Here to Eternity with The Godz has played Sydney, Melbourne, and Chicago Underground Film Festivals, Hollyweed Film Festival (L.A.), The Psychedelic Film Festival (N.Y.C), Secrets of Outer Space (N.Y., L.A), the Berkeley Film Festival, and, most recently, The Amazing Stoner Film Festival (Bangkok). Making the film also brought me to Baltimore, which I came to know as a dump. What a long trip it’s been !

I’m hoping to show the film – along with others – in London, Berlin, and Tel Aviv over the next few years. 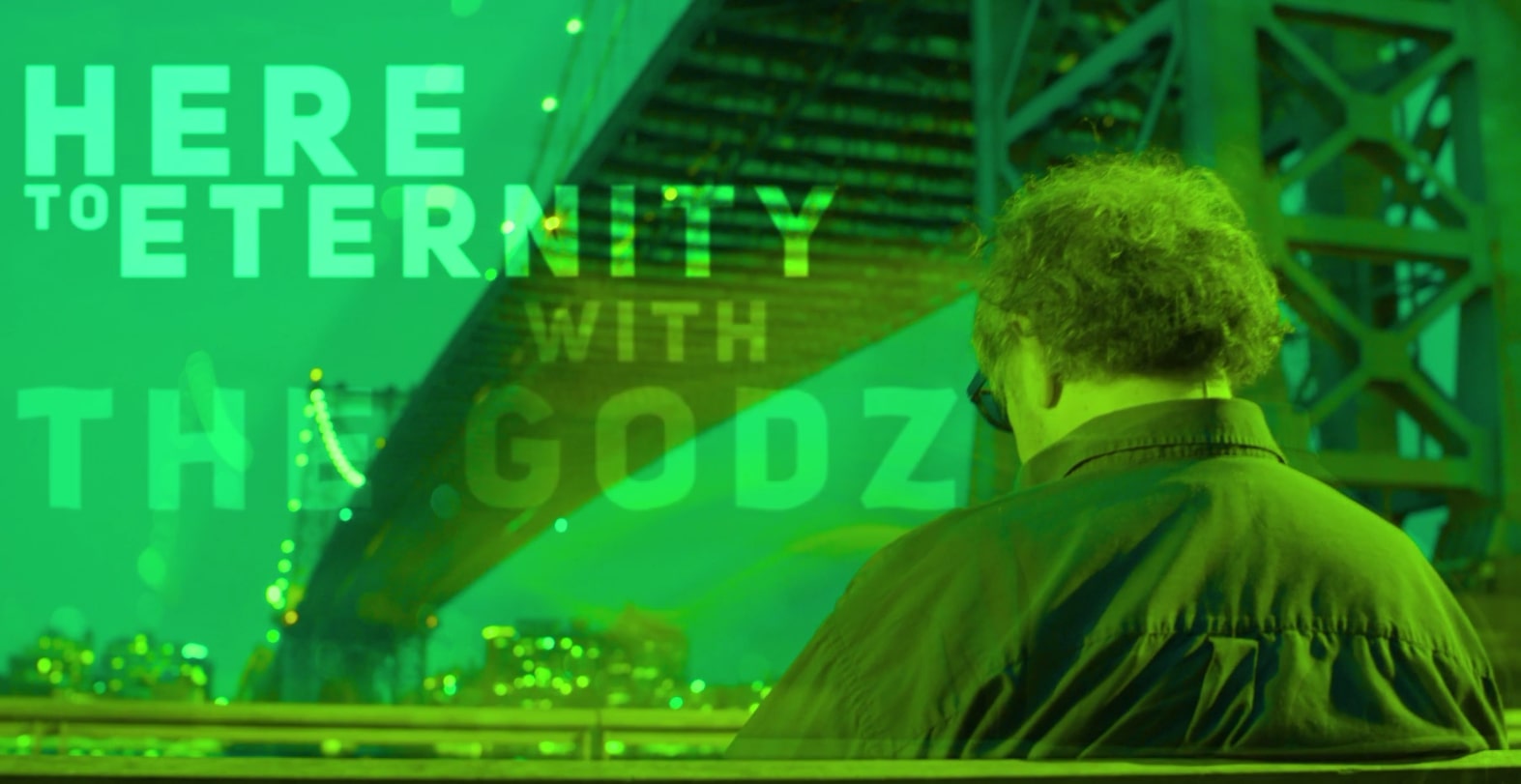 Are you planning to work on any other documentary?

I just finished making The Devil and Mr. Berger, featuring Fred H. Berger, founder/editor/photographer of Propaganda Magazine, America’s preeminent Gothic culture publication from 1982-2002. Mr. Berger recounts three episodes in which people associated with the magazine had demonic encounters and tells us what he did about it. The film sports a Black Metal aesthetic shot in New York City, with a musical score by Casket of Dreams, a Dungeon Synth band from Los Angeles. This film is now under consideration at many festivals. People potentially interested in seeing the film should consult its page on my website to find screenings in their area. Folks associated with festivals or other institutions that show movies, should contact me directly via the website: www.humansyndicate.com

The Godz interview with Larry Kessler