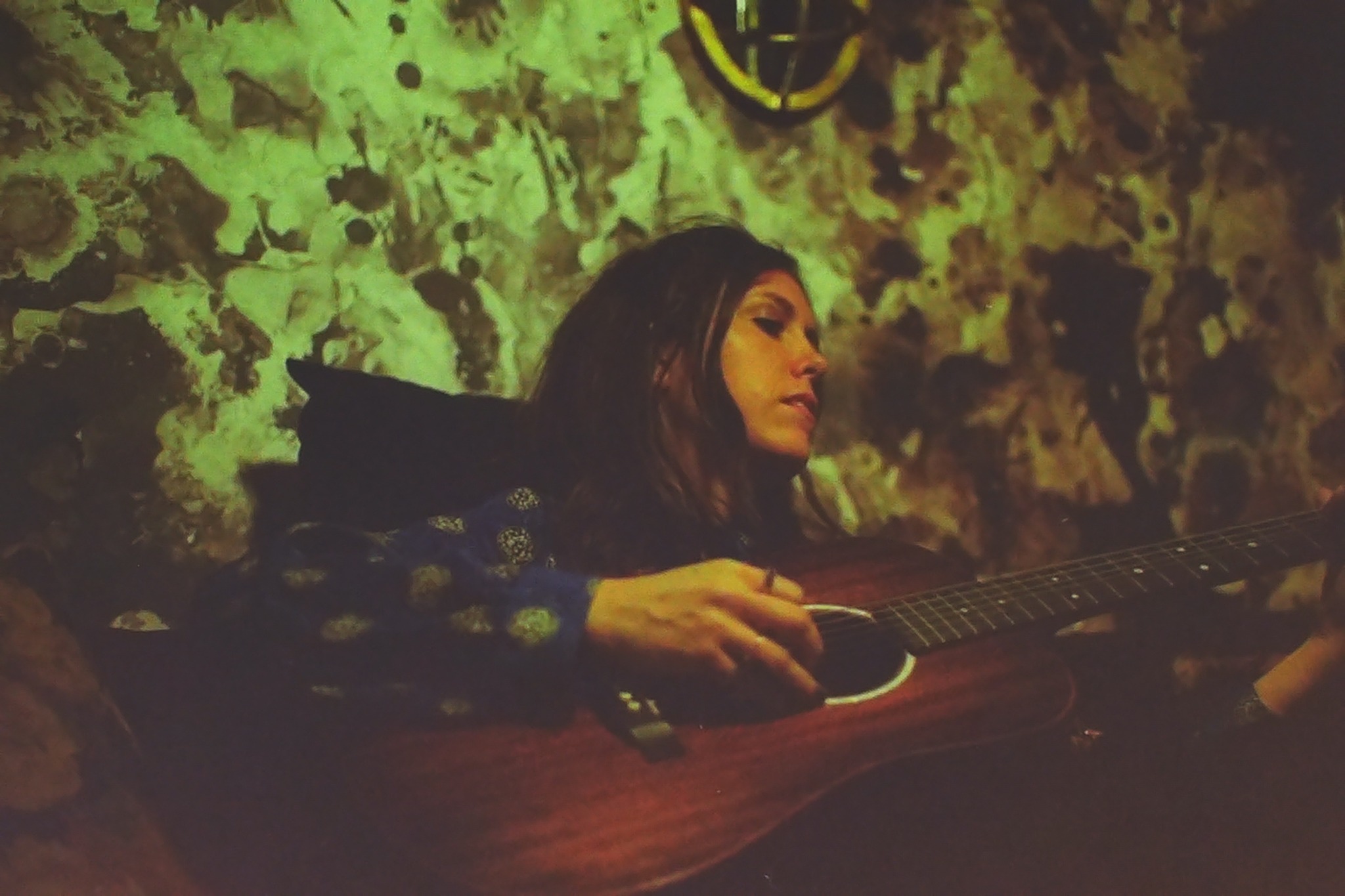 Exclusive video premiere of ‘I Care’ by Jessica Breanne, taken from the latest album, ‘Rosebud Queen’, out November 4th, 2022 via Perpetual Doom.

I don’t care what kind of music you like. You will like Jessica Breanne. Love, probably. I’ve been keeping an eye on the Perpetual Doom record label for a sec, and ‘Rosebud Queen,’ Ms. Breanne’s solo debut, caught my ears instantly. Her voice could bend iron or ripple flower petals, depending on the occasion. ‘Rosebud Queen’ is a badass beautiful album, and we are premiering the new video for its latest single, ‘I Care.’

Your voice is so arresting and powerful on these songs. You can take a single syllable of a lyric seemingly anywhere, teasing it out to impressively varied effect. What is your voice to you? An instrument? A tool? An outlet of your soul? Something else?

Jessica Breanne: It’s definitely an instrument and an outlet of my soul. I’ve worked on my voice since I was a little thing. Since before I could make words I sang to trees, spirits…really anything to try and communicate my heart and spirit to…I’m still doing the same exact thing after all these years. Sometimes words just get in the way and I feel like my voice is the best representation of my very old soul. 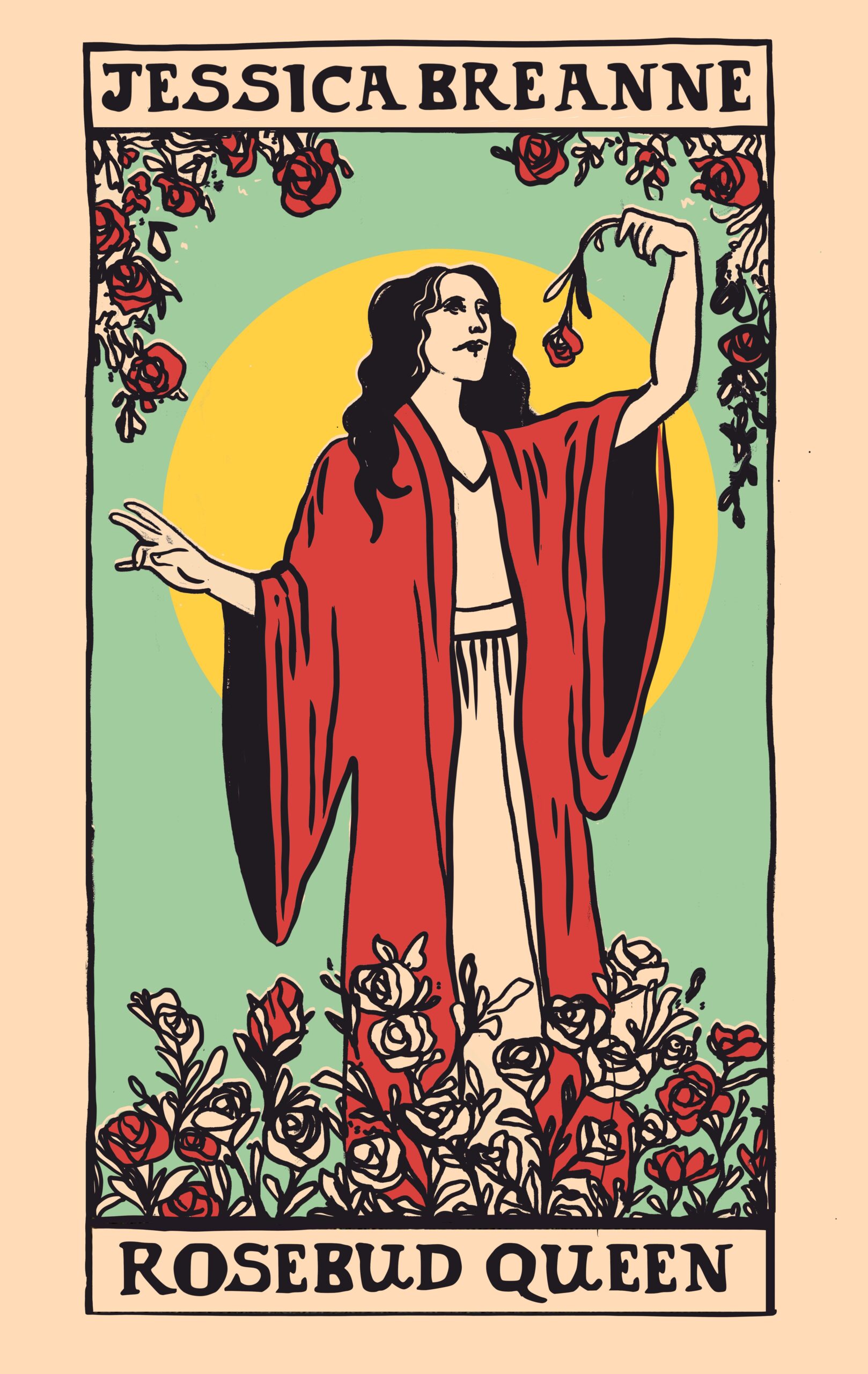 How do these vocal melodies come to you? When and how do you decide to take a simple word like “eye” and stretch it into the sonant stratosphere? How does something like that delightfully cathartic “doo-doo-doo-doey” in ‘Bad Shape’ come to be? And is it hard not to let loose in every line?

It’s a bit like there’s an AM radio station turned on while I’m awake (and sometimes while I’m asleep). There’s constant melodies playing, intersecting and forming. On a really good day I can take one of them and shape and craft them into a song. It’s my favorite thing to do. It’s also something I’m very hard on myself about because most of the time I can’t craft something fast enough to match the song played in my head…to match the melody and the landscape. And then it’s just gone forever and something new replaces it and I’m still mourning the song that got away. Constant struggle.

I guess I stretch out words in my singing because I do that in my speaking voice as well.

I grew up in East Texas right on the border of Louisiana. People speak with their own language there. The dialect, phrasing and characteristics of the way we speak is like singing. Passionate with our delivery.

The doo-doo-doo part in ‘Bad Shape’ came to be because it’s a part of the landscape of the song for me. The containedness at the end is a part of the emotional landscape of the song. You know when someone has burned too many bridges and taken advantage of you for too long? You begin to manifest bottled up anger towards them that can be quite dangerous. I’m trying to contain the evil thoughts I have about the subject of the song. When I sing the doo-doo-doo part I always have a sneer on my face. This song actually started as a short story about two women killing a very abusive man and dumping his body in the swamp. While I was writing that story the melody for “Bad Shape” popped into my head and I began to craft it from there. The music video for ‘Bad Shape’ will be released soon and it takes on a different landscape that my friend Kevin Doyle imagined. It’s such a gift to watch different forms of ideas turn into different worlds of their own. Can’t wait to share that video…it’s so wicked! 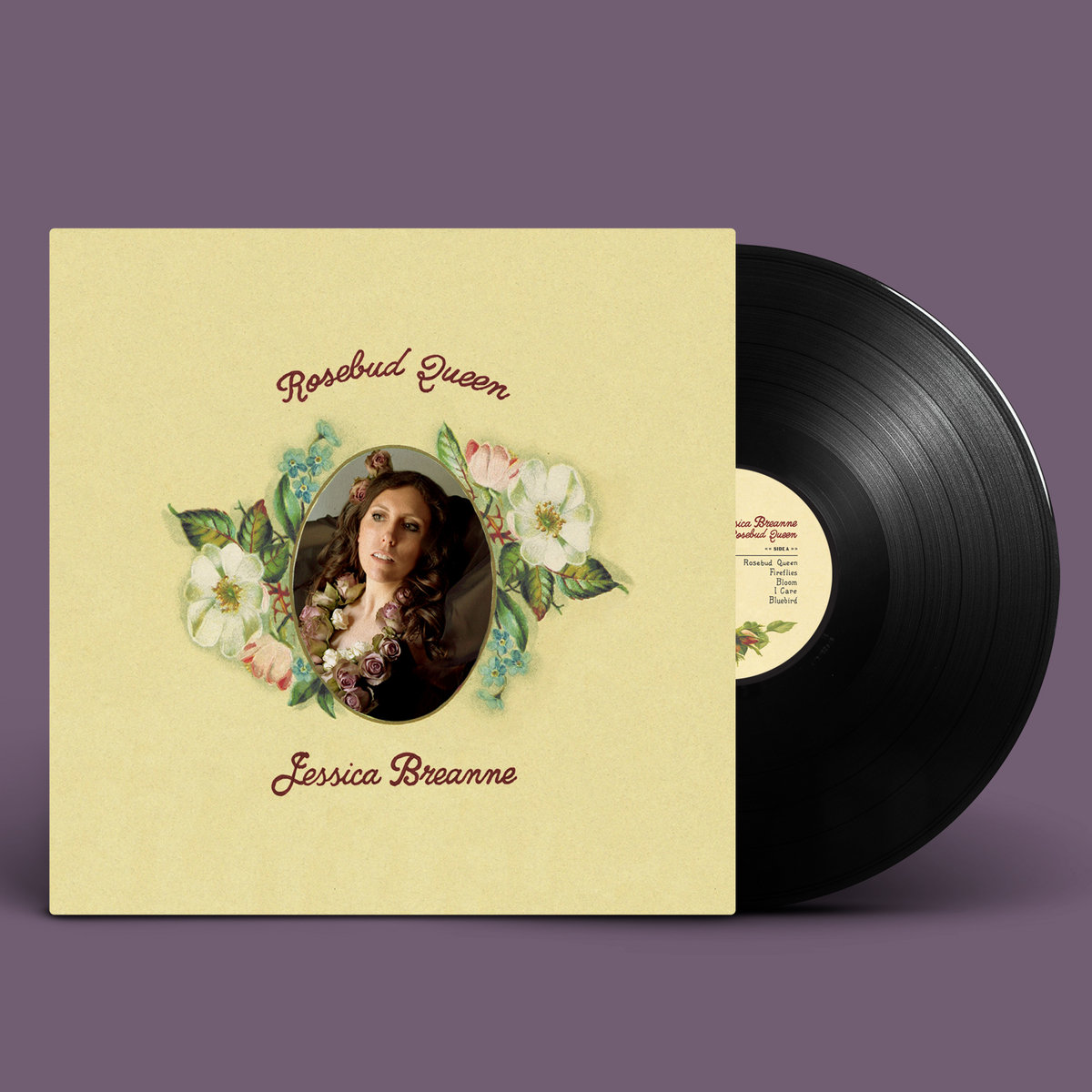 Your lyrics read like poems, vacillating between archetypal, universal concerns and the specific dailiness of life. In ‘Fireflies’ you sing about catching “junebugs in [your] kitchen in late December” but the song’s chorus hinges on the Shakespearean “You prick me, I will bleed.” ‘The Letter’ opens with a newspaper and coffee stains, but finds its way to “the magic of the cherry blossom tree” and “the symphony of bees.” What is your approach to writing lyrics? How do you juggle the personal and the universal?

To be honest it’s different for every song. Sometimes the melody and the landscape comes first and I shape the emotion and lyrics to fit together. When that happens I have huge pieces of paper tacked on the walls of my apartment and I write a line here and there and try and shape the lyrics for months. The lines are right there in my face and on the wall. I can walk away from it, move around it and shape it like that. When something is written on my wall with a sharpie and staring boldly back at me it helps me understand what’s working and not working. That’s how ‘Fireflies’ was written.

Other times songs in their fullest form come to me and when I’m at my clearest I can transcribe them. It really does feel like someone or something gives me certain songs in their purest form and it’s my responsibility at the moment to catch them! I like to think of it as a Muse speaking through me.

‘The Letter’ was a little different from a song’s form for me. ‘The Letter’ is just that…a letter. It was deep into the pandemic and I was so worried about my family and close friends. I love to write letters and am constantly sending notes through the mail to those that I love to brighten their day. Everyone was hurting and the pain felt so huge. I had to use my voice to express the emotion of the letters I was sending. Trying to touch on the uncertainty while also reminding myself and others to go outside and marvel at nature’s beauty.

The personal and the universal are all in one to me. I try to craft songs that are a bit more universal just so it can try to speak to as many people as it can.

‘Rosebud Queen’ boasts a truly boss band. The arrangements holler back to traditional “country” modes while folding in plenty of idiosyncratic flourishes. Many songs venture into jammy territory, with some damn fine guitar soloing. What was your philosophy in approaching instrumentation? Also, does the music sound the way it does because of your voice? (That’s sort of a chicken/egg kind of a question.)

That would be the work of the great Sean Thompson on guitar. I’m such a fan of Sean because his approach to his instrument is far out and he doesn’t put himself in a box!! I asked Sean and engineer/producer Jake Davis if they would help me create different landscapes for this group of songs and they both went above and beyond! We recorded like 17 songs that I was trying to whittle down and figure out what the whole record sounded like. I originally had a different idea and sound at the beginning of this record and it just naturally morphed into the thread of ‘Rosebud Queen.’

Based on the videos for ‘Alabama’ and ‘Fireflies,’ you’re an excellent dancer. And like your vocals, your movements vary from restrained formalism to far-flung spontaneity. The shoot for ‘Fireflies’ looks especially fun, and maybe super complicated to coordinate. How did that video come together?

Thank you! Sometimes after I write and record a song I’m still not done trying to convey the message or the impact and I can’t move on from it until I move my body with it. ‘Fireflies’ is a more put together version of myself in my apartment trying to keep my sanity through writing and through my manic depression. The idea came to me deep into the pandemic.

I formulated the dance and formulated where my friend (the great Zack Hall) would stand and move around to shoot it so we could get one continuous shot. I called him up and said, “Hey, I have this idea for one continuous shot but you may have to learn to dance with me.” He was up for it and for one afternoon we tried to get one take without stepping on each other. He was such a good sport about it. I ran into him many times…accidentally kicked the camera a few times, we’d laugh about it and then start over and try to get it again. We probably did that 15 times to try and get a clean take.

The video for ‘Rosebud Queen’ also started with choreography first. I came up with a dance for a pilgrimage/ritual of women and called my friend (the great Brooke Bernard) up and said “I have this idea” and she took that idea and turned it into something so beautiful. It all started from me sending her a video of me in my apartment in a manic state with the choreography formed. If I’d sent that video to just about anyone else they would probably say, “Wow, she really is crazy …” but Brooke saw the potential and turned it into a very symbolic and gorgeous work of art.

Will you be touring behind ‘Rosebud Queen?’ What are the chances of a fella catching these songs live?

I’ve got some shows up north soon I’m very excited about. I wish I could travel and tour more but to be honest…it’s so expensive and I lose money to tour. If I was financially more stable I would tour all of the time, but for now, I should spend what little money I have on recording more songs. I’m hopeful that will change one day and I can tour more! 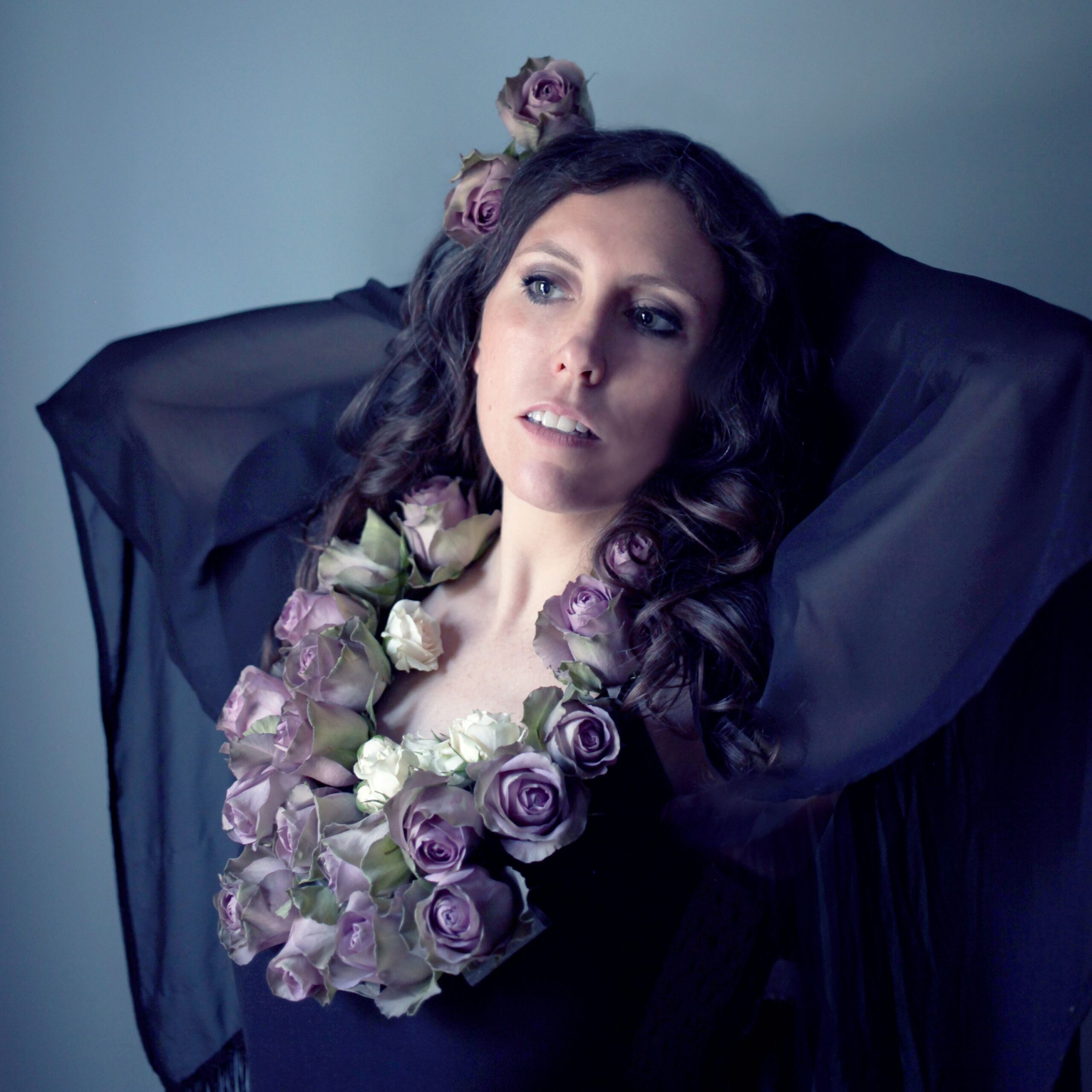