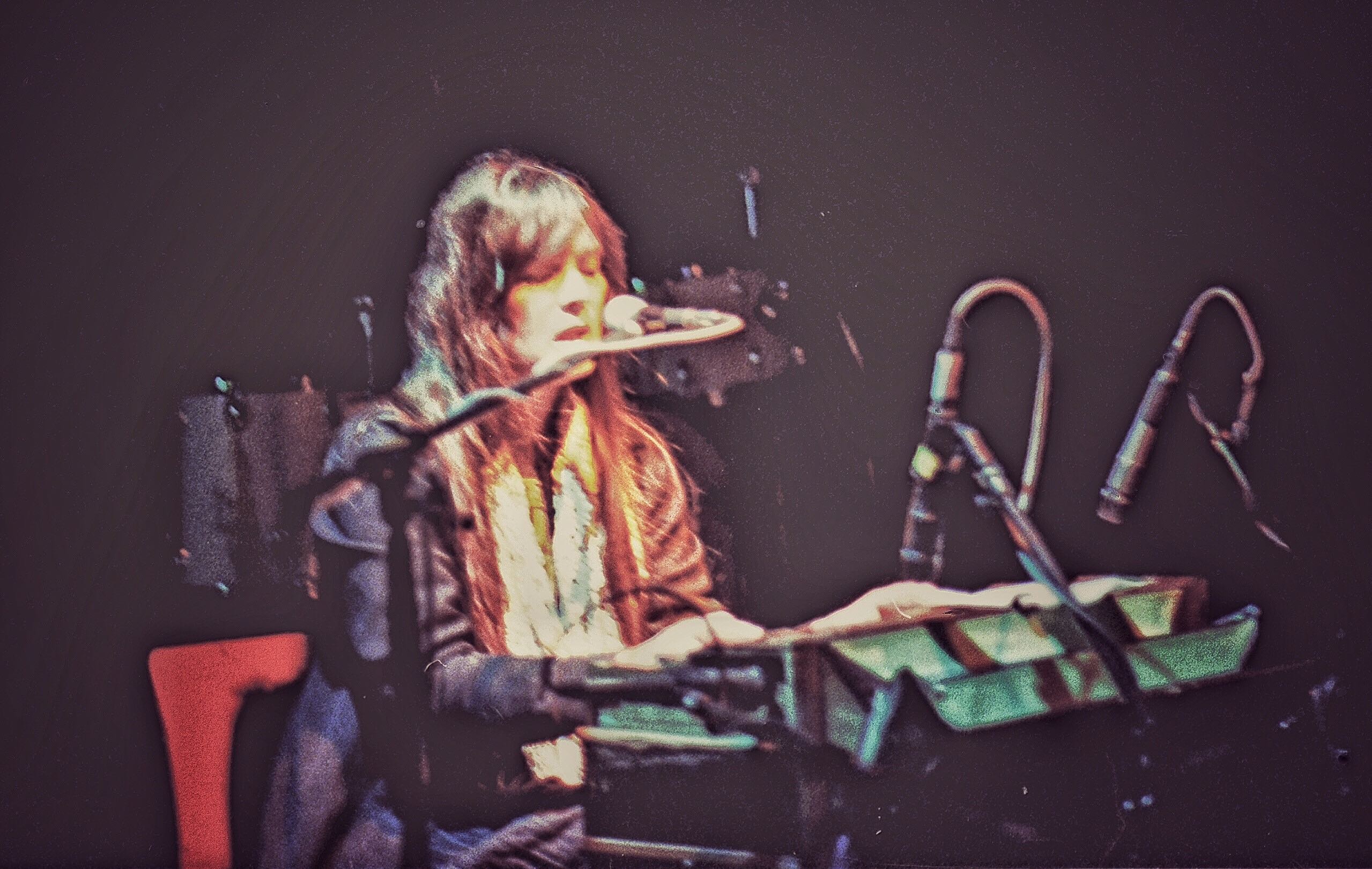 Alternative music legend Chris Connelly will release his new album ‘Eulogy to Christa: A Tribute to the Music & Mystique of Nico,’ a colossal 24-track offering released by Shipwrecked Industries in the USA and Easy Action in the UK, paying tribute to Nico – iconic muse of The Velvet Underground and one of the most unique, tragic and misunderstood female artists in the history of music.

‘Eulogy to Christa’ is a labour of love, empathy, sadness, acting and channeling, along with Chris’s adoration of the dark corner of rock inhabited by the Velvets and their peers. Now based in Chicago, this album from the Scottish counter-culture icon sees Connelly purposefully adopt the personas of Nico, Lou Reed and John Cale – even Andy Warhol makes a cameo!

Chris Connelly has been creating for circa 40 years. Since his days with Fini Tribe in Edinburgh, Chris Connelly has over 20 solo releases. He frequently collaborates with other musicians, including notable projects like Ministry, The Revolting Cocks and Pigface, while contributing to newer ones such as Cocksure and The Joy Thieves. He has also published four books (poetry, autobiographical and fictional narrative).

Initially planned as an album of 10 Nico covers, Connelly ultimately decided to write some additional compositions, spanning her life. The Nico material spans from her first Jimmy Page-composed single and her time with The Velvet Underground to her intense and unique solo recordings up until her death. In song, Connelly follows her from Berlin to New York via Paris, Ibiza, and Rome, then back through Paris, London, Edinburgh, Manchester and up to her tragic and needless death in Ibiza.

As of November 11, this ‘Eulogy to Christa’ album will be available via Bandcamp, as well as Apple Music and Amazon, coinciding with Connelly’s birthday. The CD version will be released on December 4.

“Everything with Nico has a dark energy”

It’s really fantastic to have you. What led you to record your new album, ‘Eulogy to Christa?’

Chris Connelly: I had recorded a song of hers ‘You Forgot to Answer’ on an album called ‘Graveyard Sex’ in 2019. I have been fascinated with her and her work my whole life, and I just kept going and recorded more and more of her work.

How did you first get in touch with the music by Velvet Underground and what in particular did you find special about their music?

I came to the Velvet Underground through punk really. I suppose the first time I heard of them was in the song ‘‎No More (Bedroom Fits)’ by Eater from ’77 or ’78, they are mentioned in the song, but the name was always there…Then in ’78 when I started to really get into Throbbing Gristle, they were referenced a lot. It’s hard to say what I find special: they are so unique and the same band that recorded ‘Sister Ray’ also recorded moments of such gentle beauty … the instrumentation was non-traditional, the structures and subject matter … I still think they are so radical today, they are peerless, and what they did at the time was so unprecedented, no one except perhaps Throbbing Gristle has come close in terms of sound and aesthetic, but so many have borrowed.

Nico released several incredible albums that usually get discovered after listening to Velvet Underground. One of the most chilling performances is her version of ‘The End.’ I think it’s the essence of what she could do.

I agree-she only did three songs with The Velvets! After that she really came into her own musically with so much help from John Cale, of course.

It’s really fantastic that you decided to write a parallel album and not just cover the songs. How did you approach it?

After I finished the 10 songs of Nico’s, I was drawn back into her story. I have read all the books, and the Bickerdicke book had just come out, so I started writing again. At first it was a feeling, I wrote the song ‘Reims 12/74’ which is based on a concert she played at Reims cathedral in Paris in 1974: there is an album of it, and for me it cuts straight into what I call “heart of darkness rock,” 1974 was kind of year zero for decadent musicians like Lou, Bowie & Iggy to shrink to skeletons and come so close to the edge with drugs, and Nico as well, so that concert, you can feel the dark energy, the same energy you feel on ‘David Live’ by Bowie, or the amazing ‘When Your Heart is Made out of Ice’ by Lou Reed. I wanted to inhabit that space and that energy and turn it into music-that’s where I started and it was dark, everything with Nico has a dark energy, not a bad energy.

Would you share your insight on the albums’ tracks? What runs through your mind when listening to it again?

The unifying energies of the album are all pretty negative, she had a crappy life, and I hate that, it makes me sad still to this day, because I think it was going to change, she should be up there with the Marianne Faithfuls of the world, exploring and playing still.

I had to be pretty merciless when I wrote and sang, and it was a very deliberate and not easy decision to sing in the characters of Cale, Reed, Nico and Warhol, it made it a lot easier. I think that Lou Reed has been painted as someone who did not have empathy for her, and, in the song ‘A Slow Jones in New York,’ he is an absolute bastard to her, but elsewhere he is not without empathy, he is complicated and I truly adore him-that was hard to do.

The other thing is her addiction to heroin, her completely existential & ascetic life in Paris with Philippe Garrel (lover & filmmaker). Her life was just shackled by a crippling addiction which to me clearly stemmed from horrific trauma.

“The best songs are hard to remember”

And how do you usually approach songwriting?

These days I find it a lot more rewarding to write about a subject, if I have a figure I am painting, rather than searching my mind for something, then the parts of my mind that are melody & poetry come to life. That said, it is hard to talk about, the best songs are hard to remember, the composition seems to come hard and fast and all of a sudden it is there, and I have no idea how it got there! Writing the Nico story was great because it is a story, it is there, and I was able to take circumstances from her whole life, starting with the rubble of Berlin after the war, right up to her falling off her bike in Ibiza decades later. 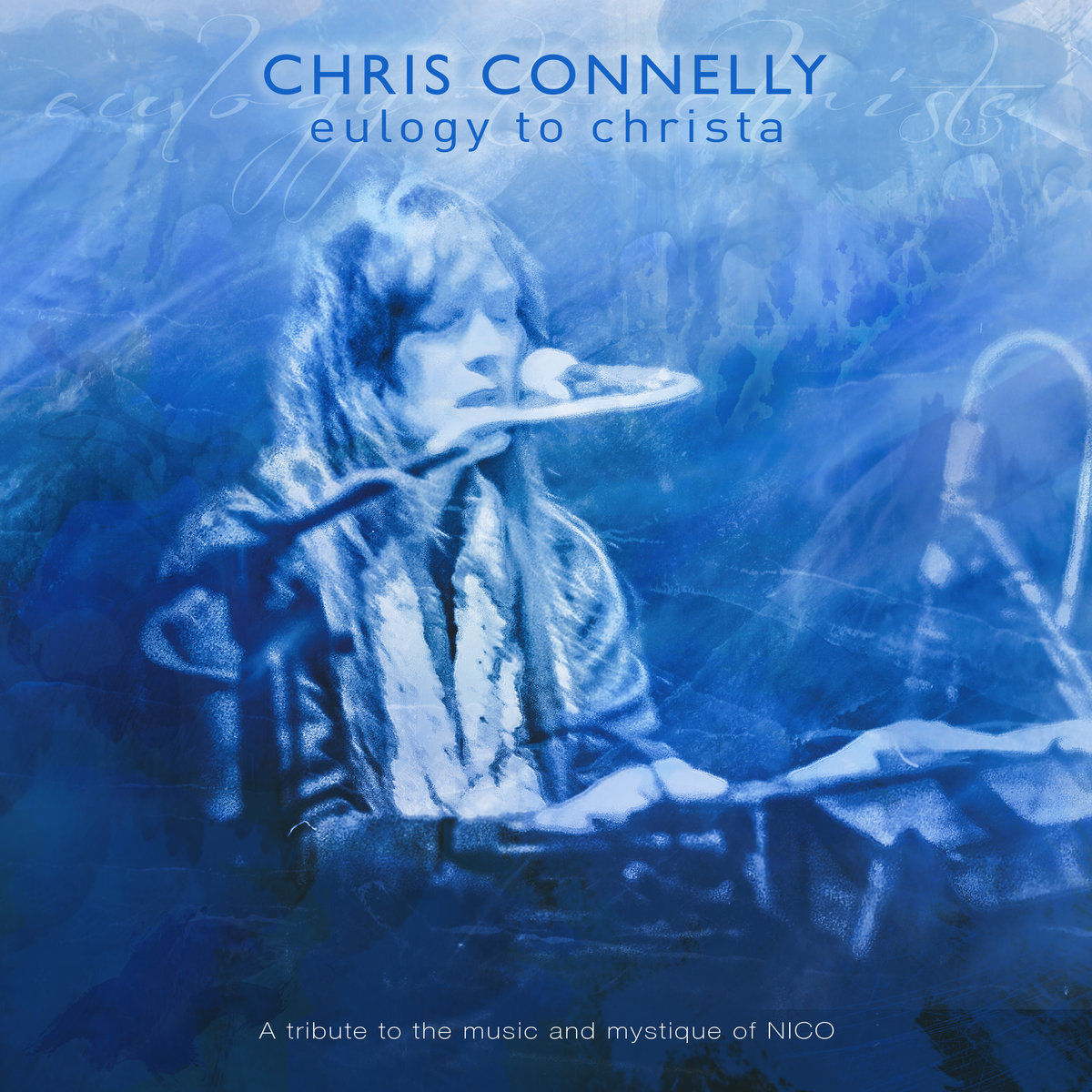 Were you also in contact with Jennifer Otter Bickerdicke, who wrote ‘You Are Beautiful and Your Are Alone?’

Absolutely, as soon as I finished the book I wrote a drooling fan letter, Jennifer is fucking amazing and 100% behind this album, she wrote the sleeve notes as well.

I recently interviewed Lutz Graf-Ulbrich of Agitation Free. He accompanied Nico on guitar at many of her subsequent concerts. Lutz wrote the song ‘Reich der Träume’ for her, which she sang on his solo debut LP ‘Lüül’ published in 1981. Are you familiar with it?

I am not! I will seek it out immediately!!

Tell us what follows next for you?

I am rehearsing to play a show with the material this November, which is a lot of fun

Lately I have been listening to Lingua Ignota, Circuit Des Yeux, Riki, and Lash. Lash is from Montreal and has an amazing new EP out called ‘House of Women.’

Thank you so much! I am humbled to be able to do what I do!