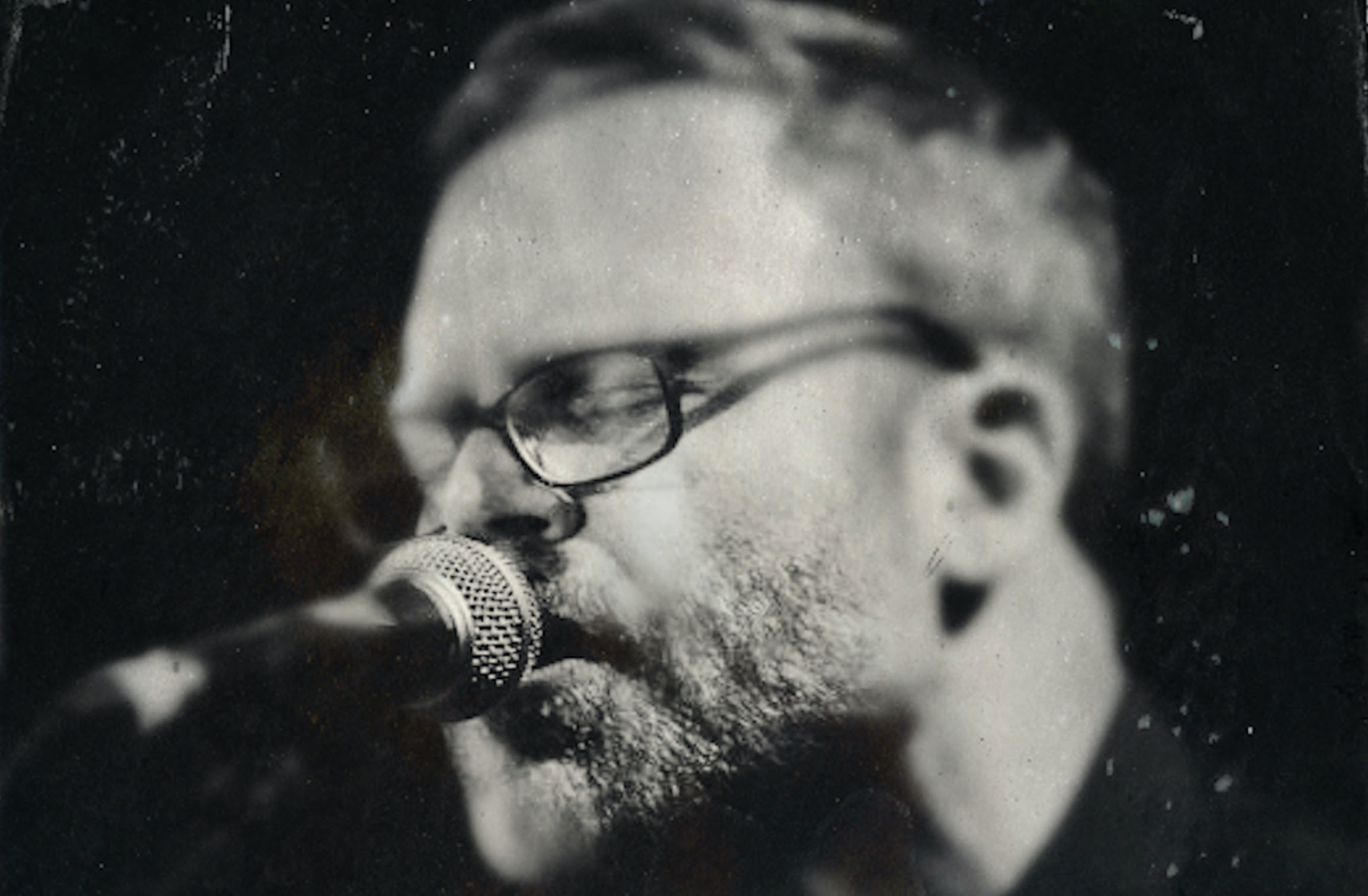 Exclusive video premiere of ‘Her Used-To-Been’ by Spain, taken from the upcoming album, ‘World Of Blue’, out now. Vinyl edition due October 21 via Shimmy-Disc/Joyful Noise.

LA-based 90s slowcore pioneers Spain – led by musician Josh Haden, son of jazz bass legend Charlie Haden – is kickstarting their long-awaited return with the release of a brand new LP of recently unearthed tracks, re-mixed and re-imagined by storied producer/musician Kramer in 2021 at his Noise Miami Studio for his label, Shimmy-Disc. 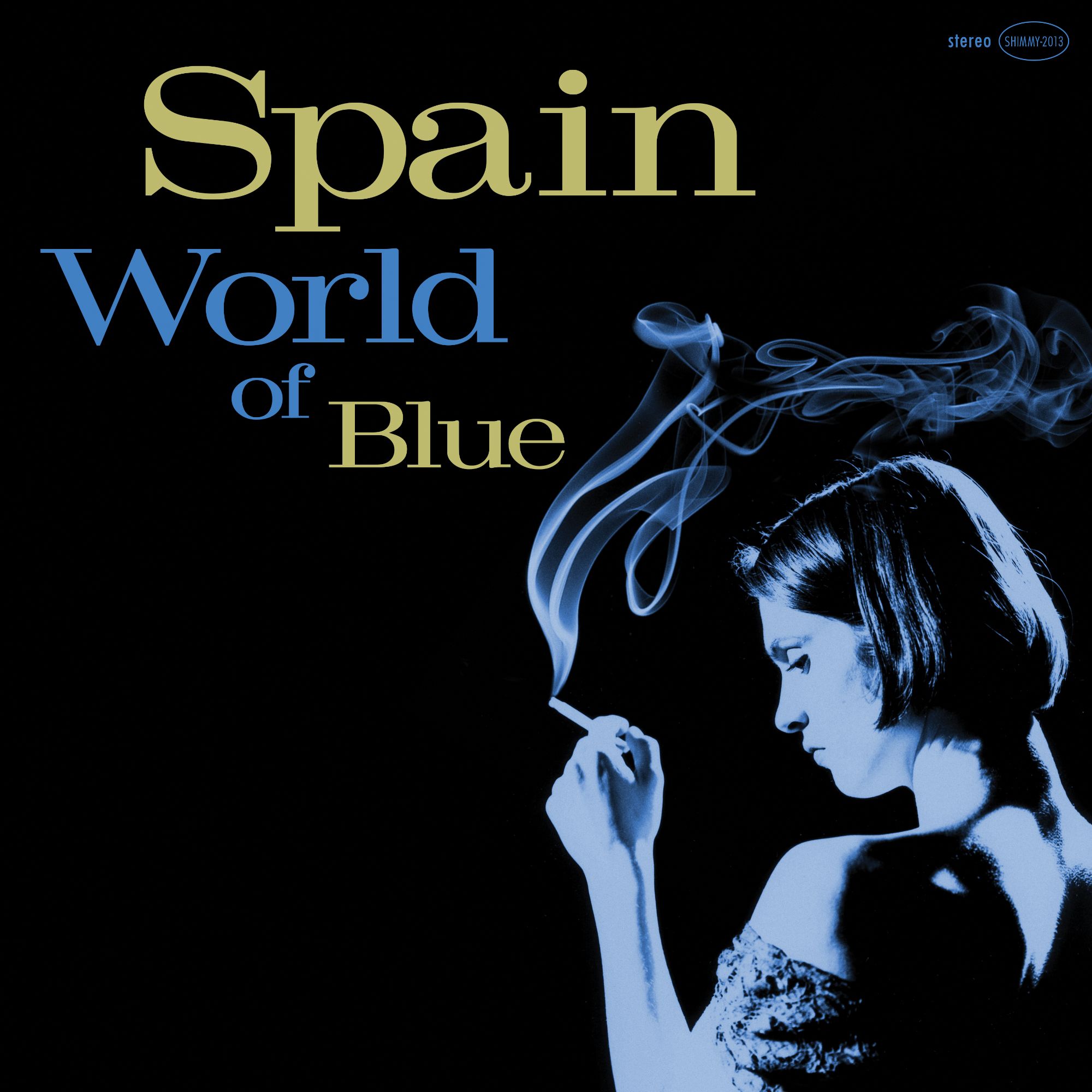 ‘World Of Blue’ (out today, September 30 via Shimmy-Disc/Joyful Noise) is the first ever vinyl release of five previously unreleased tracks, including ‘I Lied’ and ‘Her Used-To-Been’, taken from a historic 1994 16-track recording session (led by producer Tom Grimley at Poop Alley Studios in LA) that predates the band’s 1995 landmark album, ‘The Blue Moods Of Spain’.

Today finds the release of the LP’s final single, the aforementioned ‘Her Used-To-Been’, alongside an accompanying music video made by Kramer.

Haden wrote the following of the track described as a “love song influenced by Bessie Smith.”

“In the late 1980s, I worked as a music librarian at KCRW while taking college classes at Santa Monica College. One of the perks of the job was taking home lots of great music. The music director let me keep a Bessie Smith box set, and I listened to those discs all the time. “Her Used-To-Been” is paraphrased from a Bessie Smith song about how the protagonist goes back to her abusive ex-. In my version, I’m the protagonist and I’m telling Bessie to not go back.”

‘World Of Blue’ is out now via all DSPS, and will be released on limited edition vinyl via Shimmy-Disc/Joyful Noise on October 21. Pre-order here. 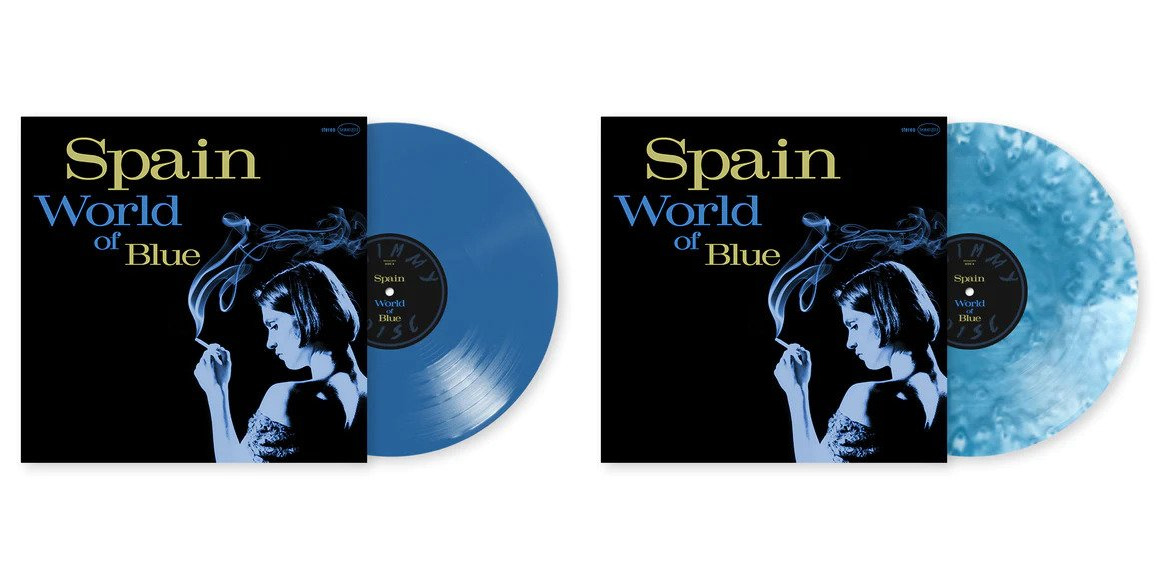 In February of 1994, Josh Haden took his new band Spain into Poop Alley Studio in LA to record some demos with producer Tom Grimley. Those demos led to a deal with Restless Records and the 1995 release of their debut LP, ‘The Blue Moods of Spain’, which took the world by storm. But the original 16-track demo recordings were lost for over 25 years, after the studio closed and its tape library was scattered amidst the dark corners of various homes and storage units. Then, in 2021, Josh tracked the multi-track tapes down and sent them to Kramer, who had them properly “baked” at Florida’s best archival audio facility, and mixed the songs anew. This LP represents the very first studio recordings made by Josh Haden & SPAIN, featuring the band’s original line-up, along with a very special guest appearance by Josh’s sister Petra Haden.

Kramer’s mixing work re-colours the entire spectrum of sound from the original demo recordings. He says: “These aren’t demos anymore. This is a lusciously rebuilt, stand-alone LP that rivals anything else in Spain’s rich catalog. While mixing these amazing, early slow-core performances by a band I have always adored, I imagined myself in the studio with them during the actual recordings, collaborating with Josh on the mixing process. But rather than utilizing his physical presence and toe-to-toe collaborative comments, I used only his performances to guide me, as though the instruments themselves were telling me what to do…as though I was a member of the band, and my instrument was my mixing console. I let each musician’s individual 1994 performance (and the band’s performance in the aggregate) guide me in making the decisions I made while mixing this LP in 2021. I think the best example of how well this worked is at the very end of the title track, ‘World Of Blue’, which closes the LP. I used Petra’s exquisite violin performance to construct a wholly new outro for the song, cutting and pasting and rearranging her most finely expressed string elements into something that took what she originally did to a whole new level of ethereal beauty. It’s difficult for me to even think about that outro without fighting back tears. It’s as beautiful as anything I’ve ever been invited to be a part of. And beauty is all that matters. I can’t thank Josh enough for trusting me with his music”.

On the forthcoming LP and its origins back in 1994, Josh Haden wrote the following synopsis: “The LP ‘World of Blue’ features Ken Boudakian and Merlo Podlewski on guitars, and Evan Hartzell on drums. Evan and I attended the same high school, and Ken was my college roommate. Merlo was the final piece of the puzzle. I first met Merlo in 1994. My sister Rachel Haden, who had been working with him at the Rhino Records store in Westwood, knew I was looking for a new guitarist for my band, and introduced us. Merlo is one of those guitarists whose playing is so smooth and effortless he makes anyone feel like they can play. His playing is magical. He had an instinctual grasp of harmony and theory, which brought a great counterpoint to the technical knowledge and finesse of lead guitarist Ken. From our first practice together, I knew he was the right addition to the band. Back in those days, my sisters Rachel and Petra Haden were in a band called That Dog. They had a strong following in L.A. and were getting ready to sign to a major label. When I first started Spain, they were a big inspiration to me. It was an exciting time for music in L.A. Beck and Weezer were just starting out, and this mad scientist/producer named Tom Grimley was recording all the best bands in his converted auto repair shop studio called Poop Alley Studios. Spain played their first official L.A. gig with Merlo at a club called Pan, which shortly thereafter changed its name to Spaceland. We opened for Beck and That Dog. We played at Spaceland a lot (a performance from which can be found on YouTube) and at other small clubs and coffee joints like the Troy Cafe (owned by Beck’s mom), Congo Square Coffee House in Santa Monica, Alligator Lounge, and others. At a certain point that year, we were ready to record our first 7” single, and I reserved some time at Poop Alley. Poop Alley didn’t seem like the ideal recording setting. The walls and floors were made of concrete, and there was no soundproofing. The fix-it area was the tracking room. The ceiling was so high there almost wasn’t a ceiling. A steep curving staircase with no guardrail led up to a loft area where the console was located, and next to it, on a custom-built, guardrail-less ledge, a queen-sized bed where Tom slept. Also, it wasn’t a nice neighborhood. Up the street, while walking to my car late one night from the nearby Jabberjaw Coffeehouse, a local drunk begged me not to rob him. That’s how bad it was. I paid for the session with weed I grew in my closet. We set up and it started raining. Tom put a microphone outside. For lunch, we’d walk through the alley over to India Sweets and Spices, on Fairfax just north of Pico. After tracking was finished, Petra came over and overdubbed violin. There was a cushioned area where I remember sitting during mixdown. There were little stacks of Aphex 16-track tape everywhere. We stayed good friends with Tom. We recorded a couple more songs with him the following year. Tom recorded lots of bands at Poop Alley. My sisters’ band That Dog, Beck, the Rentals, Rod Poole, Tom’s band Waldo the Dog Faced Boy, and many others. There were parties in the alley. There would be a keg of beer. Everyone was well-behaved. The most dangerous it got was when Kenny asked Beck if he was a Scientologist. I remember laughter and happiness the most from those parties. Not long afterwards, Tom shut down the studio. Luckily for us, the tapes still exist. On those tapes are five songs, all of which are represented here. ‘I Lied’ and ‘Her Used-To-Been’ were released on the 7”, and the remaining three have never been released before now. I can’t remember who I sent copies of the 7” to but shortly after it came out, I got a call from an A&R executive at Geffen inviting me to their offices to talk. ‘I love your songs,’ I remember him saying to me, ‘but my boss [David Geffen] won’t let me sign you because he doesn’t know how to market you.’ Eventually, a label that did want to sign us got in touch with me. Restless Records was a local indie record company that had flirted with major label success with bands like Poison and Stryper. Their office was an old rickety house off Sunset Blvd in Hollywood, and they had decent distribution, so I said to myself, ‘Why not?’ This eventually led to the recording that produced our debut LP ‘The Blue Moods of Spain'”.