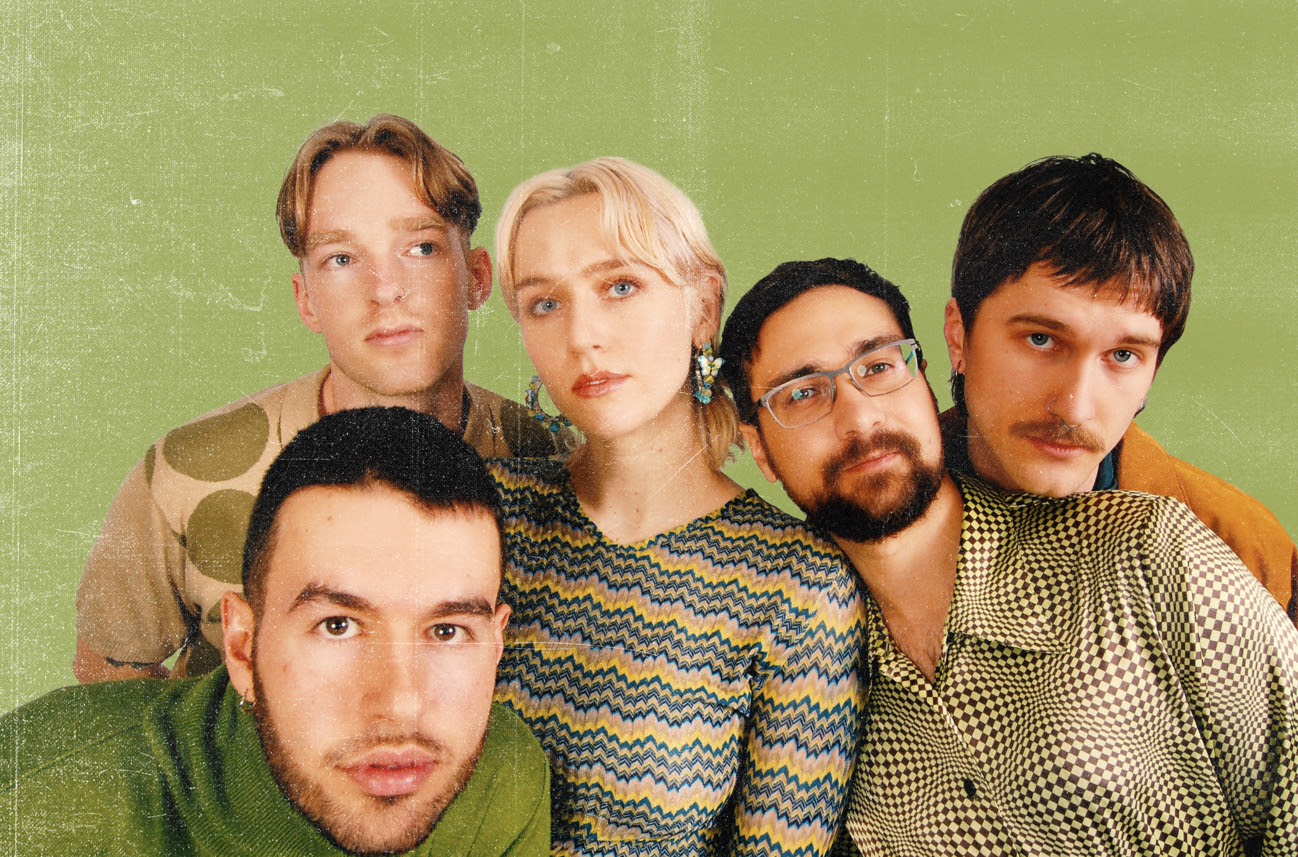 Exclusive video premiere of ‘Cool Down’ by Bridal Party.

‘Cool Down’, the first single from art pop quintet Bridal Party since 2015, makes danceable the feelings that come when the party’s over and it’s time to go home. Originally drafted in 2020 when anything resembling group celebration was a fantasy, ‘Cool Down’ is both resistant to the come down after the party and in celebration of the moments when you are feeling so joyful in community that you don’t ever want to leave.

‘Cool Down’ began as a fragment captured on an iPhone in the band’s rehearsal space. “I was thinking about a Prince riff from ‘I Wanna Be Your Lover’ and how well the chords worked together”, explains keyboardist Jordan Clairmont. “So I started playing them in a different succession and everyone caught on and Joe started recording it”. Guitarist Joseph Leroux continues: “I could tell the chords and beat held something fresh for us, so I hit record and started playing along so the idea didn’t get misplaced”.

‘Cool Down’ luxuriates in the highs of its cymbal crashes and the lows of the bass synth, while etherial guitars and vocal harmonies add texture around vocalist Suzannah Raudaschl’s intimate yet powerful performance. Raudaschl took the sketch home with her and returned with the anthemic chorus chords and most of the lyrics soon after. “I wanted wide melodies, something cathartic”.

Producer Connor Head helped the band bring the track to life in the studio, engineering the song layer by layer into the crescendos that define its arc. Danceable and ruminative, ‘Cool Down’ the single both crystalizes and sets in motion the joy and tension at the heart of Cool Down the album, dropping Spring 2023.

Forming in 2015 amidst Victoria, British Columbia’s vibrant DIY scene of experimental club nights and vibrant house shows, Bridal Party began as a sharing of songs between vocalist Suzannah Raudaschl and guitarist Joseph Leroux. That effort culminated in the beachy, effusive ‘Hot Daze’ EP, ripe with lighthearted bossa nova and indie rock references, while alluding to the end-of-the-world deliriousness that the fire season was imposing on the west coast. The project quickly expanded and now includes Adrian Heim on drums, Lee Gauthier on bass, and Jordan Clairmont on keyboards.

In 2017, Bridal Party linked up with producer Connor Head to record Negative Space, including the band’s first breakout track, the cheekily melancholy ‘Fruitless’. Built from a guitar progression Leroux initially heard as a throw-away, ‘Fruitless’ showcases Raudaschl’s vocal range and narrative wit, placing her stylistically somewhere between Joni Mitchel and Debbie Harry, distinct in her unpredictable yearning and melodic patterning. It also signalled the band’s stylistic shift towards 80’s and 90’s pop references, and a move towards a less guitar driven, more synthetic sound

Over the next two years Bridal Party embraced DIY touring, sending themselves across Canada and down the west coast of the US multiple times, developing a reputation as a tight and experienced live act. The band began recording their debut LP ‘Too Much’ in 2018, right after returning from their first tour. Informed by their experience on the road and painstakingly produced and mixed by bassist Lee Gauthier, ‘Too Much’ came out on legendary Vancouver indie label Kingfisher Bluez, and is a record of the group’s growing pains both personally and stylistically.

Now, Bridal Party is ready to drop a new record into what feels like a changed world. Their upcoming work speaks of interstitial moments, the pivot-points from which real change may emanate, and the deja vu that comes from realizing who one has always been. It is their most stylistically cognizant and emotionally resonant music to date.