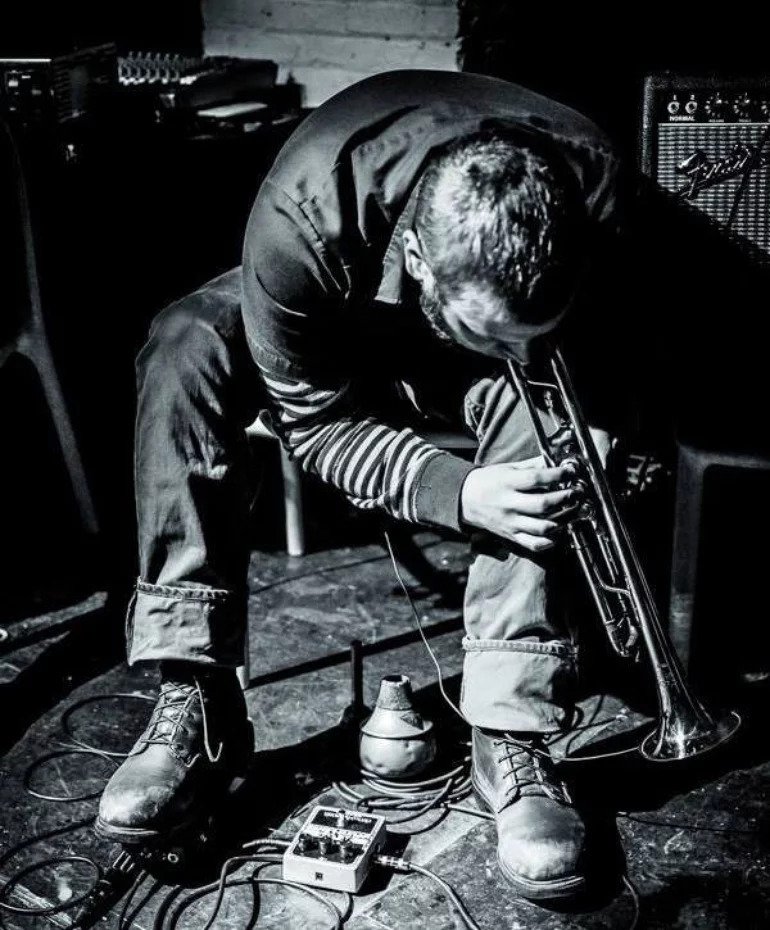 ‘Experiment Three for Untrained Voice’ is a 24 minute long voice exercise or etude made by trumpet player Nate Wooley.

“How they deal with imperfection and failure”

I enjoyed listening to ‘Experiment Three for Untrained Voice’. You call this recording “an experiment”. Why? What are you experimenting with on this recording? What is the experiment you are doing here? What’s the difference between an experiment and a composition or an improvisation? Is it more rational? More an idea or a concept and less ‘musical’?

Nate Wooley: Titling the pieces as “Experiments” is an homage to the Stephen Spender collection of poems called Nine Experiments. In my pieces, I’m asking the musicians to experiment with different aspects of their playing: how they approach their instruments, how they listen to themselves and others, how they conceive of form, how they deal with imperfection and failure, et cetera. In some senses, these could be referred to as “exercises” or “etudes,” but the pieces are not designed to build the skills of the player, but just to provide the impetus for them to see things in a new way. They could do the pieces many times and come up with different results, and so the term “experiment” still feels apt to me.

I mainly know you as a trumpet player, so why did you want to make a recording for voice? Is the voice on this album your own voice? How many voices am I hearing on this album? Are they two voices? Or is it one voice dubbed?

The voice is mine. It is overdubbed to create the drone that the other voices are singing over, and then of course, there are sine tones as well that come into play later in the piece. 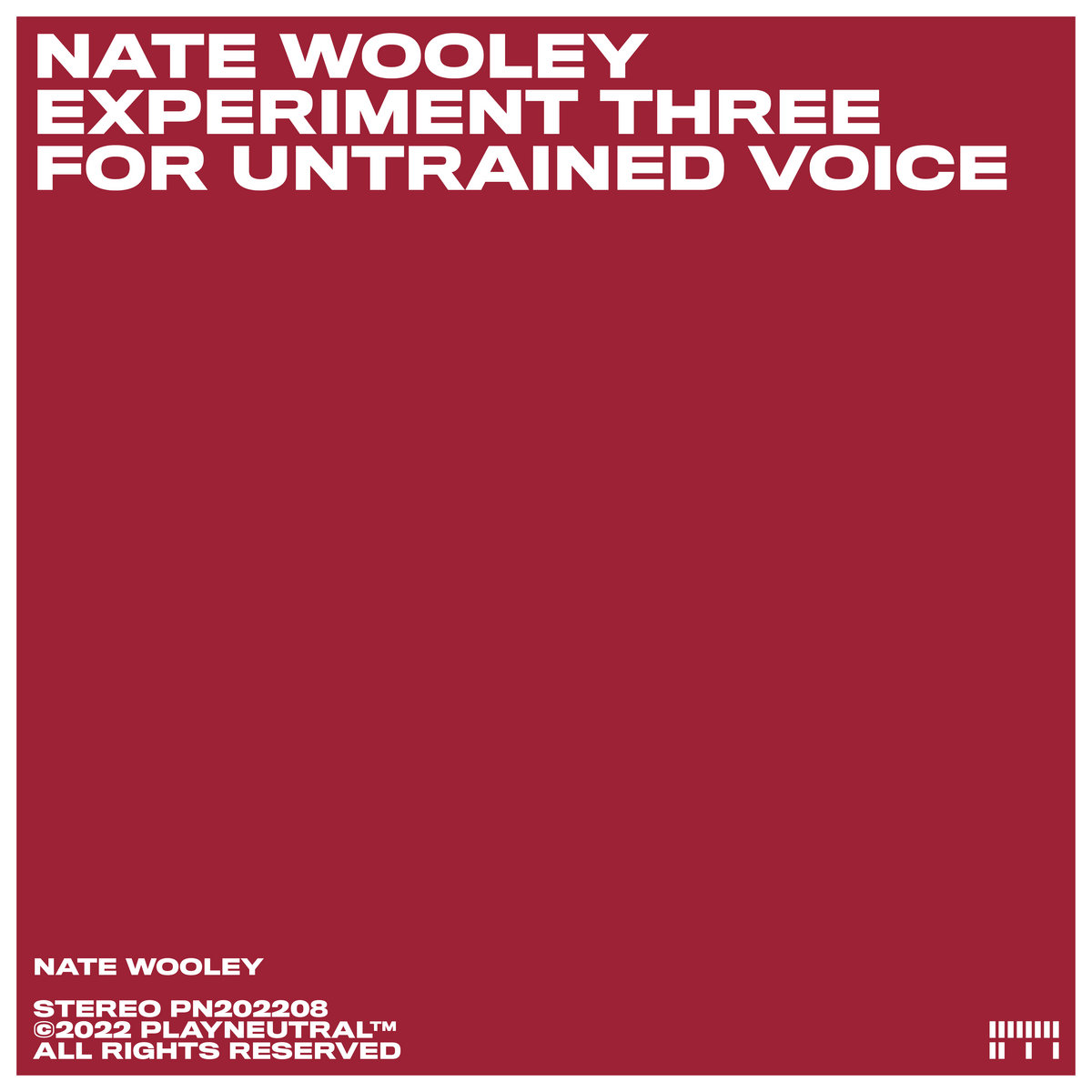 Phil Minton says he’s a trumpet player, but without a trumpet, just using his voice. Is that similar to what you do on this album?

Not really. The voice here is used in more of a linguistic sense than a musical one. I’m seeing what certain phonemes sound like as pitches rather than trying to improvise in the same way that I would play trumpet.

Why did you want this recording for an “untrained voice”? Why “untrained”? And what’s your definition of “untrained”? Not professional?

I wanted the singer to have to find a way to translate the score and tune their voice to the very specific frequencies the score asks. A trained singer could do this too easily, and then it’s just a score, not an experiment. For an instrumentalist to look at the just intonation ratios or frequencies and decide to tackle it, it asks them to do something that is far from their normal playing. I also like the imperfection involved and the fragility of the voice of someone who has not trained to use it in such a way.

Do you see the human voice as the one instrument that everybody has and can use?

In a sense, but I’m not prescriptive about it.

The way the voice is used here sounds like Buddhist monk music at times. Does this make sense to you?

That’s not the intention, but I can see where that comparison can be made. A different singer may do it in a totally different way.

This album is one 24 minute long track. Is this how you made it: one live take, no editing, no layering afterwards?

It is very much layered. I made the layers of the drone singing first and then added the phonetic different pitches after.

There are four experiments which will come out later this year as a box set with solo and chamber versions of each one. They all tackle different issues and each solo and each ensemble will consist of different players. I will do an all voice layered solo version of ‘Experiment Three’ for the box. I released this one because the label asked me for something, and it’s what I had handy.