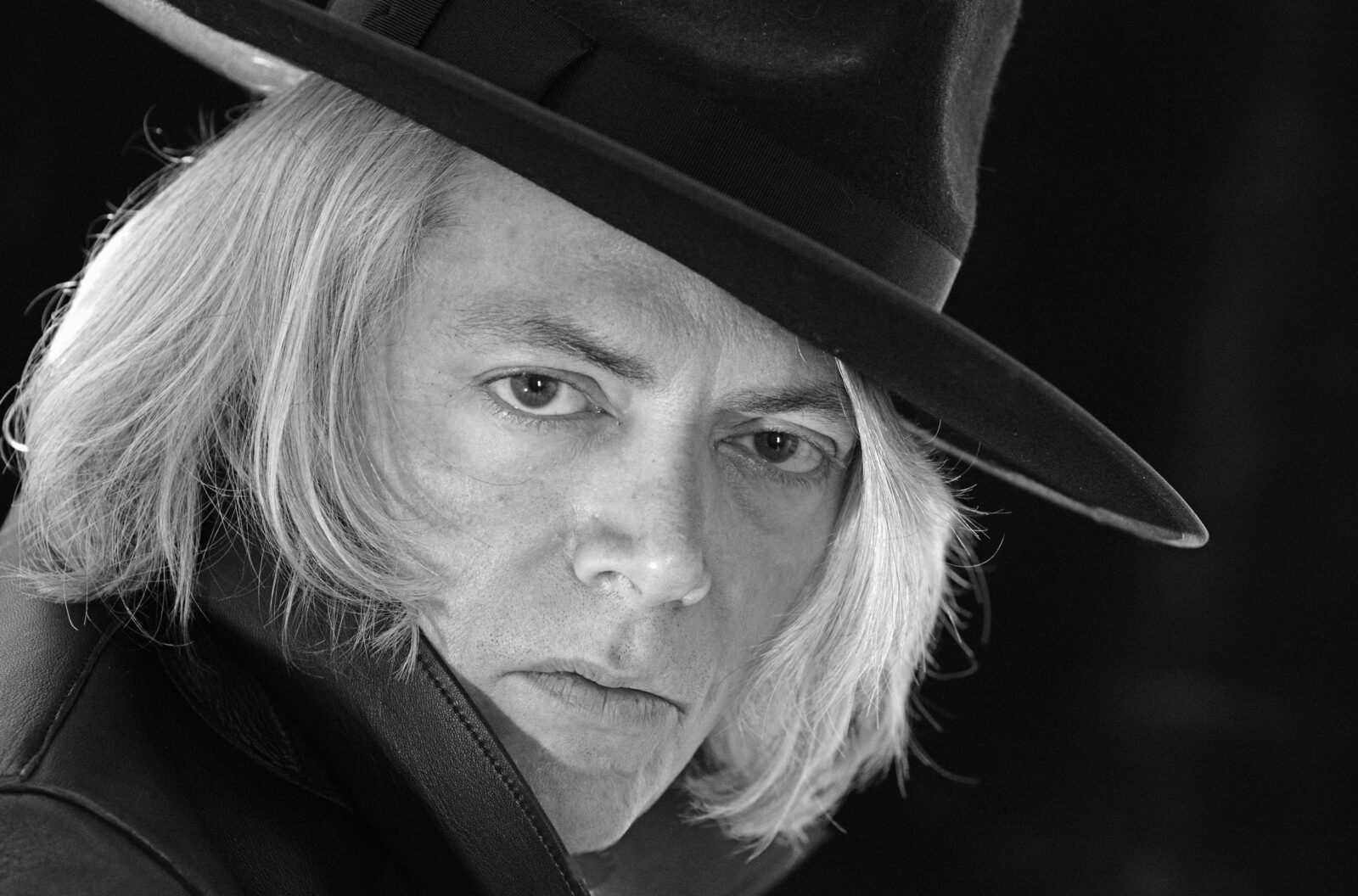 Exclusive video premiere of ‘Stomp The Devil’ by The Mortal Prophets, taken off their debut EP of the same name, due July 8. It also comes alongside a music video, filmed at Untermyer Park and Gardens.

John Beckmann doesn’t waste any time setting the scene in the opening salvo of his Mortal Prophets debut, ‘Stomp the Devil’. As the sky turns black, a sinister rainstorm slides across the horizon, and lightning cuts through its inky canvas like Death’s scythe — a not-so-subtle warning to step away from your speakers or succumb to Beckmann’s raw, ominous sound.

Hammering that point home is a haunting character that may or may not be rooted in reality: a “born again carnival barker / repentant preacher” that starts by delivering a warning to “all the demons in hell,” as if he alone can drive away from the darkness. Or at the very least, all the apocalyptic thunder that’s rattling the windows around us and making this whole thing feel like a tent revival that’s gone straight off the rails.

“I’m very interested in building up a deep sonic atmosphere,” explains Beckmann. “I have a dark, weird, and eerie sensibility without being someone who’s depressed.” Maybe it’s homeopathic — like listening to songs about broken hearts and unrequited love.

“There’s a certain uncanny quality to the music as well,” he continues. “One that reflects my love of German cinema from the ‘20s, Werner Herzog, Alejandro Jodorowsky, Kenneth Anger… films that possess magic.”

Like any true magician, Beckmann isn’t about to reveal all his tricks just yet. That’ll happen this Summer when the multi-medium artist (Axis Mundi Design) unveils a widescreen LP that fleshes Mortal Prophets’ mission statement out even further and points back to his past as a club-hopping kid from New Jersey.

“I was the weird teenager who bought strange music at the local mall,” says Beckmann. “The salespeople would put aside all of the German and French electronica for me — groups like CAN, NEU!, and Cluster & Eno. Not to mention Throbbing Gristle, Conrad Schnitzler, Richard Pinhas, and Cabaret Voltaire.”

Living in downtown New York City in the early ‘80s and studying design at Parsons also meant being “part of the New Wave fraternity,” a fluid and fearless bunch of Joseph Beuys fans that cut their teeth at the Mudd Club, Danceteria, and Area. In a lot of ways, ‘Stomp the Devil’ is the record Beckmann was born to make, a way of threading the needle through various points in his life. 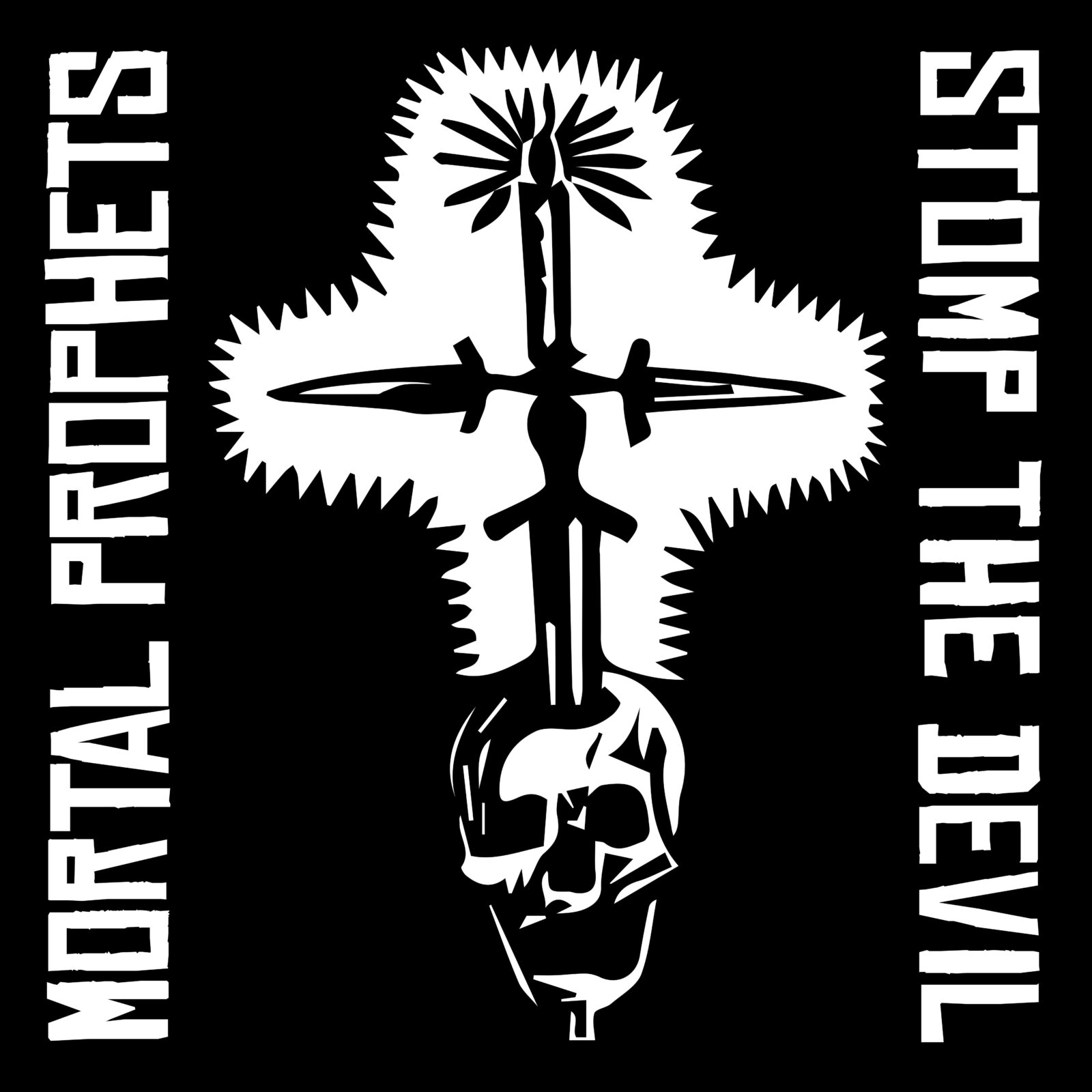 In 2021, Beckmann started working with producer David Sisko, who introduced him to the legendary guitarist Gary Lucas (Captain Beefheart, Gods, and Monsters). Lucas was instrumental in realizing the Mortal Prophets’ sound: a strange but fitting blend of raw, pre-war blues, inspired by the John Fahey compilation ‘American Primitive, Volume I: Raw Pre-War Gospel (1926-36)’. “It has some of the most amazing obscure, early blues music on it,” says Beckmann. “It’s almost alien sounding. I was fascinated by it, especially the lyrics. It was America’s primal scream.”

Mortal Prophets takes that template into an alternate universe ruled by fractured riffs, laser-guided synth lines, and the sort of songs you want to hear when it’s the last call and the night refuses to end. Judging by the songs that Beckmann already has waiting in the wings, it’s just beginning.