“Anything that challenges the habits of your mind”

Can you tell me, in your own words; what am I listening to when I listen to ‘Seabreeze Salute’?

Cooper Bowman: A person tinkering around with electronic loops, attempting to achieve a kind of difficult ambience. Pretty, but complicated.

A few years ago, a lady from my hometown (Newcastle, Australia) referred to someone being hit with a glass in the face as a “seabreeze salute”. Newcastle used to be a really rough place when I was growing up and there were a lot of glassings here. So that’s obviously quite intense and doesn’t really align with my tape … Really, I just liked the phrase, it sounds nice. I also go to the beach a fair bit and it sort of conjures a mental image for me of standing on a cliff, looking out to sea and feeling the wind on my face. Salute to the ocean.

It was made over a number of years while I was going through some fairly low periods personally, so it took ages. The title track was the first piece I recorded, while I still lived in Melbourne back in 2017 or so. I recorded some other pieces that didn’t make it onto the album while I lived in Tasmania and then the other three were done in Newcastle within a relatively short space of time in 2020.

The process involved preparing some samples that I think worked well together and maybe also setting up a synth or two to play live over the top. I would play each piece live once or twice and just use the better of the two, so it is strictly improvised in that sense. That’s about it really.

The only track that was any different is ‘Nortia’s Whsiper’. I wrote some words that were important to me at the time and, one day when my wife (and partner in the duo Troth) came home, I was out in the shed playing the song and asked her to sing on it. I think we did it twice and I just used the better of the two takes. It’s my favorite from the tape, there is something about it that I find really uplifting, but that is possibly just personal.

Why do you still record and release on tape?

Good question. Honestly, I kind of gave up recording to tape after this, but for the 8 or so years before ‘Seabreeze Salute’, it was all I used. I was taught by older people that I had played with how to EQ and mix when recording to tape. It’s not a purely aesthetic choice by any stretch, I genuinely love the sound of it. I also think anyone who is learning to make electronic / experimental music should be made to do their ‘apprenticeship’ recording to tape. It gives you an appreciation for sound and spontaneity in recording that you don’t get with using software / digital, because it is very difficult to change after the fact. I also record to two-track (not multi-track) tape, so I couldn’t remove any mistakes if I made them, which forced me to focus on the process at hand. I have been recording on a digital multi-track since ‘Seabreeze Salute’, which is obviously great for options / post editing and tweaking et cetera. But I would definitely go back to tape at some point if the music suited. There’s a dusty kind of warmth that can’t be found elsewhere and I feel it suits some of the music that I make. 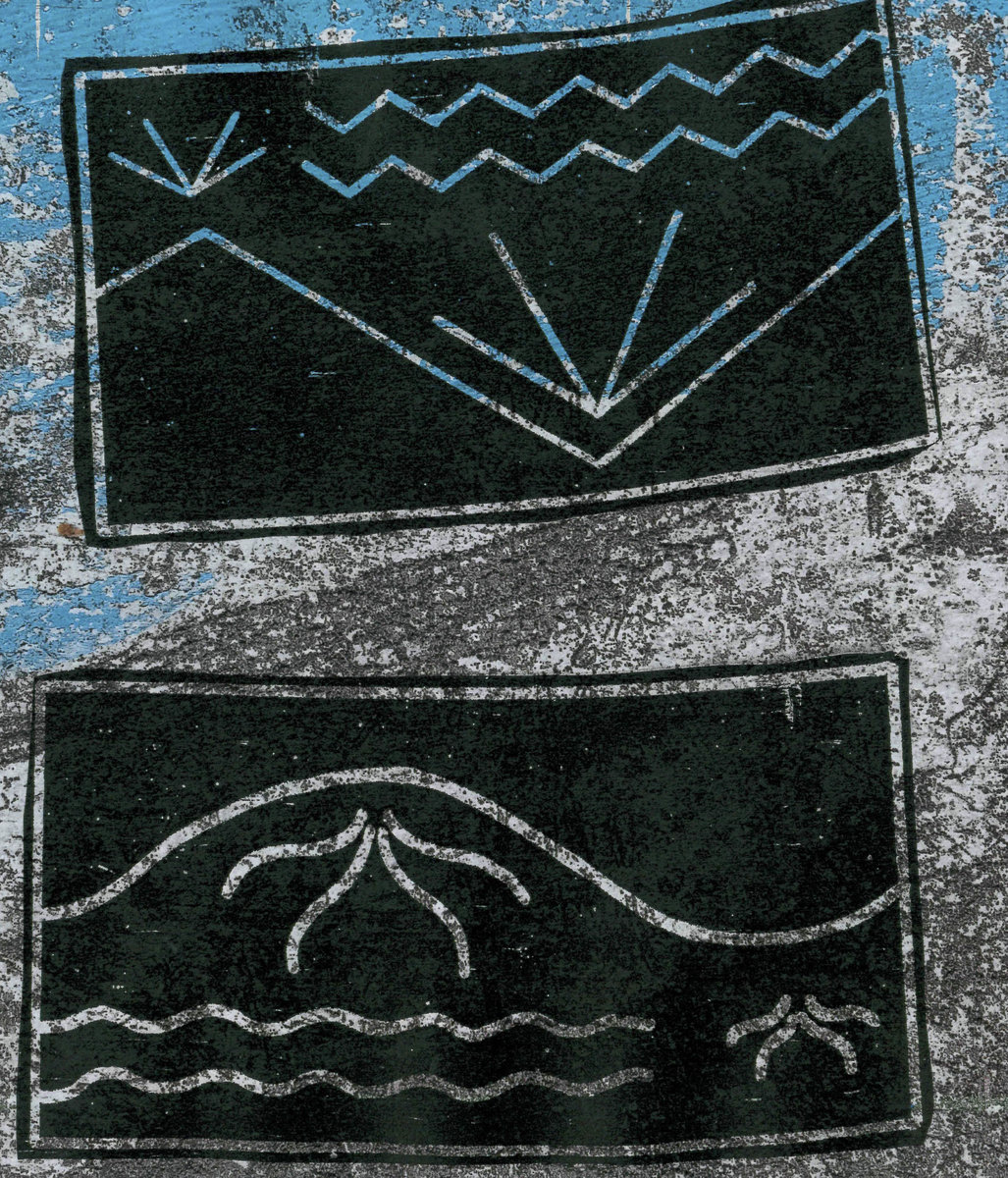 In terms of releasing on tape – I’ve run a tape label (Altered States Tapes) for eleven years now. Tape is a cheap, effective and perfect vessel for a lot of the music I dig. I like to keep costs as low as possible so that punters are more likely to take a chance on something they don’t know. I do all the art, photocopying, cover cutting et cetera at home myself. I like being involved in the making of them as objects.

Because this is for a magazine called It’s Psychedelic Baby!; do you see your music as “psychedelic”? And what would your definition of “psychedelic” be?

Yes, I definitely do, but I’m not sure anyone else would see the same through-line. I’m glad you brought that up! I started making experimental music when I still smoked weed years ago, so it was more clear to me then, as what I was playing was an extension of my state in some sense. Even though I stopped choofing years back, I think I’ve carried the same sense in terms of what feelings I attempt to tap / the sounds that I like to hear when playing.

Basically I see anything that challenges the habits of your mind, or culture more generally, as psychedelic. Anything that forces (or allows) your thinking to go outside of its usual confines. The nature of music made using layered loops lends itself to psychedelia also; the way in which the patterns interact over the course of time, falling in and out of sync and harmonising in different ways can create unexpected feelings or states. There’s a spiritual analogy in there somehow I’m sure.

Do you see this music as new-age? As esoteric music? As ambient? What do these terms mean to you?

I straight-up don’t listen to any “new-age” music, never have, but I don’t mind some stuff on the periphery of it. Esoteric is probably the best descriptor. Ambient is decent also.

New-age to me usually infers a bunch of pretty outdated synth sounds and some pseudo-spiritual branding associated with the music. Not for me.

Ambient means a lot of things and nothing all at once by its very definition. I really like some ambient music (Robert Turman, Eno, Korea Undok Group, O Yuki Conjugate, Zoviet France, et cetera), but a lot of the more modern things I’ve heard don’t ring true to me. I feel like the best ambient music still has a soul, which it seems some contemporary dabblers seem to miss when they make everything too clean and considered.

Esoteric is a great way of looking at it because, as per my understanding, esotericism is associated with ritual, intent, and a kind of “removed” practice.

I would probably also describe ‘Seabreeze Salute’ as “liminal”. For a few reasons; it sonically occupies a space somewhere outside, or around, various genres (hopefully) and also sits on the outside of any kind of “scene” – it’s just generated in and of itself. Hopefully it adds something new or useful to the conversation while still drifting around in its own orbit.

You say your album is influenced by Robert Turman’s ‘Flux’ album. This is one of my all time favorite albums, even though I got to know it through the re-issue on Editions Mego. In which way is your album influenced by ‘Flux’?

I am in total agreement with you! ‘Flux’ is probably my favorite ambient album of all time. It does so much with an economy of sound sources in one sense. It is tasteful, patient and also still feels spontaneous and avoids being homogenised or bereft of feeling. I think recording to tape probably helps in some respect. Turman is a genius generally, his music has a kind of magic in it I’ve rarely found otherwise.

I don’t know if ‘Seabreeze Salute’ was directly influenced by Flux – more so just inspired by art that I think is genuinely powerful. Listening to important records and giving them time can only help when you make your own music. I reckon, you are being provided with a document of how to do things. So, at least subliminally, you might take some of the aspects onboard about what makes those albums/films/books etc so special or unique once you’ve spent time with them.

Maybe the main take-away I had from listening to Flux for so long is Turman’s sense of pace, there’s no need to rush a track into finishing. Let it breathe and it will end of its own volition when ready.

I also hear Wiliam Basinski, Aphex Twin (‘Selected Ambient Works 85-92’) and GAS in it. What do you think of that?

I’ve actually never listened to GAS (probably should), have only listened to a bit of Aphex (remember really liking what I heard) and have listened to Basinki’s ‘Disintegration Loops’, which is fairly decent. I do like some other ambient music other than the projects/people I mentioned earlier, although I think in my own music I’m trying to create sounds I can’t find elsewhere. Which is a pretty solid reason to make something new, right?