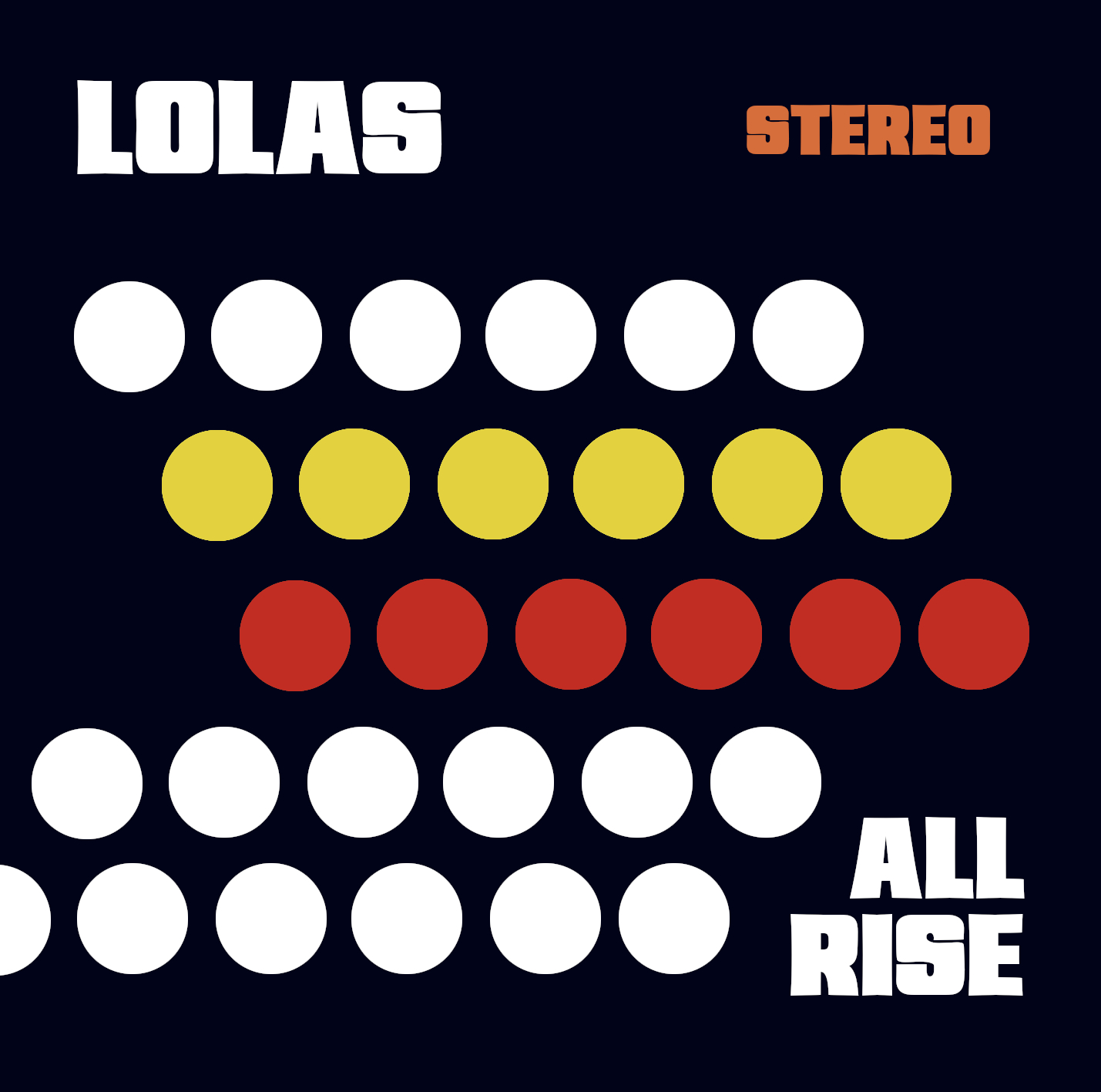 Hailing from Birmingham, Alabama, the Lolas have been making the rounds on the international indie scene for nearly a quarter of a century now.

While a series of personnel shifts have taken place, lead singer, songwriter and keyboardist Tim Boykin has remained the sole original member over the years. Bassist and vocalist Valis Prochazka, and drummer, percussionist and vocalist Jaban “Jaydog” Henderson complete the latest version of the Lolas.

Currently available in digital form, but slated to be released by Kool Kat Musik when the calendar strikes 2022, ‘All Rise’ steps in as the band’s ninth full-length studio effort. Having garnered praise as one of the best acts in their field, the Lolas definitely live up to their exemplary reputation on this album, which many fans will agree is their strongest collection to date.

Because the Lolas are creatures of good habits, the band retains their fixation on classic power pop rock throughout the set. But the Lolas are talented enough to avoid falling into a recycling rut, so therefore, ‘All Rise’ simply adds new and exciting twists to their recognizable sound.

Bright and peppy vocals, sharing the same genetic code as the Monkees and the Archies, joined by watertight instrumentation recalling both the Who and the Ramones, hold sway amid the material, spawning a bridge between the past and the present.

You’ll be hard pressed to sit still when hearing songs like the rock-a-rama reflexes of ‘Storm The Heavens’ and ‘Never To Be Mine’ that sizzle and swivel with ripped riffs, mondo melodies and absorbing time changes. An interesting concept – not to mention contrast – emerges on ‘All Rise, The Sneaky Snakes Of Kudzu’, as quirky and abstract lyrics are pinned to a grand and glorious production entailing gleaming piano passages and fluncuating rhythms and hooks.

Sparkling with purity and polish, ‘Pain In My Heart’ conveys an early Beatlesque feel, and then there’s ‘Message From Home’ that moves at a brisk stride and features the humming tone of bopping keyboards. The brilliantly titled ‘I Can Hear Your Beard Through The Phone’ is a slower-paced cut, but concludes to a squiggly swirl of backwards psychedelic guitars, where ‘Dirtbag On The Run’ keys in as a turbo-charged punk pop number driven by buzzing licks and a hammering groove. Also not to be neglected is the lovely ‘You And Me Will Always Be’, a mid-tempo Big Star styled ballad brimming with an emotional pull impossible to resist.

When it comes to high energy and high quality pop rock, the Lolas are the band to go to, and ‘All Rise’ counts as yet another perfectly-realized offering in their consistently-growing discography.