Matus | Interview | “Ancient rituals, mysterious side of Lovecraftian myths and other” 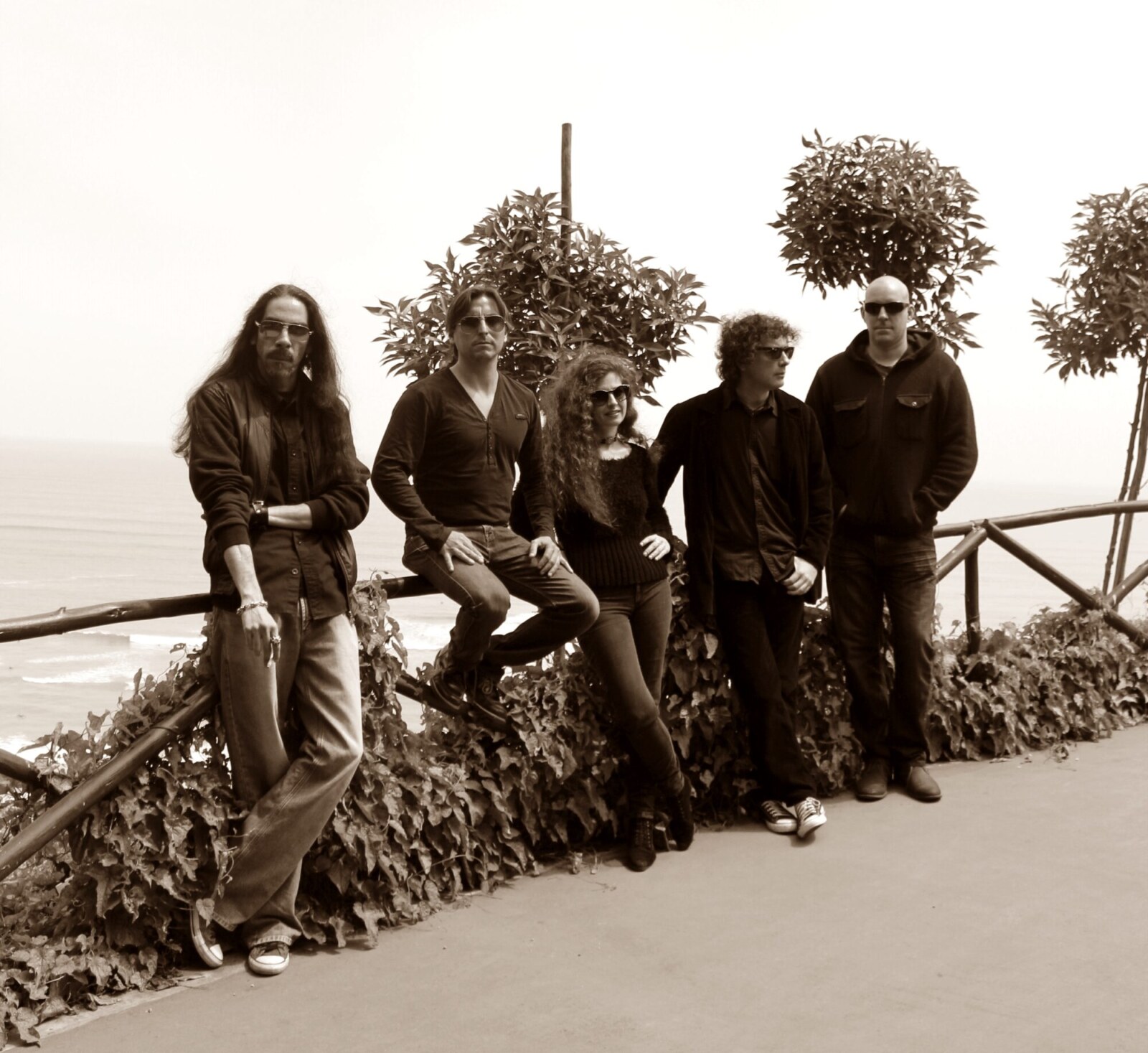 Matus | Interview | “Ancient rituals, mysterious side of Lovecraftian myths and other”

Peruvian secret cult band, Matus was born in 2005 under its full name “Don Juan Matus”. They were rocking, they were psychedelic, and they were enthusiastic. The band followed their own way keeping original spiritual vibes built around ancient rituals, mysterious side of Lovecraftian myths and other values of similar kind.

After releasing five albums as Matus, the band members suddenly found themselves scattered all over the country, so things turned out to be complicated. And the quarantine made it only more difficult. However they have a new album out, ‘Espejismos II’. We’ve got in touch with the band’s original guitarist Richard Nossar to learn more about Matus’ current status.

Hello Richard! How are you?

Richard Nossar: Hello Aleks, I’m fine, thanks for asking. We’ve gone through two quarantines since the pandemic began. The first was really complicated for me, since it caught me in Lima and I had to stay there for about 4 months. Things are slowly returning to normal around here, although I’ve already assumed nothing will be the same for quite some time.

On one hand we have this new recording of ‘Espejismos II’ which was released on 10th of July according to Bandcamp, and on the other hand there isn’t much news on Matus’ Facebook. What’s going on in the band?

Against all odds, the project is still alive despite the fact that we’re spread over Lima, Australia and, in my case, the Peruvian high central jungle. The reason why there isn’t much activity on the Facebook page is because we reach further posting from our personal accounts.

Does it mean you still have a full working lineup? Who else shares Matus’ burden with you?

The lineup has been stable for approximately six years now. I’ve always been in charge of moving the band overseas, but locally Veronik, Walo and Manolo do their thing by sharing posts, news, et cetera.

The original ‘Espejismos’ album was released back in 2013, and as it was stated the album “presents a different more introspective side of the band. ‘Espejismos’ features alternate versions of songs included in their albums plus five new tracks recorded individually by members of the band”. Did you follow the same pattern collecting tracks for ‘Espejismos II’?

Five songs were recorded individually for ‘Espejismos’, but only four made it to the album. Following the same pattern would have been, for us, repetitive, we did not want that for this project. Sure there are similarities and coincidences between both albums (starting with the artwork), but in content they’re different, like two sides of the same coin. Manolo Garfias and I always wondered how some old songs would sound with other drum tracks, so we opted to use the free hours that MCA Studios gave us in compensation for the loss of ‘Claroscuro’ to re-record and remix some numbers from the first 2 records, which were partially recorded and mixed there. All of this was done during the pandemic. 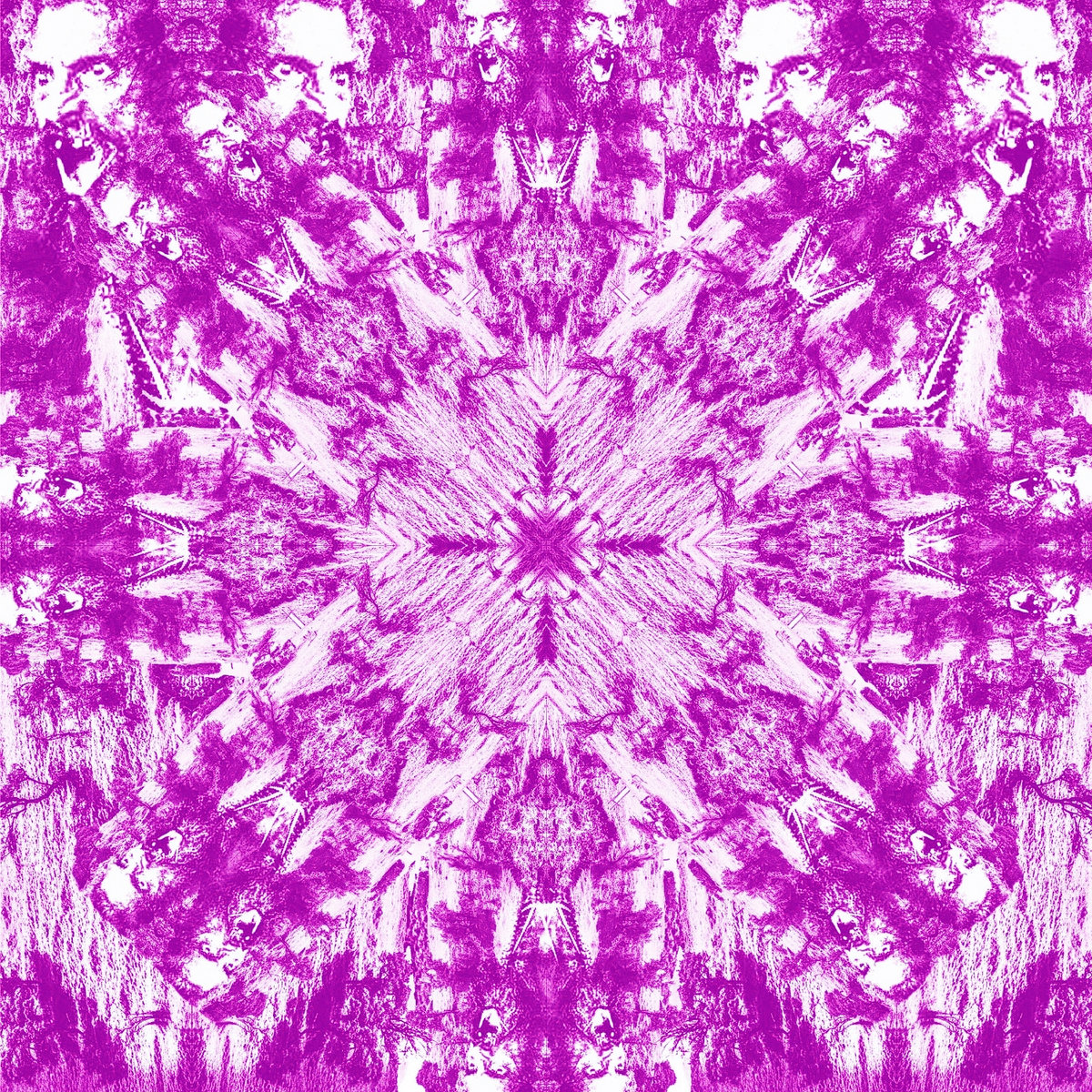 What’s the story with ‘Claroscuro’?

All the basic tracks from that record were lost at MCA Studios and we got aware of this in mid last year when we wanted to remix a couple of cuts for ‘Espejismos II’. That’s why the studio gave us free time as a form of retribution. We end up using a mono version of ‘Umbral’ and an early instrumental mix of ‘Hada Morgana’ that were lying around.

How did you pick up tracks for ‘Espejismos II’?

Manolo and I chose the tracks and I did a few changes in the final stretch. From the start we envisioned this “volume” less eclectic than its predecessor and more oriented toward heavy/hard rock.
Definitely the pandemic was the right time to delve into the past.

And what about five new tracks? Do you feel they represent the current Matus’ state or is it something more universal for you? A kind of Matus’ original essence which remains untouched from the band’s early years?

It was impossible to record new things during the pandemic due to distance and restrictions. The complex scenario pushed us to work with existing material and re-recording as little as possible was our first option. Even that way, things weren’t easy for us as the drum recording session was postponed several times for various reasons. I don’t think these songs represent the current state of the band, they’re just a good selection that examines all the eras and various moods of the project.

How are you active in promoting this new material? I’ve found only this one short review on No Echo, and that’s all. Didn’t you approach any label you previously worked with?

After launching the album through Bandcamp, I sent the link to a few pages here and there, but only a small number reviewed it quickly, which is totally understandable given the high amount of music released nowadays everywhere. By the way, Doomed & Stoned Latinoamérica considered ‘Espejismos II’ a masterpiece. We did not approach any labels because we will release the album ourselves.

Did you release the album in physical format? As far as I know regular post service between Russia and Peru doesn’t work nowadays due to the quarantine! At least it didn’t work when we tried to make a deal with your colleagues from Kranium. I bet a question of distribution is quite tricky in such a situation.

The album will be released on CD hopefully late this month. The second quarantine was quite short and ended the last days of February. I know that some countries like Poland and Brazil don’t allow the entry of mail at this time, but that’s it.

Freddy Alva (No Echo) compares your music with a soundtrack to an Alejandro Jodorowsky’s movie. How do you see Matus’ connection with Jodorowsky’s visuals?

I love Jodorowsky, especially his early 70s films. I think he is quite a character, but I don’t find any connection between Matus and his work, at least not consciously. Maybe Freddy is able to see and hear something that I can’t. Art is quite subjective.

And I remember you didn’t relate Matus’ music to original Castaneda’s teaching as well, and on the other hand you have these clear influences from Lovecraft and some horror movies if we take a look at songs’ titles and lyrics. Where is Matus’ spiritual aspect?

Lyrically I’ve been inspired by many things over the years. There are a couple of tracks related to Castaneda on the first record, so we aren’t complete strangers to the theme. H. P. Lovecraft has been an influence as well as movies like Altered States, Jacob’s Ladder and of course, The Wicker Man. As time went by, I began to find more inspiration in my own experiences and memories, especially childhood memories. The more diffuse, the better. Being the main lyricist, it’s hard for me to talk about a spiritual aspect since I’m not a spiritual person.

You’ve started Matus in around 2005, do you think there was a chance for a breakthrough? Did you have a favorable period which could make a right push for the band and raise it to a higher level?

The band started in late 2005, but it was not until Manolo’s arrival in early 2007 that we started taking things seriously. Throughout the years we’ve had ups and downs. We could’ve released more albums through Nasoni Records, but they dropped us because of a misunderstanding. They were not aware that ‘Espíritus Inmundos’ was releasing the band’s records on CD and our sophomore album ‘Visiones Paganas’ made it to Europe before they released it. I’m sure we could have reached a wider audience in Europe if we’d stayed with them.

Locally, I think we found our niche years ago when the mainstream press took notice of us. It was pretty surreal to see our third album ‘Más Allá Del Sol Poniente’ among records by Susana Baca in end of the year lists of Peruvian music. That would be repeated with ‘Claroscuro’ and ‘Intronauta’.

Do you have any plans for Matus’ future? Or maybe you have other projects on your mind? I remember you did some blackened punk with Throne of the Fallen some years ago.

We’ve an album with new material titled ‘Planetario’ (Planetarium), its recording was interrupted by the pandemic. It’ll be finished as soon as Manolo returns to Lima. On the other hand, plans to put out vinyl reissues of ‘Claroscuro’ and ‘Intronauta’ through Catrina Records – which is a label I run with Manolo and Walo A. Carrillo – are still going on.

I’ve released several records in recent years with various projects very different from each other. The most notable for me would be TRIBU’s first album, which was reissued on vinyl by Clostridium Records and our label.

I’m not aware of the current status of TOTF as it’s one of José Morón’s many babies. José is one of my oldest and closest friends and from time to time he invites me to join a project he’s working on. In fact, we’ve released several titles in the last decade. As a musician, I’m always trying to be as versatile and diverse as possible.

I don’t remember if I’ve heard about TRIBU before, may you reveal more about it?

TRIBU (spelled in capitals) started in late 2016 after a trip I did with multi-instrumentist and singer Yazmín Cuadros to Chavín de Huantar, one of the most important archaeological sites in Perú. We recorded a batch of songs during 2017 and released an album titled ‘Círculo’ the following year, which was reissued on vinyl in 2019 by the above mentioned labels. The music covers a wide range of styles… folk, rock, tribal, kraut, shoegaze, world music, all weaved by psychedelic fibers.

At least it’s good to know that Matus’ story isn’t over yet! Thank you for the interview Richard, I hope we’ll have another reason to speak about Matus sooner or later. Good luck!

Thank you very much for your unconditional support over the years, Aleks. It’s always a pleasure to talk to you.