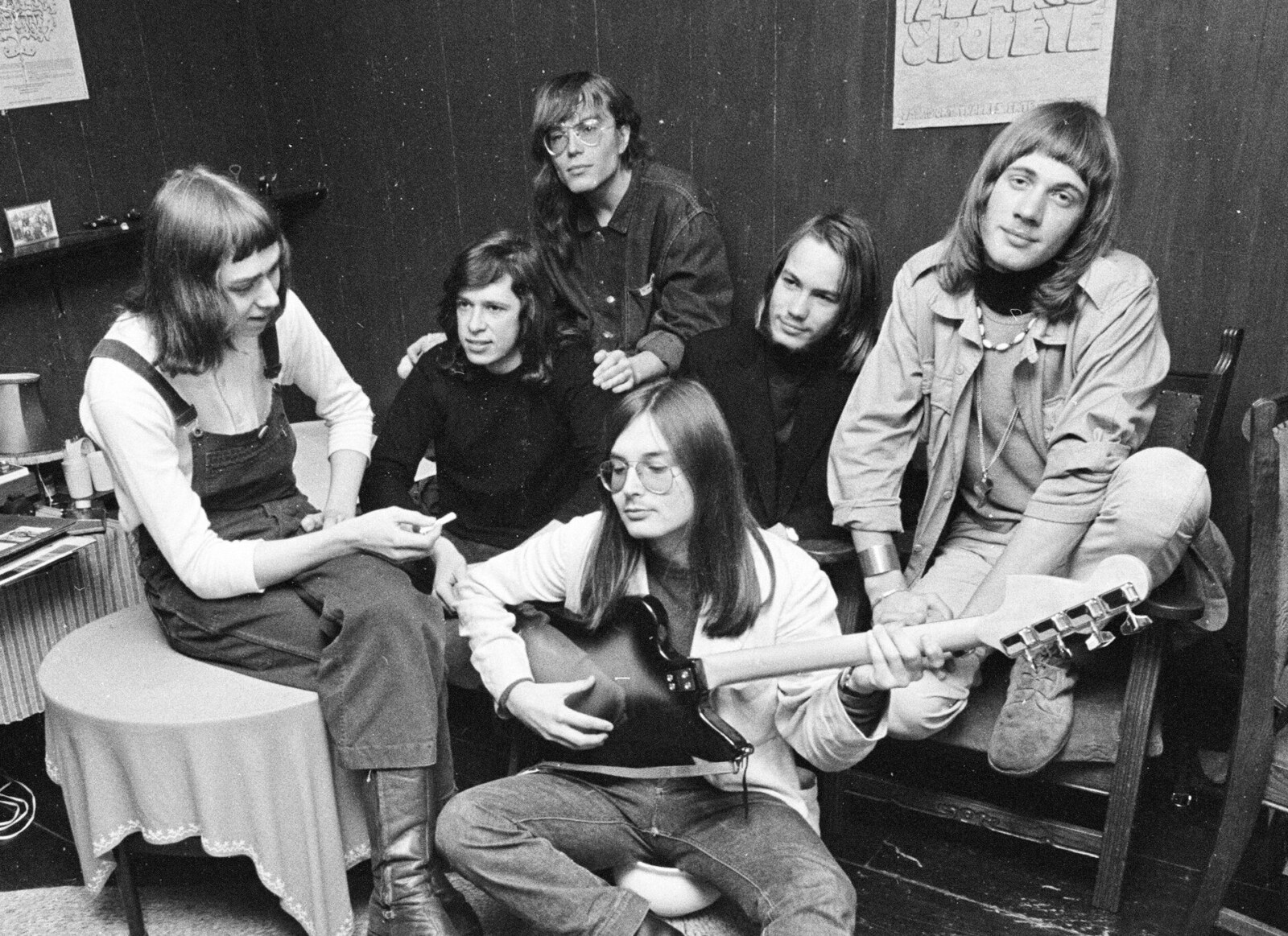 In the spring of 2016 I was wandering around on the dark side of YouTube and I discovered a band called Surprieze, they released one album in 1973 called ‘Zeer Oude Klanken En Heel Nieuwe Geluiden’ (Very Old Sounds And Very New Sounds). I was intrigued by the music to say the least, I’ve never heard anything like it.

When I did some research, I found out that the band was from The Netherlands (I am too), from Breda to be precise. There was little information to be found​.​ I knew that the man behind the album was called Ed van der Meer and I’ve read something interesting about what he did back in that time. Apart from that, I couldn’t find out what he has been up to for the last 40 years. I thought it would be interesting to find out if Ed is still alive and try to interview the man behind the music. Immediately I thought of It’s Psychedelic Baby! Magazine, and I asked Klemen Breznikar if he would like me to start the search for Ed, he was enthusiastic about that.

After some failed attempts, I contacted one of his former band mates from Slack Gang, and received an email with Ed’s address and phone number! I tried to call him but the phone line was dead.​ ​I sent a letter to him, explaining what I was up to and added my phone number. A while later he called me back and we talked for hours, about pretty much everything. He explained to me that he didn’t feel like doing an interview because of personal issues. Over the last couple of years we kept in touch with each other, we called each other once or twice a week and developed a good relationship. Although he still doesn’t want to be interviewed, he recently proposed he would write a biography that I could translate and could be published by It’s Psychedelic! Baby Magazine.

Here is the result:

In 1966 I started a blues band with some guys, we called ourselves ‘Slack Gang’. I was 19 years old and the others were around 16. We were quite successful in café’s, at school parties et cetera. At that time, blues was experienced as progressive, especially in Brabant (Dutch province).​ ​Dixyland was the norm and we were the only ones playing blues in Brabant at that time. In 1967 we played at the Holland​’​s Blues Festival in The Hague together with some bands from The Hague and a duo called ‘Indiscrimination’, consisting of singer Nicko Christiansen and harmonica player John Lagrand, who later went on to form Livin’ Blues. I was a singer and harmonica player and we played songs from John Lee Hooker and Muddy Waters. After 3 years, the other guys wanted to move towards pop music, influenced by, among others, Pink Floyd. Raoul Röring became Slack Gang’s new singer.

Now I was alone and had no band. I left home, my mother was a widow and couldn’t handle the upbringing. It was called a generational conflict at that time. I had a brother who was 4 years older than me and a sister who was 2 years older than me. All three of us had a neurological disease, which had been shown to be genetically hereditary.​ ​I was 20, 21 years old and lived alone in a room. I had an old guitar with 3 strings on it. I was playing it and noticed that I played some oriental sounding sounds. I never listened to oriental music, so that couldn’t be the reason for it. I did have a grandmother who came from Poland, so that is the only explanation that I can think of.​ ​​I was saving money for an electric guitar (Hagström, pretty affordable) and bought a second hand WEM Copicat echo machine with a turning tape. When I was younger, I loved The Shadows, the most popular guitar band in The Netherlands, they used a lot of echo. All bands in The Netherlands played songs from The Shadows with Cliff Richard, in the early sixties, just before The Beatles and The Stones became popular. We also had a lot of Indorock bands in the early sixties.

Jacques van Poppel, a violin player in Breda, rang my bell and that’s how we became a duo, playing in café’s and also two times in Paradiso (Amsterdam’s pop temple). The sound of Surprieze was born, although we didn’t know that yet. We played oriental, free, hippie music, without a drummer. I met Adrie Heeren in a youth centre in Breda, he had an experimental way of drumming that did something to me. Upstairs in that building (an old school building), we recorded the songs for the Surprieze album. We were joined by a French clarinet player, the “bombarde” from Bretagne.

The recordings were made with a simple Sony home-recorder, with one or two microphones, by John Zwarter, a friend that worked in a record store in Breda. I also recorded some solo songs, ‘Zoen Zoen’, ‘Just The Blues’ and ‘Harp Blues’, recorded by Raoul Röring and John Zwarter. I discovered a company that would press 500 LP’s for 2000 guilders. Another friend, Kees van Golde, helped me with the sleeve, especially the printing. At that time I received a social assistance benefit due to psychological problems, I had outpatient care with a psychiatrist called Dr. Zeven. I decided to save 100 guilders per month, so after 20 months I had enough money for the production of the LP. I already had a photo of a fairground attraction called “Twister” that I made in 1965. I used that photo for the album cover. The LP Surprieze was born in 1973. I lived in Breda together with Henriëtte Hilt, who has supported me immensely and I could also visit her parents. People think that it was easy for me to pay for the album production because I’m from a noble family, hereby I want to set that straight. I sold the album privately to people for 10 guilders a piece. It was also for sale in a record store in Breda and it was played on the radio. After a while I didn’t want to go on with the idea of Surprieze anymore. I started to focus on blues again and also on jazz-rock, which started to become a thing at that time. I played in a band called Surprise, my relationship with Henriëtte ended and around the age of 30, in 1977, I moved to Utrecht. I took therapy in Ede-Wageningen for two months. I had a room in the city centre of Utrecht, near the Janskerkhof, where a little theatre was located. It was called Theater Kikker and I visited a jazz session there. I gained social contacts and met a girlfriend, Odil Rijken, a good and intelligent person. We lived together for two years. In Theater Kikker, I also met the people that I formed the band ‘Blues Excuse’ with.

I’m 74 years old now and I have a lot of blues and jazz-rock recordings, from the period 1979-1999, that I would like to release. Jacques van Poppel is helping me with that. I’ve done volunteer work for years in Utrecht, including work for a blues club. Ed van der Meer de Walcheren (Adriaan). I would like correspondence via Barend Kemper, he is a music fanatic and the one who approached me.

Headline photo: Slack Gang | Ed van der Meer is sitting in the back