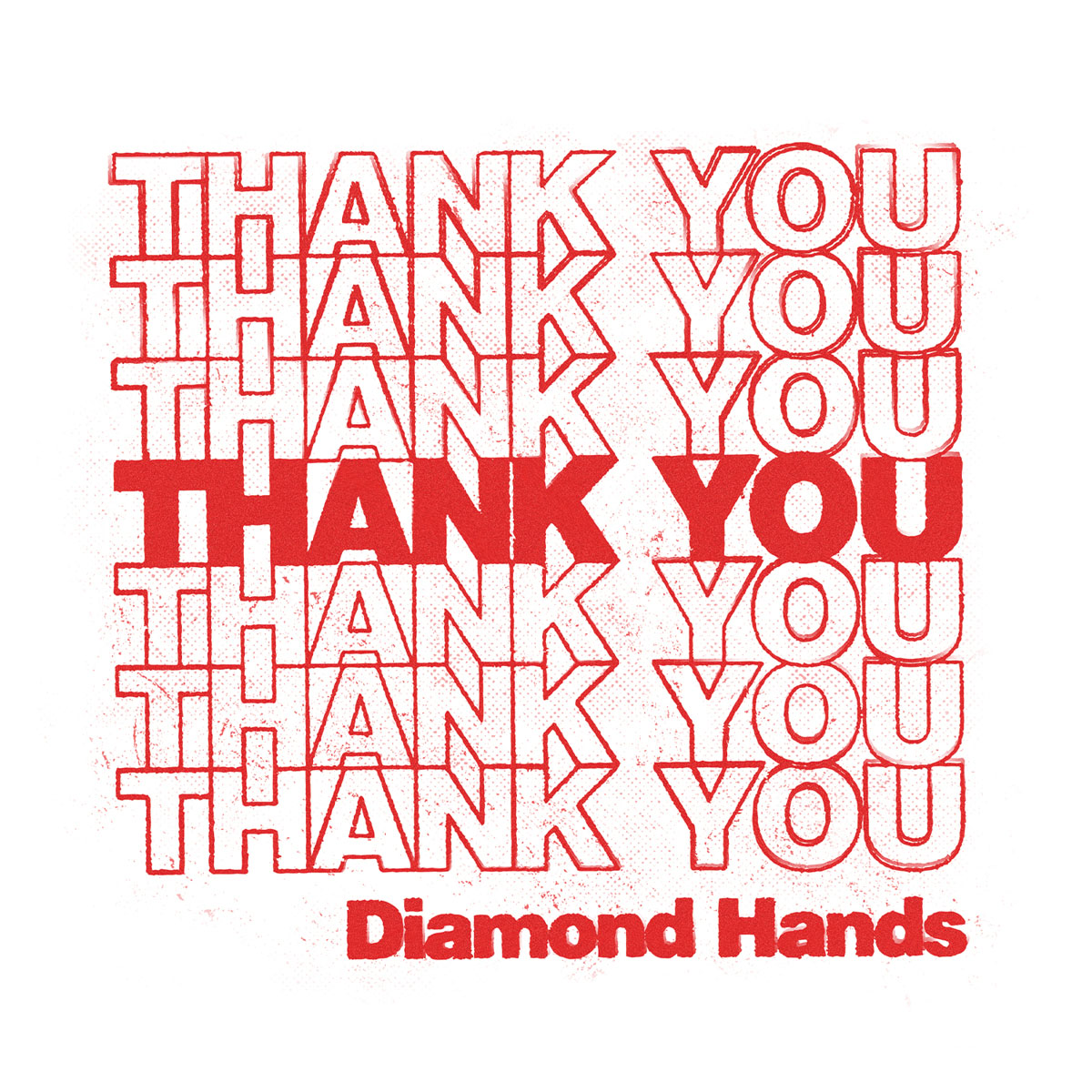 A two man band consisting of Jon Flynn and Joel Wall, Diamond Hands gained an instant fan base upon releasing their debut album back in 2016. After all, what is there not to like about garage pop songs loaded with catchy hooks and harmonies?

Here on their fourth album, ‘Thank You’, Diamond Hands still hangs tight to the melodic aspect of their prior work, but added weight and dimension is evident, as the tracks are more expansive and layered.

Shaking with volume and raw energy, ‘Ziggy’ lets loose a barrage of penetrating guitar stunts and paralyzing distortion lifted straight from the book of Neil Young and Crazy Horse. Then there’s ‘The Magazine’, which is navigated by breathy vocals spiced with a hint of seductiveness and is bathed in a shimmering psychedelic glow.

A twin influence of new wave and shoegazing seems to prevail amid the album. Tidings of shifting rhythms, jangling guitars, bubbling keyboards,  dreamy atmospherics and a dab of quirkiness are indeed noted characteristics. Listeners will immediately take a shine to the mesmerizing sparkle of ‘She’s An Alien’, along with ‘Everybody’s Wrong’ that jogs to a swinging groove.

Another particularly strong number is ‘Out Of My Head’, which is completely different than anything else on the album. Siring images of swaying palm trees parked on crystalline beaches, the beautifully crafted piece is laced with Hawaiian seasonings.

Aside from the previously mentioned  inspirations, echoes of Big Star, Teenage Fan Club and REM crop up in certain places. So if you are into these bands, you are absolutely guaranteed to love this album.

Props to Diamond Hands for swimming beyond their comfort zone, embodying uncharted waters and obtaining artistic success. Oh and by the way, the album is titled ‘Thank You’ because Diamond Hands thanks those who have supported their efforts throughout the years and continue to do so.