The story behind this ethereally blissful album is that the space capsule Valium Aggelein drifted off its planned orbit, ebbing into uncharted regions of the cosmos, beaming back these haunting lost transmissions, letting anyone interested, anyone paying attention, know that they were still out there and alive, and though lost, seeming to be doing fine.

Released on coloured vinyl, remixed and remastered from the original sixteen track analog tapes that were laid down in 1998, the album has enveloped an additional fifteen tracks, creating a hypnotic hazed bit of slowcore, that’s mesmerizing, yet in the same light very matter of fact, laced with tracks that sound repetitive and low-fi, enhanced by dreamy vocals that don’t really belay a story, simply adding to the wasted effect, causing me to ask “What’d you say?” right out loud.

With French composer Claude Debussy once famously saying, “Music is the space between the notes.” While I’m not absolutely sure what that means, Valium Aggelein, seems to be embodying this philosophy more than any of its 1990’s slowcore counterparts. If anything ‘Black Moon’ creates a wasted expanse of music designed for barbiturate use, where one’s agenda is to drop twenty milligrams of diazepam, fall back and into your couch, letting this album be the atmospheric soundtrack for your wasted day. It’s all very low tempo, where I’d be remiss to suggest it’s anything but a rather nice presentation, though aside from habitual drug use, I’ve no idea where or when I’d play this outing, as merely listening to it is akin to petting your cat while it’s asleep on your chest, causing one’s eyes to give themselves over to cat-density and in turn falling fast asleep as well. 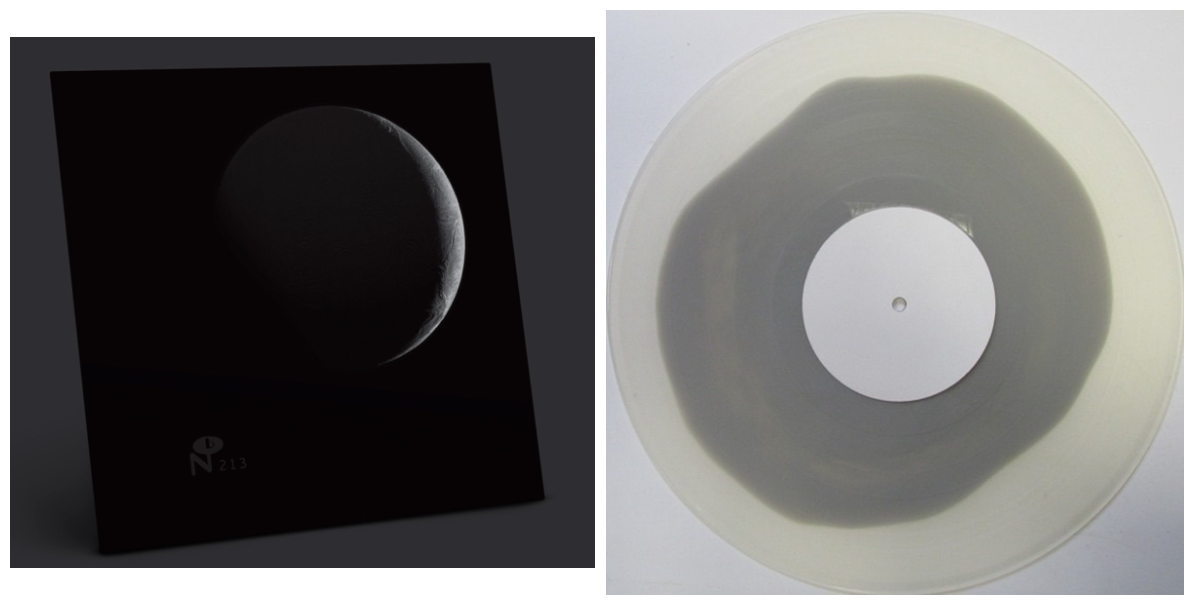 This mildly (in it’s way) psychedelic record constantly ebbs and flows like slow even labored ripples across a dark pond that go nowhere, with the music encompassing evenhanded melodies backed by rapid eye movement fuzzed and seamless guitar strumming, yet even with the music swirling around me, it offers no warmth or emancipation … only effects, rather than affects. That said, the record is not worthless, nor is it a masterpiece, it simply exists in the space one uses it for. Yes, the album certainly oozes, sounding for all the world to be just what one would expect from Duster (Valium Aggelein is a Duster side project, thought that leaves me to ask “Why does Duster need a side project?”), though with a bit more opiated intoxication.

(With a smile) ‘Black Moon’ is the sort of album that garners your attention, though one day you’re gonna pull it out, wondering why you haven’t played it in years, where before the first song is over, you’ll remember, thinking “No, I just don’t wanna go here right now.”

*** The Fun Facts: Valium is a medication of the benzodiazepine family, used to treat a range of conditions such as anxiety, given one a delightful sense of well being.

As to the term Black Moon: The most common and widely accepted definition of a black moon is a second new moon that occurs during one calendrical month, which definitely explains where it got its name from. To make things simple, it’s essentially the opposite of a blue moon. With the moon indulging in a little more alone time than usual, it’s a month full of more pitch black skies than usual. This is a relatively rare occurrence and it only happens about once every twenty-nine months. If one is a follower of lunar spirituality, the black moon amplifies the cleansing energy of a normal full moon, dragging your deepest strengths and desires to the forefront, uninhibited.