Obviously the hit from this album is ‘Mind Flowers’ by the wasted Ultimate Spinach, a drug bathed band from Boston who came into being in 1967, at the apex of the psychedelic musical experience.

Ultimate Spinach were not at all like the Jefferson Airplane, nor did they have the hard edges of the 13th Floor Elevators, designing their sound to flower during the heyday of the Summer of Love, creating a floating dynamic musical soundscape to not so much alter one’s lysergic experience, but to enhance that inner journey, all while keeping pace, or perhaps setting the pace for the floor that was shifting under one’s feet, along with the ceiling that was floating away, leaving listeners lost in the matrixed air they were breathing.

Ian Bruce Douglas was the singer and instigator of Ultimate Spinach, played over ten instruments of the album, claiming, “Ultimate Spinach is mind food,” which to my way of thinking, just about explains everything.

Their first self-titled album is not considered a psychedelic classic, yet it was this, their second outing that would define the band and brought them a wider albeit unhinged listening audience. 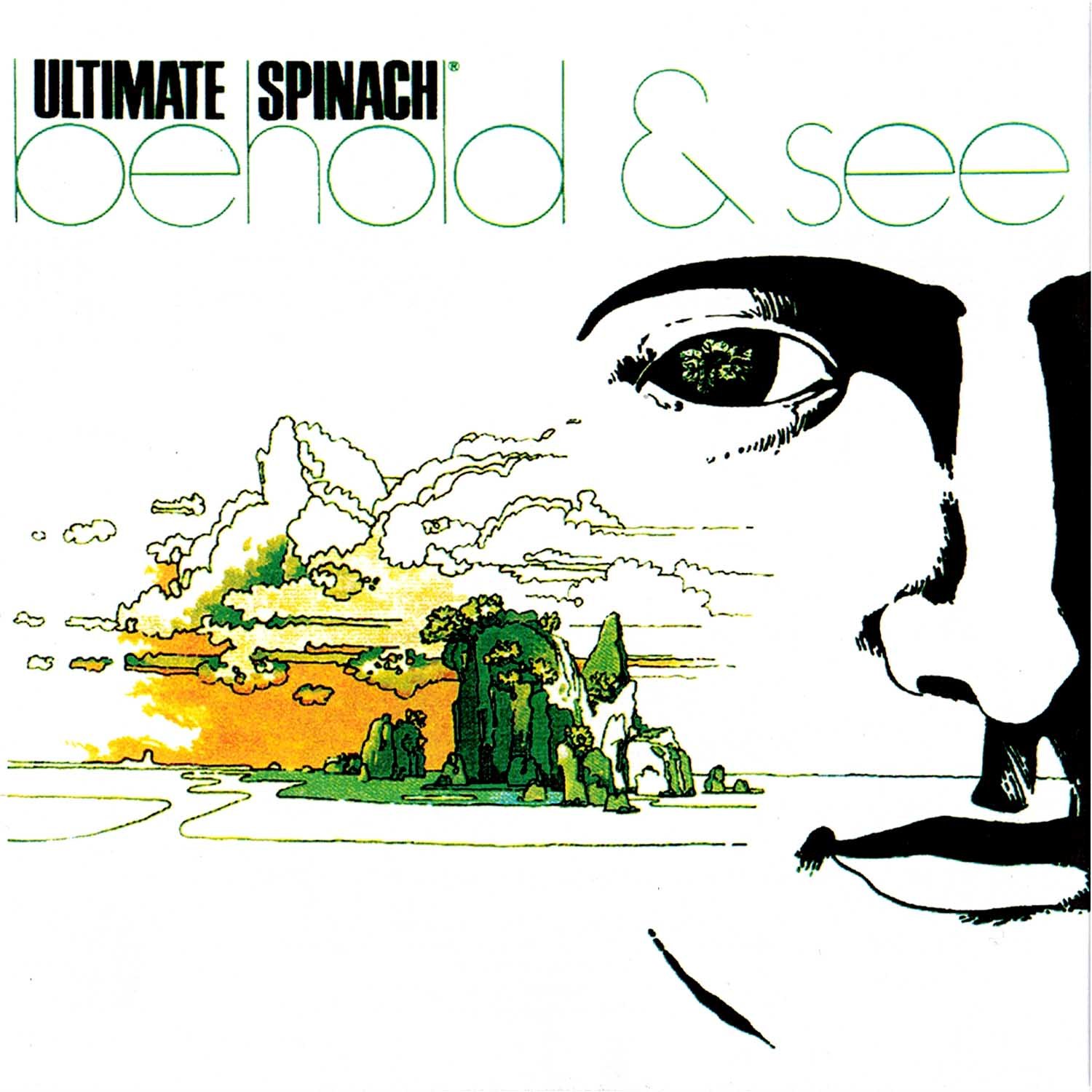 ‘Behold & See’ may come across as a muted variant of the band’s debut, nevertheless it continues to push those psychedelic boundaries; with all of the appropriate effects and affects one could hope for. It was a strange time for nearly everything, with ‘See & Behold’ being the product of arranger Alan Lorber, who wanted to take things to the psychically next level, to physically create a music scene in his home town of Boston. While the Monkees had proved that you could manufacture a band, Alan wanted to manufacture an entire scene, where at the center would sit Ultimate Spinach. The prime bands that were maneuvered into and onto this conceptual cosmic plane were Orpheus (a band who faked/scammed themselves into being more popular than they actually were) and Ultimate Spinach. The results tended to be overly, though sincere psychedelia which borrowed far too heavily from the West Coast scene at the time, where despite the pretentiousness of the approach and the featured ideas, there is still much here for any psychedelic fan to enjoy … even though it’s said that San Francisco bands despised them.

*** The Fun Facts: As to the band’s name, Douglas says, “One day in 1967 I was in my room tripping on some really pure LSD. I started looking at myself in the mirror and my face was doing funny things. I had a bunch of colored markers I used to draw with. I grabbed a green one and started drawing all these psychedelic designs on my face. When I was done, I looked at myself and said ‘Whoa! I am ultimate spinach. Ultimate spinach is me!’”