Born out of too much free time during the first pandemic peak, drummer of Kombynat Robotron and Earthbong, Tommy Handschick, created an alienated collage of sounds and noises with different instruments and objects. Build with up to 30 layers, each part slowly evolves and moves on into the next part and paints a diverse range of abstract musical pictures. Tommy took his time to collect and record the sounds he had in his head. Some of them were just there, some of them had to be created by experiments and unconvetional use of acoustic and electric instruments as well as fx pedals. By using a lot of gear in unconventional ways and putting already recorded sounds through fx loops he managed to create sounds that doesn’t sound like the things they originally came from. 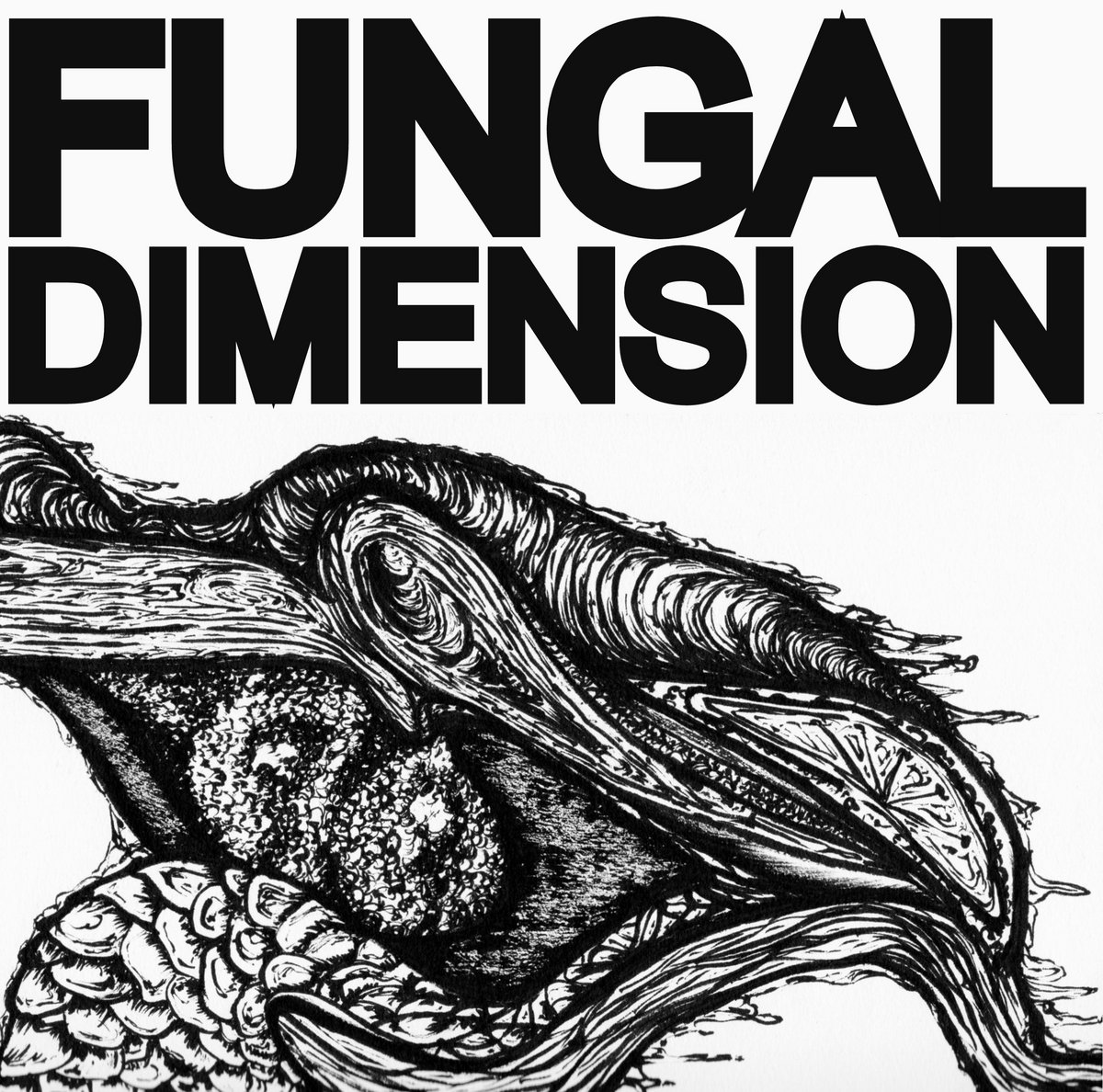 Driven by the will to create something that he’d like to listen to, Tommy spent countless hours alone with these sounds to arrange them and give them a subtle structure. Tommy’s dedication for experimental sounds and atmospheric music shines through this album. Without much knowledge about recording technology and software, just with one microphone and an open mind Tommy Handschick opened a door that leads towards the Fungal Dimension. This self-titled debut a Lo-Fi work of sound and feeling, the record reveals it qualities in a pure crackling form. Both tracks are inspired by the longform percussion drones of bands like Vibracathedral Orchestra, Ashtray Navigations and even The Necks. Handschick tries to lead the listener into his own imagination. This is not an easy listening experience but a stream of strumming, droning, rustling, chaotic noise. This is some pure and great art.