‘Tigers as Friends’ by Panaviscope

‘Tigers as Friends’ by Panaviscope

Exclusive video premiere of ‘Tigers as Friends’ and an interview with multi-instrumentalist Panaviscope.

Alex Duloz (aka Panaviscope) is a multi-instrumentalist who lives in Geneva, Switzerland. Having studied at the California Institute of the Arts, Alex is also a visual artist who creates his own visuals and video clips. Today he releases a new stunning music video for single ‘Tigers As Friends’. The song is taken from his upcoming debut album ‘Like The Sun’ to be released on November 6 in CD, LP and Digital formats via label How Bad Pretty Bad Records. 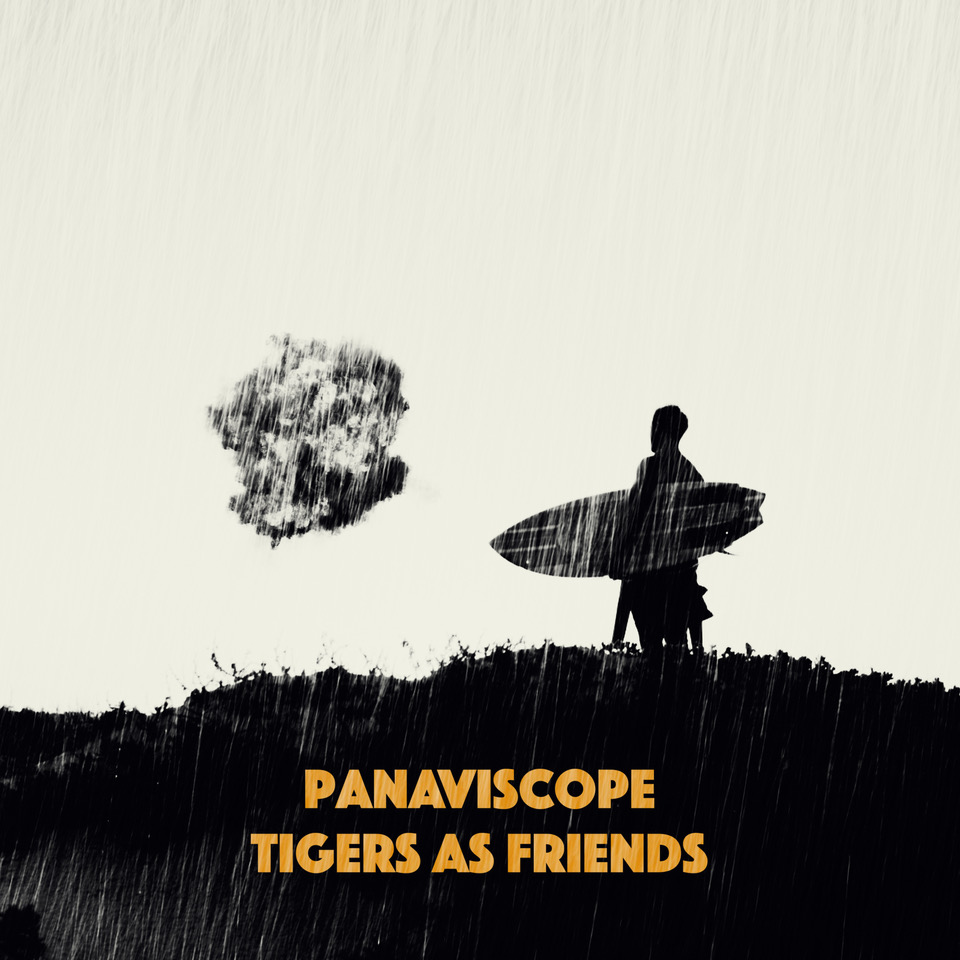 Alex Duloz talks about his upcoming album in the following interview

I created the video for ‘Tigers as friends’ at a time when I was tired of the intellectual environment that surrounded me. The idea of waves came to me quickly. The surface we see and what’s hidden beneath. The sheer beauty and brutality of the ocean. People surfing, swimming away from the coast, constantly brought back to it, with the additional fun of riding a wave. I don’t try to overthink what I’m doing. I played ‘Tigers as friends’ over images of the ocean and it instantly felt right.

The track ‘Tigers as friends’ is in many ways a poetic reflection on the failure of information in our day and age, the failure of reaching an objective truth. In this song, tigers ‘talk as friends’, telling you what to believe and what to think. Though a rather contemplative piece, at its core it’s a virulent critique of how the various sources of information we are exposed to – or at least, most of them – constantly try to hack our minds instead of merely providing neutral facts, like tigers ever-ready to eat our critical thinking alive. 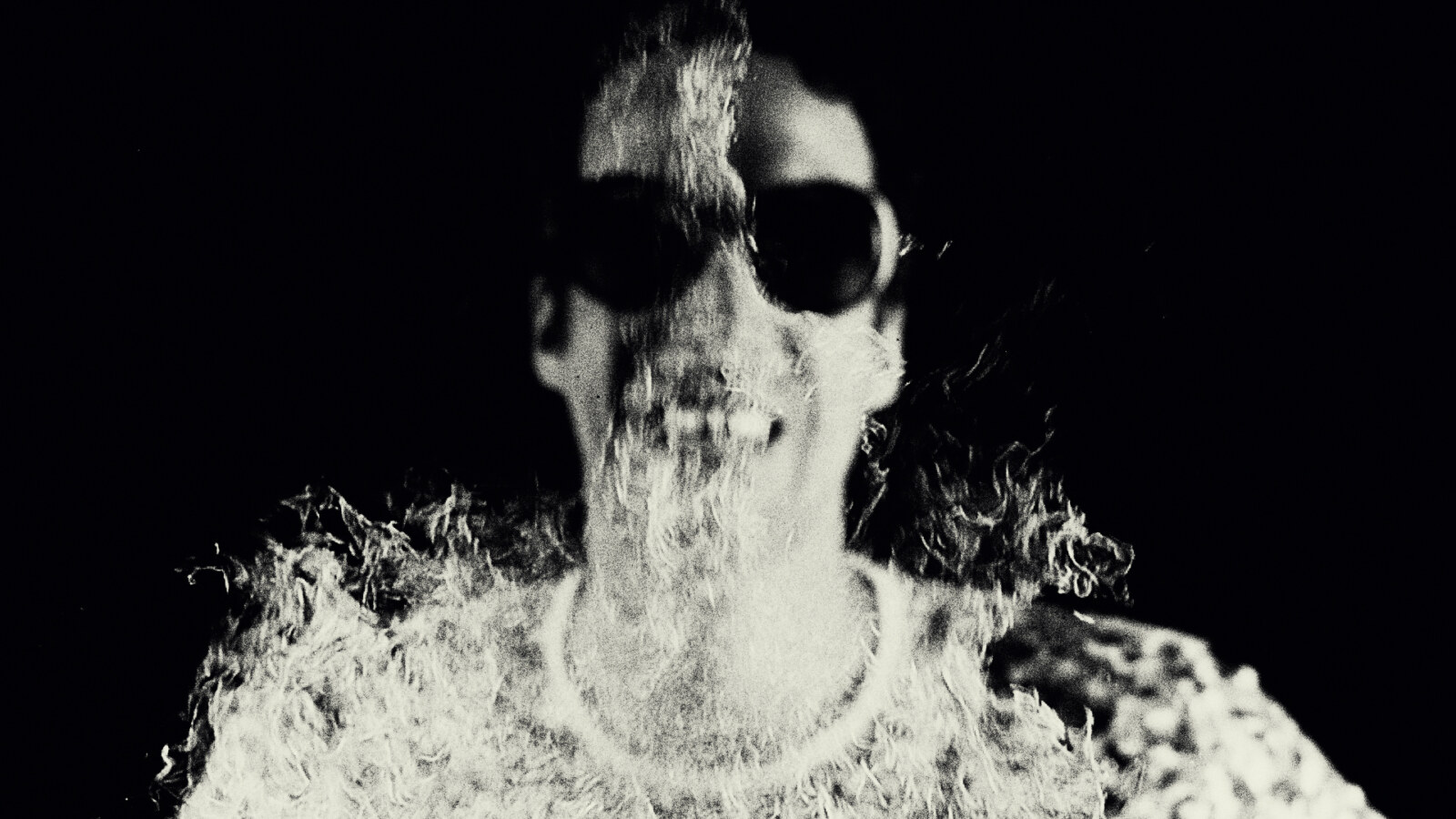 How did the Panaviscope project come together?

I’ve been recording music since I was a child. Whatever recording device ended up in my hands (and there have been many of them), I would use it to create multitrack songs in my bedroom. As I got older, my friends were always telling me to release my tracks. And I finally did. One day, it finally felt like my music was ready. A song from my first EP—the track ‘Kiss yourself to death’—got picked up by Swiss national radio as well as various indie radios. This experience motivated me to release more tracks and leave my bedroom for good.

You’re releasing a new album. Would you like to share a few words about the creation process?

I wanted to make this first album as exciting as possible. I’ve watched a lot of Tony Ferguson’s fights (Tony’s a mixed martial artist), and I’ve always been amazed by his ability to constantly switch from one movement to another so fluidly. I tried to create the same “excitement” in my music.

“My music is a constant work in progress.”

Would you say it’s a development of your debut EP?

Absolutely. My music is a constant work in progress. For me, the release of my first album in November 2020 is just one step in a longer journey: Starting in January 2021, I plan to release one new track every month for the whole year so that listeners can follow my experiments. Then, in 2022, I plan to record and release my second album. Each new project builds on the previous one.

What’s the story behind the making of the “Tigers as friends” video?

I recorded the “Tigers as friends” video at a time when I was fed up with the intellectual environment around me. The image of waves suddenly came to me: The contrast of the surface we see and what’s hidden beneath. The sheer beauty and brutality of the ocean. People surfing, swimming away from the coast but constantly being brought back to it, with the added fun of riding a wave. I played ‘Tigers as friends’ over images of the ocean and it instantly felt right. I try not to overthink what I’m doing.

Fat and heavy (lots of distorted 808s), yet subtle and dreamy (lots of Mellotron and soft vocals).

Do you currently have any side projects on the go?

One side project I had started was to write a series of French pop songs, but in the end I decided to merge it into Panaviscope. My mind tends to get a bit all over the place, so I have to watch out for the temptation of the “side hustle” lifestyle to keep my sanity!

How are you coping with the current situation in the world?

By disconnecting as much as I can. The track ‘Tigers as friends’ is in many ways a poetic reflection on the failure of information in our day and age, the failure of reaching an objective truth. In this song, tigers “talk as friends,” telling you what to believe and what to think. It’s quite a contemplative piece, but, at its core, this song is a virulent critique of how the various sources of information we are exposed to—or at least, most of them—constantly try to “hack” our minds instead of providing neutral facts, like tigers ever ready to eat our critical thinking alive. 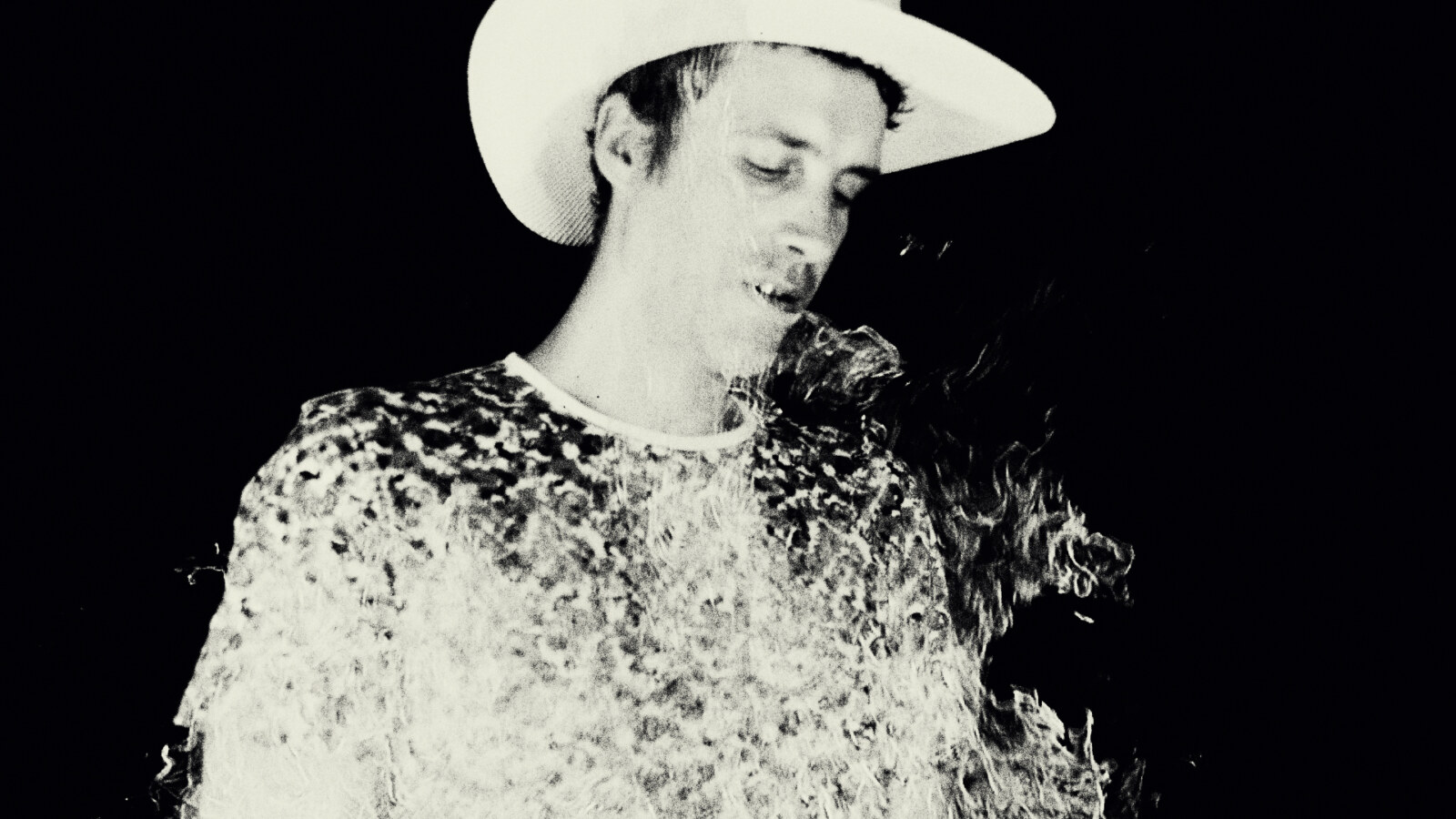 As a multi-instrumentalist, how do you usually approach music making?

I love starting with piano and voice or guitar and voice—one of these two combos. I quickly record a verse and a chorus. Then I start playing with the sounds . And once I can no longer recognize the starting point of the track, I commit to going back to the original vibe. This process is very creative and tends to generate quite a few different songs. My job is then to pick the right version of the track and see it through to its final production. Sometimes I’ll start with an R & B version of the song to produce the vocals. Then I delete all the instrumentals, keep only the vocals, and start rebuilding the chords and percussions around the voice.

Name some musicians that have a big influence on you.

John Frusciante is definitely one of the biggest influences I can think of. His work on ‘Blood Sugar Sex Magik’ is pure genius. I’m also hugely inspired by Kurt Cobain’s simplicity and by Trent Reznor’s complexity. The first half of the 90s is incredible, as far as music goes. In my opinion, it can only be matched by the second half of the 60s. Just look at all the classics released between 1992 and 1993.

What plans do you have for the future?

I recently forced myself to stop listening to music produced after 1950. I’m trying to spend a few months free from any external influences—or new influences, at least. It’s pretty hard to be honest; it’s like a diet. The decision imposes such a discipline. As for 2021, I’m going to treat it like one long training camp to develop my style further. 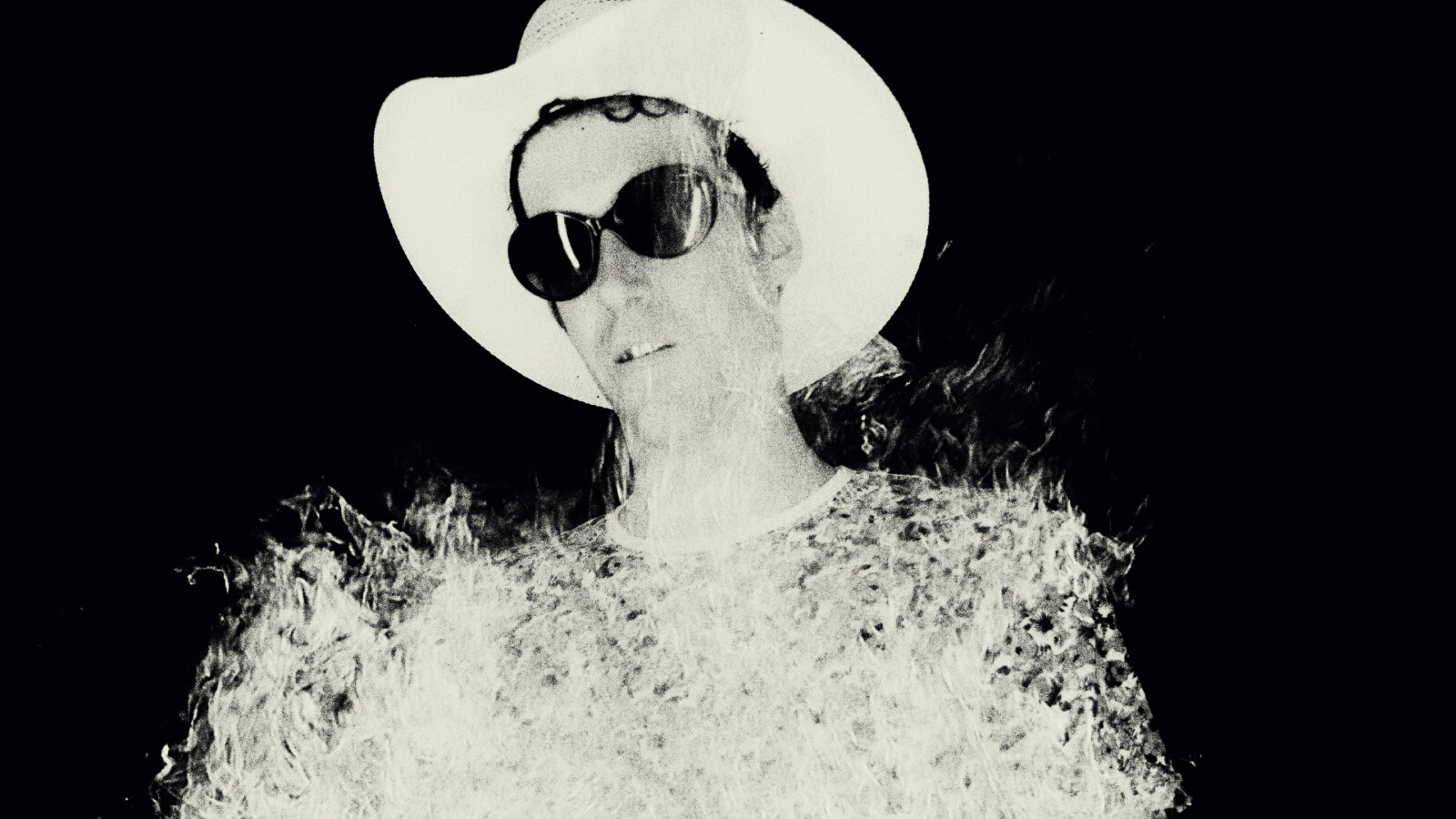 Thank you. The last word is yours.

Thank you for reading my thoughts on my new song and my first album! The Swiss scene is pretty cool. Here are a few Swiss musicians I like: Camilla Sparksss, Verveine, Shuttle, The Animen, and all the artists signed by the labels Cheptel Records and Le Pop Club Records. Very good stuff! 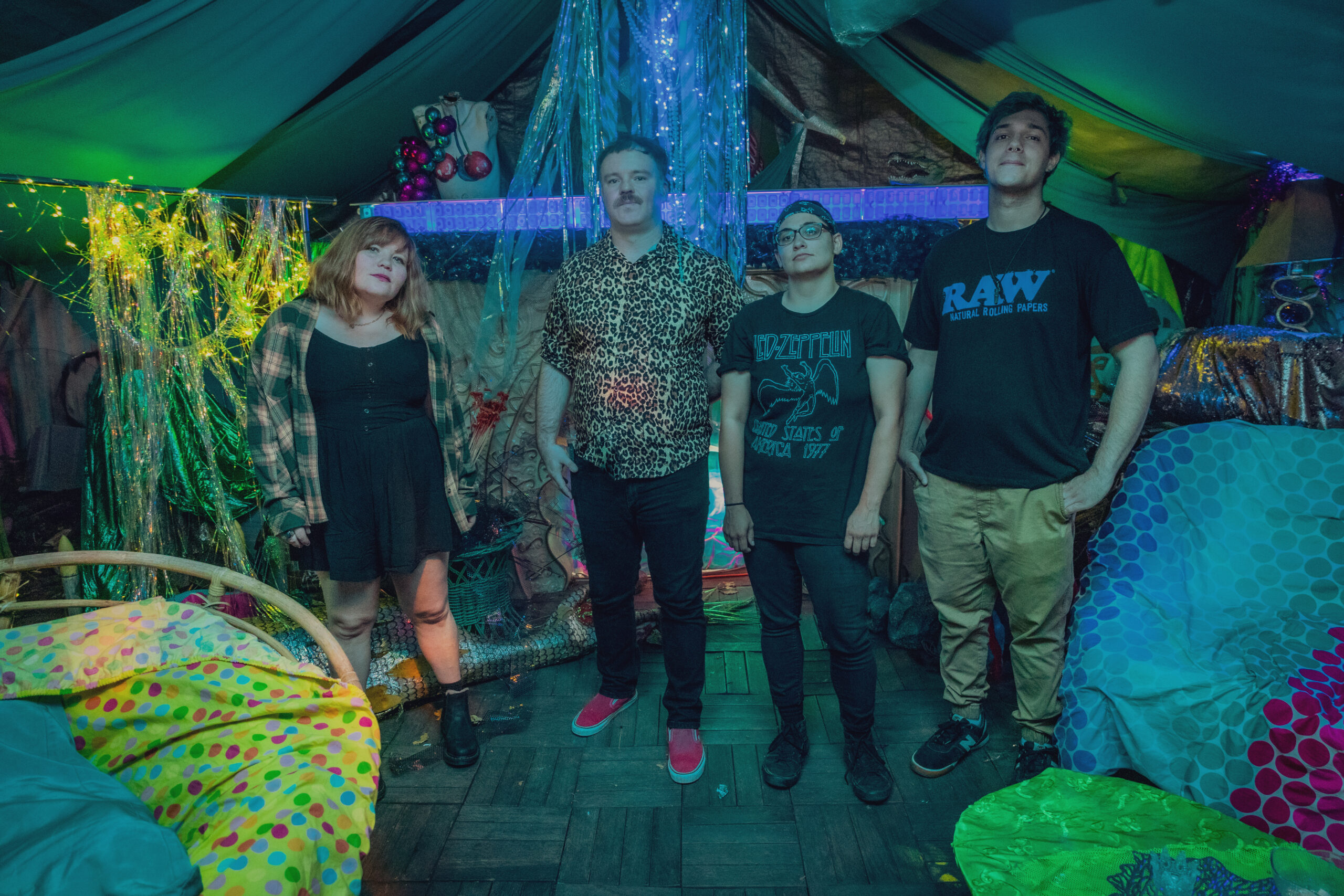 ‘Better View Desired’ by The Tin Can Collective 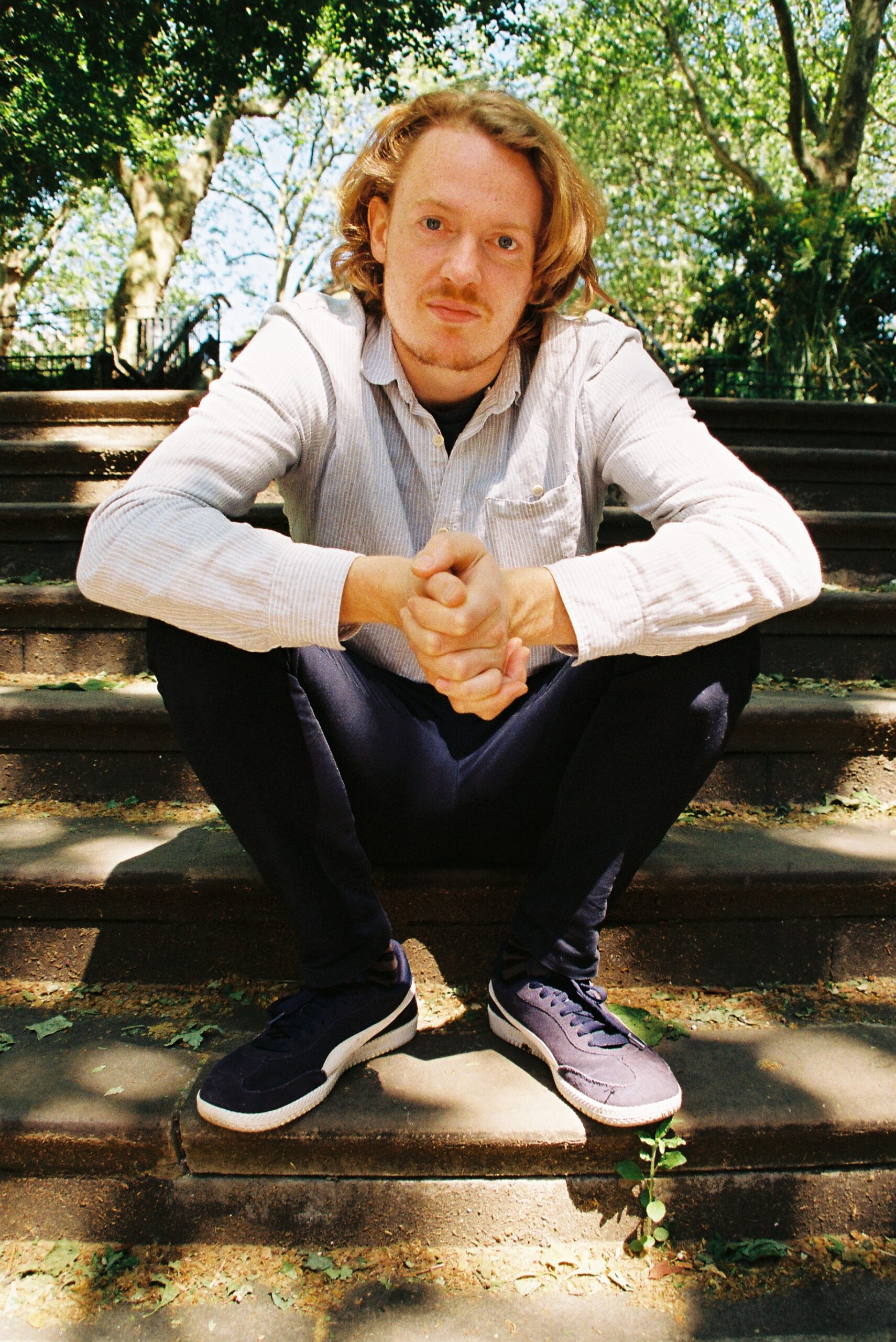