Exclusive album premiere of ‘Shapes & Traces’ and interview with Skyminds.

Their new album ‘Shapes & Traces’ was created over several years, and it will be released July 7th via their collaborative new imprint, Internal Rhythm. Here’s a deeper look into the people and the processes behind the album.

Skyminds is the collaborative musical duo of Sean Conrad and Michael Henning, hailing from Oakland and Berkeley, California. They met at a DIY house show in 2009 and their friendship grew organically over a few years, as part of the local Bay Area music scene. They started casually collaborating in 2014, and within a year, their music-making sessions had become a weekly ritual. There are lots of musical inspirations behind the sound of Skyminds, especially ambient music, international/world music, psychedelic rock, jazz, folk, and various strains of electronic music. Due to this eclectic patchwork of influences, their music isn’t easily classifiable as any one of these things, taking elements from all of them and blending it all together into their own unique hybrid musical expression. 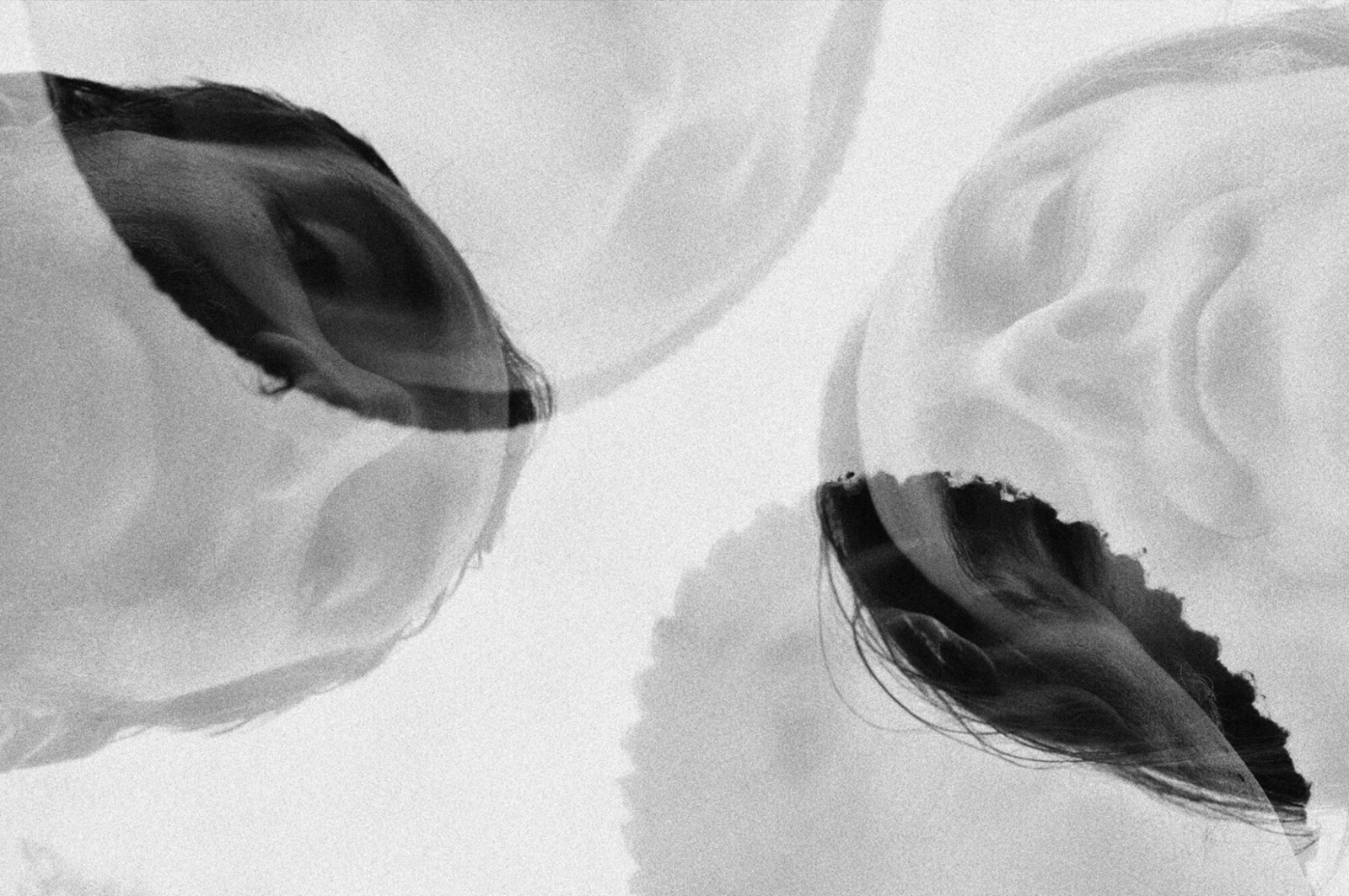 Your new album ‘Shapes & Traces’ has a lot of different areas that it goes to sonically; what do you feel is at the core of these songs that makes them belong together on an album?

We love that we are able to explore so many different ideas and textures in our music. We want each release to be a journey that takes the listener on a sonic trip… and part of that is making sure that each successive track builds upon the previous one and offers a new dimension, both sonically and stylistically. When considering what makes an album work well for us, it’s also important to not have multiple tracks that sound too similar to each other. This particular album has been in the works for a while now, and we’ve envisioned all seven of these tracks as a specific album for at least the last two years. We did end up subtly shifting the order of a couple of tracks a few months before we finalized it, but it’s still basically the same pieces that make up the unified, balanced album that we first envisioned a couple of years back. Ultimately, we want the whole thing to follow a certain kind of arc and be a cohesive musical experience, filled with evolution and variety. And in the same way that a film might tell a story, we hope that our albums inspire a personal auditory adventure for everyone who listens to them.

How does improvisation inform your work on ‘Shapes & Traces’?

Improvisation is a major factor in pretty much all of our work on some level. We try to do as much as possible with both of us playing simultaneously, since it helps to make the pieces feel more exciting and interactive, and we also generally try to avoid looping stuff when possible since it makes tracks feel more human and interesting if it’s not just the same four bars of something repeated over and over. Most of the instrumental parts on this album were created on the spot while recording, and even some of the vocal elements were improvised initially, even if we might later go back to flesh those out a bit more. Ultimately, at pretty much every point in the process, improvising is a huge part of what we do. 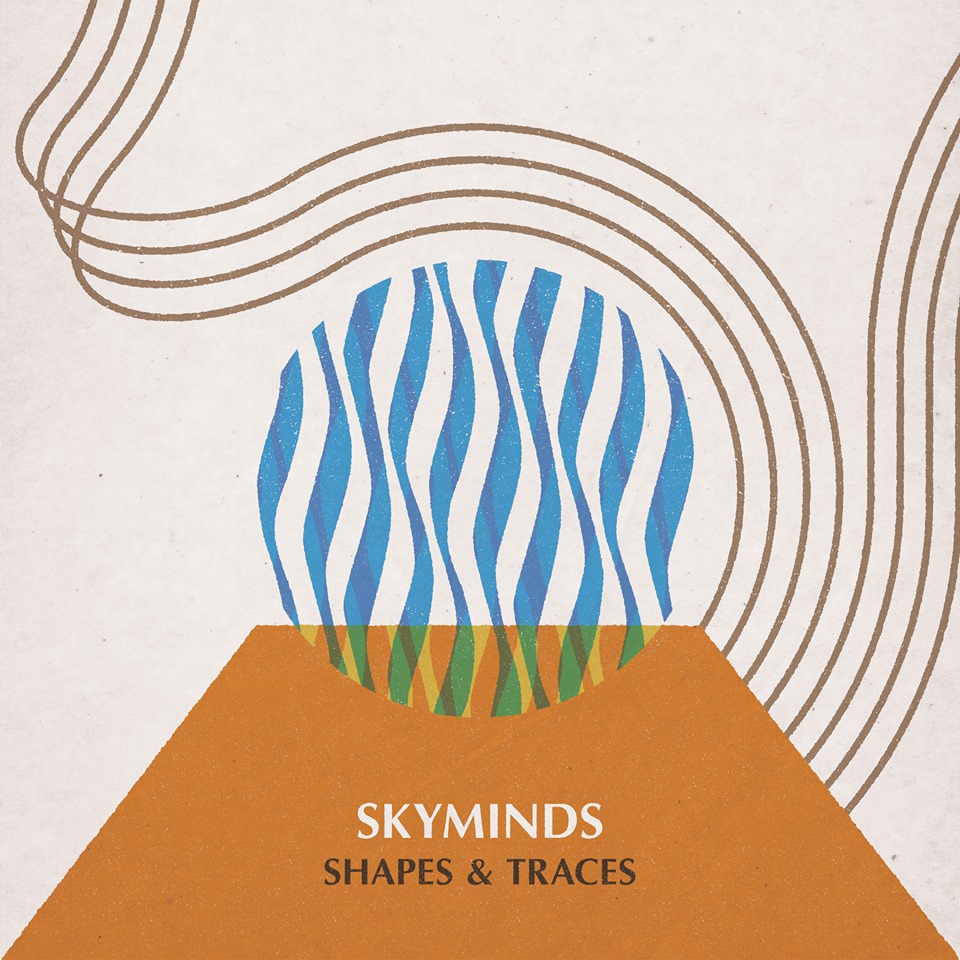 How do you start a new piece, and how do you know when one is finished?

Every piece begins with the two of us improvising. Those improvisations are edited and condensed into the foundational layer of a piece. We discuss the direction for the piece after we have an inkling of its character. Then further improvisational layers are overdubbed, sometimes as a duo, sometimes individually, and those overdubs are edited into the piece. We continue to add layers until the piece has a life of its own, until it can stand on its own two feet.

Do you have established instrumental duties in the band, or is it more fluid?

Generally, it’s really open and there’s no definitive rules about who plays which instruments. There are some things that we each naturally gravitate to and end up playing more often than the other, but we also both make sure to switch off from time to time, just to keep things interesting. There are times when we both record a take of the same instrument for a particular track, and then use segments of each of our parts as the final take. Overall, our individual strengths are emphasized within the context of the duo format, and the cumulative effect is a very interwoven combination that we both contribute to equally. Ultimately, we feel like this partnership is the perfect combination, and we’re really happy that the music always sounds like a well-balanced blend of our unique ideas and contributions.

Why did you choose to create your own new label to release this album, and what do you hope for from Internal Rhythm in the future?

We had started talking about doing a label together a few years ago as a way of mingling our curatorial and aesthetic sensibilities. The main motivation to launch the label at this moment is to release this album. The album got rejected or ignored by almost every label we sent it to, so we figured we could just do it, and put in all of the love and care we wanted to see the album receive ourselves. Going forward, we want to work with some of our favorite musicians and like-minded folks, and make the label a platform to help share more open musics.

What is next for Skyminds? Any plans for future releases or tours?

Probably no touring for a good while, though we do hope to play live again eventually. But we have enough material recorded to release four or five more albums. Hopefully those sounds will see the light of day sooner than later!