Rocky Mtn Roller are from Asheville, North Carolina and they play what they would describe as “Twanged-out proto metal gutter hippie rock!”.

After playing bass in Danava for a decade, and then rhythm guitar with Lecherous Gaze for some tours, as well as the album One Fifteen, Zach Blackwell left rock n roll to build trails in National Forest land for four years. Now he has returned with the outfit Rocky Mtn Roller. Their debut recordings will be released on cassette tape in July 24 via Olde Magick Records.

How are you dealing with the current world situation?

Zach Blackwell: Boy…. That’s the million dollar question! I’m still working (graveyard in a factory). Writing music was keeping me sane in my solitude for a while. Then the Black Lives Matter movement started up again, and I had to go to some protests. And then I just couldn’t really sleep because I was stressing out about answers.

When will racism end? Can it be ended? Luckily, this movement is very strong and a lot of good things are happening. They are happening so fast I can’t keep up. I can’t speak about this, really. I don’t know enough. I only know that this movement is part of a huge awakening. It’s exciting and raw and I am glad that it is finally gaining some momentum.

But otherwise I’ve been gardening and playing guitar. We’ve got some new songs written. Almost an albums worth! They are more on the heavier side. Getting more of the Thin Lizzy twin lead action in there! We shall see what the future holds … for all of us.

Rocky Mtn Roller is a new project. Would you like to talk a bit about your background and how it all came together?

I came up with the name from when I worked in the backcountry in Montana. In the cabins, people had built these rat traps that were made out of a bucket with a runway up to a can covered in peanut butter on a wire. When the rat runs up to the can it just spins off and falls. The bucket has just enough water in it to drown the rat. They affectionately called this Rube Goldberg-esque creation the Rocky Mountain Roller.

Then I wrote these songs and put out a tape by myself. It was a little less rocking—kinda more of a southern vibe. But, then I moved to Asheville, North Carolina and met Ruby at a Conan show. He was wearing a Danava shirt and I was like “That band sucks!” Har har. Turned out he played guitar—a lot better than me, I should add. So we started jamming on fucking Bachman Turner Overdrive and Rick Derringer. We met Luke, a pretty tripped out painter that had just moved from Los Angeles. We had a lot of mutual friends it turned out. And then we couldn’t find a drummer forever… Every drummer here is in like 20 bands, so we put an ad on the shiternet and got 20 year-old wee Alex here. He’s a fucking ripper and a deep metal head. So naturally the band keeps getting heavier.

Can you share some further details how your release was recorded?

My amp had actually broken the day before. I play on a Fender Blues Deluxe and ended up recording on a Laney AOR Pro Tube Lead. Pretty different sound, but I just figured it was fate and that was just destined to be our sound for this recording. It is a cool sound. I play the Thinline series Telecaster, which is semi hollow with two humbuckers so it’s got a jangle to it and a heavy 80s vibe.

It was recorded in Black Mountain at El Morbido Studios with Ed Madill. A few of those songs are actually first takes for everything but vocals, ya know. And then of course there’s a few overdubs here and there. Tim Green at Louder Studios mastered it.

You are releasing it on cassette tape?

We have a cassette tape of these songs coming out on Olde Magick Records. It’s a split with us and the Texas band, Temptress. It’s a small run—so get it while you can!!! And yeah, we are working on an album that we hope to have out next year. I think that’s a must with your music. Thank you.

Have you played any shows so far? I hope the COVID situation will get better soon and you will be able to hit the road.

We played a handful of shows before this. We opened for Kadavar and Ruby The Hatchet. We had a tour booked. It would be happening right now, actually—Fuck! Oh well! There are worse things happening out there. At least we all have our health. But it doesn’t look like this COVID thing is going anywhere, so it will be awhile.

You were part of Danava for a few years and with them you played on several albums and EP’s. Would you mind telling us how that ended and what are some fond experiences from being part of Danava?

Yeah. I was in Danava for 10 years, from the very beginning. Our first few live shows were actually as a Hawkwind cover band, and also a Goblin cover band. What bonded us was actually our love of weirdo bands like Amon Düül II and Etron fou leloublan more than a love of metal. I think the coolest thing about being in the band was working with Greg, and seeing how he writes songs. However, that’s probably also the most annoying thing about that band. He is very VERY particular. But that’s how those songs end up so epicly ripping. A lot of hard work! I mean some of those songs have parts that we would make into twenty fucking songs before they ended up being the track that made it on the album. 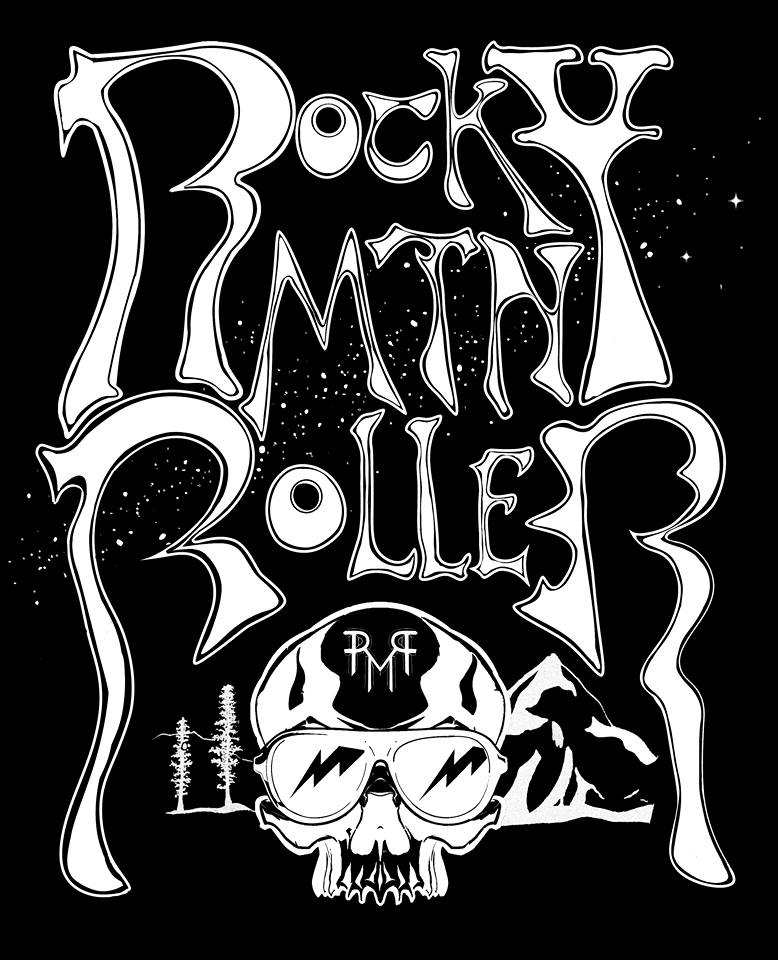 I went on a lot of tours with them and was on every album. The only thing I’m not on is that super bad ass single “At Midnight You Die.” I’m glad they are still ripping so I can just go see them and rock out. But it pretty much ended because I just felt like I needed a new chapter in my life. My biological clock was ticking as they say. Life is short. Lord, I was born a ramblin’ man! I was tired of Portland. Tired of myself, really. I wanted to see something else. I wanted to be something else. I had to go on a walkabout. Somehow, that ended me up in Lecherous Gaze, which if I was trying to change my wicked ways of being a raging alcoholic… well… that didn’t help. But that was a super fun band to be in. I mean… that band toured southeast Asia and that was probably the coolest shit I have ever done.

How about other members of Rocky MTN Roller? Were any of them in bands before?

Yeah. Luke Whitlatch, the bassist, was in Merx and Bipolar Bear, who was put out by Mexican Summer, a subsidiary of Kemado that Danava was on, so we are label mates, kind of…

Well, with this band, I have been coming to them with the songs and riffs and, ya know, I have my ideas, and they each put they’re spin on it. Me and Ruby take turns on solos and he usually plays the low rhythm notes. I play the high ones. Alex puts in some crazy fills. His fav drummer is Ian Paice, so that’s good.

We just filmed this werewolf music video for “When I’m A Pile.” Hopefully that will be out soon. We are working on an album and hopefully we can do some tours after this COVID thing is sorted out.

My favorite albums… Well, shit man, I like rock music. It’s not like a deep cut or anything but fucking Black Sabbath Vol. 4 is an album that probably changed my life. I liked Sabbath at the time, but when I heard that first note of “Wheels of Confusion”—I mean that was it. I felt like getting hammered and breaking shit and crying. And then it takes you on an adventure. Every song of theirs is like a wild ride. Those cut and paste riffs. From the heart breaker that is “Snowblind” to the joyous bizarre “St. Vitus Dance,” it never gets old.

And I guess that is a thing that a lot people forget. They search so hard for all these rare rock bands, when Sabbath already reinvented themselves so many times. They aren’t just the first 4. They’re pretty much good up to Born Again with Coverdale. Also, look at Deep Purple, Blue Öyster Cult, Kiss, or fuckin Led Zeppelin. All those guys have so many good albums. But everybody wants the new thing. I’m fucking old. But who else would be making rock music? I mean, is metal just for old guys anyway? Who gives a fuck. Lately I’ve been rockin Riot’s Narita quite a bit which is almost if Blue Öyster Cult got a little more rock n roll/metal. And Trapeze’s Medusa sounds like they invented Judas Priest on that album. Shit. Through a little Autopsy or Cro-Mags in there with a heavy helping of Waylon Jennings and that’s where I’ve been at lately.

Support your community in whatever way you can and make meaningful art!