Alarm founder Mike Peters has lived in and around his hometown of Rhyl, in Northwest Wales, all his life. Accordingly, all the clubs and stages of that vicinity have borne witness to the development of Peters’s musical career—from a punk band called the Toilets, to one called Quasimodo known for its note-for-note covers of the Who’s Live at Leeds, to the Alarm, formed in 1981, and known for the hits “Sixty Eight Guns” and “Rain in the Summertime”, among others, and soon to release a double Cd called STREAM (Hurricane of Change), which has been likened to “a cross between Quadrophenia and Dylan Thomas’s Under Milk Wood.” “That’s our national poet, you know,” he points out. The CD (released on June 12th) feature 39 new songs, all joined together by a Mike Peters spoken word essay, that weaves a brand new narrative into the original lyrical DNA of classic Alarm songs, including the raging acoustic guitar driven Irish Sea, and the dramatic Ballad of Randolph Turpin. In addition to this historic double release, the Alarm have a very special release planned on Record Store Day (September 26, 2020). Celtic Folklore Live, is a brand new vinyl album that features 10 previously unreleased recordings (from the Celtic Folklore Tour 1988), that effectively turns The Alarm’s classic 1988 live album “Electric Folklore Live” into a double album.

The first run of the Alarm ended in 1991, after five albums, all with dramatic one word titles but the third, Eye of the Hurricane, which is a titular link to their latest project. After the Alarm, Peters teamed up with a band of unknown musicians to form The Poets Of Justice (which included his wife Jules Peters on keyboards), and embark on a solo career which produced a number of singles and albums. In 2000, the Alarm released a complete collection covering all recorded material by the band. It also included sleeve notes to which all four members had contributed. This was the first project to which all four original members had contributed since Peters left the band in 1991. 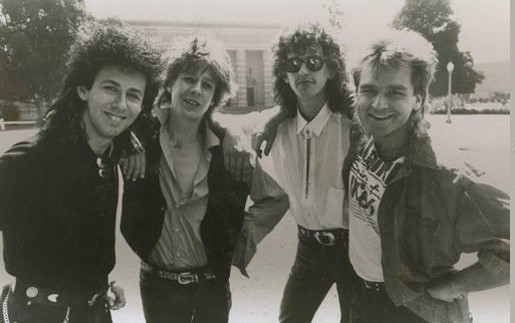 Peters met his wife Jules in 1986. The couple were engaged two weeks later, and have two sons, both conceived through IVF. The family currently lives in Dyserth, North Wales. The couple’s relationship has spanned the balance of the Alarm’s career since she joined until the present day, where she is at his side in the weekly broadcasts of The Big Night In, a forward-looking tribute to the society created by devoted Alarmists over the decades of the band’s continuing existence.

Former members like drummer Steve Grantley (ex-Stiff Little Fingers) routinely appear on these dispatches along with special guests. Oxy and the Morons, Billy Duffy from the Cult, and others have made appearances.

“All those early Who songs seemed old and corny to me. I preferred Quadrophenia. But when I heard the Sex Pistols do a cover of “Substitute” in 1976, that made it seem more relevant to my life, and I thought I’d better investigate this old stuff more. I once reached out to Pete Townshend, to see about working with us as a producer, but was complaining of hearing loss, said he really couldn’t do it in the shape he was in. I was also rather a 2 Tone style man. Crombie and loafers. There was a club called The Kings Hotel we used to hang around, and a club called the 6 Ts in Oxford Street in Manchester. Rhyl is in Northwest Wales, so we’re very close to that part of England. Adrian Crowesdale, he was the big mod guy, he took us around in that scene. And there’s another early Alarm member, Dave Sharp, he knew that whole scene front to back.” 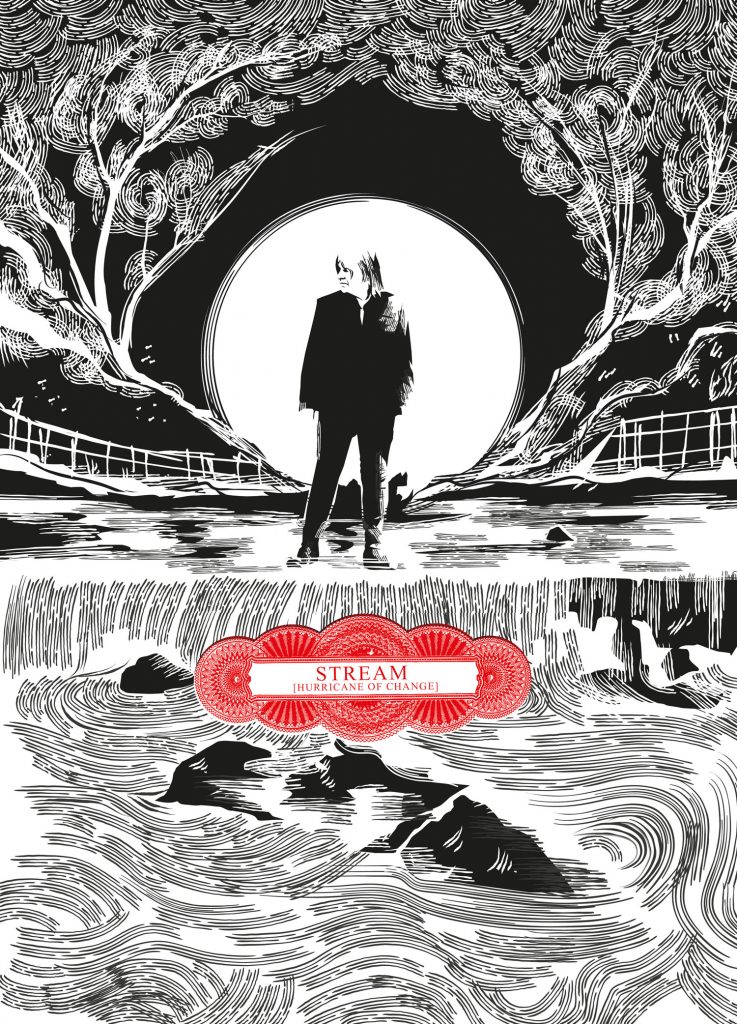 Peters’s penchant for long coats has been made mention of more than once by fans and bandmates in episodes of The Big Night In. “I was more of a second wave mod, really,” he says. “Also rather a 2 Tone style man. Crombie and loafers.”

The Big Night In offers a comprehensive view of the Alarm’s worldwide fan base. “It’s fans all over the world connected by one guy on a Saturday night.” These broadcasts are a microcosm of the Gatherings held yearly. Not unlike Joe Strummer, who developed an affinity for campfires and Glastonbury folk in middle age, Peters and the Alarm have evolved from uppity modish punks to rock balladeers through to veteran rockers adapting and evolving in a changing world, reconsidering the tracks they’ve made.

At this year’s Gathering, already sold out, Mike Peters is attempting to create a truly unique event. “Male audience members are being encouraged to dress in black and white and wear either dark suits and / or jackets mixed with white shirts / black tie and or just plain black or white T-shirts. Peaked caps and hats are also welcomed. Female audience members are also being invited to wear Black and White and if possible, dress in long white or black dresses. Just by being there, every member of the audience will be involved and play a part in the dynamic of the show (there is no obligation to follow the dress code either).”

Mike and Jules have faced numerous hardships, including a few forms of cancer, in their time together, and emerged triumphant.

Thirty years ago, as Mike undertook a creative songwriting journey through the heart of his home country – Wales – the Berlin Wall would fall and Europe and indeed, the rest of the world, would plunge into a period of enormous and seismic change. Caught in the middle of this political maelstrom, Mike Peters with his band The Alarm would record the albums Eye of The Hurricane (1987), Electric Folklore (1988), and Change (1989) each of which would, in their own way, capture the essence of these most turbulent times. “There’s a story hidden from view in those first three Alarm releases,” says Peters. “It was the 30th anniversary, and I played those old songs as if they were brand new. The last song on the Change album, “Newtown Jericho”, something of an autobiographical tale, and when I wrote it, there were things going on politically I was talking about, but when I sang it at the anniversary, it had a whole different relevance. It became relevant to life with the cancer drag. Call it the past, your subconscious or fate or the future or a sign. It hit me like a train, straight on. Those old songs can evolve, but they’ll still be part of your life, they’ll never move away from the center, they’ll still be part of your life, your family. You’ll always be linked together.”