Zad Kokar is the moniker of 31 year old Strasbourg, France based no wave musician and comic artist Adrien Coquart. His latest album ‘End All Toxic Relationship Now!’ is a sketchbook-like home recording about ‘the beginning of a new decade’.

“Structured songs that can be destroyed at any moment”

Adrien Coquart: I’m gonna be 32 at the end of April (I will probably be in quarantine alone for my birthday)… I’ve been living in Strasbourg, France for the last 10 years now. When I arrived here I became friends with the really active scene of La Grande Triple Alliance Internationale de L’Est. I had the chance to see bands like The Dreams, Le Chomage, Ventre De Biche, Scorpion Violente, Noir Boy George, and so on. I saw them play several times, and learnt a lot from them! I’m still not sure if I’m part of this scene/collective since I wasn’t there at the very beginning, but we are really close for sure (maybe I’m part of the 2nd or 3rd wave?).

Beside music, I spent a lot of time drawing and making comics. I’m also booking shows at our DIY venue. I used to work in museums, but that’s over now, so I try to make a living with illustration.

I think I got into music through movies and video-games at first. I realize now how super weird and dissonant some parts of the compositions of Koji Kondo (in the Zelda series for example) are, and how it probably had a big impact on my perception of music. Then I lost interest in video-games and music took over when I was a teenager.

When did you start Zad Kokar?

It’s hard to really give a exact moment since I was recording things on my 4-track since I was a teenager. But I think the first time I played a show as Zad Kokar was probably around 2012-2013. Which is also the time I released my first tape: a split with my friend Ventre De Biche (with who I play in the noise band SIDA). So that’s probably the real start of the project.

First Zad Kokar was a solo thing, than later on a band.

I played mostly solo shows before 2015. It was the year I started inviting friends to play with me live, using the name Les Combi Beyaz.

When I was playing solo, the shows really had a no-wave/out of tune/noise feeling. With the band, there was probably more of a rock vibe, especially with the drums. I think we were really inspired by bands like Headwar and Butthole Surfers at this point. We were trying to have structured songs that can be destroyed at any moment of the show. We liked the element of surprise. We didn’t practice so much as a band, just a basic learning of the songs. Most of it was about the energy that will be released during the set. 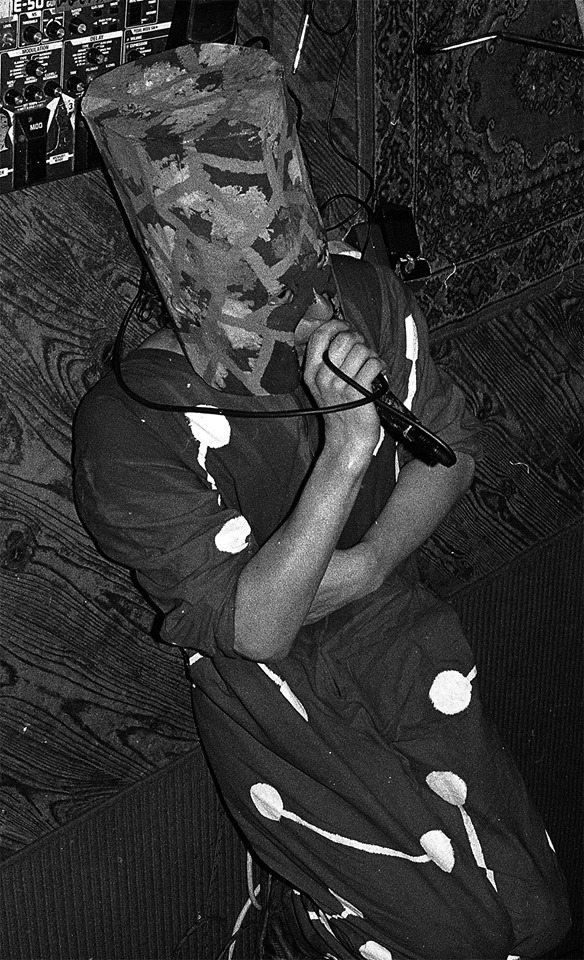 Why do you call what you do ‘no wave’?

It’s true that this word seems to be sometimes over-used nowadays. I won’t call everything I do ‘no-wave’. But I can relate a lot to the wide variety of musics and influences that collided together in the original NY no-wave scene. Like the element of funk that The Contortions questioned and challenged. And of course, the sharp dissonant guitars of early Sonic Youth, Glenn Branca and Teenage Jesus & The Jerks. They showed me the unlimited possibilities of notes that we normally called dissonant in between the ‘normal’ notes and chords. To compare it with colors, it’s like being told that the only existing colors are red/yellow/blue/etc, and then suddenly someone shows you that there are lots of strange and powerful colors in between if you start mixing them. Those dissonant colors are something valid, you can see and use term artistically – same in music!

To finish about ‘no-wave’: I also feel really connected to the colorful and comics aesthetic of Skin Graft Records and later no-wave bands: costumed noise bands with an aggressive sound and a strange sens of humor. This had a big impact on me!

You mentioned Butthole Surfers before…

The Butthole Surfers are a influence for sure, especially the early years with the two drummers. I’m listening to a lot of music. I’m influenced by The Residents, Zeek Sheck, Little Richard, The Ex, Guttersnipe (interview), The Beatles, YOR, Headwar, Lightning Bolt, The Screamers, Half Japanese, Devo, The Caroliners, Handle, Nervous Gender, A Tribe Called Quest, Daniel Johnston, The Dreams, Big Black, Slaylor Moon, AH Kraken, Coil, and so on. 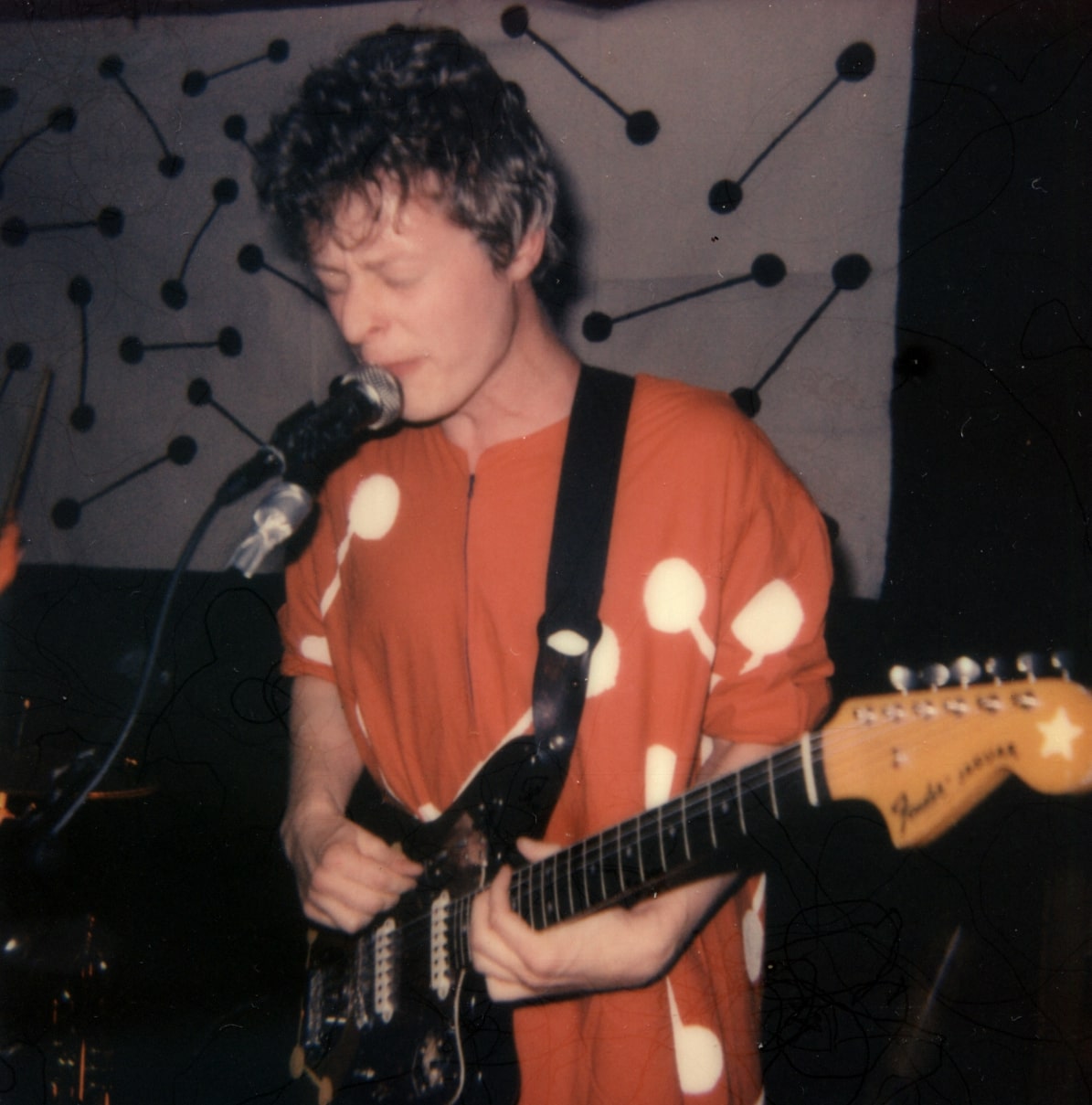 I like your ‘End All Toxic Relationship Now!’ album.

I made this album by following the advice of R. Stevie Moore: staying home, use a multi-track recorder, playing all the instruments, have full during the recording process, work daily and spontaneously. Keep the best parts and the worst parts. I think this recording was like a sketchbook. I gave myself lots of freedom to try and experiment new things (like recording several voices, which I can’t really do live).

The album was about to be released just when the quarantine started here, and was initially more thought to be a “beginning of decade album”, with the title being my friendly advice for the new era. Although a song like “Time At Home Alone Secretly Watching Home Alone” seems to be about the loneliness of quarantine, it was actually recorded during the winter of 2019, a time I wouldn’t imagine something like this would happen… It will be a corona album now I think, since we decided to released it online at this moment (the tape will be co-released by the labels Urin Gargarisms and Petite Nature at the end of the confinement). But I’m doing new recordings these days in this strange context. It’s slowly taking shape and will probably end up to be the real Zad Kokar corona album…

My sister and I have this weird obsession with the movie Home Alone. We probably watch it once a year, at least. We know the lines. It was a joke about that, about a character being alone at home, having unlimited possibilities of more interesting things to do, but deciding to watch this movie. The lyrics also contains a small hommage to Captain Beefheart.

A different version of the song will be released on the next LP with Les Combi Beyaz.