Copenhagen was recorded at the end of Galaxie 500’s European tour (the very last show), where the band had finally gelled and slipped into a hypnotic groove only possible from playing an endless series of shows.

Dean Wareham’s live guitar playing by this time had become the stuff of legend, where nearly twenty five years later, while touring the world with the Dean & Britta band, revisiting the music of Galaxie 500, he said that while it all sounds easy and rather laid back, that he’d forgotten how difficult it was to play these songs. Naomi Yang’s bass nearly dances with delight, while Damon Krukowski’s drumming is bright and deeply centered.

I smile with a wry sense of satisfaction while listening to this stellar release, where despite the band’s infighting, they came together to show the world how it’s done … and me, I was bobbing my head and dancing in place the whole time. Dean’s voice does sound young, and weren’t we all, as we listened to some of the best lamenting and shimmering neo-psychedelic music that will ever slip through your ears. The outcome is dynamic, professionally monitored and recorded offsite by Denmark’s Radio P3, managing to capture a brief moment in a short history that will echo for all time.

With all due respect to Galaxie 500, I came out of the the 60’s concert scene, where bands would stretch out their songs, creating an intoxicating atmosphere of sonic wonder, blending, ebbing and merging numbers, all to create something larger than life … yet for the most part here, the songs remain true to their original tracking times, never being mixed together to envision something larger than life, as each number existed within its own space. Me? I’ve been eternally hoping for one of those Quicksilver Messenger Service moments again, though that dream has never danced into my reality since seeing QMS at the Fillmore, and perhaps it’s best if I cease to impose those wishes on other bands. 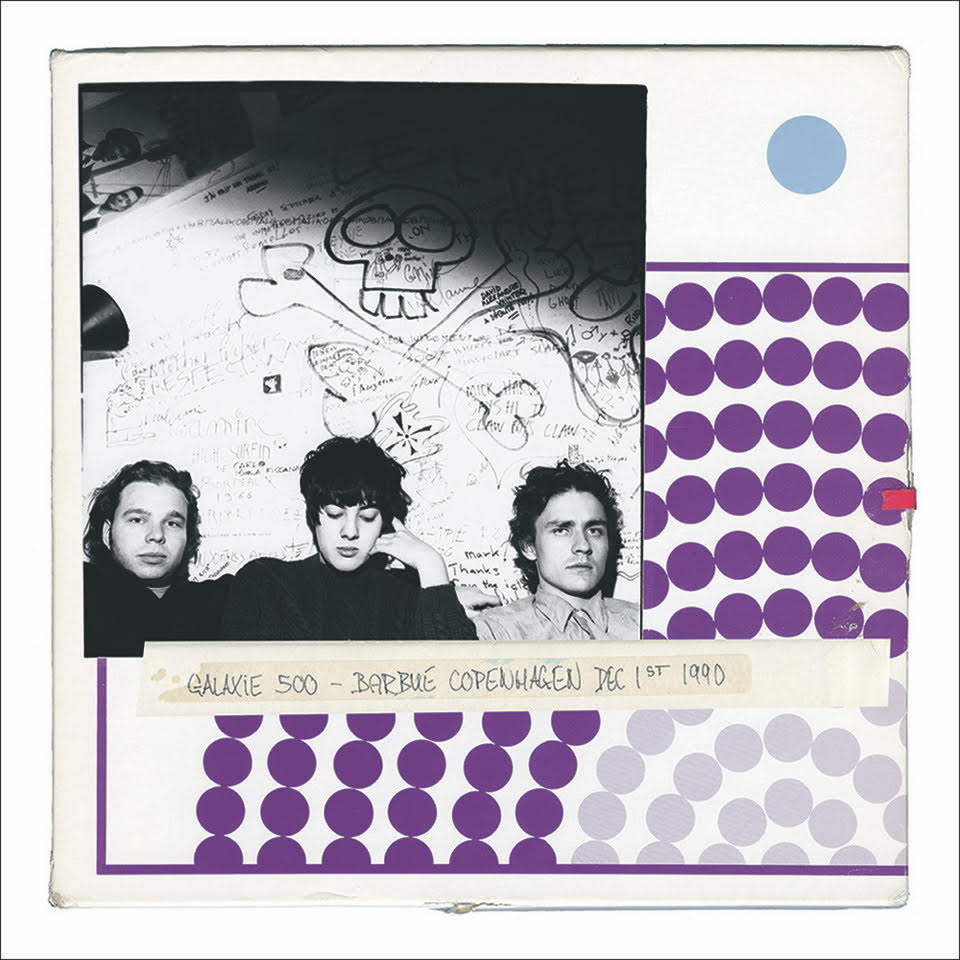 The album jacket reminds me for all the world of Surrealistic Pillow by The Jefferson Airplane, with the band photographed against the graffitied wall of venue Barbue in Copenhagen, only here with updated and less cryptic graphics then those at the Matrix in San Francisco.

The sound quality is first rate, the songs are dreamy and laidback to the point of bliss, and it’s all delivered as a three sided double album with the fourth side being laser etched by tattoo artist Matt Crocker, with the etched image also available as a tee shirt.