Photographer Robert Freeman passed away on November 7th at the age of 82. He was best known as the photographer responsible for five album covers for the Beatles and directed the Swinging London-era film The Touchables.

Here is what Paul McCartney said on his blog about Freeman’s passing they day after his death.

“Dear Robert Freeman has passed away. He was one of our favorite photographers during the Beatles years who came up with some of our most iconic album covers. Besides being a great professional, he was imaginative and a true original thinker. People often think that the cover shot for ‘Meet the Beatles’ of our foreheads in half shadow was a carefully arranged studio shot. In fact, it was taken quite quickly by Robert in the corridor of a hotel we were staying in where natural light came from the windows at the end of the corridor. I think it took no more than half an hour to accomplish. Bob also took the ‘Rubber Soul’ cover; his normal practice was to use a slide projector and project the photos he’d taken onto a piece of white cardboard which was exactly album sized, thus giving us an accurate idea of how the finished product would look. During his viewing session the card which had been propped up on a small table fell backwards giving the photograph a ‘stretched’ look. Instead of simply putting the card upright again we became excited at the idea of this new version of his photograph. He assured us that it was possible to print it this way and because the album was titled ‘Rubber Soul’ we felt that the image fitted perfectly. I will miss this wonderful man but will always cherish the fond memories I have of him. Thanks Bob. Love Paul.” 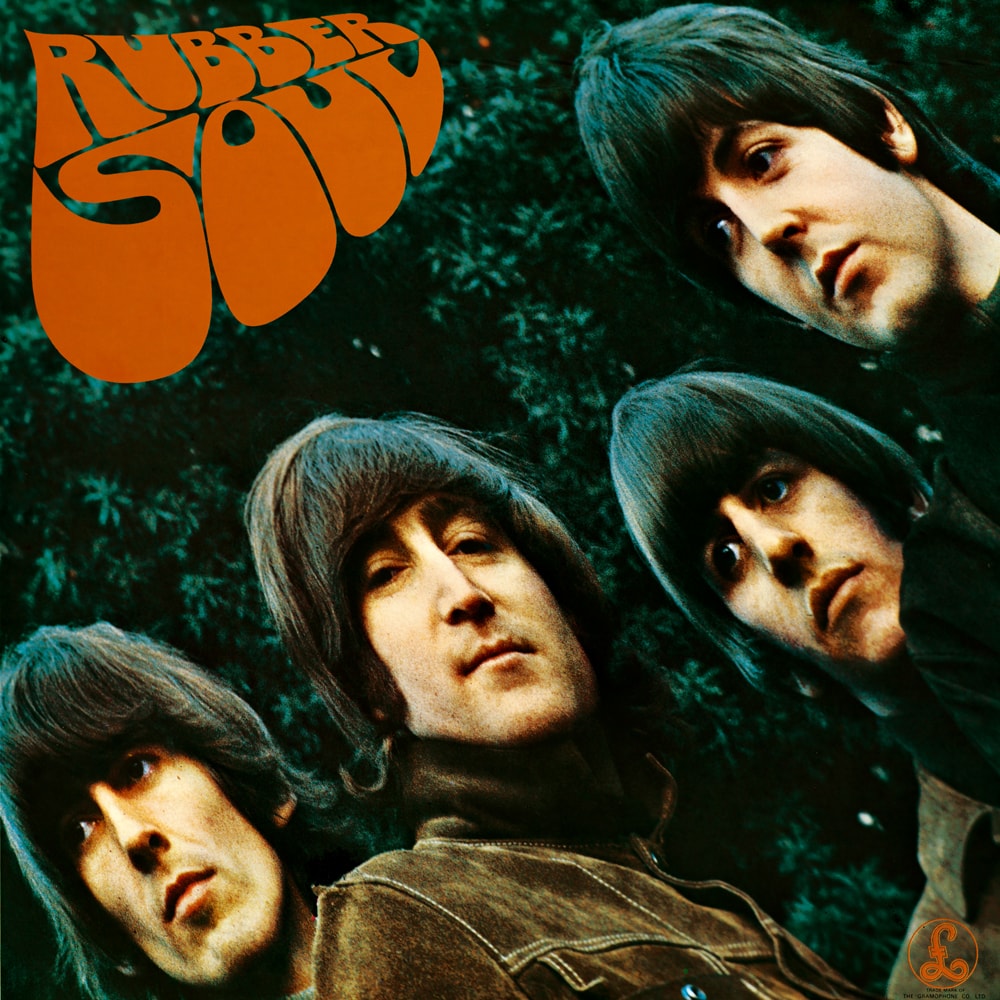 What follows below is a story I wrote on the London-born, Cambridge-educated Freeman in 2003, based on an interview I did while he was at his home in Seville, Spain. A bit cantankerous and somewhat curt in the follow-up interview I did with him Freeman is nonetheless a key player in the image we have of the Beatles and 60’s British pop music in general.

The article starts below with my original introduction and Q&A format. This is the first time this article is appearing online.

Although Robert Freeman never worked with the Beatles on their recordings or live performances, he played an important role in the group’s first five albums. The cover photographs were shot and conceived by him. The grainy black-and-white cover of With The Beatles, which is one of the most iconic images of 20th-century culture, was Freeman’s idea. While the album, which was entitled Meet The Beatles in the states, was actually the group’s second release in the U.K., its cover was for many the first image anyone outside of England saw of the group. 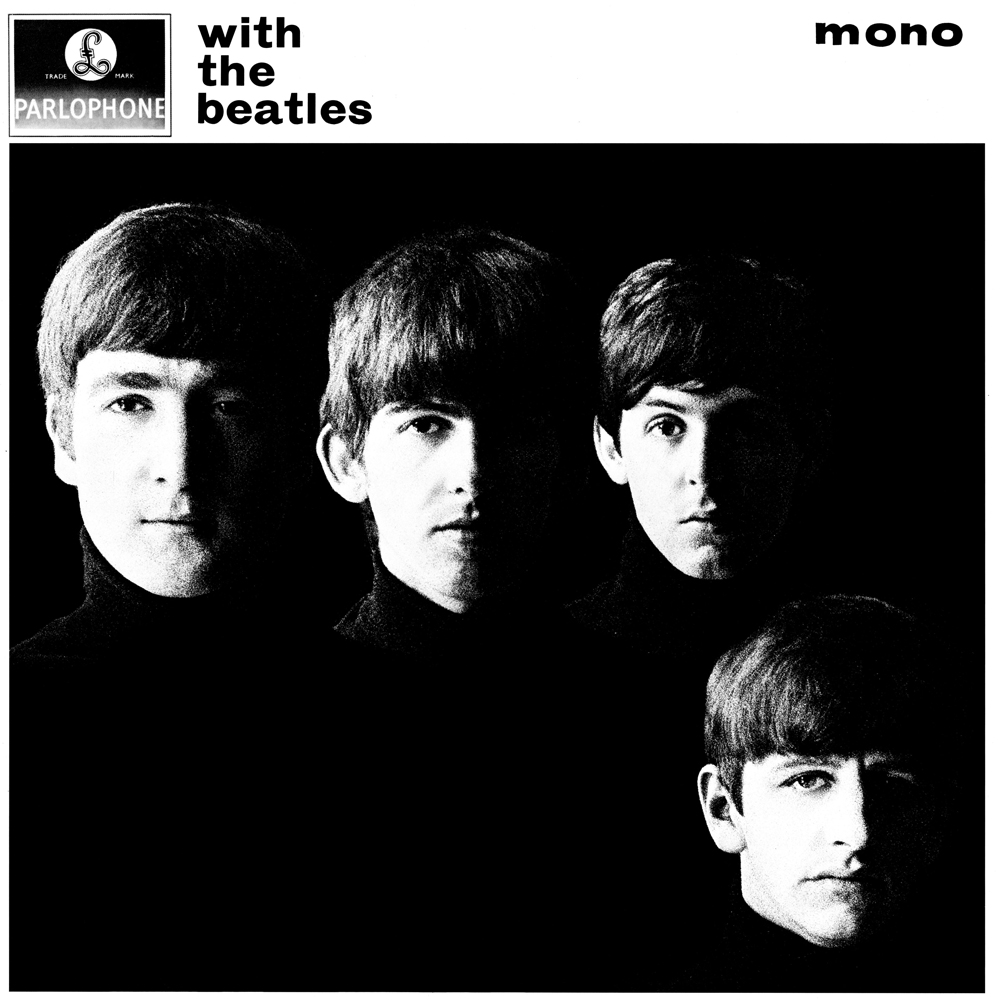 Freeman went to design and photograph the covers for A Hard Day’s Night, Beatles For Sale, Help! and Rubber Soul. The covers for A Hard Day’s Night and Help! perfectly captured the look and feel of the two films, while the cover for Beatles For Sale captured the autumnal style that suggested changes to come for the group. The cover for Rubber Soul, often thought to have been shot at John Lennon’s home in Weybridge, was actually shot deep in the woods on an autumn day in 1965 in Surrey, well beyond Bolder Mere Lake, near the old, deserted Wisley Airfield. It is for many the most beautiful and suggestive of the group’s album covers.

Freeman has recently come out with “A Private View,” published by Goodman Media. The book includes all of the images mentioned above, many previously unpublished photos and an account of Freeman’s vivid memories of his time with the Beatles. Freeman answered questions, in his own inimitable style, from his home in Seville, Spain.

“What America has given the world in terms of music – including Cole Porter – is just incredible.” 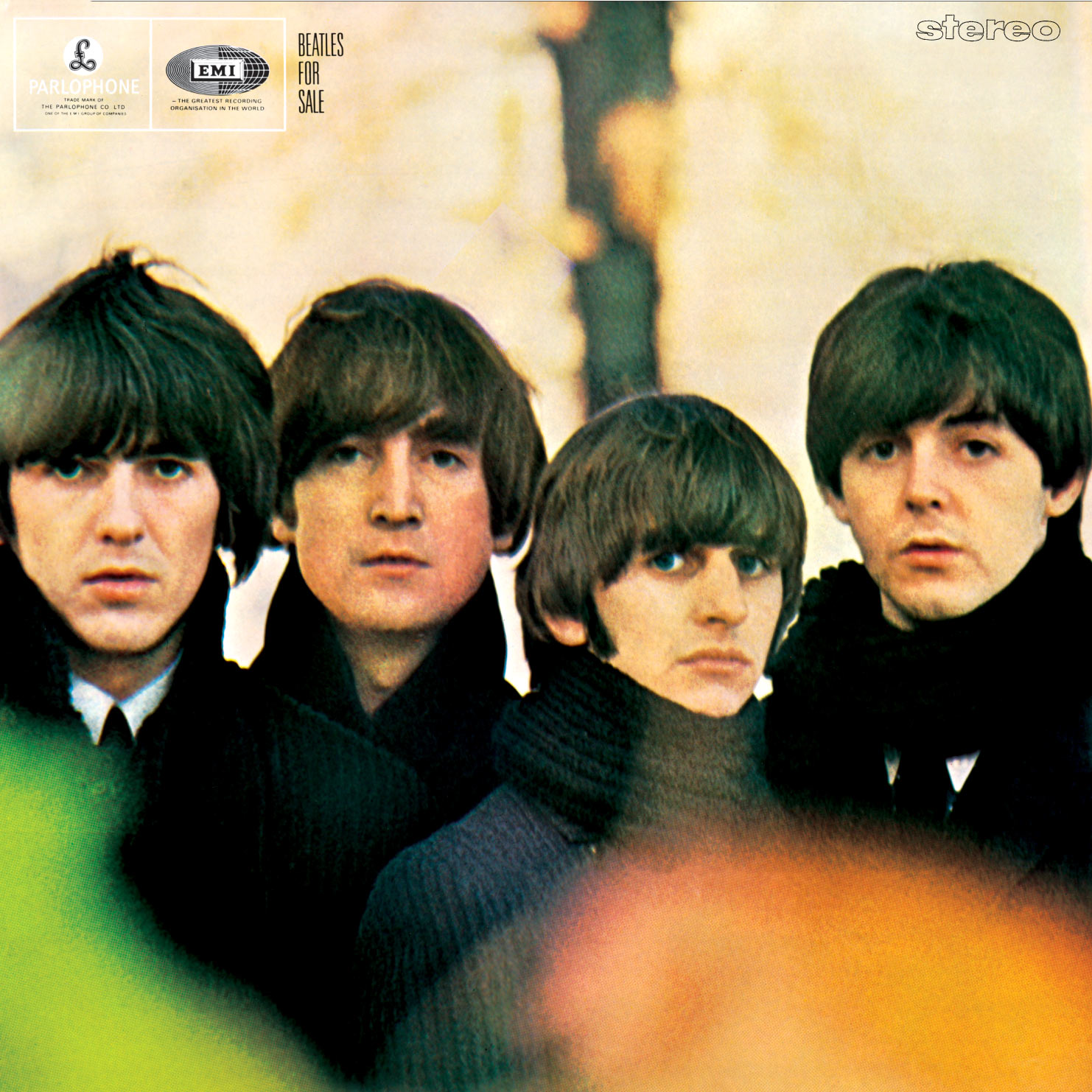 Was jazz your first musical love?

Robert Freeman: My first musical love was Bing Crosby singing “White Christmas”! Then Broadway shows – late forties – early fifties. Then light Latino – my father’s favorite. I even learned to dance mambo and cha-cha in the late-forties! Then at university came jazz, beginning with Sydney Bechet – who I think was an influence on (John) Coltrane. And it’s interesting to note that Miles (Davis), living in Paris, gave Coltrane a soprano sax when John left Miles’s group! Nobody has talked about a connection between Bechet and Coltrane! Then I discovered the Beatles and at the same time Motown, Otis (Redding), James Brown, Aretha (Franklin), Wilson Pickett, Sam Cooke, Marvin Gaye and Diana Ross. My God – what America has given the world in terms of music – including Cole Porter – is just incredible. Thank you.

Once you started photographing the Beatles, did you photograph other musical groups? If so, did you do it for any album covers we would recognize?

Before the Beatles – only Coltrane. I never did other groups before or after the Beatles. I was into other things. I did photograph Mica Paris – so good. I did the video with Bob Marley of “Lively Up Yourself,” the Pointer Sisters’ “Wang Dang Doodle,” Led Zeppelin’s The Song Remains the Same film as a cameraman. I recently did some other covers in Spain. Nobody calls me! Nobody wants me!

Did you get a sense right away that the Beatles would go on to be so involved in film, even after the group split up?

Film is always interesting to people – especially when you have the money. But I never felt that was their expertise or orientation. It was vanity filmmaking.

Were the Beatles serious about photography or just basically taking snapshots?

Was there additional input from the filmmakers for the film-related covers – A Hard Day’s Night and Help!?

There was no input on A Hard Day’s Night or Help! All the ideas for the covers were mine. 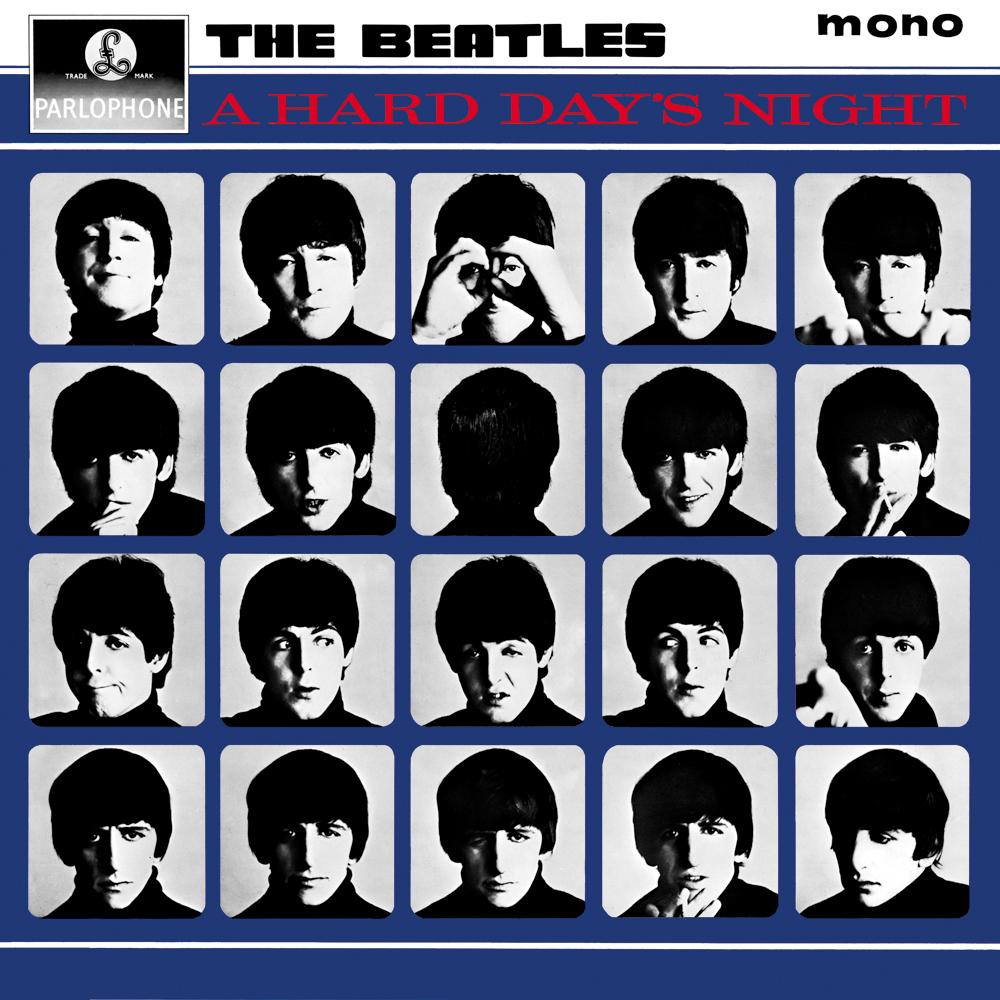 Can you talk about what it was like being with the Beatles just before, mostly during, and right after the first U. S. visit?

Being with the Beatles was being in the center of crazy activity, the eye of a hurricane – and surreal situations provoked by fanatics, fans! It was an altogether lively and amusing time. 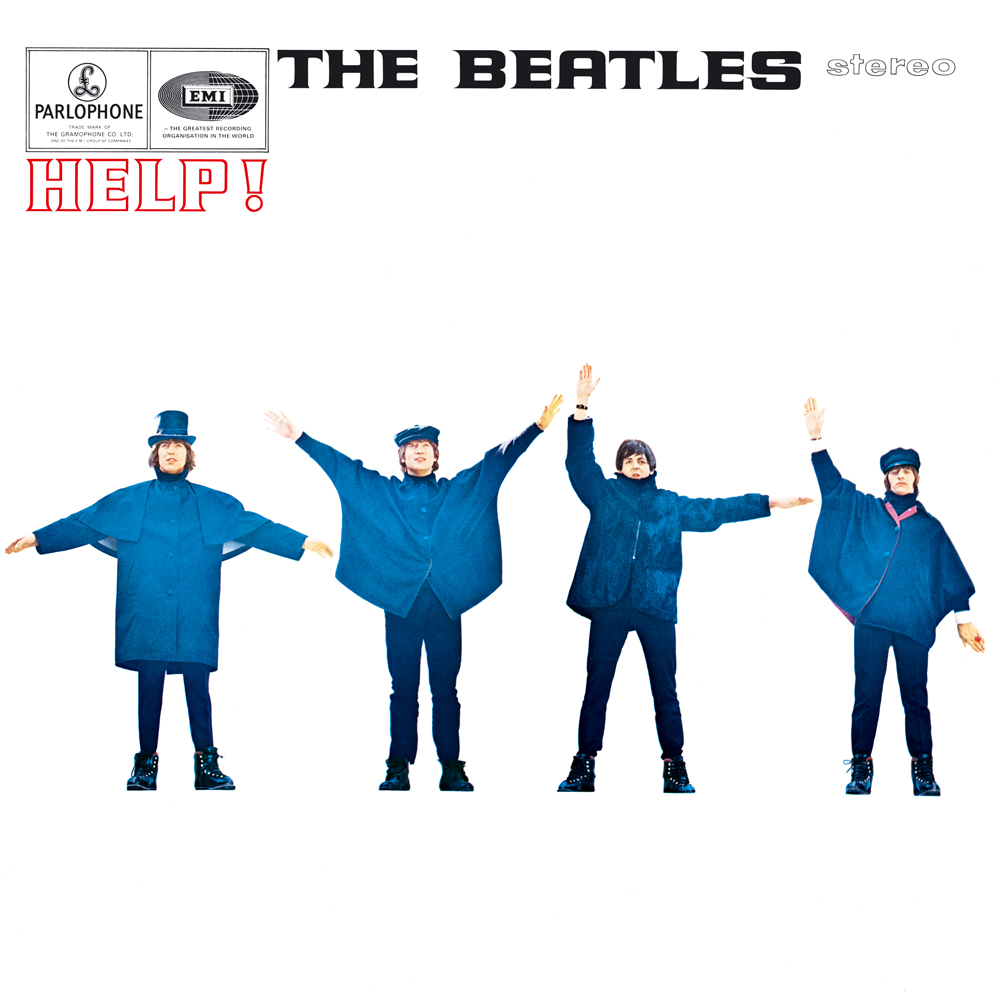 Taking the plane ride over was like any other. It was a job. The Beatles were the same as ever – never nervous. I had been to New York before in 1961. I saw James Brown live at the Apollo. There were not too many white guys there. But all you have to do is smile! And enjoy the music!

What do you remember about Phil Spector? He was on the plane over to the states, for the Beatles’ first U.S. visit.

He wore dark glasses and a moody expression.

Do you remember if there were any other photographers from England who went with the Beatles to America on their first visit?

Did John Lennon move to Kensington, in 1963 into the building where you lived at the time, at your suggestion?

What did you think of the film Magical Mystery Tour?

I have only seen bits of Magical Mystery Tour. Fantasy doesn’t interest me that much. I would rather be at a bar with ‘characters’ – like Tennessee Williams – the real stuff. I prefer early (Federico) Fellini black-and-white films over later color fantasies.

What did you think of Let It Be?

Let It Be sounds fine – naked or with clothes. It’s nice to hear Paul singing a ballad better than before, more maturely. But can you compare him with Sam Cooke? And he accompanies himself very well on the piano. Assuming it was Paul! It was pleasant. John would call it ‘soft’!

Can you shed any light on the Let It Be period?

I can’t shed any light on the Let It Be period. I wasn’t there.

With whom are you still in touch from the Beatles or from those that worked for or with them from your times with the Beatles?

I have no contact with the Beatles or any others from then. We live separate and distant lives. Also, we are aesthetically very differently orientated. But at least they have a money-making machine – Apple!

Are you working on any other projects or are there any you will be working on?

I have 12 expos and several books coming out of the archive. It’s all interesting – to me anyway. Next year I am publishing a book on Coltrane of photos from 1961 entitled Around Coltrane.