2019 marks the 50th anniversary of the release of Abbey Road, the last album recorded by the Beatles.

The album holds significance in the annals of popular music in many ways. While not the last album the group released (that was Let It Be), it is the last they worked on together and was a fitting end to their time together and a handy and emblematic cultural touchtone of the end of the 60’s.

Instead of getting into a prolonged and redundant history of the album, it would be more instructive to simply look at the new anniversary editions released by Apple Records on September 27th.

“This new mix is truly a revelation.”

That edition comes in a hardback book-styled package in a hard-shell slipcase. It includes a CD of the new stereo mix, produced by Giles Martin and engineered by Sam Okell, and a Blu-ray of the new mix in high-res stereo, in 5.1 DTS-HD master and in the new Dolby Atmos format. Only those with audio receivers that are Dolby Atmos compatible and have the additional extra speakers needed for the format can fully enjoy the format’s capabilities. It should be noted that the Beatles have been at the forefront of this technology, with very little other popular music material available in this format. There are also two CD’s of outtakes, demos, studio chatter and more behind-the-scenes audio. The 100-page book is a beautifully designed hardcover book, with extensive notes, credits and history and a generous array of photographs, most taken by Linda McCartney. 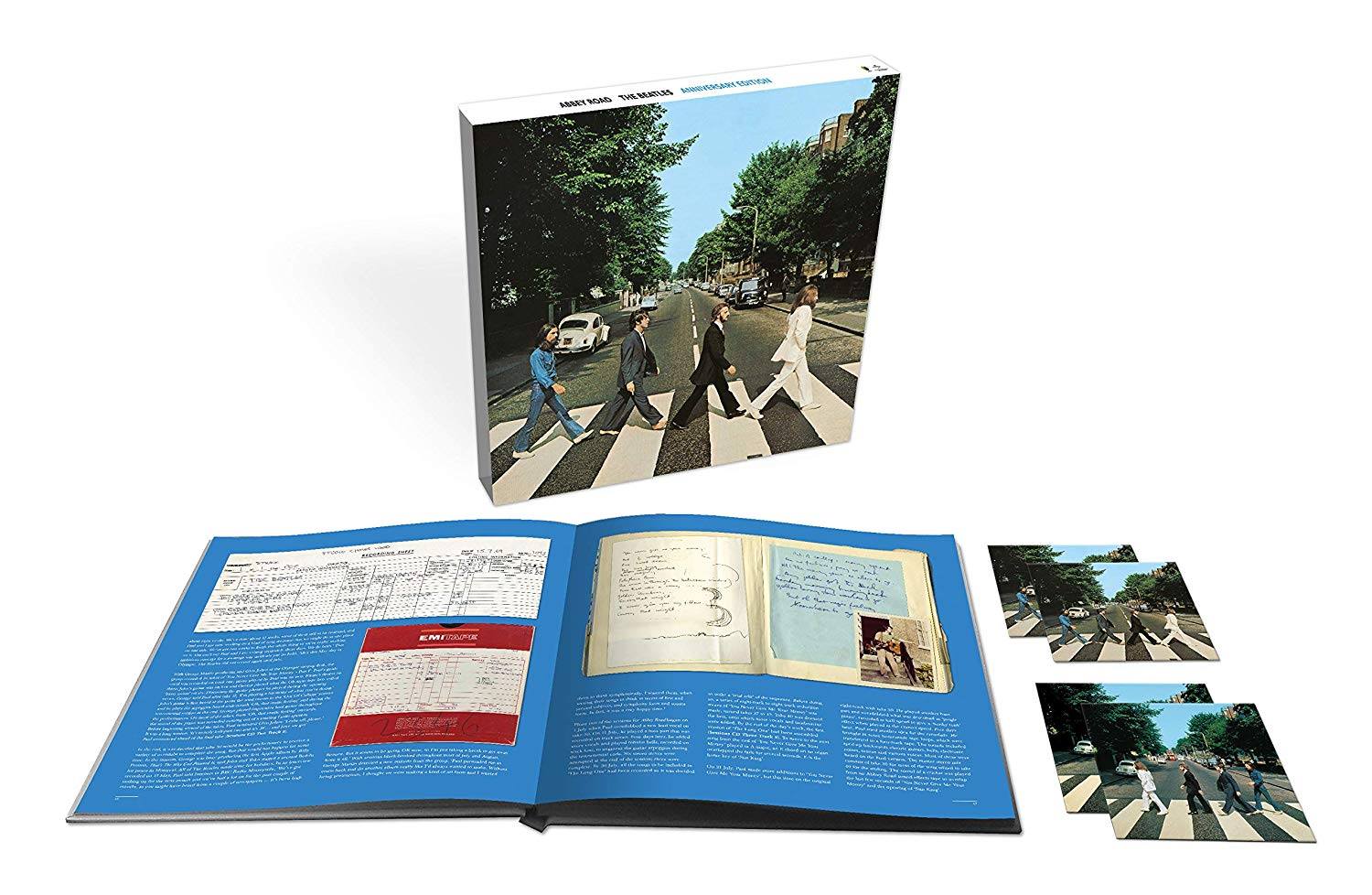 This new mix is truly a revelation. The vocals are much clearer and centered in the mix and various sound effects, echo, percussion and studio nuances are more pronounced. Ringo’s drums are given the prominence they rightly deserve and this, along with an even more pronounced bass, puts on full display what an Imaginative and-in-the-pocket rhythm section the group had, which was one of the most underrated components of the group.

What was the group’s most technologically advanced album benefits from the latest mastering and mixing techniques of today. For years, many people in the United States listened to the album on later mediocre Capitol vinyl pressings, through tinny car radio speakers or cheap portable listening devices, on inferior quality CD’s, or most recently on stereo vinyl reissues mastered from strictly digital sources. Many audiophiles and scholars of the Beatles’ recordings generally feel the best releases of the album were original U.K. vinyl pressings and the later Mobile Fidelity Sound Labs limited-edition audiophile pressings. These new reissues, particularly on the Blu-ray disc and half-speed master vinyl editions, may now have the best sound quality ever of this album, other than early U.K. vinyl pressings.

Aside from the superior new technological or audiophile sound reproduction methods, what makes this box a revelation for hardcore fans of the Beatles is the two discs of 23 tracks of mostly previously unreleased material. My favorites, oddly enough, are the demos of songs Paul McCartney wrote for other artists. Those two tracks are “Goodbye,” recorded as a demo at his home on Cavendish Avenue in London, which Paul wrote for Mary Hopkin and “Come and Get It,” which Paul wrote for the Iveys, who by the time they recorded the track had become Badfinger. Hearing John and Paul alone, on an outtake of “The Ballad of John & Yoko,” is also good fun with John and Paul referring to each other playfully as George and Ringo. Ringo missed this session as he was filming The Magic Christian. Ringo is also missing on another of the session’s discs, which led to Paul playing drums on “Old Brown Shoe,” which became the B-side of “The Ballad of John and Yoko.” There is a strings-only take of “Something,” highlighting one of George Martin’s most significant contributions to the group’s recordings: his string arrangements. A strings-and-brass-only take of “Golden Slumbers/Carry That Weight” is also included. Billy Preston’s contribution on keyboards is also is given free reign and a more distinct place among the other instruments, particularly on “I Want You (She’s So Heavy)” and “Oh! Darling.” The various outtakes reveal insights on a couple of the tracks on the album. “Sun King” was influenced by Fleetwood Mac’s “Albatross” and “Polythene Pam” has some similarities in the intro to the opening guitar chords of The Who’s “Pinball Wizard” from Tommy. It’s also worth noting that some of the tracks were not recorded at Abbey Road studios, but at Trident and Olympic, which is ironic given the name of the album and the famous album cover shot just outside the studio. 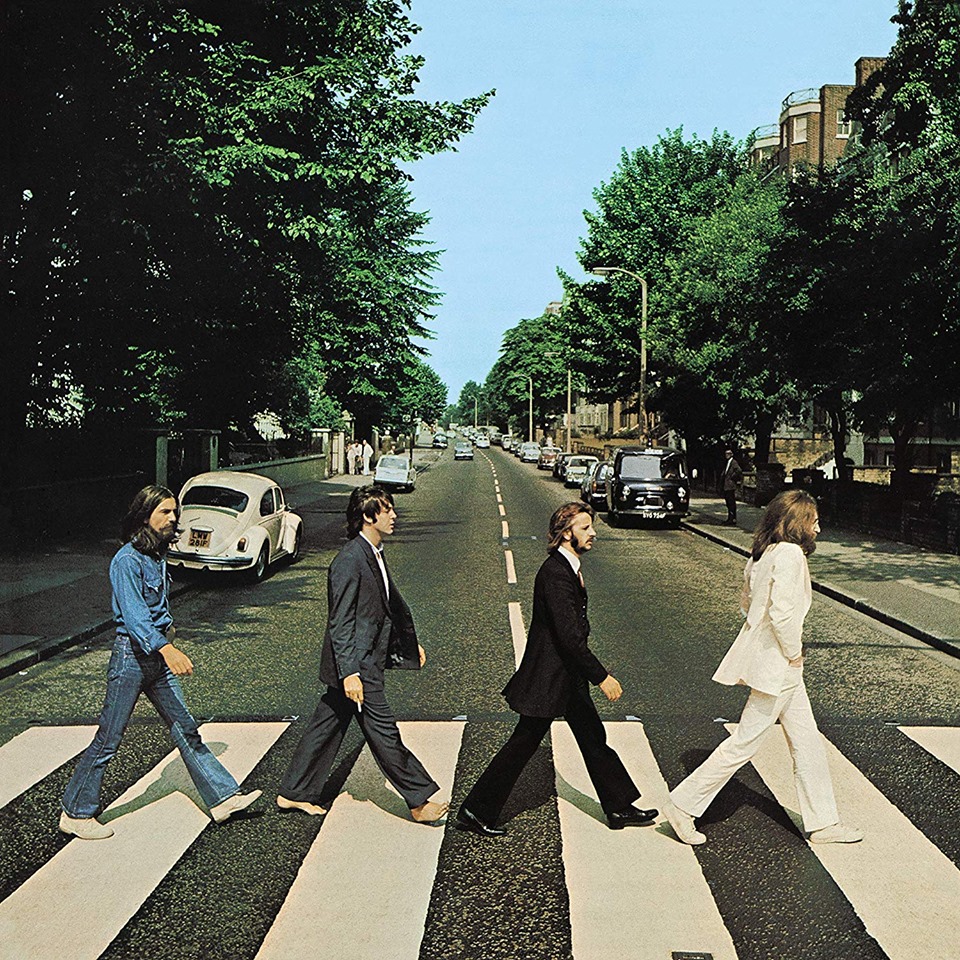