“The internet has also made everyone a potential metropolitan musician.”

This is the second LP with De Stervende Honden. Could you compare it with the first one.

The structure of the songs is more open, but they are played more tightly. The recordings are slightly drier. The vocals are still unintelligible. Everyone can play a little better. There are the same number of numbers. My guitar is tuned differently..

The best song on the first LP was the longest one. Do you think playing with a band leads you to make longer songs?

For these recordings we had a mix of long songs and short songs with a more fixed structure, but especially the long songs made it. The reason is the semi-improvised nature of the songs. Then I prefer taking my time.

“Long half-improvised songs naturally sound more spontaneous and that is important to me, that music sounds spontaneous. At least the music I play.”

Before that first LP was released, that long track was already on a limited edition tour CD-R. Does this mean that you first play songs live and then record them?

That happens, but not always. Some songs we record but never play live, others we record first and then play live. Now, we don’t record that much, and we don’t rehearse very much either, and short, tightly composed songs require more rehearsals before they sound spontaneously. Long half-improvised songs naturally sound more spontaneous and that is important to me, that music sounds spontaneous. At least the music I play.

Is it true that, although Ignatz & Stervende Honden is a band, you mainly write the songs and then present them to the other two?

Yes that’s right. I’m not going to say what they should play, Or “Hey Tommy, play this bass line”, or something. They fill it in themselves. Sometimes the songs are extremely open and nothing is really fixed. By playing songs more often they click into each other and they get more structure. We do that together, and it happens organically.

How would you describe the style of drummer Erik and bass player Tommy?

Their role differs from number to number. They follow or lead, sometimes they have to play as a glorified metronome, other times a short echo of what I do. They do not force themselves and play very civilized and polite. Over the years it all hangs a little closer together. Or maybe I have just become more predictable in my playing, that is of course also possible. Easier to follow.

An important reference, especially for the guitar solos, I suspect. But there are so many more references. It is up to the listener to discover them all.

If I’m not mistaken, Clay Ruby (Burial Hex) was in the first version of De Stervende Honden.

That happened spontaneous at the time. In 2008 we did a short tour with Sylvester Anfang, through the Netherlands and Belgium.

Very well. Was that in Netwerk or het Bos?

Room Belgium, I think. Has Erik played with Jandek yet?

Is it true that it was actually Steve Marreyt (Edgar Wappenhalter) his idea that you would form a band?

Yes, that idea came from Steve. He organized a festival in 2013 of the atonal Flemish people or something, in Antwerp at the time. You served as the local Jools Holland, but without the boogie woogie piano intermezzo. He asked to play with a backing band, as I had done a few years before in Liège, when it was with Clay Ruby on drums and Tommy on bass. A matter of doing something different than always solo. Steve suggested Erik on drums and Tommy on bass.

I announced you that night as a boogie band. Was that correct?

“Boogie is a repetitive, swung note or shuffle rhythm, groove or pattern used in blues which originally played on the piano in booogie-woogie music” according to one definition.

So maybe it is boogie then after all?

Yes, the name was invented by Niels. The album on Fonal was just out, and on the cover is a photo of the old family dog, Tjabbo, who died. Hence the name I suspect, unless Niels thought Tommy and Erik sounded and looked like dying dogs, that is also possible. Still lucky, because at some point it was almost Ignatz and the vodkas …

Why do you record with Christophe Albertijn in Les Atelier Claus, and not just at home, for example?

It sounds much better if we record there. Especially a drum is hard to record in a way that sounds good. Christophe also knows very well what he is doing and he understands what we do, that helps. 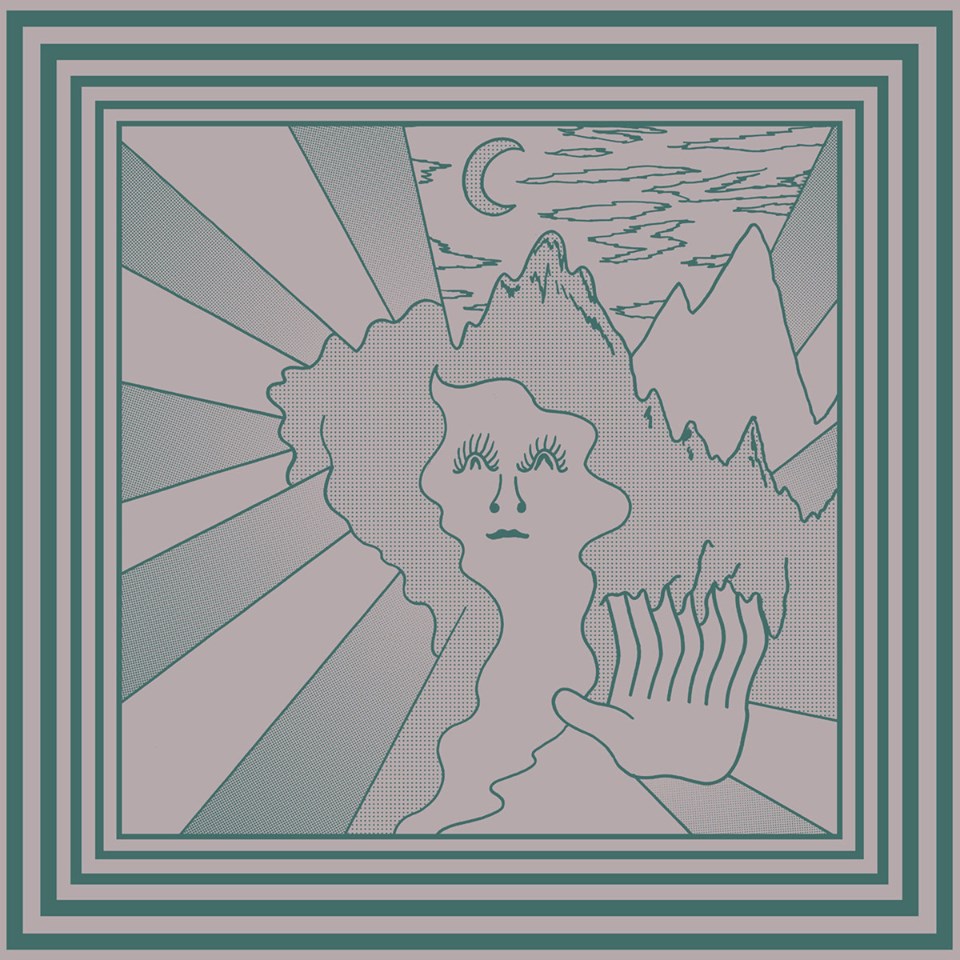 During rehearsals we sometimes record with a zoom recorder, there are certain versions of the songs that are really good like that, but they still sound much worse than in the studio. Perhaps they can also be released, but then rather as on tape or something.

You don’t really seem like the kind of band that meets every Sunday afternoon to rehearse.

Yes that’s right. Busy calendars make that impossible. In itself I would like to take more time to rehearse and record and do a long tour, but that is currently not possible for anyone. We therefore have to refuse many shows, which is of course a pity.

At a certain moment we realized that we had not played together for a year. This is currently limited to a few times a year. If I look at everyone’s planning, I think that it will be this way for the coming period as well. If I would be able hand out a stack of money at every performance or rehearsal, it would be a different matter of course.

A few weeks ago there was an interview in Humo with J. J. Cale’s widow, you might have read it yourself.

In it his wife said that J. J. Cale had the image of being lazy and casual, playing guitar on the porch with his feet up high but that he actually knew very well what he was doing with his music, and he worked hard on it. She added that he was also very critical with his output. I have that impression with you: it all seem very casually and spontaneous, but you actually know very well what you want and you are strict to yourself.

That is why there is 4 years between this album and the previous one. We had recordings ready, but for me it was just not enough for a whole album. But afterwards, when you listen to it again years later, it appears that you were a bit too strict to yourself. Sometimes you think: I want that, and you no longer listen to what you have. Then you don’t release things that are actually good, but are just not what you want at that moment.

In the same interview, his wife also said that J. J. Cale regularly used a whammy pedal, I do that too! In most cases it’s just a dull pedal though.

“Much of what you find good or bad is the result of social pressure.”

I asked you a few months ago to go to Shabaka Hutchings, but I warned you it could be very bad. You told me a concert doesn’t have to be good for you. What are the reasons for you to listen to music if it doesn’t have to sound good?

I once saw an Aretha Franklin Tribute Band on a ferry to Finland and they didn’t’ play the best versions of those songs. Still, I was stuck on the boat and could not leave, so I actually found it very entertaining to watch. During “I Knew You Were Waiting (For Me)” a tired man in the audience got stuck in his own t-shirt. He was then taken away by 2 muscular stewards. The band just kept playing.

At the fair in Landen a duo with a midi keyboard and a bass guitar was covering Johnny Cash. The atmosphere was somewhere in between a film by the Dardenne brothers and a film by Wes Anderson.

I will soon be taking a car ride from Landen to Vienna. Any suggestions for music in the car?

From Tommy: a podcast about country: ‘Cocaine & Rhinestones’. Highly recommended, stories from the rich history of country music in a broader social context.

The first concert we saw together was Caspar Brötzmann at Rock Herk, although we didn’t know each other at the time. Best concert ever, you said once.

I don’t remember that. I think it was Dead Moon who played for Casper Brötzmann. That made a deep impression on my 15-year-old self. The best thing about Casper Brötzmann at the time was the absolutely ridiculous hairstyle of the bass player. 15 years later I saw him play again, it seemed exactly the same set, amazing.

You called “I Don’t Wanna” by Henry Flynt & The Insurrections the best record of all time.

I don’t have a favorite record or a concert. Even though I might say it differently right after a great show.

Wire music journalist David Keenan called you the best guitarist on the European mainland. Do you ever see yourself make a record without vocals, with just a guitar?

That’s possible. Pre-set concepts and plans for a record never work for me. Better to start from what’s coming than to make plans in advance. It may be that I suddenly make a record without vocals, but not if I plan that in advance.

Bridget St. John said she was bothered by what she calls “unsure metropolitan musicians”: people who always come up with something new out of uncertainty, because they are afraid that people will no longer find them interesting.

Many major city musicians seem to have a lot of confidence. I don’t know if that distinction is factual: people from the city always change styles, rural people play the same thing over and over again. I also don’t know if changing styles is due to a lack or just too much self-confidence.

You have the virtuoso, the musician who can technically play everything. Then they can no longer choose and play all genres together, like Frank Zappa, but boy, who wants to listen to that?

Music as a long conversation, where, for example, you are going to reinterpret a 150-year-old song and thus respond to all those who have gone before you and yet remain within the tradition. A slow, conscious conversation. Maybe in the city the conversation is being conducted faster and by more people? Which makes the metropolitan musician question and answer his peers at the same time? A mix of of noise and buzz. Sounds more on the surface and instead of interpreting a 150-year-old song, making a remix of a song that was made 2 days ago.

The internet has also made everyone a potential metropolitan musician.

My favorite songs of yours are: “Rebound From The Cliff”, “The Water”, “A Good Night Sleep”, that Lou Reed-like song on that compilation LP, the longest song on Teenage Boys, that song that Benjamin Verdonck uses in his new trailer, that song with Bo Diddley on that Fonal album, … but what are the songs that you like most?

I enjoy playing “A Good Night Sleep”. I forget the titles of some songs and there are a lot of songs I forgot how to play. Numbers come and go in my set list.