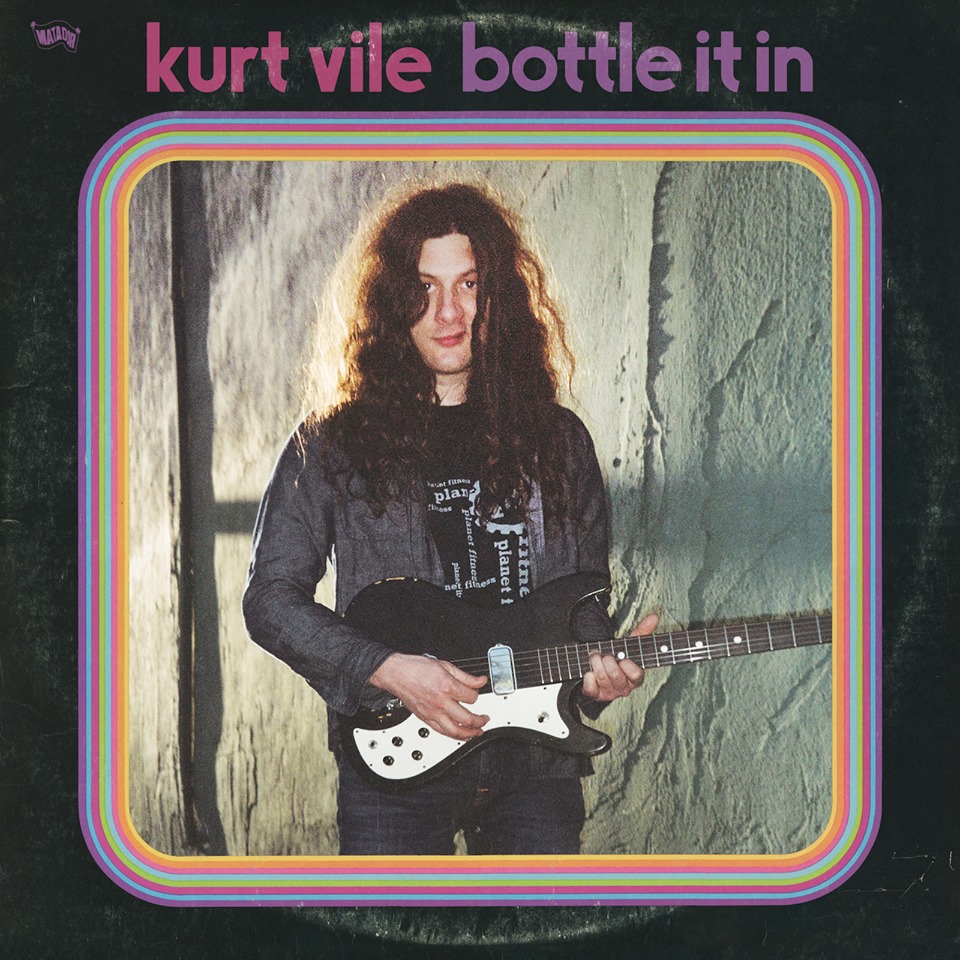 As with the Cocteau Twins, I often wonder how much Kurt Vile I need in my life, as one album is so much like the others, but I simply can’t help myself.

Three of the songs on ‘Bottle It In’ track in at the ten minute mark, making up for thirty minutes of this self-indulgent or perhaps aimless epic hour and nineteen minute affair. All of the songs move through a series of slow paced, slow pulsing chord progressions, coming off as if Vile is slightly stoned, distracted and has completely lost his train of thought, yet in the spirit of a good showman, he musters on, then simply ends his songs or his half remembered train of thought, be it what it is, with no moral victory or not actual conclusion, where each number is like a conversation that will be finished later … or perhaps never.

‘Bottle It In’ comes off like children making up songs to themselves as they play in the corner, and perhaps that’s the charm for Kurt Vile’s music, he’s never gotten older than six, content to ramble through an endless thought pattern of doodling nothingness. Matter of fact, methinks I should write a song about this album, where you may take any of Kurt’s music and insert these words:

Yes, Kurt circumnavigates every block in Philadelphia with his songs and ends up right back where he started, an outward manifestation of a circuitous mind, then showering the world with music and verse that would have gotten him gang-gonged on the Gong Show. While Kurt’s adventures are certainly fun, most taking place in the wee hours of the morning before anyone else is awake, they’re not the sort of albums that inspire a second listen, yet alone a third. Of course the song “Loading Zones” and “One Trick Pony” (sounds sort of prophetic) go down easy, where one would think that these numbers would inspire more of the same, instead of the childlike and very creepy romantic anxiety ridden visions delivered here.

That being said, perhaps there is no emotional compass to be found here, as all of the songs were recorded while on tour, where being on tour is rather emotionless, certainly lacking any sense of place or compass, so perhaps what Mr. Vile’s done on Bottle It In is to send us back a series of monotone postcards, musical snapshots if you will of one wasted day morphing on into the next, where every city looks the same, every stage seems recognizable and an endless chain of radio interviews touch on the very same subjects, then it’s back to the bus and another six hundred miles of the same highways and like minded roadside silver diners.

*** The Fun Facts: To “Bottle It In” is to say that someone has “bottled it”, that they have lost their courage at the last moment and have not done something they intended to do, or in the intended manner.

I’m also not fond of the faux worn out looking record jacket. I go to great lengths to keep my jackets pristine and this just looks unkempt.