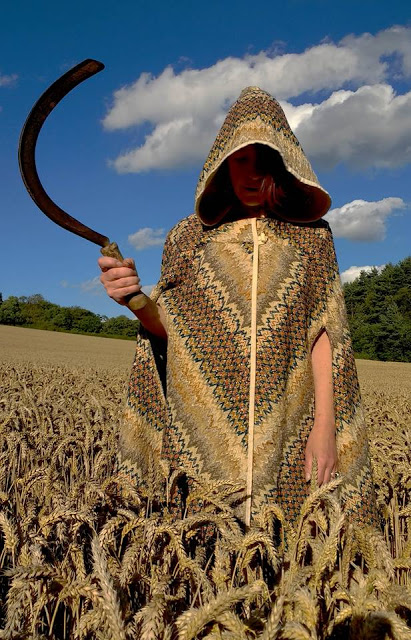 Sharron Kraus is a singer of folk songs, a songwriter and multi-instrumentalist whose solo work and collaborations offer a dark and subversive take on traditional music. As well as drawing on the folk traditions of England and Appalachia, her music is influenced by gothic literature, surrealism, myth and magick. Her songs tell intricate tales of rootless souls, dark secrets and earthly joys, the lyrics plucked as sonorously as her acoustic guitar.
It’s been awhile since our last interview. You recently released a wonderful album. Joy’s Reflection Is Sorrow was released on LP by Sunstone Records and on CD by Nightshade Records.
Hi Klemen, yes it’s been a while – I think I was living in Wales when we last spoke..? I’ve since moved to Sheffield and am enjoying being based in a city again. I’m glad you like the new album!
Can you share some further details how your latest album Joy’s Reflection Is Sorrow was recorded and released?
The album was mostly recorded by James Street (Big Eyes Family Players) and then mixed together with Dean Honer (Eccentronic Research Council, Moonlandingz). It’s a more electric album than most of my previous releases with bass, drums, guitars and synths as well as baroque fiddle, viol and recorder. Usually when I’m recording I play lots of instruments, but for this album, because I had a great band of musicians playing with me, I only played guitar. On vocals I’m joined by Nancy Wallace and Jenny Bliss.
The album was released on vinyl by Sunstone and I’ve done a cd release myself under the name ‘Nightshade’ and am mostly just selling cds through Bandcamp and at gigs.
What’s the concept behind it?
The over-arching theme of the album is the idea that joy and sorrow are entwined and interdependent. It’s been a dark time in the world and I’ve suffered loss in my personal life, so it was important to find ways to remember that and to find the sparks of light in the darkness. 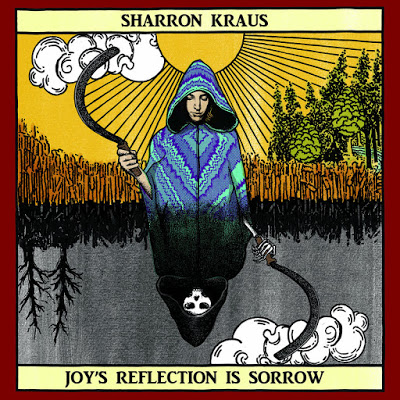 Who is behind the artwork?
The artwork was done by an illustrator called Nick Taylor, who had contacted me a while ago about working with me. I liked his work so when I was starting to think about artwork for the album I emailed him and asked if he was interested in working on that. We had some Skype conversations and developed the idea of the cover together. I sent him some images and he created the finished artwork. I think he did an amazing job.
What would you say influenced you the most to record this album?
It’s hard to pinpoint one thing – there are always lots of things that come together – but the biggest change that happened in my life whilst I was writing the songs for this album was that my father died and I was then dealing with that loss. What was important to me was to remember the good things about him and to celebrate his life and his happy spirit. I wrote “Death and I” specifically to get across the idea that although death robs us of all those we love, the love endures and that’s stronger than death. That was how I felt and I felt it was important to remember that – it helped me deal with the sadness. Even though I don’t believe in life after death, I think in a sense we keep those we love alive, by keeping them in our hearts and minds. 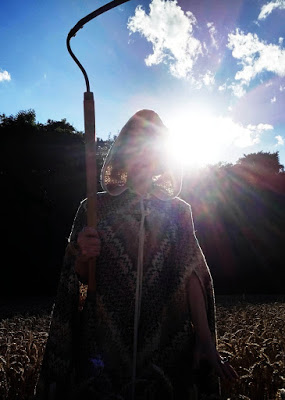 What are some other projects that you would like us to check out? 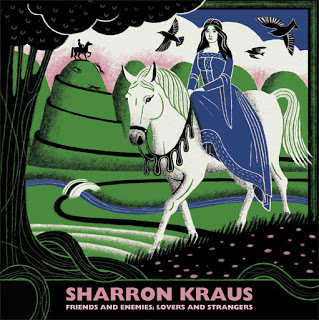 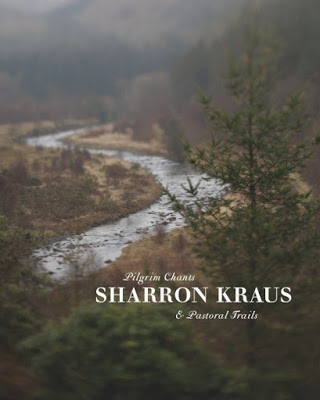 I released a couple of collaborative albums in 2016 – a second Rusalnaia album called Time Takes Away and a collaboration with poet Helen Tookey called If You Put Out Your Hand. 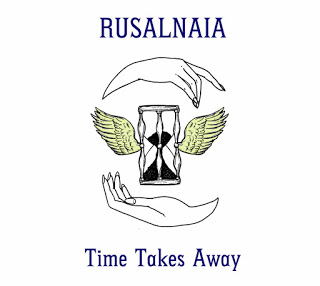 Also I wrote a children’s book called Hares in the Moonlight about shapeshifting. 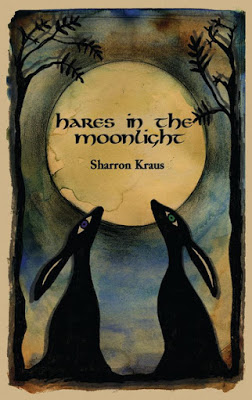 What are some future plans?
At the moment I’m recording an album in collaboration with writer Justin Hopper, working with Jim Jupp (Belbury Poly). Justin published a book called The Old Weird Albion last year and asked me if I’d like to create music to play as a live soundtrack to him reading a section of the book which was about a magical place called Chanctonbury Ring in Sussex. He sent me the text and I loved it and found it easy to be inspired and create music. We performed together a few times and Jim Jupp was at one of the events we performed at, loved what we did and wanted to release an album on Ghost Box. So now we’re recording that and Jim is contributing to some of the music too. That will come out on Ghost Box this summer, hopefully.
I’ll be performing shows with Justin as well as some with my band, and also with a number of other projects throughout the year. One project I’m involved in is a kind of electropop project called ‘Sound of Science’, which is the brainchild of Dean Honer and Kevin Pearce and the shows are us performing songs about gravity, photosynthesis, and other scientific subjects, whilst a team of scientists perform experiments. That’s fun!
I’m also working on a book that started off as a collection of essays I’d written about music, landscape, folklore, etc. I’m hoping to interest a publisher in that project and get it finished by the end of this year. 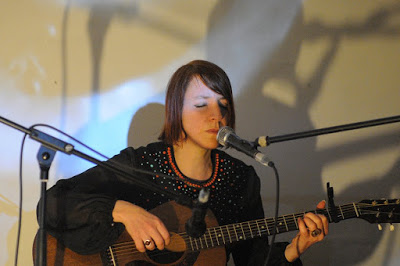 Let’s end this interview with some of your favourite albums. Have you found something new lately you would like to recommend to our readers?
Two of my favourite albums of 2018 were Hawthonn’s Red Goddess (of this men shall know nothing) and Aby Vulliamy’s Spin Cycle. They’re very different albums: Red Goddess is incantory and trance-inducing whereas Spin Cycle is down-to-earth and funny.
Thank you. Last word is yours.
Thanks for the questions!
– Klemen Breznikar
© Copyright http://www.psychedelicbabymag.com/2019
InterviewSharron Kraus