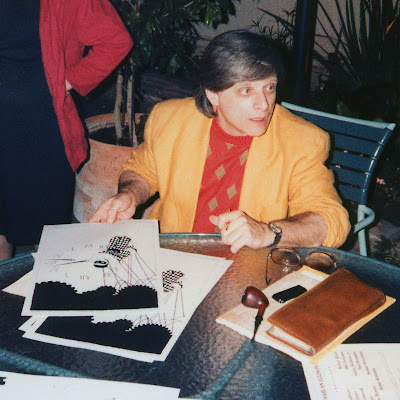 “The Beast That Shouted Love”
He was vast, he contained multitudes.
He hated being called a science-fiction writer even though he was acknowledged as one of the great ones by the likes of Asimov, Bradbury and Silverberg and unquestionably did as much as anyone to advance the field and promote new writers (I discovered his ”Dangerous Visions” anthologies as a 12-year-old, and few books have opened my eyes and mind as much).
He hated drug and alcohol use, and claimed never to have taken a drink, famously going ballistic when accused of drunkenness. But he was the most psychedelic of visionaries, able to describe the most fantastic and outlandish settings and occurrences in movie-like detail. I always felt that an Ellison story was viewed as much as read.
He hated Star Trek, Trekkies and especially Gene Roddenberry but was known for bringing top-level writers to the show and organizing the fan movement that saved the original Trek from cancellation. He also wrote what may be the best-loved episode of the original series, “The City on the Edge of Forever” (though he never forgave Roddenberry for cutting the character of “Trooper,” a Verdun vet who Ellison saw as the philosophical heart of the script). .
He was recently called “a writer of high-quality YA fiction”. But he won major writing awards (both inside and outside the field of speculative fiction) for fiction, screenplays, mysteries, horror, and fantasy.
He carried on a mostly one-sided feud with Rod Serling (they both died on June 28th, 43 years apart). Despite referring to Serling as “incapable of writing his way out of a paper bag”, Ellison revamped and revitalized the 80s “Twilight Zone” reboot. Maybe he just figured he could do it better.
He bragged, loudly and often, about his sexual conquests, in supposed numbers that could rival Gene Simmons. But in the essay accompanying “Love Ain’t Nothing But Sex Misspelled” he described his sexual explorations as the pursuit of true love, which he found for over 30 years with his fifth wife Susan, til death did they part. And he wrote “Lonelyache”, a story of a man whose promiscuity kills his soul
I always viewed his work as filled with a sense of fairness. Almost always in an Ellison story revenge/justice was part of the theme. People who were used and abused found it in themselves to stand up to the bullies on the playground, in the boardroom, and in the family. The Universe sometimes had to step in to make it right, such as in stories like “Paladin of the Lost Hour”. Redemption was another huge theme. Characters visited hell, the void and Scotland trying to atone for what they’d done. Because in an Ellison story Things Had To Be Made Right.
Love, friendship and compassion were repeatedly revisited. In “All the Lies That Are My Life” Harlan describes the corrosive effects of fame and fortune on a lucky man’s relationships. In “On the Downhill Side”, two lonely French Quarter ghosts find and complete each other and are reincarnated when the male ghost’s unicorn sacrifices himself for them. “In Lonely Lands” shows that all peoples of all races at all times fear dying alone. But sometimes compassion takes too much from the compassionate (“Try a Dull Knife”, “Alive and Well on a Friendless Voyage”)
Time was an obsession, most famously in”Repent, Harlequin! Said the Ticktockman”, an inimitable psychedelic vision of a nightmare future that I wish George Orwell had lived to read.
He didn’t always hit the mark. His television criticism, collected in “The Glass Teat” and ”The Other Glass Teat” could be a stimulating read. Or not (column after column after column about how the Smothers Brothers were the only forum for an honest left wing viewpoint on network television, if only Nixon’s minions would Let Them Speak). 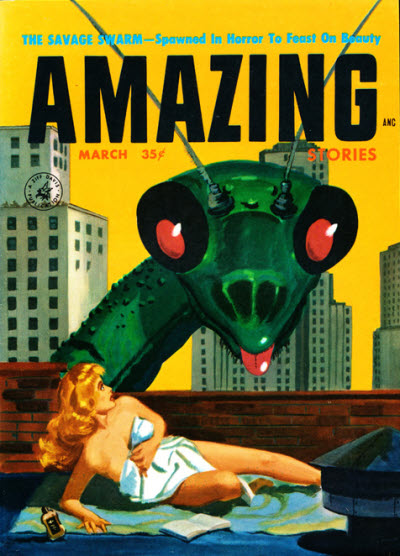 Ellison was a legendary angry asshole who didn’t like fans. But I take exception based on two personal events. Back about 1983 I was reading an Ellison book in the college lounge when a classmate who I didn’t know came over and started telling me about the letter he had received from The Author Himself. Classmate (an aspiring writer who sold his homemade poetry magazine around campus) had written asking for career advice, and surprisingly received a long encouraging letter from Ellison (amazingly, this classmate later became Harlan’s publisher as well as an established author). In late 1985 I attended an Ellison reading at a college outside of Red Bank, NJ. During the meet-and-greet afterwards, I bought a vinyl copy of Harlan reading “On the Downhill Side”, and nervously stood on line to get it signed. He seemed to be a bit bothered by the stoner chick asking about his birth sign and the fans calling out Star Trek questions. When my turn came, I asked him a question about “Memos From Purgatory”, a book which held significant personal meaning for me. Ellison froze in mid-signature, looked up, held my gaze for a moment and answered politely and cogently, adding some background I hadn’t known.
How to summarize the man and his work? His work means a lot to me, and has for many years. He was one of those rare heroes of the teenage self whose work still resonates in middle age. Maybe we start to get old when anger turns to apathy. Thank you, Harlan. For a time you were here and for a time you mattered. And you always will.
– Kevin F. Wozniak
© Copyright http://www.psychedelicbabymag.com/2018
Harlan Jay EllisonKevin F. WozniakReviews